Veganism is becoming far more widely popular and accepted across the globe. There are now so many vegan alternative foods to choose from to make the diet so much easier to maintain.

Living a vegan lifestyle can be done for all of the right choices, but you may find it difficult to locate lots of snacks and sweet treats that are suitable.

Everyone loves to eat candy, and you may think that most candy must be vegan, as they are not made from animal products. 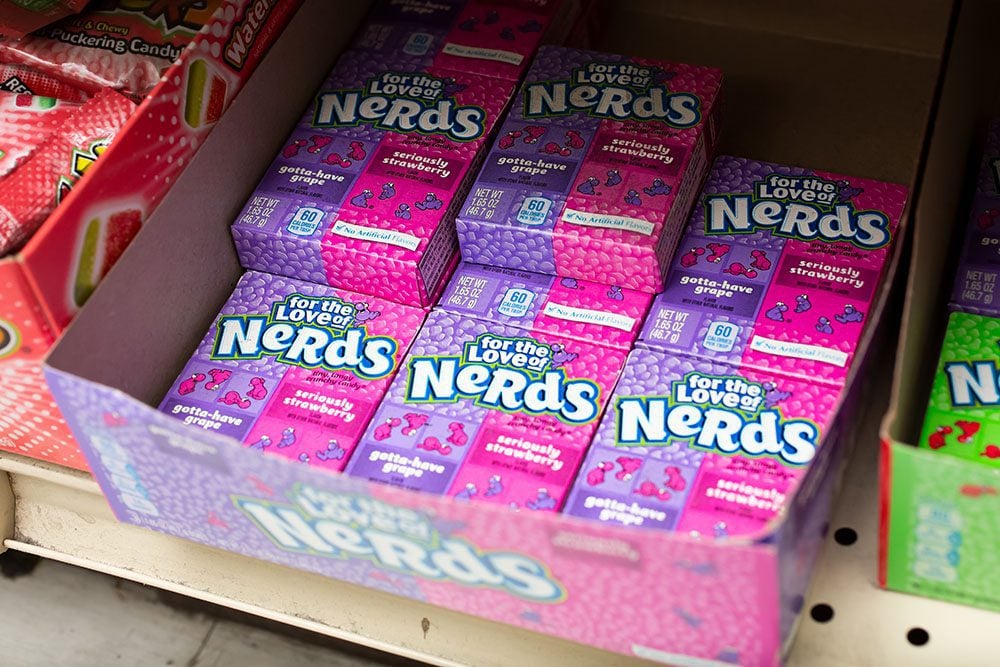 However, you will be surprised how many artificial colorings and flavorings actually come from animal products.

This can make it hard to have faith in your favorite snacks, and you may want to check the ingredient lists of some of the candy in your cupboards!

For instance, many people enjoy the explosive flavor of Nerds from the Wonka candy company.

Nerds are an American candy that comes in neon colors in a unique, small pebble shape. Most come in combinations of two colors and flavors, in a crunchy, tasty, sugary candy bursting with flavor.

Nerds look like little rocks, and are much loved for their tangy, tingly taste on your tongue.

These sweet treats have become so addictive, and are some of the most popular candies in America. So, can a vegan eat Nerds?

Generally speaking, Nerds are not suitable for a vegan diet and lifestyle. Many flavors of Nerds have red or pink food colorings included in the ingredients, which are not strictly vegan-friendly.

That being said, Grape Nerds are actually vegan. If you are a fan of Nerds, then you will want to stock up on the grape variety: 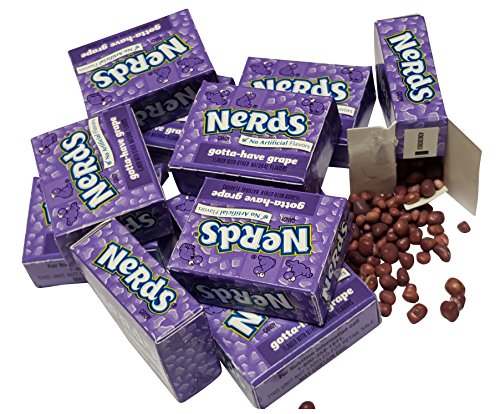 Although the grape flavor of Nerds are vegan, other flavors and the Rainbow pack have multi colors and artificial flavors in them, including carmine, which is not suitable for a vegan diet.

How are Nerds made?

Whilst there is not a lot of information about how Nerds are made and manufactured, there is evidence on the television show Unwrapped that shows employees making the candy with sugar crystals.

In the episode, workers were shown using large barrels that spin the sugar crystals, whilst coating them in layers of sugar to form the unique Nerds shape that we love.

Once the shape is formed, the Nerds are sent to various different areas to add in flavors, preservatives and different food colorings. Once they are flavored, they are sorted into packages and boxes depending on their flavor.

What ingredients are found in Nerds?

The main ingredients found within the vast majority of Nerd flavors are pretty much the same. Most Nerds flavors include:

In addition, depending on the particular Nerds flavor, there may be colors added such as  Blue 1, Red 40 Lake or Yellow 5. These can be unsuitable for vegans.

For the most part, these ingredients are suitable for a vegan diet. For example, dextrose is a sugar made from corn, malic acid is an artificial preservative, whereas corn syrup is a sweetener made from cornstarch.

Therefore, from an outsider’s perspective, the main ingredients found in Nerds are not unsuitable for vegans. The problem lies within the food colorings and additives in some flavors.

For example, most colorings in the red and pink flavor options come from carmine, which is a red food coloring derived from bugs.

Some people believe that carmine is a natural product, however the bugs used do not produce much of the product.

This means that around 70,000 bugs are killed to produce around one pound of the ‘natural’ dye. This makes the additive inherently unsuitable for a vegan.

In contradiction to the popular belief that Nerds can be suitable for vegans if there is no carmine, most of the flavors come equipped with a warning label that states the candy may contain egg, which again, will not be suitable for a vegan diet.

There are some Nerds flavors that may be vegan, however this depends on your beliefs, type of veganism or where your morals extend. This is because of the very gray areas  in where certain ingredients come from, and how they are processed.

For instance, the Watermelon and Cherry Candy Nerds have all of the normal, suitable ingredients for vegans such as dextrose, corn syrup and carnauba wax, but they do have certain colors added to them, such as Blue 1, Red 40 Lake and Yellow 5.

The gray areas lie in the fact that many sugars found in American candy are filtered with bone char. This does not make it strictly an animal by product, but it still is not vegan.

In addition, artificial food dyes such as Blue 1 and Red 40 are debatably vegan.

The actual additives and dyes themselves are actually fully synthetic and made in a lab, but they are sometimes tested on animals, which can render them being unsuitable for vegans.

If these are things that you personally find do not go against your vegan diet, then the Watermelon and Cherry Nerds will be suitable for you to eat. 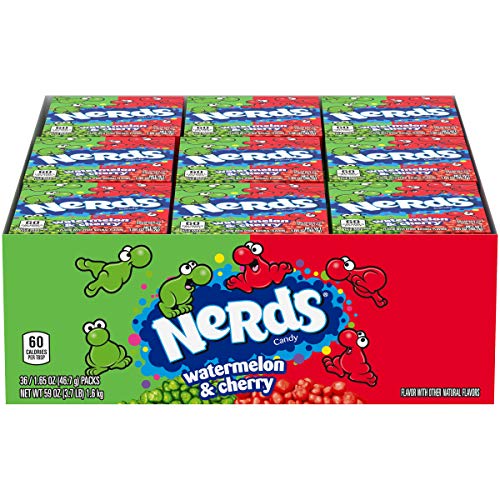 You may be able to maintain a vegan diet and eat the purple or Grape flavored Nerds without a second thought.

However, depending on your personal and vegan beliefs, then you may also try eating the Watermelon and Cherry Nerds flavor.

This particular flavor does contain some added colors that are laboratory made, however some can be tested on bugs and insects, and therefore it depends on your level of commitment to veganism, or what your moral stance is.

Strictly speaking, only the Grape flavor of Nerds are vegan, and all other flavors of Nerds are very clearly unsuitable for a vegan lifestyle, and should be avoided if possible.