One of the trickiest parts of becoming a vegan is overcoming the struggle to find vegan options when it comes to eating out or ordering in.

It isn’t too difficult to make your own vegan options at home when you know exactly what you are putting into the food, but when it is left to restaurants, it becomes much more difficult to find great vegan options.

Thankfully, more and more restaurants are starting to include vegan options on their menus, so there is slowly becoming more of a variety available when it comes to eating out.

Not all food places will offer vegan options, but it can be helpful to create your own list of those that do to avoid disappointment when it comes to ordering your food.

If you have recently turned vegan, then you might be left wondering what food places are the best for vegan options and which to avoid entirely.

There has been a lot of speculation about Jack in the Box Tacos and whether or not they are vegan, and we will aim to address this in this article.

If you are the type of person that enjoys eating out or likes to order the occasional food delivery, then it is really helpful to know where the vegan options are, to avoid endless hours of searching. 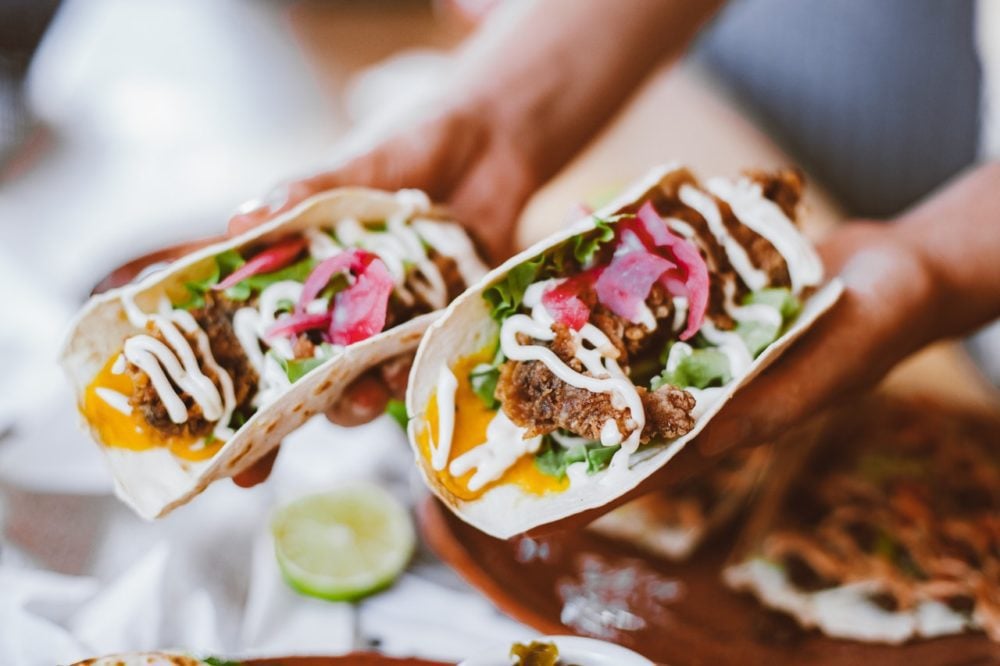 What is Jack in the Box?

Jack in the box is an American fast-food restaurant chain that has been around for quite a long time.

There are over 2000 of these restaurant chains that span across the United States, and you can expect to get food like chicken tenders, French fries, burgers, and tacos here.

They are a highly rated fast-food chain that provides a wide variety of food that appeals to more people. You can eat in at their restaurants or order food online to be delivered to your door.

Are Jack in the Box Tacos Vegan?

There has been a lot of speculation online that suggests that Jack in the Box tacos are indeed vegan, but unfortunately for any vegans who were hoping to get tacos from here, they are not vegan.

They do contain soy, which is why many people argue that they are vegan, but they do also contain meat and cheese, which are most definitely not vegan ingredients.

There are a lot of vegan options that are made using soy proteins, but this is not the case for the beloved Jack in the Box tacos.

These tacos do contain real meat and other ingredients that are not vegan.

Even if they were meat-free, they still contain American cheese, which also isn’t vegan, and these tacos are not suitable for anyone that is following a vegan diet.

Does Jack in the Box Have Any Vegan Options?

While Jack in the Box does have a large menu with a wide variety of foods available, their vegan options are quite limited. In terms of fried potatoes, there are some options to choose from, like potato wedges, hash browns, French fries, and curly fries, but making a whole meal can prove to be a bit more difficult.

You can opt to enjoy a salad from Jack in the Box if you avoid any of their non-vegan dressings, such as mayonnaise or ranch dressing, but this might not be the satisfying vegan meal that most were hoping for.

You can also choose to remove the meat from some of their meat-containing salads and swap it for something extra, but if you are in the search for a hefty meal, then you might be better off searching elsewhere.