Skip to content
Mix-ups between peppers are common occurrences.

Contents show
Why Do People Think These Peppers are the Same Thing?
Scoville Rating
Varietals
Appearance
Color
Flavor
Plant
Origin and Cultural Emergence
Cuisine
Growing Zones
Nutritional Content
A Bit of a Pickle
Final Thoughts
Related Posts:
Sometimes different types look so similar, it would take a certified expert to tell them apart, but no two peppers have fallen so erroneously synonymous than the banana pepper and the pepperoncini pepper.

If - like most of us - you’ve spent your entire life believing these peppers were one and the same, get ready for some spicy revelations as we discuss all the things that set them apart.

Why Do People Think These Peppers are the Same Thing?

It’s really no surprise these peppers are confused with one another.

They can in many cases look extremely similar, they both originated in the Americas, and when pickled, they can be truly indistinguishable.

Matters are further confused by the fact that pepperoncini in Italy is more of a general term for hot chili peppers.

To the rest of the world, this word refers to a specific pepper also known as Friggitelli, but the name evidentially carried some of its native ambiguity along with it.

Let’s get right down to business and explore the dichotomy between these kinds of peppers in terms of spice.

Standard varietals of both the banana and pepperoncini pepper measure up to 500 units on the Scoville scale, which is very mild. To give you a bit of context, jalapeno peppers measure between 2500 and 8000 SHU.

I know what you’re thinking...at this point, they do indeed sound like the same pepper, but when we consider the low end of their Scoville spectrums, we begin to see an end to their parity.

Some banana peppers can measure a big fat 0 SHU, meaning, they don’t even have the faintest hint of spice.

Pepperoncini, on the other hand, never fall below the 100 SHU threshold, so if you’re looking for heat, they’re your best bet...or so it may seem.

When we examine some of the banana pepper’s varietals, a very different picture is painted indeed. The Hungarian wax pepper is of particular interest.

Ranging between 1000 and 15000 SHU, it’s by far the spiciest banana pepper in the world, and in its mildest form will always be at least twice as spicy as the most powerful pepperoncini pepper. 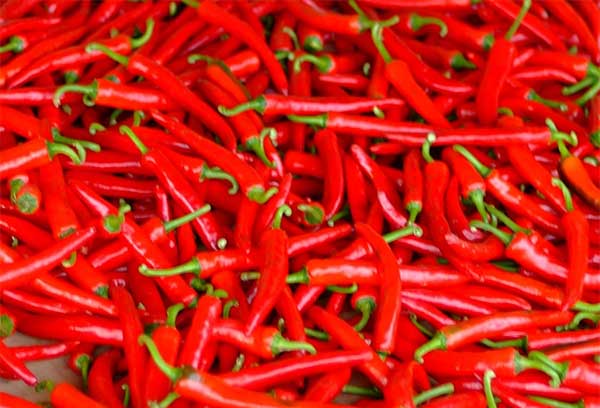 Both the pepperoncini and banana pepper comes in two general forms, but the way they’re categorized is completely different.

The banana pepper is also more commonly hybridized with other spicier peppers.

Here’s where most of the confusion arises.

Although some hot banana peppers can grow as long as 6 inches, both of these peppers normally measure 2-3 inches when mature and look an awful lot like bananas due to their crescentic shape.

They’re not completely identical, though. They’re both thickest around the calyx, but pepperoncini taper out into a thin but bulbous apex, whereas the banana pepper’s apex comes to more of a point.

By far the easiest way to tell a banana pepper from a pepperoncini pepper is the texture of their skin. 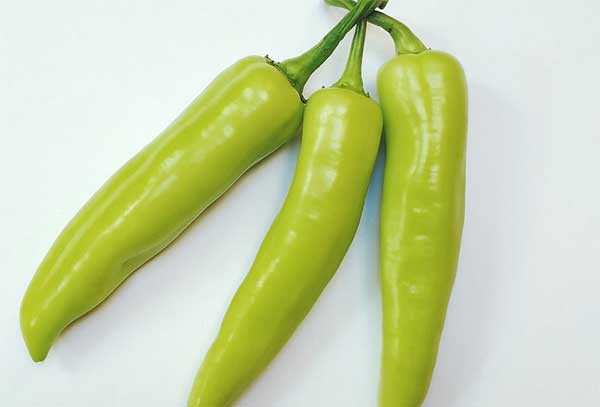 While it’s true that both of these peppers follow the usual color progression as they mature from green to yellow, and from yellow to orange, then from orange to red, they’re commonly harvested at different points.

Banana peppers are typically harvested when they’re bright yellow because the bitterness of their nascent green period gives way to a sweetness yet to totally eclipse their heat.

As they mature towards their red finality, their sweetness grows while their heat dissipates. Yellow also reinforces the banana pepper’s name and makes them more appealing to consumers.

You’ll mostly find pepperoncini peppers with green, greenish-yellow, or deep red hues. Pepperoncini peppers are at their spiciest when they’re green, so it makes sense that they’d be harvested at that point in their ripening process.

Red ones, having stayed on the vine for longer, will have sweetened.

If you really want to glean a deeper understanding of the differences between these peppers, you’re going to want to just give them a try.

Both are widely considered sweet peppers, but the banana pepper is minutely sweeter than the pepperoncini.

Pepperoncini are sharper, even noted to hold a hint of bitterness at times, especially the Italian variation, but they also tend to be more succulent than banana peppers.

When pickled, it’s unlikely you’ll be able to tell these peppers apart because the pickling liquid has overpowered differences in flavor that were subtle to begin with.

There is very little difference between these peppers’ respective plants. Their stems are roughly the same thickness, they both produce white flowers, and their leaves are the same shape.

Other than the peppers themselves, the only way to tell them apart is that the pepperoncini plant can grow as tall as 30 inches, while banana pepper plants generally reach between 12 and 24 inches.

While it is true that all peppers come from the Americas and were famously distributed throughout Europe by Columbus and other Italian and Portuguese explorers, the two peppers in question had largely separate fates when they arrived.

Banana Peppers weren’t exactly adopted by the nobles as their exotic snack of choice, but due to pepperoncini peppers’ burgeoning ubiquity and compatibility with the Italian climate, they were cheap to buy and easy to grow, becoming a staple food of the lower classes of Italy in the 1500s.

To be frank, these peppers can be used in a lot of the same meals due to their similarity in both flavor and heat.

You can expect to find them as pizza toppings, blended in pizza sauce, raw in salads and sandwiches, in adventurous Italian pasta dishes, and in stir-fries.

Their subtle differences do mean each of them is more suited to some meals than the other.

For instance, pepperoncini peppers are crunchier and juicier, making them the perfect choice for spicing up a salad, while a banana pepper, thanks to its thick walls and smooth texture, is much better for stuffing and roasting.

There is quite a bit of overlap in the climates these peppers can grow in, but banana peppers are definitely the most versatile of the two.

They prefer consistently warm weather (not too hot) but they can be cultivated in literally any USDA growing zone. Pepperoncini peppers need planting in hardiness zones between 8 and 10.

Either of these peppers makes for a super nutritious snack, so you really can’t go wrong from a health perspective.

They’re both rich in vitamin A, C, and B6; they’re loaded with iron and calcium, and they have the same 1 gram of fiber per 30 gram portion.

It may even reduce the risk of cancer. Capsaicin is the component of peppers that creates spice, so neither of these peppers has it in spades, but existing at an overall higher level of the Scoville scale, Pepperoncini peppers are likely to contain a greater amount.

Banana peppers are slightly more calorific, but it’s a completely negligible amount...we’re talking a fraction of a calorie, a 33-gram pepper will contain roughly 9 calories.

A Bit of a Pickle

Being a sweet Italian pepper, both banana and Italian pepperoncini are perfect for pickling, but remember that pickling will reduce their nutritional value and significantly boost sodium levels.

My family loves the pickled pepperoncini in olive oil and pickled banana peppers too. A pickled pepper is a versatile pepper on a sandwich.

There’s no doubt about it, these peppers are incredibly similar, but even if their differences are subtle, they are definitive, and now you know exactly how to tell them apart.

The texture of their mature skin is the dead give away, but as you now know, there are plenty of covert little discrepancies too. These peppers are different than the chili pepper, bell pepper, and jalapeno pepper. This Tuscan pepper is one of the hot peppers used in many a recipe. Use them on antipasto platters. A sweet banana pepper made into banana pepper rings is delicious. Fresh banana peppers are awesome. Enjoy!