Getting your 5 a day is essential for the sake of your wellbeing. In fact, broccoli is one of the best vegetables that you can find! Of course, anyone who loves broccoli will know that the head of a broccoli is pretty large.

Contents show
Does Broccoli Go Bad? How to Know When Broccoli is Bad
How Long Is Broccoli Good For?
How Do I Make Broccoli Last Longer?
Should I Freeze Broccoli?
Conclusion
Related Posts:

If you have a small household to feed, especially if they turn their noses up at broccoli, you may have a hard time finishing an entire head of broccoli.

Alternatively, perhaps the local farmer’s market looked appealing to you one day and you bought a whole heap of broccoli at the last minute. 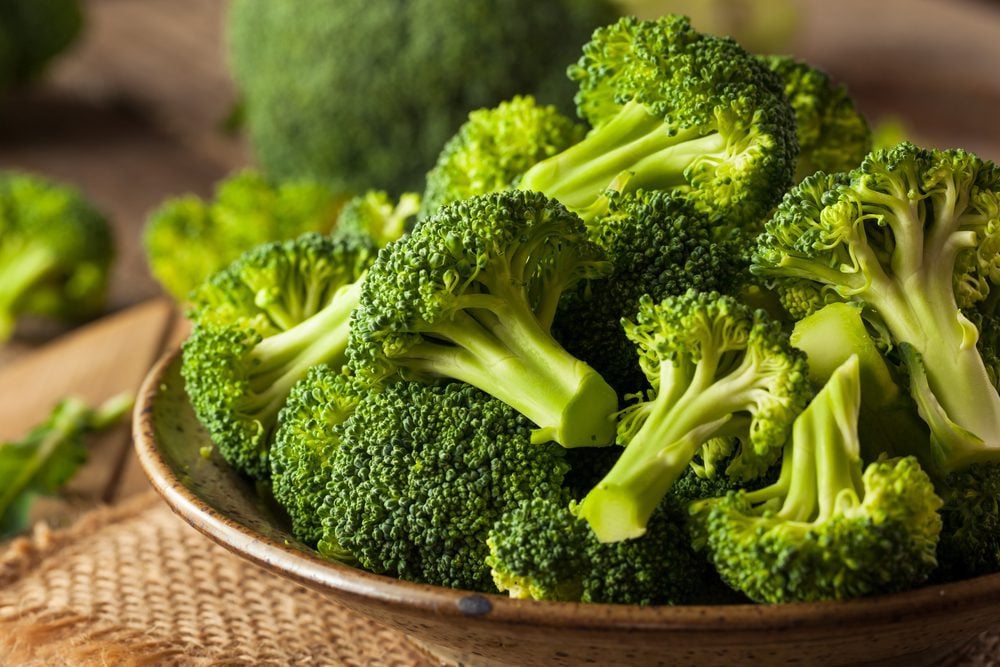 Now you’re left with a number of broccoli heads to eat but you only eat around one or two broccoli heads a week. You may be wondering if it’s possible for broccoli to go bad?

If it does, how can you store it in such a way to make it last for a longer duration of time?

These questions are common when you’ve gone a bit overboard when buying your broccoli.

Thankfully though, you are certainly in the right place to get the answers that you need. Here’s everything that you need to know about whether broccoli can go bad.

Does Broccoli Go Bad? How to Know When Broccoli is Bad

Among fresh vegetables, chopped raw broccoli isn't some holy grail. Sure, it's good for your health, but it's still organic. Like any other cruciferous vegetable, it will go bad after some time. The best thing to do is to know when it has gone bad so you don't end up eating expired broccoli.

The most obvious indicator that broccoli has gone bad is mold and develop a bad smell. If you have kept the broccoli for a long duration of time, there's a strong chance that little fuzzy white mold spots will crop up on the broccoli. Mold on broccoli is your first clue it's gone bad.

Now, if there are just one or two of these mold spots it shouldn’t be too much of an issue - you can simply cut these affected parts off, and the rest will still be okay to eat.

If the entire broccoli head is full of these mold spots then it's a good indication that you need to toss that broccoli - not to a Witcher, but into a garbage can. You have bad broccoli, spoiled broccoli or rotten broccoli.

If you notice any brown or black spots on the broccoli sprouts then you should also throw it away.

That’s not the only thing that you should take note of, however. You should also look out for things like color changes.

If you are noticing that the broccoli is starting to look a little bit yellow, it’s a good sign that they’re due to cross the rainbow bridge, or wherever else broccoli florets go in the afterlife.

It’s worth mentioning that it is possible to eat yellow broccoli florets and it won’t harm you at all, but they do have a bitter taste which isn’t very appealing to many people.

In most cases though, you can usually cut off the yellow bits if the rest of the broccoli head is okay. If it is entirely yellow then you should probably throw it away.

The texture is worth paying attention to as well. You will tend to find that there is a firmness to fresh broccoli. If the broccoli in your fridge is starting to feel a little more mushy, then it may not be a good idea to eat it.

It does tend to yellow before it becomes less firm however, so it’s worth looking out for that color change first and foremost.

If it’s green and a little mushy then you need to figure out what you want to do with it. It may not be a good idea to eat it totally raw, but you could cook it and it would be fine.

If the broccoli has been cooked already, you should check if the broccoli is starting to look moldy. This is a good sign not to eat it.

How Long Is Broccoli Good For?

In general, you can expect raw broccoli to be fine for around one to two weeks if you put it in the refrigerator. It’s not an awfully long time, so you’ll need to find some other form of storage if you aren’t likely to eat the broccoli fast.

Something like cauliflower is likely to last much longer.

Now, this obviously isn’t a solid answer which may not be super helpful to you, but sometimes a vague answer is better than nothing at all.

In some cases the broccoli may turn moldy or yellow after around a week, or it may stay fresh even after two weeks. It depends on the broccoli in question.

In general though, it’s in your best interest to try and eat the broccoli in just a week. Don’t just assume it’ll last the entire two week duration.

If you have raw broccoli leftover then it’s best to eat them no later than 5 days after putting them in the fridge.

Try and work it into your meals so you don’t end up wasting it.

You can usually keep cooked broccoli in the fridge for around a week, but you can freeze it if you need it to last longer than this.

How Do I Make Broccoli Last Longer?

Storing the broccoli correctly is key if you want it to last longer. The first thing to note however is that it’s a bad idea to wash the broccoli before storing it.

Just put the broccoli straight into the fridge. It works well in the fridge thanks to the cooler temperature. It’s going to turn yellow very quickly if you leave it out at room temperature, however.

There are a number of different ways that you can refrigerate the broccoli. Many people will advise that you should put it into a plastic bag, while there are other people that you should just put it straight in there.

Most of the time when you buy broccoli it will come in some sort of bag though, and it’s usually okay to leave it in that bag if you want to.

It’s also okay if the broccoli hasn’t been wrapped. All you need to do is put it into the vegetable drawer and monitor it through the week. Put it in a resealable freezer bag if it starts to go bad more quickly.

It’s really simple to store cooked broccoli too. Just put it into an airtight container and seal it, putting it right into the fridge until you want to use it.

Alternatively, you can freeze your broccoli.

Should I Freeze Broccoli?

If you aren’t going to eat your broccoli on time, freezing is a great option if the broccoli has been cooked already.

It’s a lot harder to freeze it if it’s raw though since you’ll need to blanch it first, which can take some time. It’s better just  to bulk cook it then toss it into the refrigerator.

Thankfully though, freezing broccoli is a simple thing to do.

First, wash your vegetables, cutting them into sections - the florets and the stalks. You can prepare them in advance as usual as this means it’ll be okay as soon as it has been thawed.

Once you have done this, put the broccoli into a pot of boiling water and allow it to cook. It shouldn’t need more than 5 minutes of boiling, and that’s if it’s a large floret.

After this, get a bucket of cold water and some ice cubes, and put the vegetables that you have cooked into the icy bucket. Then it’s time for draining. Put them onto a kitchen towel, allowing them to dry off for anywhere from 10 to 15 minutes.

You can get rid of any extra water using some paper towels.

Put the vegetables into some sealable freezer bags. Put the equivalent of one meal’s worth of broccoli into each bag to make it easier to take it out when you need it. Then, seal the bags and label them, putting them into the freezer. You now have frozen broccoli. You can do the same with carrots.

You’ll just need to toss it into a dish frozen or thaw to cook.

Broccoli can indeed go bad. By following the information listed above, you can make your broccoli last longer and know when it’s going bad. If all else fails, put the broccoli in the freezer!