Lobster is known to be something that you can order at a fancy restaurant, but many people have never tried it. If you have ever wanted to order lobster when you were out for dinner, but were worried that you might not like it, you might be left wondering what it actually tastes like.

Even though it is a popular dish, there are lots of people that have never ventured into trying it, and it does have a taste that might not be for everyone. It can be quite intimidating if you want to try it for the first time, especially as it is typically on the higher end of the price scale. 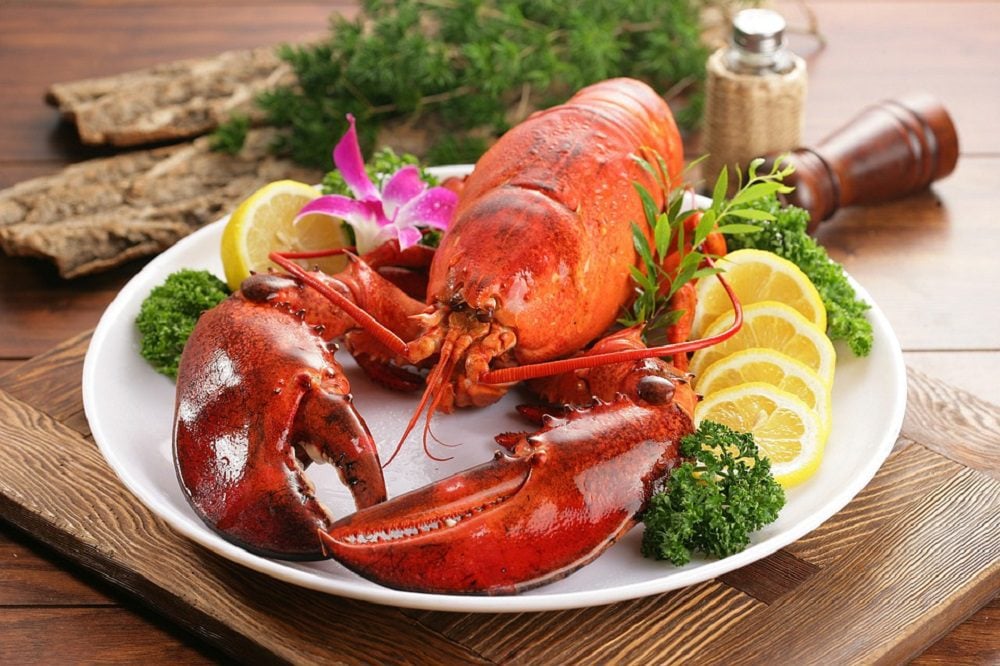 A lobster is part of the crustacean family, and they have long bodies with muscular tails. They typically like to live in crevices or burrows on the sea floor, and they are often served in nice restaurants or in coastal areas.

Lobsters have 5 pairs of legs, and 3 of these legs will have claws, including the first pair. This set of claws is usually bigger than the others. These claws help them to move around and catch their own prey when they are in the ocean. They usually eat things like mollusks and other small sea animals, including fish.

There are lots of different types of lobsters, but the most common type of lobster is the American lobster. These lobsters are most likely to be found in the waters of Labrador to North Carolina. The American lobster is a commercially available seafood that generally weighs around half a kilogram. They are also around 25 cm in length.

Unfortunately, lobster does come at a higher price tag, and it is a food that is usually served in fancy restaurants and other high-end establishments. So, if you want to try lobster, you should expect to pay a higher price for it than other items on the menu.

It is a common food in many places, but this means that it is in high demand, which leads to the price being higher. These crustaceans are lowering in numbers due to their popularity, which means that the prices are naturally going to increase. The fewer lobsters that are available, the higher the price will be. This is all to do with supply and demand, which is why they charge more.

It is much easier to explain the taste of lobster to someone that has tried other seafood. If you are one of these people, then you can expect lobster to taste like a cross between a cab and a shrimp. This is how lobster is commonly described. You can expect the meat to be firm, but smooth and soft when you bite it, combining both of these qualities for the perfect result.

When lobster has been cooked through either boiling or steaming, it is able to retain the freshness of the sea, which means that it has hints of saltiness that can only be found in seafood. However, it does also have a sweeter flavor profile than some other types of seafood. Lobster does not have a super fishy taste or smell, unlike other seafood.

In addition to this, due to the large amount of protein that is stored in the body of a lobster, especially in its claws and tail, the texture of these areas can seem to be spongier. You should also keep in mind that the way in which the taste and texture of the lobster differ will depend on how it has been cooked. There are also some herbs and other ingredients that are commonly served with lobster to complement and add flavor to its meat.

If you boil and steam lobster, it will be able to retain its plumpness and juicy taste. However, if you were to bake, fry, or grill lobster, it would allow the sweeter taste of the meat to adopt a smokier flavor.

Lobster is not something that people typically eat all the time, and it is more of a meal that is eaten on occasion or as a treat. This type of seafood is often something that one would eat sparingly, especially due to its higher price.

However, if you have decided that it is time for you to try lobster, you might be wondering about the best meals to try. We are going to leave some popular lobster dishes below for you to read about.

Lobster bisque is a dish that will blend together all of the juices and sweetness of a lobster and transform it into a creamy and delicious dish. This is usually served in bread bowls, and it brings a unique flavor to lobster that is not commonly found.

One of the best ways to eat lobster is through lobster thermidor, which is a highly popular meal choice. It is made using a mixture of lobster meat, egg yolks, and brandy that is topped with cheese and baked until it is perfect. This is one of the most enjoyed lobster dishes that there is.

The final dish that is worth a mention is the lobster roll, which is a much more casual choice. Two buttery toasted buns will house excellent lobster meat, bringing you the perfect combination for your choice of sandwich. This is perfect for those that are holidaying or out on day trips that want something on the lighter side.

Some people also swear by a combination of lobster and mac and cheese to create a creamy and luxurious version of a classic dish. The mixture of sweet, salt, and creaminess is sure to satisfy your lobster cravings.