Say goodbye to smoked salmon and cream cheese, say hello to avocado and chili with roasted tomatoes on your vegan bagel.

Contents show
Are Bagels Vegan?
What Goes on Top?
Getting a Bite on the Go
Related Posts:

There’s no need to give up bagels just because you’ve given up meat and animal byproducts, even if you need to switch up your usual toppings a little bit.

Bagels, like many of the staples in your diet, are naturally vegan, but if you’re trying out Veganism for the first time or if you’re generally still new to veganism, 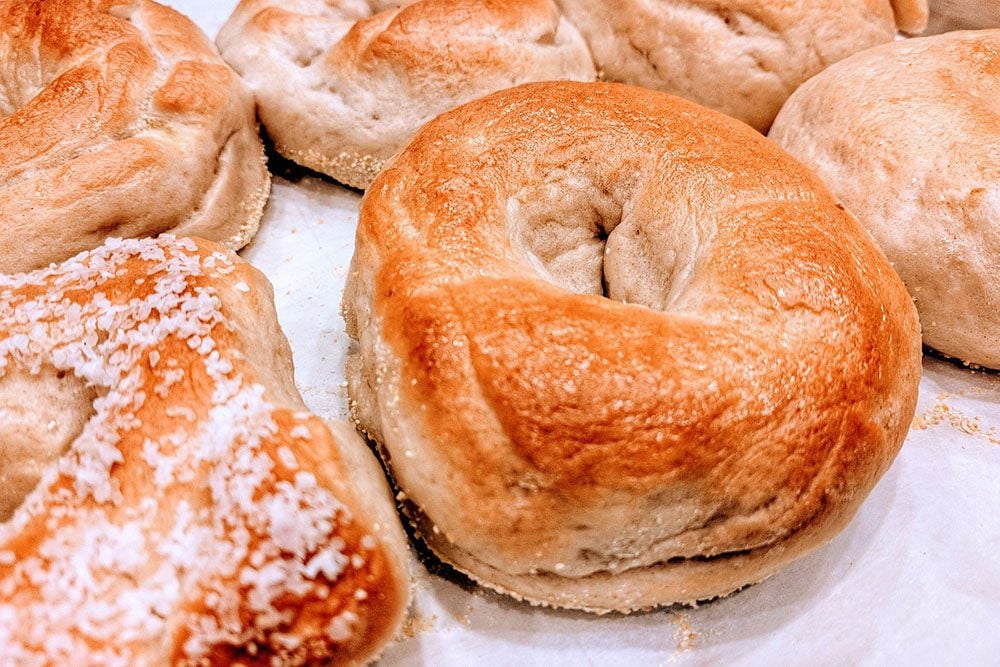 I can understand why you felt the need to ask. In my first few weeks, my entire internet search history was filled with “can I eat” and “is X vegan?” so I can empathize with your efforts to stay on track.

You’ll gradually start to pick up what you can eat and what you should stay away from the longer you stick with it.

Until that point, we’re happy to reassure you that vegans can eat bagels, although it does depend on a few factors.

Bagels themselves are often vegan, with the typical ingredient list consisting of flour, water, yeast, sugar, salt, and occasionally some vegetable shortening. So it depends on the bagel dough. Vegan ingredients are key. No egg or other non vegan ingredients. Homemade bagels are best if you have a good vegan bagel recipe for your vegan bagel sandwich. You'll also need some vegan cream cheese. I prefer cinnamon raisin, poppy seed, or sesame seed or even a good blueberry bagel instead of the store bought bagel brands. Just top with vegan butter and you're in business.

With that being said, there are a lot of variations on the classic bagel, so it’s always best to check before it’s too late.

Some bagel recipes will incorporate foods that are not suitable for vegans.

Some of these will be obvious, for example, bagels that are topped with cheese, but others, such as milk and eggs, are baked into the bagel and might not be discovered until after you’ve taken your first bite.

If this happens, try not to feel guilty or beat yourself up about it. While it can be frustrating to accidentally break your veganism, it’s doing your bit that counts and nobody can be perfect 100 percent of the time.

We all slip up sometimes, just try to remember next time to check the packaging where the ingredients will be listed, or ask your server if you’re eating out.

What Goes on Top?

We referenced two of the most commonly enjoyed bagel toppings in the introduction, which are salmon and cream cheese.

Like these two options, a lot of what could be considered ‘traditional’ bagel toppings are unsuitable for vegans.

Considering the exponential growth of dairy-free products which are now widely available in mainstream stores, if you simply can’t imagine having anything else on your morning bagel you can easily vegan-ize this dish using a vegan cream cheese alternative and smoked carrots to replace the salmon and add that salty flavor.

Don’t limit yourself to just one combination though, as there are so many different ingredients that pair well with the classic bagel. 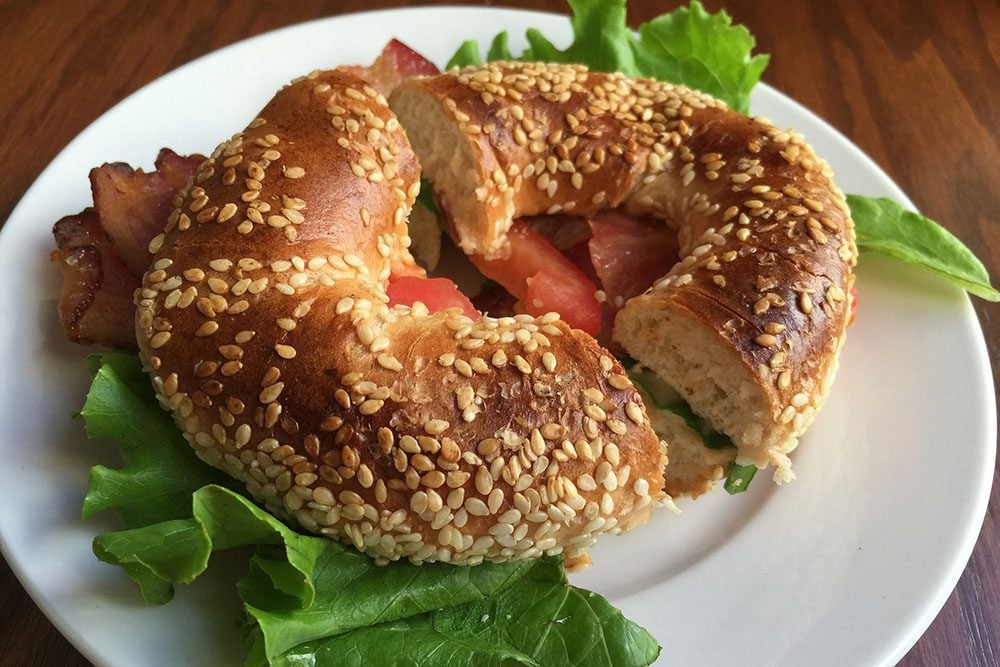 For breakfast, why not have scrambled tofu or an Instagram-worthy avocado spread?

Hummus and roasted vegetables are a great choice for your lunchtime bagel filling, or if you fancy something sweet smother your bagel with vegan dark chocolate spread and some nut butter, or try out the new Lotus Biscoff spread which is an accidentally-vegan treasure.

Why not experiment and try something you’ve never tried before if you can no longer have your favorite bagel toppings?

You never know, you might just find your next go-to bagel order which you enjoy even more.

Getting a Bite on the Go

As we said, there are more and more vegan options popping up wherever you turn.

The selection is still limited, so you might not find a whole shelf designated for vegan bagels, but most places will offer a small variety or at least one option that vegans can eat.

Some of the chain bagel places that currently offer vegan bagels include:

Independent bagel shops or anywhere that they create your bagel from scratch are also great for grabbing a bagel while you’re out and about, as you can build your bagel to include your favorite, vegan-friendly ingredients.

Alternatively, you can make your own at home and take it with you on your travels, as that way you’ll know exactly what’s gone into it.

As you can see, there are plenty of options that will ensure you can still get your bagel fix, even if you’re following a vegan diet.