Everyone has had that moment where they are really craving ice cream, and the only option available is that tub of ice cream that has been hiding in the back of your freezer for months, if not longer. However, is this ice cream safe to eat? Or should you avoid it at all costs?

Contents show
How Long Does Ice Cream Last in the Freezer?
How Can I Tell if My Ice Cream Has Gone Bad?
Can Expired Ice Cream Make Me Ill?
How Should I Properly Store My Ice Cream?
How Long Can I Leave Ice Cream Out of the Freezer For?
Related Posts:

You might notice that it has a slightly different coloring than it did when you first opened it, or that the consistency just doesn’t seem to be the same. The thing that you need to find out is if this is normal, or if your ice cream is destined for the trash. 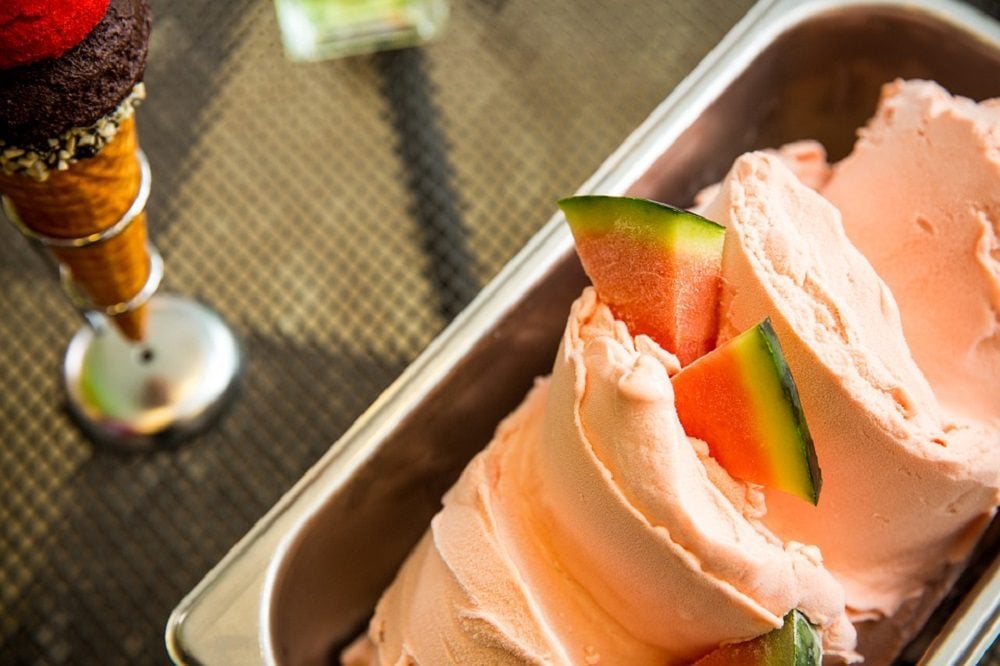 Something that many people are wondering is whether ice cream can go bad, and if you are going to get sick if you eat leftover ice cream from quite a long time ago.

This is something that we are going to look at in this article, so you can find out if your ice cream is safe for consumption.

How Long Does Ice Cream Last in the Freezer?

The answer to this question really depends on whether or not the tub of ice cream has been opened. Ice cream that has not been opened is usually at its best within the first 2 months for the best results when it comes to taste and texture.

However, it would need to be safely stored in the freezer at 0 degrees Fahrenheit. Although this might be the period of time when the ice cream is at its best, this doesn’t mean that you have to throw it away after this point.

Ice cream is still safe to eat for around 3 or 4 months, but the taste and texture might not be exactly the same as they were before. After this amount of time has passed, the ice cream will no longer be safe to eat. If the ice cream is open, you will have around 2 to 3 weeks to eat it before it starts to go bad.

When it comes to ice cream cake, you have an even shorter amount of time to get around to finishing off the cake before it starts to go bad. This type of food must be consumed within a week.

However, if it has not been made using eggs, cream cheese, whipped cream, or butter, then it might last for a little bit longer than a week. It all depends on the ingredients that have been used. Melted ice cream left at room temperature must be consumed quickly just like any frozen dessert. These guidelines apply to anything with an ice cream base.

How Can I Tell if My Ice Cream Has Gone Bad?

It is often wrongly assumed that frozen food cannot develop or grow bacteria due to the colder temperatures, but this is not actually true. The freezing of the food will slow down the growth of bacteria, but it will not stop it altogether.

So, this means that frozen food does expire, it just takes longer for this process to happen. Expired ice cream that has been kept in the freezer will usually start to grow tiny ice crystals, and this is one of the first signs that it is going bad.

If your ice cream has a layer of crystals over the top of it, then it is time to throw it away as it has gone bad. It is not advised to scrape away the crystals and continue to eat the ice cream, but in theory, this could be safe if the crystals have only just started to appear, and they haven’t yet taken over the whole tub.

Even homemade ice cream will eventually go bad. To postpone this for as long as possible make sure you store in an airtight container or freezer bag. Make sure you throw away old ice cream.

Ye, expired ice cream can make you ill, and so can ice cream that has been defrosted and then refrozen again. Eating these things can increase your risk of food-borne illness due to the potential growth of bacteria.

Some of the symptoms of this kind of illness will include stomach cramping, vomiting, diarrhea, and a fever.

How Should I Properly Store My Ice Cream?

The best way to store your ice cream would be in the back of the freezer, as this is where it will be the coldest. You should also reduce the amount of oxygen that your ice cream is exposed to where possible, and do not leave it out of the freezer or allow it to thaw after serving it.

Another thing that you can do to slow down the amount of time it takes for the ice cream to go bad is to place a sheet of plastic wrap over the ice cream before you put the lid back on when you have opened it. This will help to reduce the amount of oxygen that the ice cream is exposed to, reducing the number of bacteria it will grow.

How Long Can I Leave Ice Cream Out of the Freezer For?

You should never leave ice cream outside of the freezer, as there is no rule about how long it can be left out safely. Any amount of defrosting can allow for more bacteria to grow, which is what you want to avoid.