Have you ever been stuck when thinking of foods that start with V? Rest assured that you’ll be well informed after reading this!

We love making lists, and when you start listing out foods, you know you’re going to be in for a fun (and tasty) time. One thing that’s fun to do is to use foods and food lists to teach children their ABCs. You can start with A for one week and eat lots of foods that start with the letter A. Then work your way down the alphabet.

Foods that start with a V require a little more creativity. However, once you get started, it’s easy to keep it going. Think veal and veggie soup. How about vindaloo, and don’t forget venison!

In this article, I will discuss 21 foods that start with V. So, next time you’re playing a game with your friends, you have a lot of answers in your back pocket!

Keep reading to find out more. 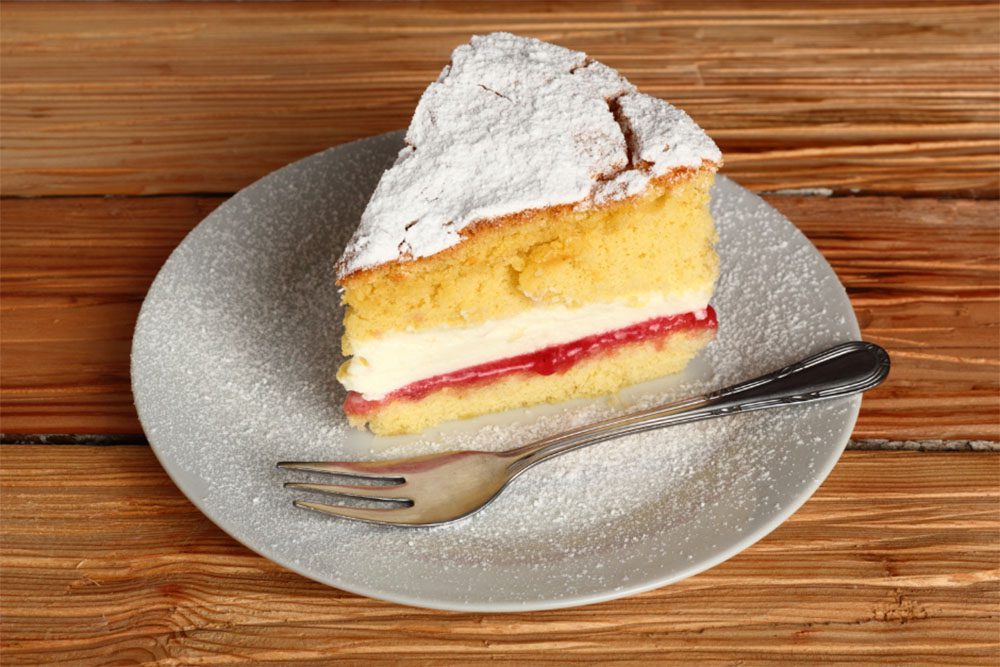 Victoria sponge cake, also known as Victoria sandwich cake, is a British cake that was named after Queen Victoria, as she used to enjoy a slice of sponge cake with her afternoon tea!

This sponge cake is made out of butter, sugar, eggs, and flour, and is decorated with either a layer of buttercream or fresh cream followed by jam.

It doesn’t get much more delicious than Victoria sponge cake! 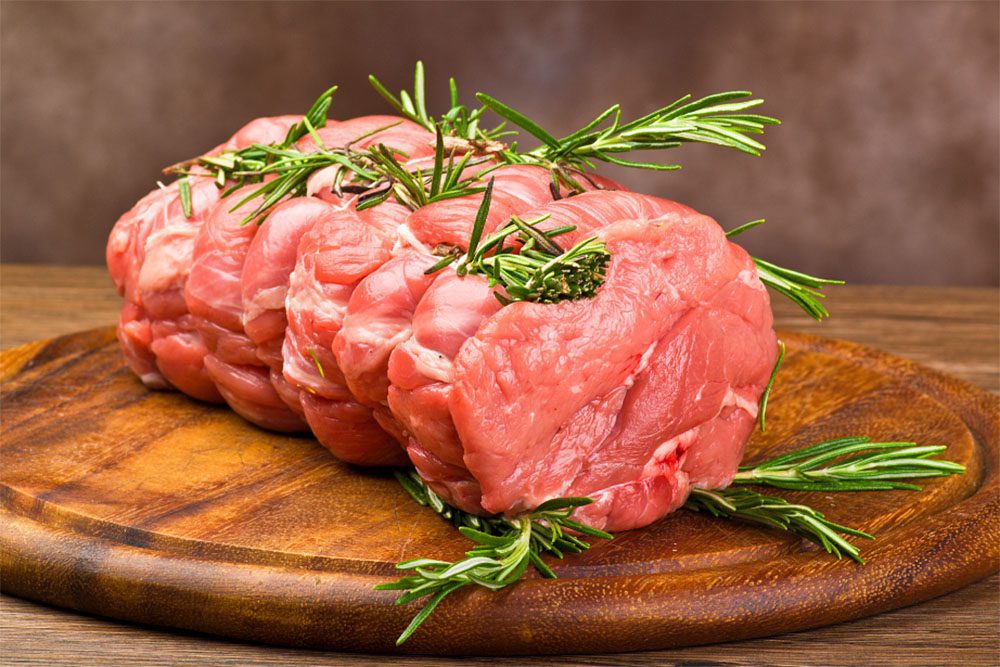 Veal is meat that comes from a calf (young cow) as opposed to beef from older cattle.

The majority of veal comes from young male calves from dairy herds which are not used for breeding.

Veal tends to be more expensive per pound in comparison to older cattle, and it is known for being pale and tender. Veal can be used in a number of different recipes, including lots of Italian food. 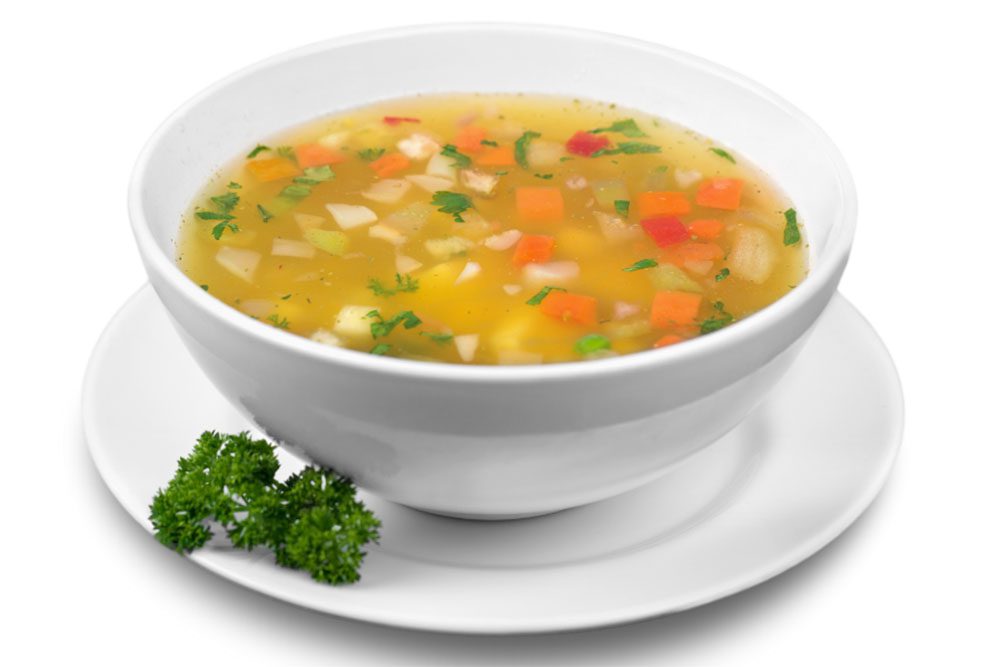 On a cold winter’s day, there’s nothing better than curling up with a warming bowl of vegetable soup.

There are many variations of this dish, but it is an incredibly versatile meal that helps you use up vegetables in the refrigerator! Simply saute your favorite veggies in vegetable oil, boil a broth, and you’re good to go.

Pair your delicious vegetable soup with a few slices of bread with a generous portion of butter, and you’re on to a winner. 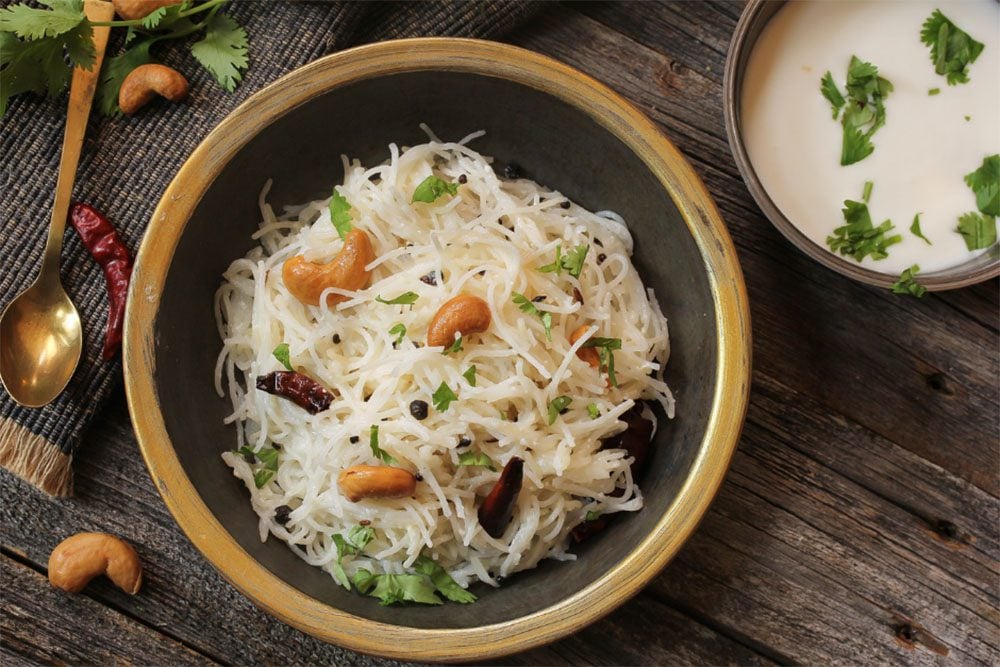 Vermicelli is a traditional type of pasta in the form of long, slender threads that is similar to spaghetti or a noodle.

Vermicelli can be used like any other pasta, and is great to pair with many different types of sauce and fresh ingredients for a delicious, home cooked meal. 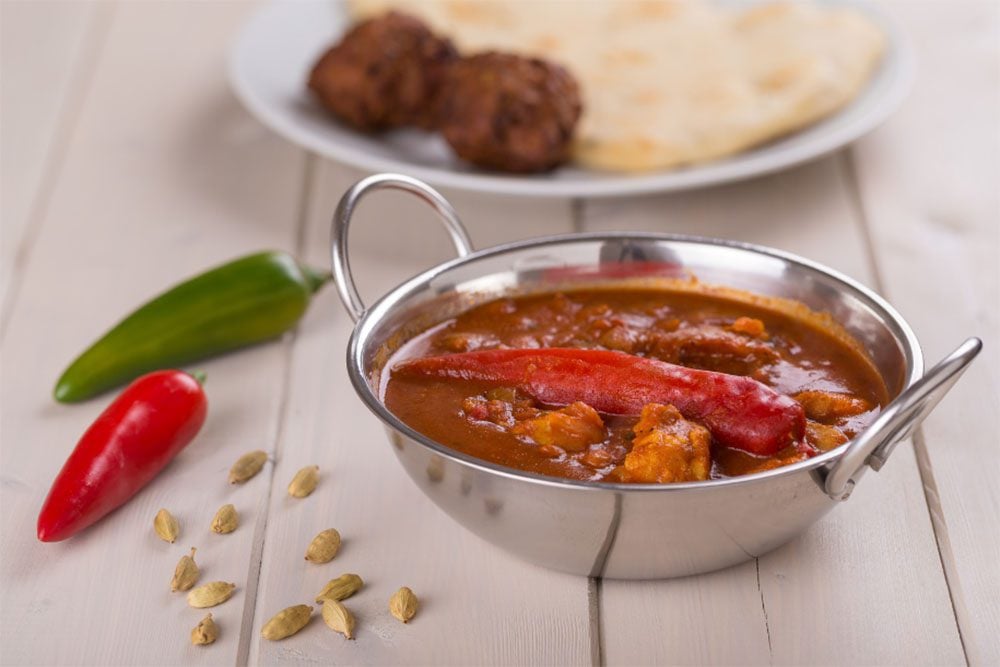 Vindaloo is a hugely popular Indian curry, and is often one of the spiciest Indian foods on the menu at Indian restaurants. The term vindaloo refers to “meat marinated in wine & garlic”, and contains chili pepper, sometimes coconut milk, and a variety of spices.

While the spice of vindaloo can be altered, traditionally speaking, it is a fiery dish that is served with rice. However, you can easily adjust the heat and spice to your preference to make it more tolerable for your taste buds. 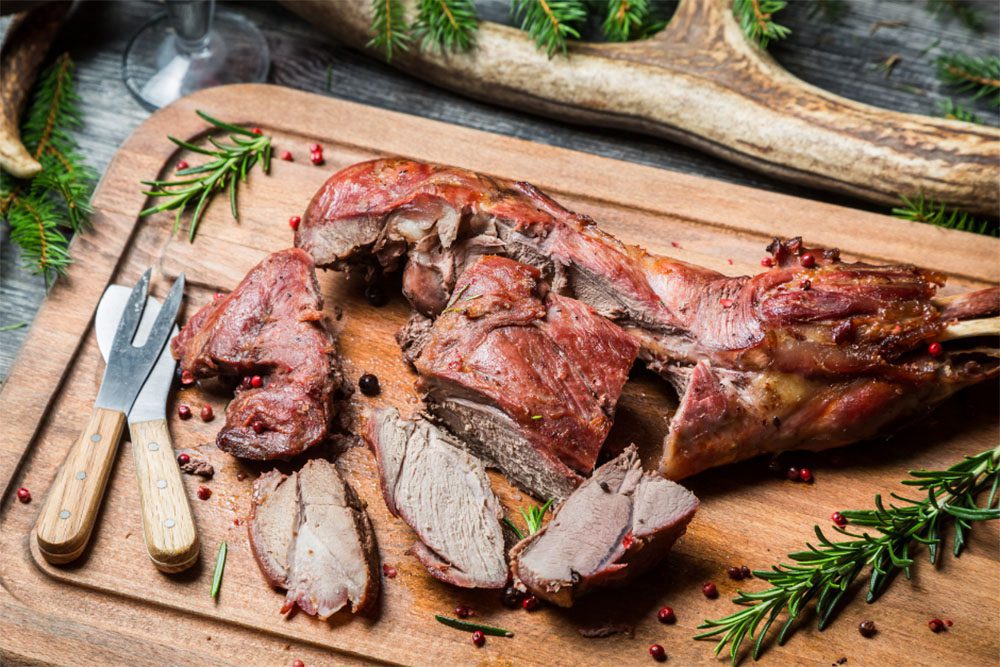 Venison, which comes from the Latin venari, meaning “to hunt,” usually refers to deer meat. That being said, venison can also refer to meat from other large game animals such as elk or antelope.

This lean, game meat has a deep colour and rich flavor that works wonderfully in many different dishes.

Its flavor is reminiscent of beef but is finer in texture and usually offers leaner cuts to cook with. 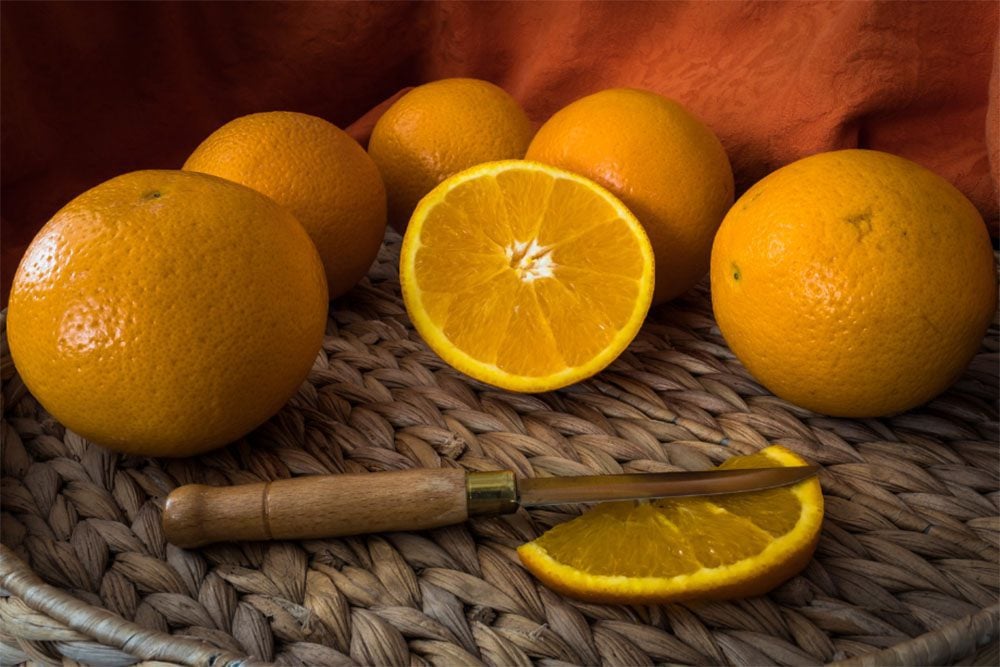 Refreshing and juicy, the Valencia orange is a sweet summer citrus fruit named after Valencia, Spain.

Despite its name, this fruit actually comes from Florida. These oranges are valued for their high juice content and availability outside of the typical citrus season.

Valencia oranges are great for eating alone as a snack, or can be juiced for the most delicious fresh orange juice. 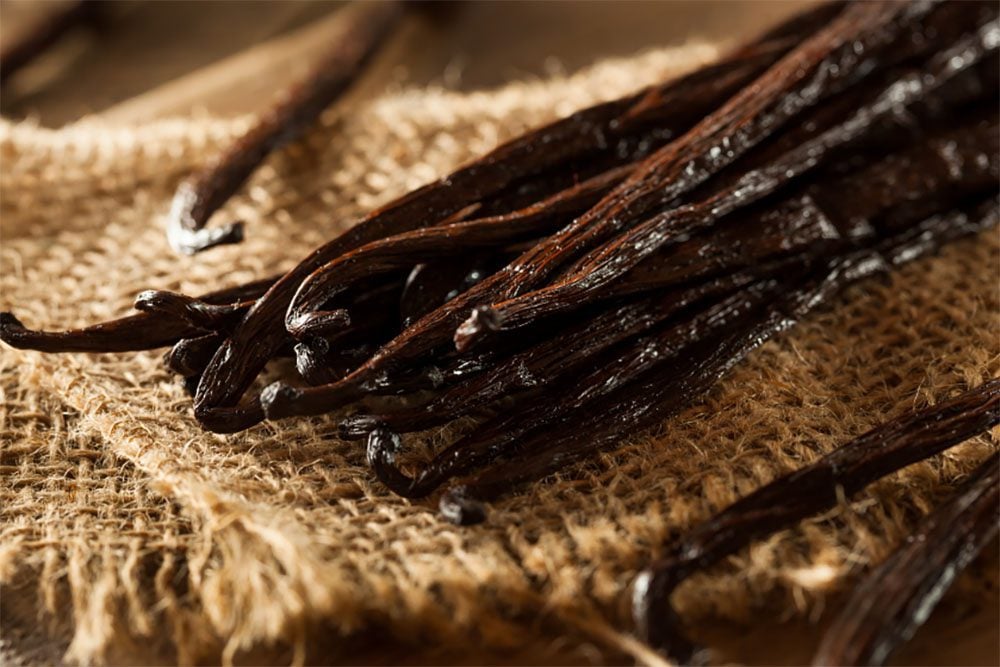 The vanilla bean originated in Mexico. Most vanilla beans available today are from Madagascar, Mexico and Tahiti, and flavor many foods that we know and love such as ice cream.

Each country that produces vanilla has its own distinctive flavor profile and characteristics. However, vanilla beans have a full, sweet, creamy and mellow flavor.

Vanilla beans are great to use in baking for flavoring sweet foods such as cakes, biscuits, and custards. 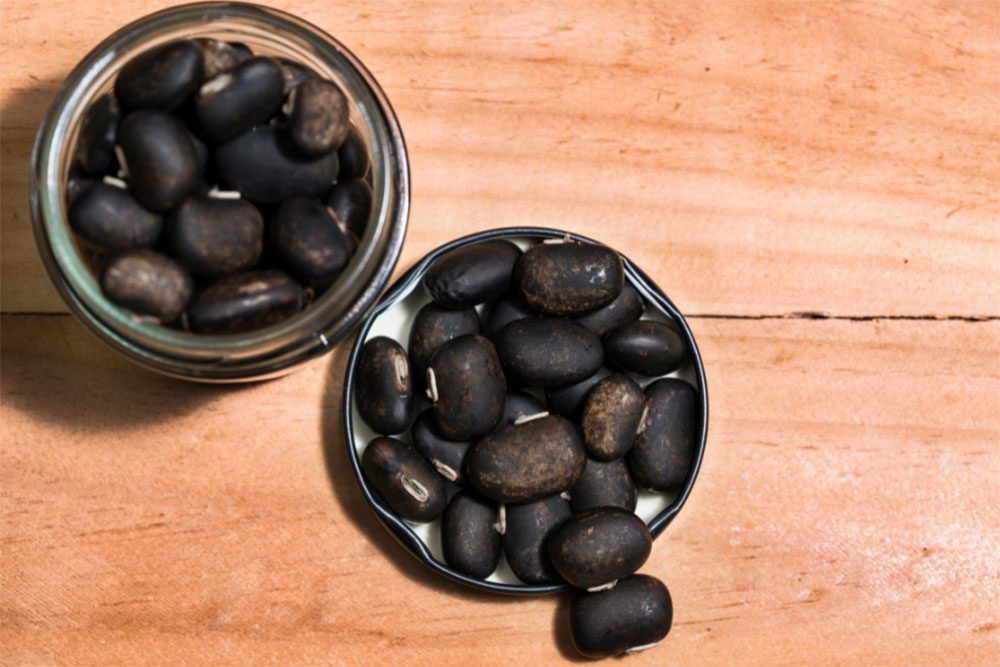 Velvet beans are legumes native to Africa and Asia. Velvet beans are often used as fertilizer for crops, or to feed animals, but locals in Indonesia also eat them themselves.

Velvet beans are often hailed for their medicinal properties, and there are many health benefits associated with them.

That being said, the bean pods have a hairy exterior that can irritate your skin if touched with your bare hands. 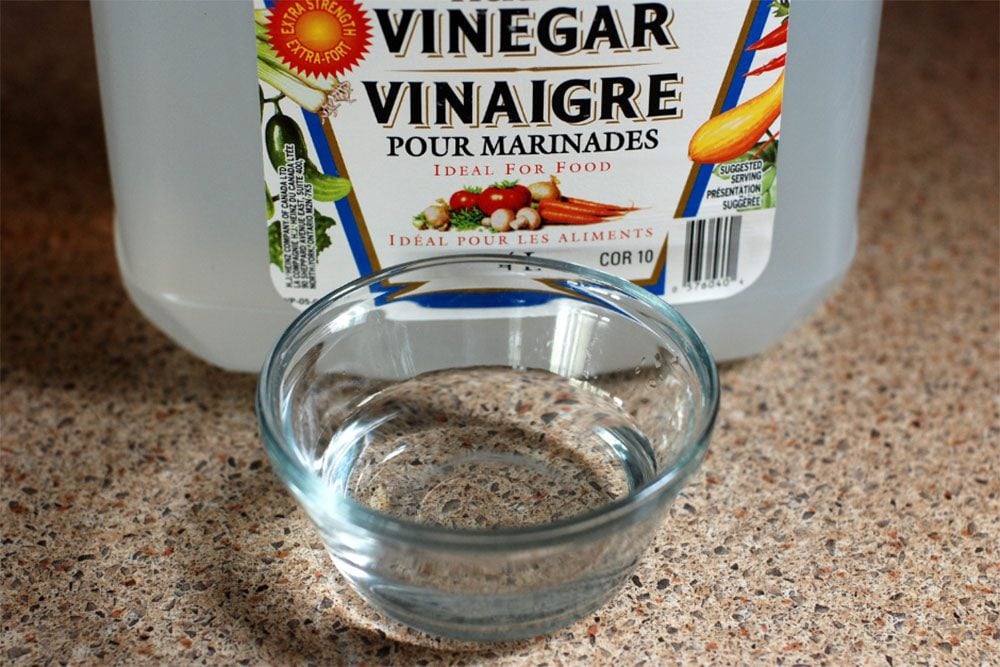 Vinegar is an acidic liquid produced through the fermentation of ethanol by acetic acid bacteria.

Vinegar can be used for a variety of different purposes, including pickling foods, and adding flavor to certain foods. Balsamic vinegar, for instance, is a very dark, concentrated, and intensely flavored vinegar that is often paired with olive oil for dipping with bread!

Whether you’re pickling cucumbers, or want to clean the kitchen, vinegar has you covered. 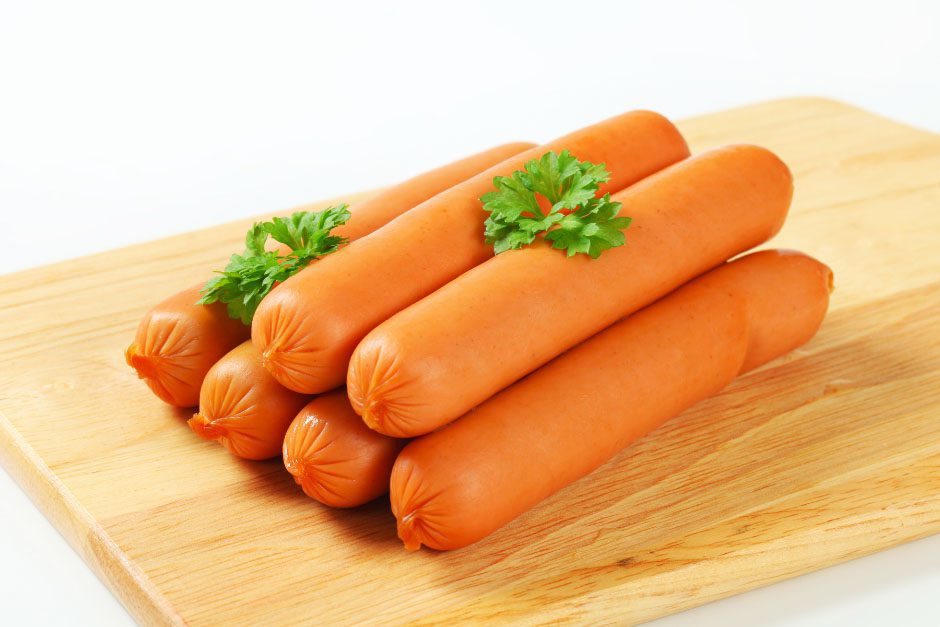 A Vienna sausage is a thin parboiled sausage that typically comes canned. Vienna sausages are traditionally made of pork and beef in a casing of a sheep’s intestine, and then smoked at a low temperature.

They have a taste and texture very much like North American hot dogs or frankfurters but are usually longer and thinner.

While not the healthiest option, these sausages sure are a delight to eat! 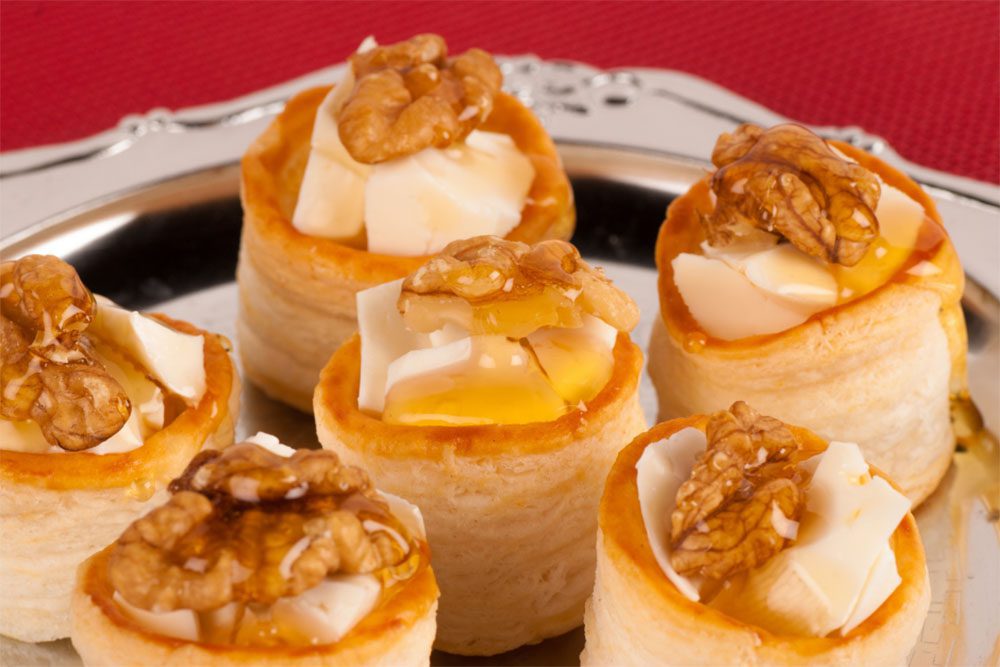 A vol-au-vent is a round case of puff pastry filled with a savoury mixture, typically of meat or fish in a richly flavoured sauce.

Originating in France, vol-au-vents are tasty little canapés often associated with dinner parties. The puff pastry makes them light and means that they are eaten in no time at all! 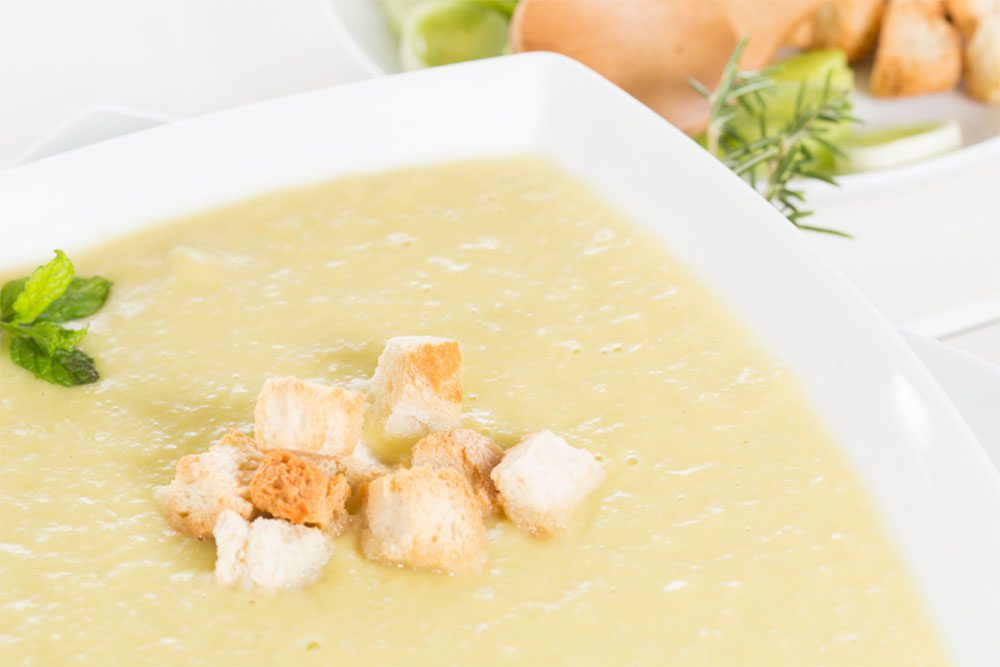 Vichyssoise is a chilled, creamy potato and leek soup that originated in France.

It is traditionally made of boiled and puréed leeks, onions, potatoes, cream, and chicken stock.

This soup can be fairly calorific. The original Vichyssoise is packed full of cream, calling for a quart of broth, 2 cups of milk, and 3 cups of cream, for eight servings.

However, while it is indulgent, there’s no denying that it’s an absolute treat to eat! 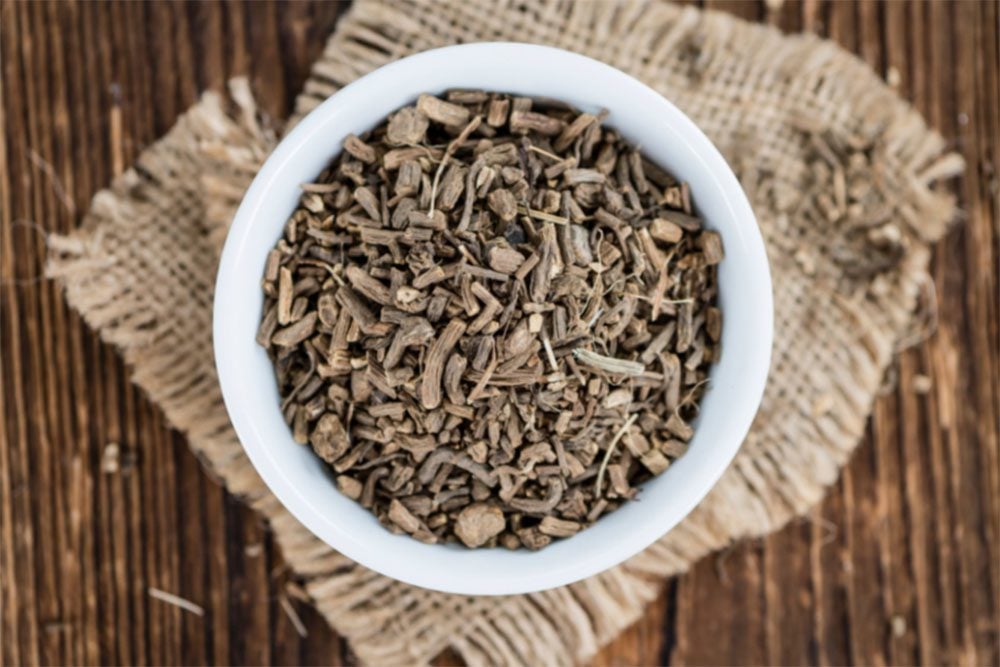 Valerian is a herb native to Europe and parts of Asia, and also grows in North America.

Valerian root is a common ingredient sold in dietary supplements. It has been known to ease the effects of anxiety, insomnia, and stress amongst other conditions. It can be drunk as tea or taken in capsules to help you sleep better at night.

Your last dose of valerian root should be right before bedtime. 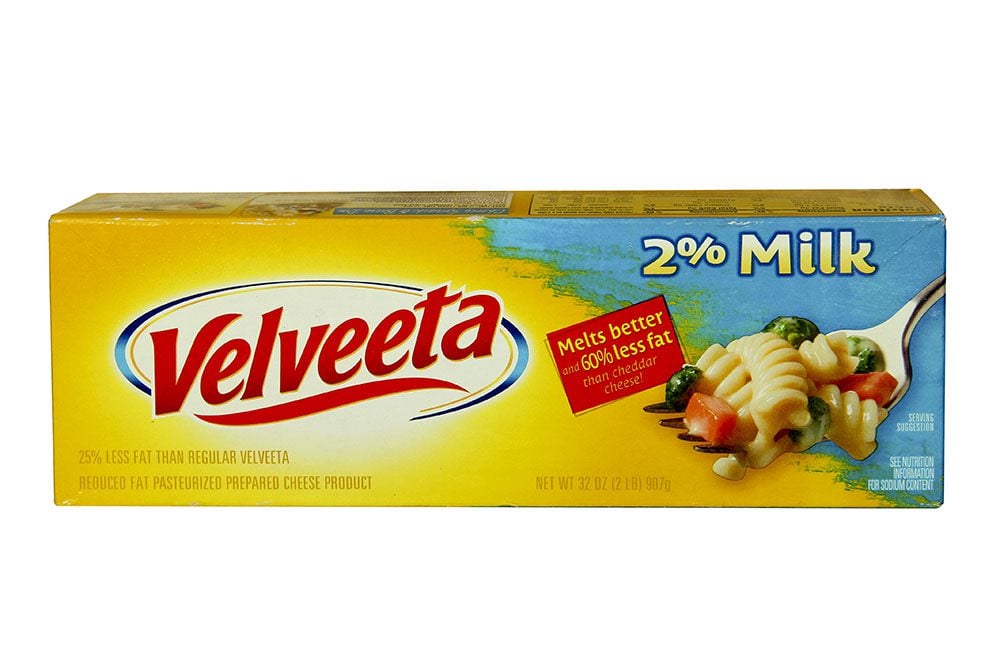 Velveeta is a cheese product that has a similar flavor to American cheese.

Velveeta is smoother and softer than regular cheddar, and is great for making nachos at home.

It can be turned into a variety of cheesy meals, and it also comes in a spray can for pairing with some crackers. 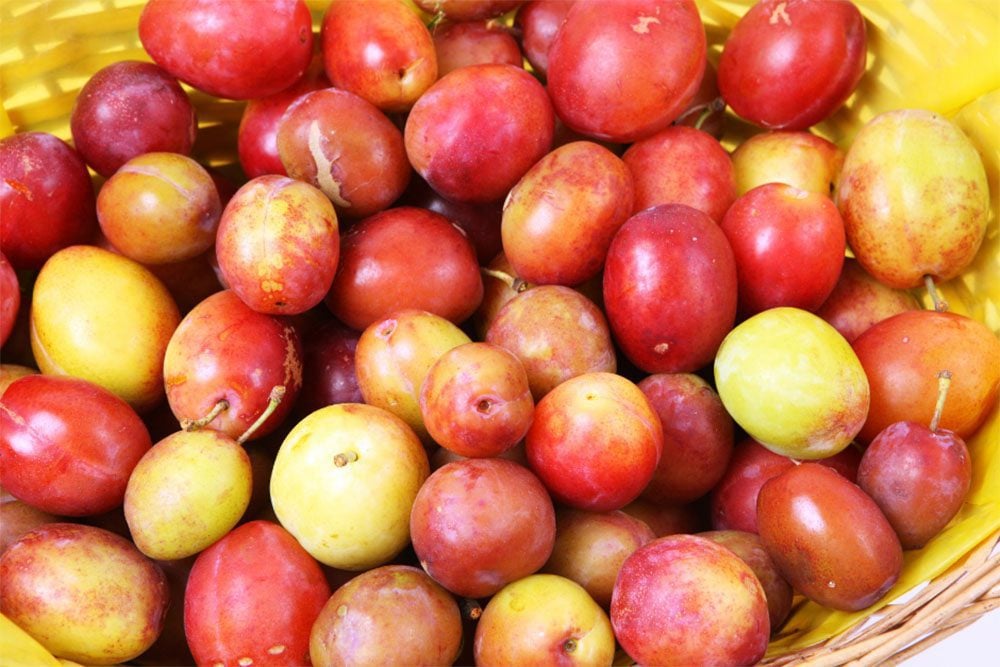 The Victoria plum is a type of English plum, and is the most popular plum variety in the UK.

It has a yellow flesh with a red or mottled skin, and has a deliciously sweet flavor when picked at the right time.

Victoria plums ripen between late August and early September but this can vary year to year depending on the local growing conditions. Use them in a tart or a crumble for a deliciously sweet treat! 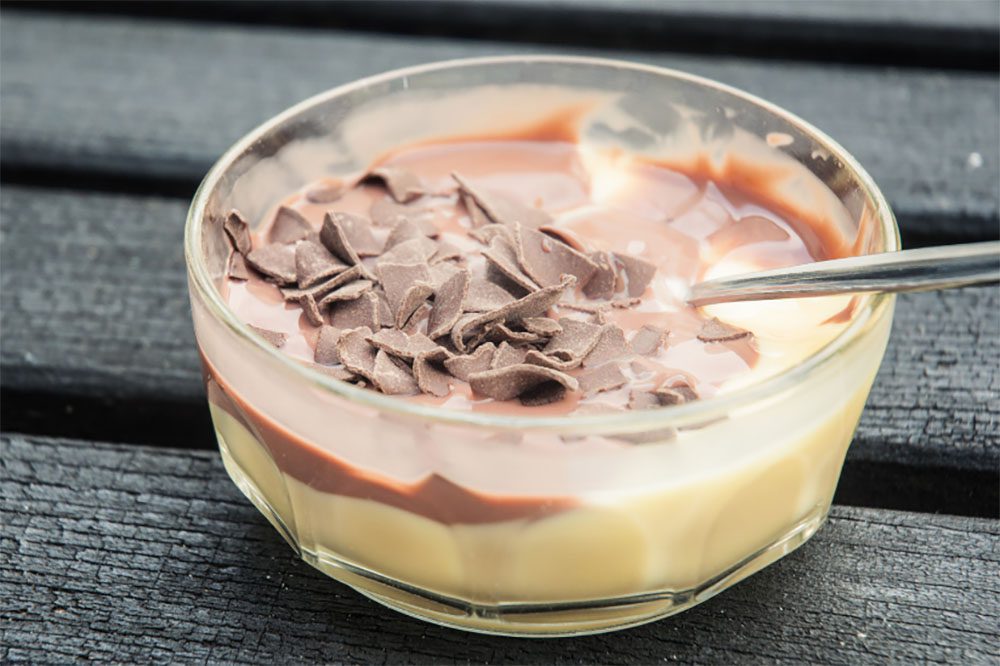 Vla is a pudding-type dessert cream that is a very popular food in Belgium and the Netherlands. It usually consists of eggs, milk, sugar and usually vanilla.

Its texture is thicker than that of custard but less than crème pâtissière. While many variations of vla have emerged, the classic recipe is vanilla flavor.

The other variants are known as caramel, banana, orange or apple. Delicious! 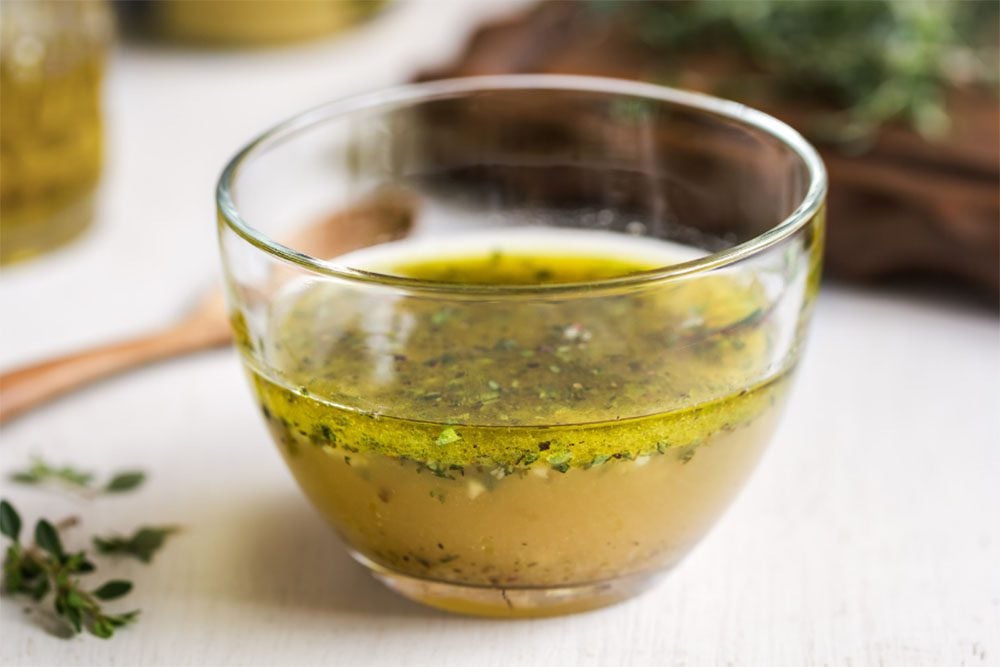 Vinaigrette is a salad dressing. The most basic formula for making a salad vinaigrette is one part vinegar or other acid mixed with three to four parts oil.

You should always be careful of using oils with very strong, intense flavors, such as some nut oils and extra-virgin olive oils as this can overpower the flavor! 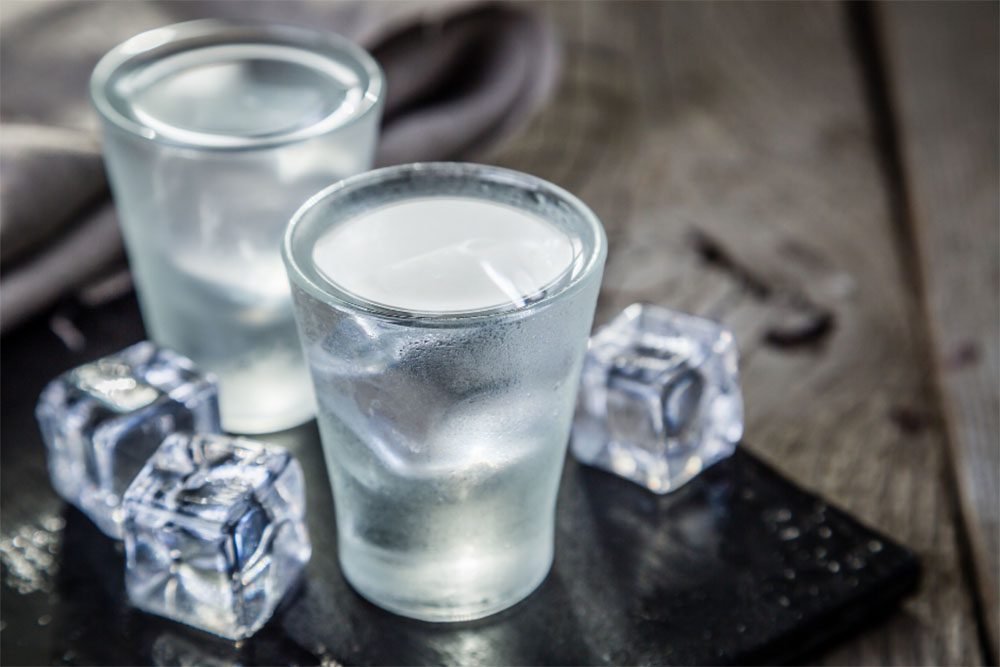 Vodka is a clear, European distilled alcoholic beverage that originated in Russia or Poland.

Vodka is typically made from potatoes, but can also be made from simple sugar.

Vodka can be enjoyed straight, with a mixer, or in several different cocktails! How you enjoy this strong beverage just depends on how strong your stomach is for spirits! 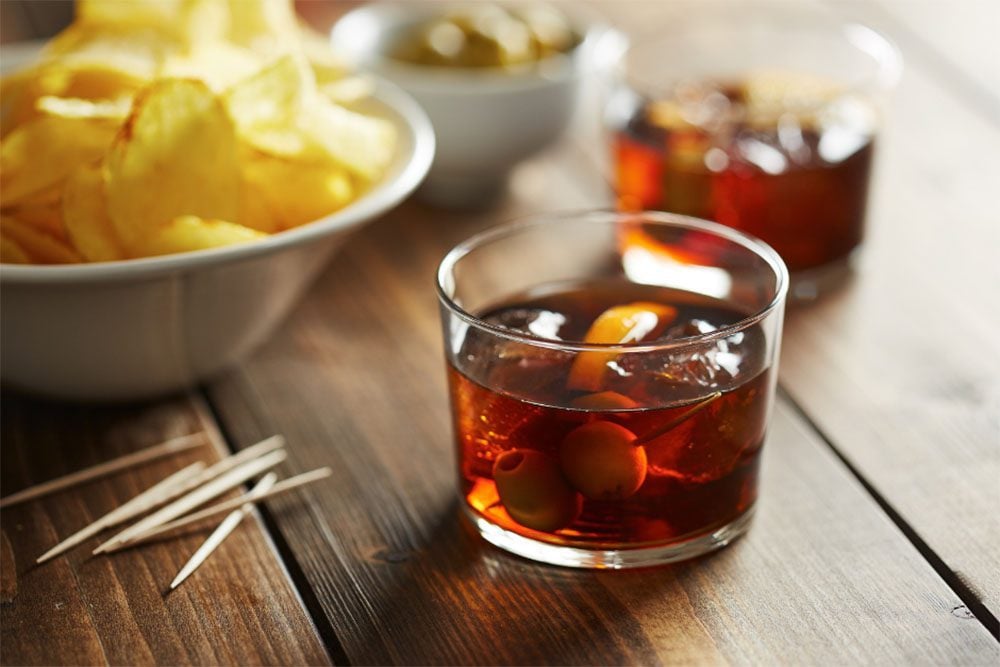 Vermouth is an aromatized fortified wine, flavoured with various botanicals and spices.

There are two main styles of vermouth: dry and sweet. Dry vermouth originated in France and is famously used to make martinis and is dry and floral.

On the other hand, sweet vermouth usually comes from Italy. It has a sweet, spiced, and herbal flavor, and is often used in cocktails such as Manhattans and negronis. 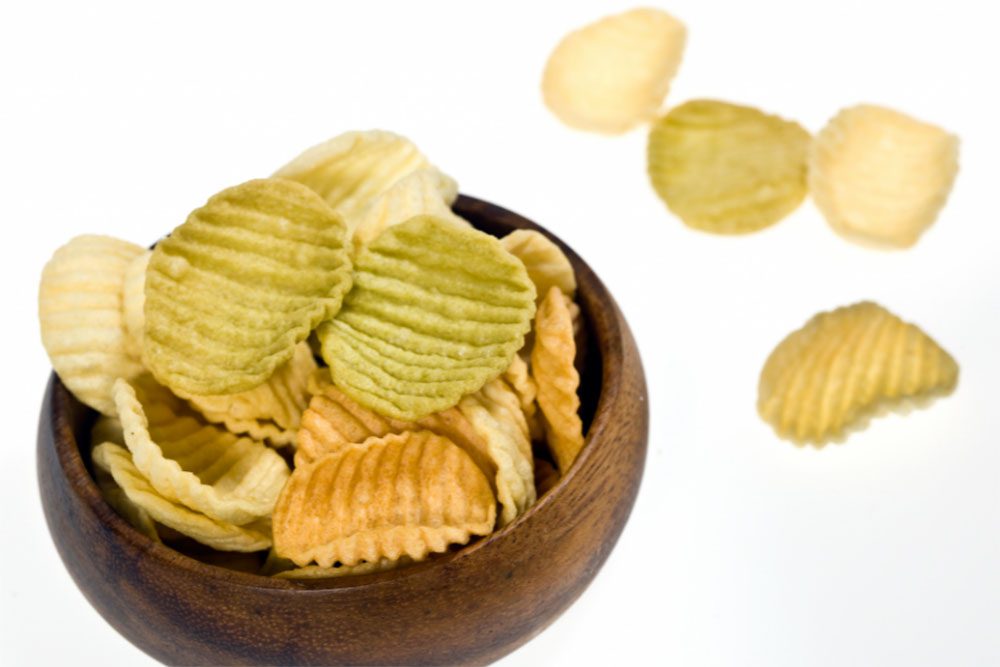 If you’re looking for a healthier alternative to chips to snack on, then veggie chips are a delicious substitute.

Although you can technically make chips out of any vegetable, root vegetables are great for this purpose! This is especially true of potatoes, parsnips, yams, carrots, and beets!

To make veggie chips, you simply slice your vegetables of choice into a snackable size, and then typically bake or fry them to give them a nice, crunchy texture.

Making veggie chips can also fool your brain into thinking that you are eating something unhealthy, so they are the perfect snack to make when you’re trying to diet and are craving the bad stuff! 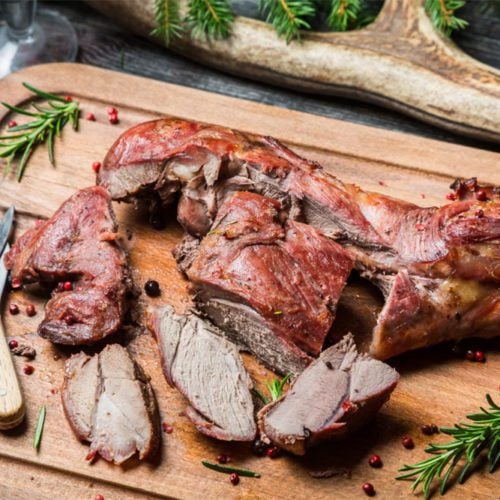 21 Foods That Start With V: Our Best Options

These options are sure to be a hit. So, gather your family and friends and enjoy. Let us know your thoughts!5 from 6 votes Print Recipe Pin Recipe

Select your option.Use in or with your favorite recipe.Enjoy Tried this recipe?Let us know how it was!