If you’ve ever tried to come up with a list of foods that start with Z, you might be there for a little while.

When you’re teaching children their ABCs, one fun thing to do is to eat foods that start with the letter you’re working on. You know, sort of like they do on Sesame Street. While it’s easy to come up with a list of foods that start with A, B, and C, it’s a little more difficult with letters like Z. That just means you have to get super creative.

How about some zucchini? And zig-zag vine fruit is just fun to say (and eat!). You can buy zebra cakes, or you can make your own. It’s easier than you think!

If you’re struggling to think of foods that begin with Z, you’re in luck. This article covers 21 foods that start with Z!

So, without further ado, let’s get into it. 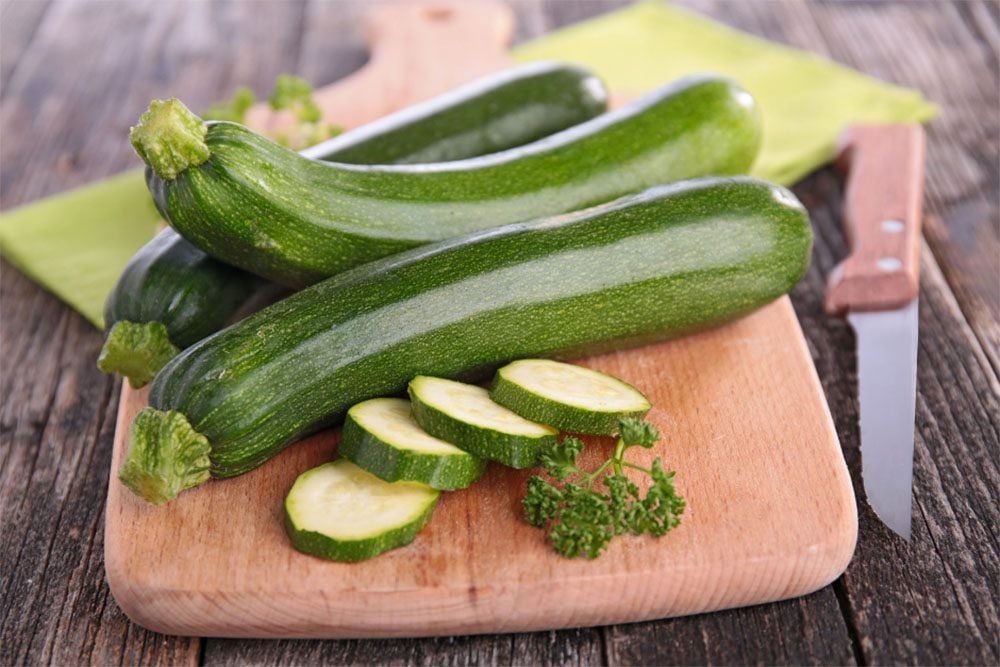 Zucchini, also known as courgette, is a summer squash in the Cucurbitaceae plant family alongside cucumbers, melons, and spaghetti squash.

Zucchini is a wonderful summer vegetable that can be served in a variety of ways, such as in risottos, pastas, and even in desserts. It is rich in several vitamins, minerals, and other beneficial plant compounds.

Although zucchini is often considered and referred to as a vegetable, it is botanically classified as a fruit. 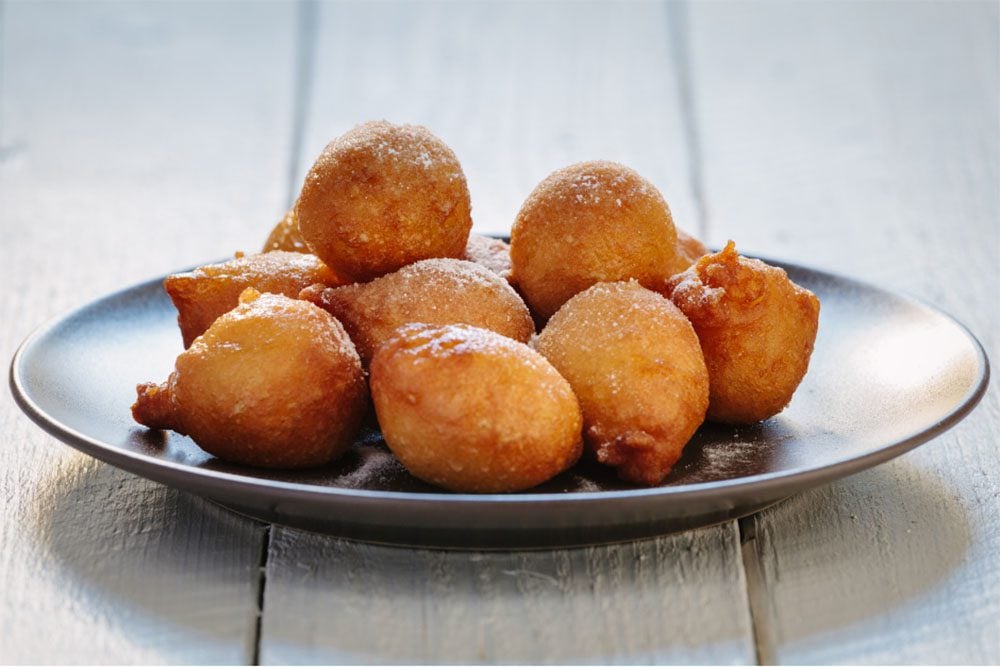 Zeppole are Italian doughnuts. They’re made of pate choux dough and deep-fried for a crisp, light and incredibly fluffy result!

Zeppole are a super indulgent sweet treat, and are filled and served in a variety of different ways. Some feature toppings of chocolate, powdered sugar, or whipped cream. What could be better?

The best oils to use when frying zeppole are high smoke point oils, such as grape seed oil, avocado oil, vegetable oil, and peanut oil. 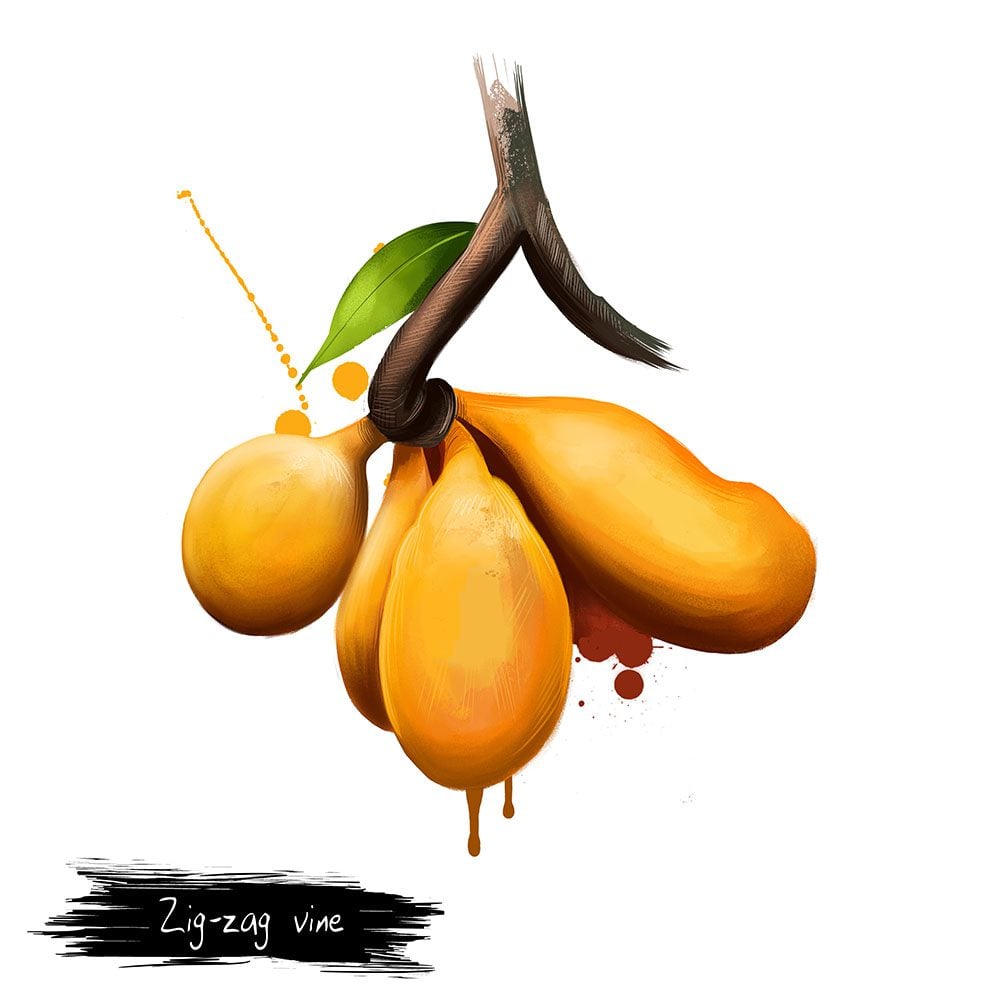 Usually found in the rainforests of Australia, zig-zag fruit is an orange berry. The fruit itself is a relatively vibrant orange color that makes it relatively easy to spot against the surrounding greenery.

Growing in clusters on a vine, zig-zag vine fruit is often used to give sauces a sherbet flavor. However, you wouldn’t necessarily eat this fruit as it is, as it’s more often in recipes or to make liqueurs. 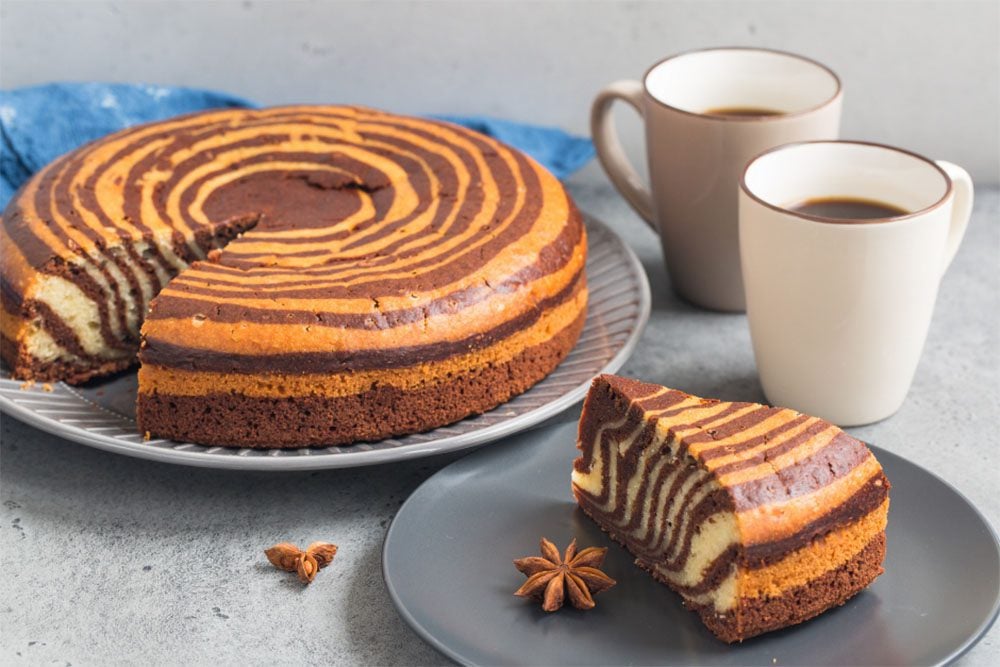 Zebra cake is the ultimate sweet treat! Zebra cakes feature chocolate and vanilla cakes baked together in a striking striped pattern which resembles a zebra’s stripes!

This cake is similar in taste to a marble cake, and is super playful for any occasion whether it be a birthday party or a celebration cake!

You can decorate your zebra cake with vanilla and chocolate frosting for a truly delicious and indulgent result. 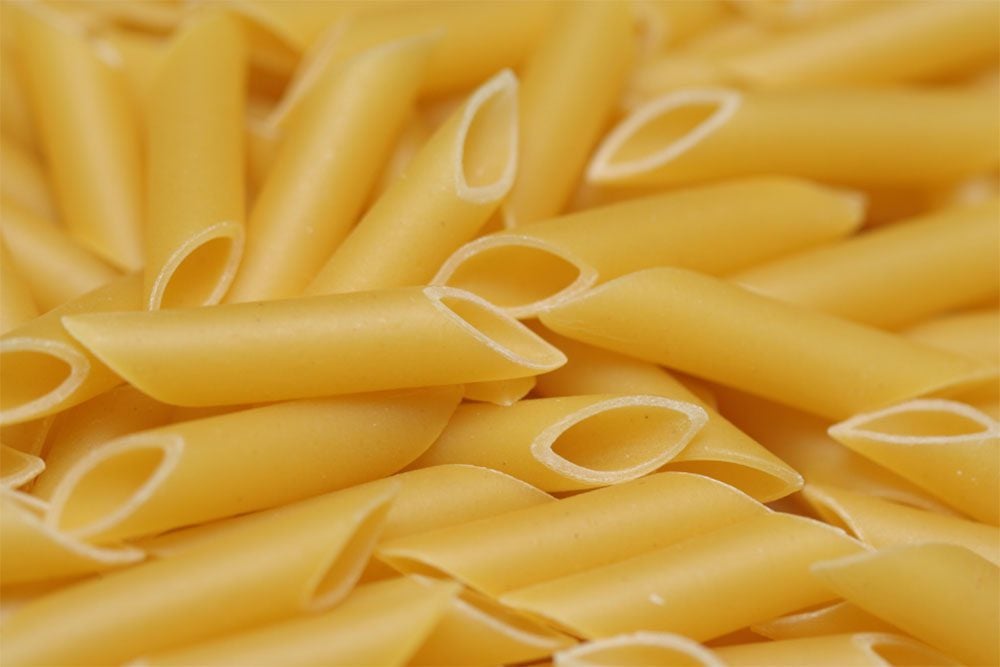 Ziti is a type of pasta that is used in Italian cuisine. In some parts of Italy, it’s served at weddings.

There are many ways you can eat ziti. Baked ziti, is an American classic pasta dish made with a tomato based meat sauce similar to Bolognese that is often compared to lasagna.

It is placed in a casserole dish and baked with cheese, sauce, and roasted tomatoes to create a deliciously rich dish. 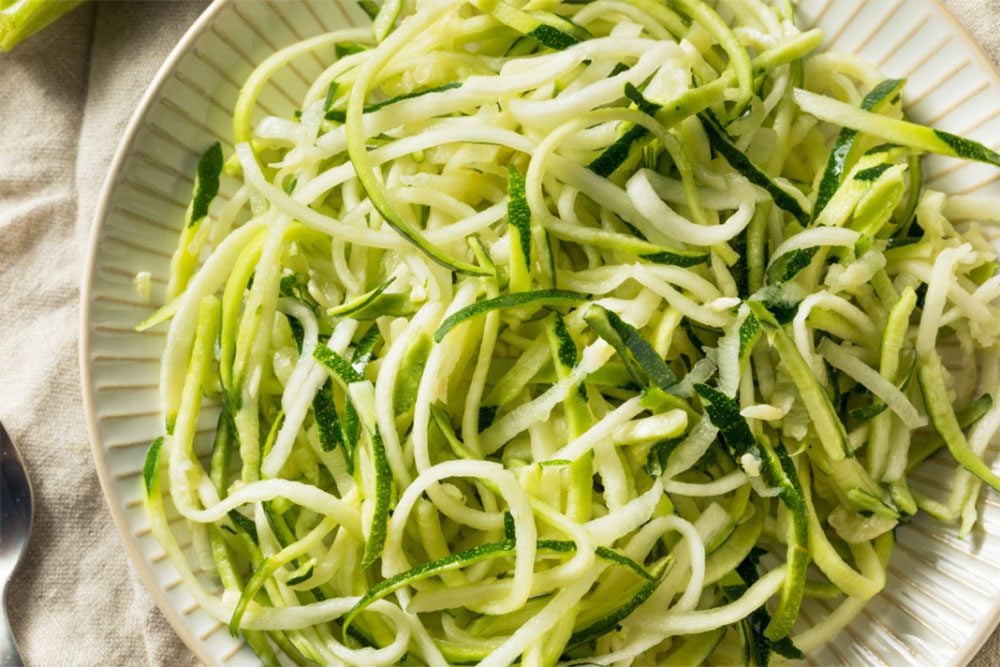 To make zoodles, you simply spiralize your zucchinis until you have the perfect amount of zoodles for whatever dish you’re making.

If you’re looking for a low-carb, healthier version of pasta, this is it. Zoodles are great to pair with a variety of vegetables and sauces, such as homemade tomato sauce.

Simply toss the zoodles in the sauce as you would pasta and serve! 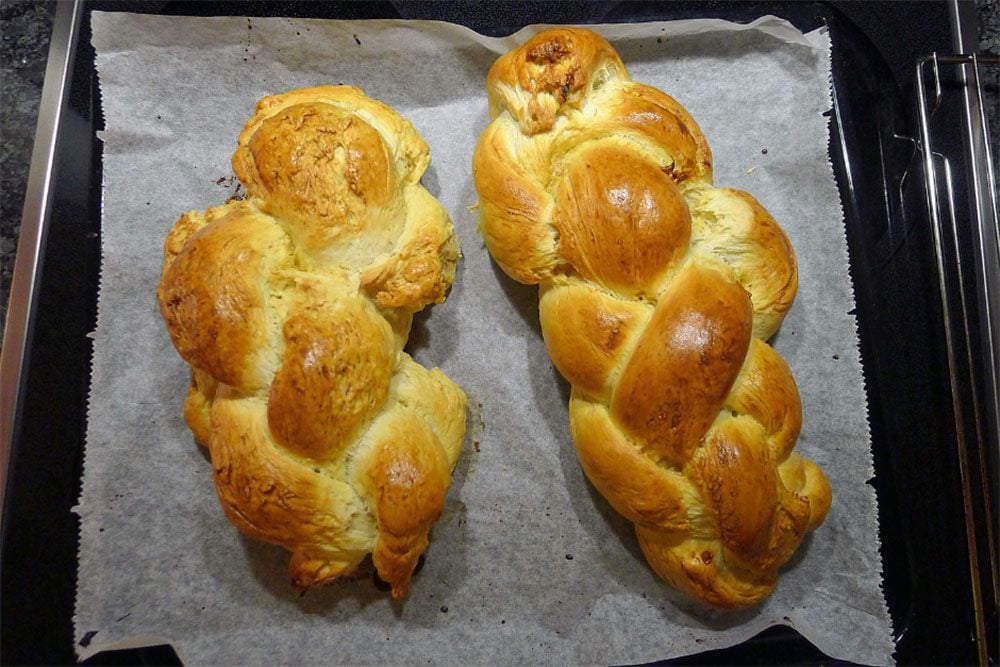 Zopf or Züpfe is a type of Swiss, Austrian or Bavarian braided bread made from white flour, milk, eggs, butter and yeast.

The characteristic brown top is obtained by brushing the dough with egg yolks.

This particular bread is not sweet and goes great alongside soups and stews. Alternatively, it can be eaten as it is for breakfast with a variety of different condiments such as jam.

In Switzerland, it’s often referred to as “Sunday bread” because it’s traditionally eaten on Sunday mornings. 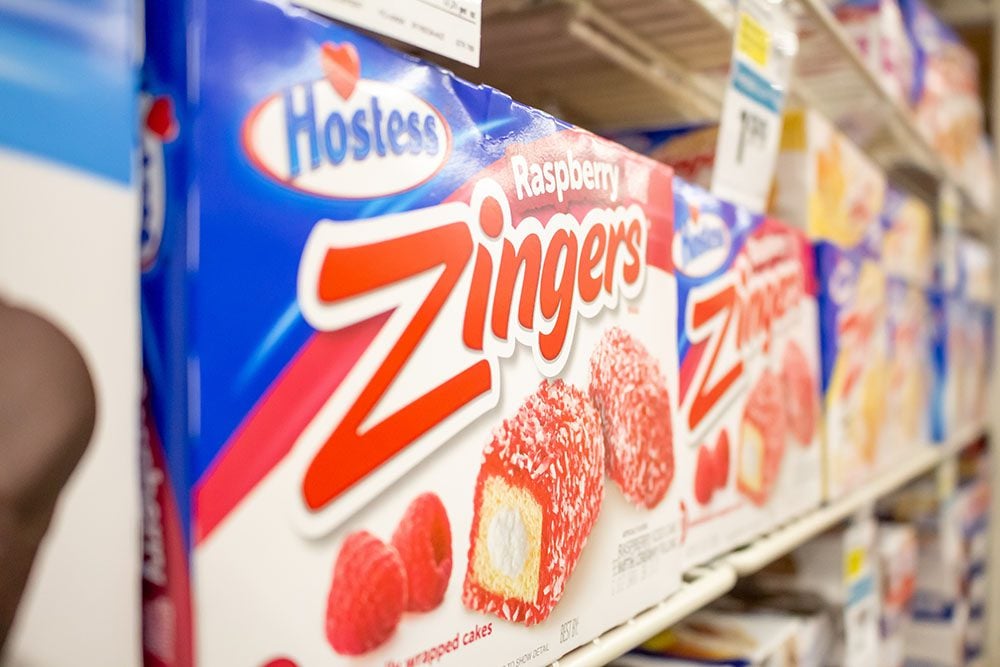 Zingers refers to a cake filled with cream. There are a variety of different flavors, including raspberry, chocolate, and vanilla Zingers.

The chocolate flavored Zingers are one of the most popular flavors. The rich, creamy center is surrounded by a ball of chocolate with icing on top.

If you’re looking for a delicious and quick snack on the road, you’re sure to find Zingers in pretty much every gas station you come across. 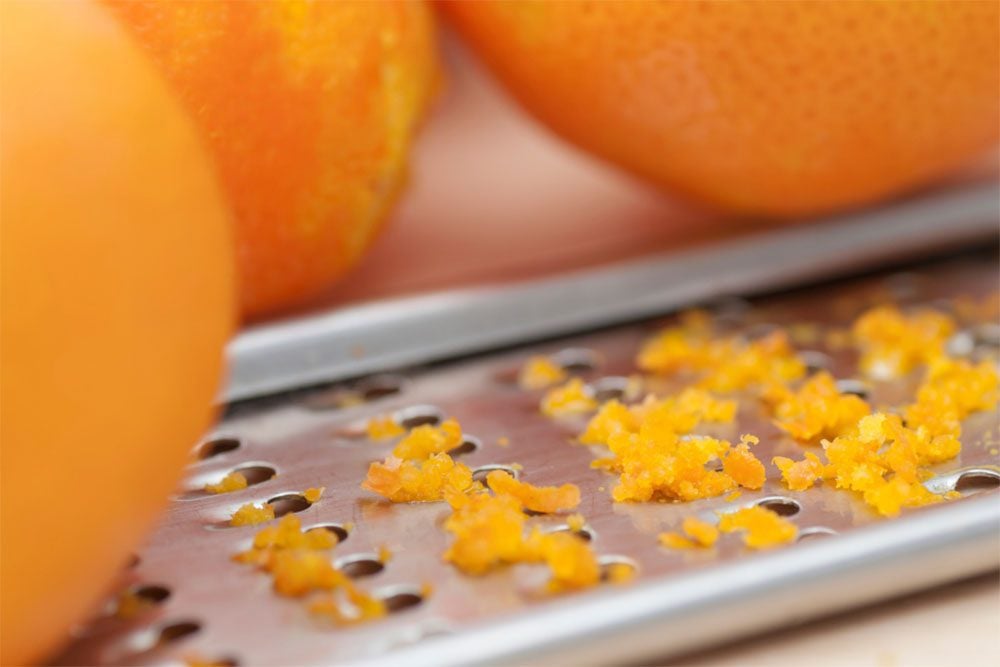 Zest of citrus is the skin of citrus fruits, such as lemon zest, orange zest, and lime zest.

Zest of citrus is often added to a variety of recipes to add a somewhat bitter and zingy flavor to whatever you’re making. Zest can be grated off the rind of the citrus fruit.

For instance, lemon zest is often added to lemon drizzle cake to alleviate the lemon flavor and to give it a nice zing! 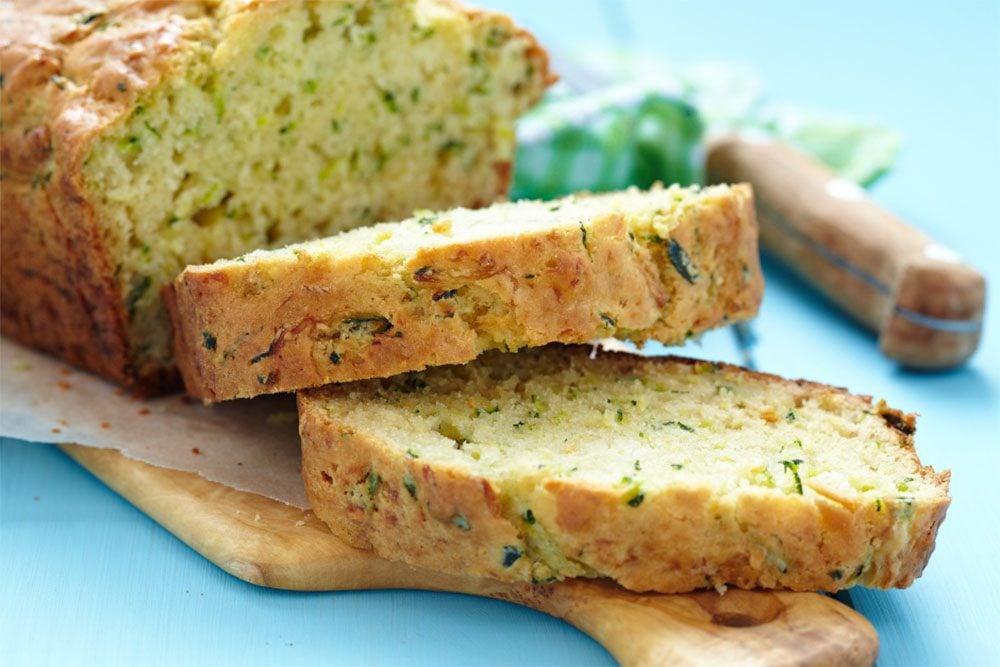 One of the easiest and tastiest breads to make is zucchini bread. When the recipe is just right, the bread should come out moist and delicious.

It’s often baked with a variety of different nuts. You can also add seeds to it for a crunchier, more earthy flavor. 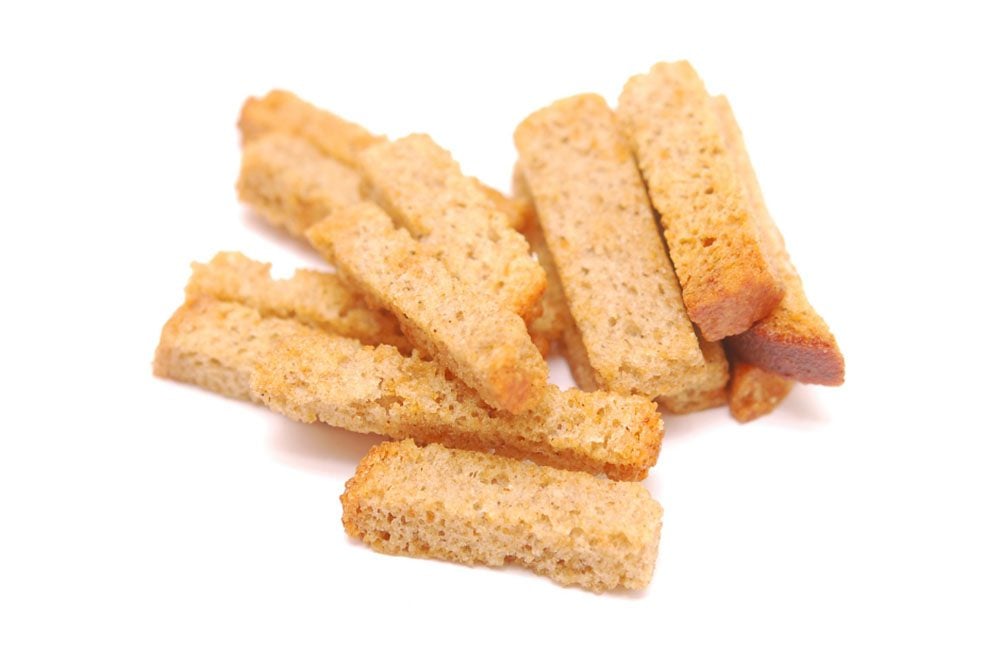 Zwieback is usually sweetened bread enriched with eggs that are baked and then sliced and toasted until dry and crisp.

That being said, there are different types of zwieback, and they can be made into rolls, also.

Baking zwieback fills the entire house with the delicious smell of bread. The term zwieback refers to ‘twice baked’, and the bread is baked until golden brown. Yummy! 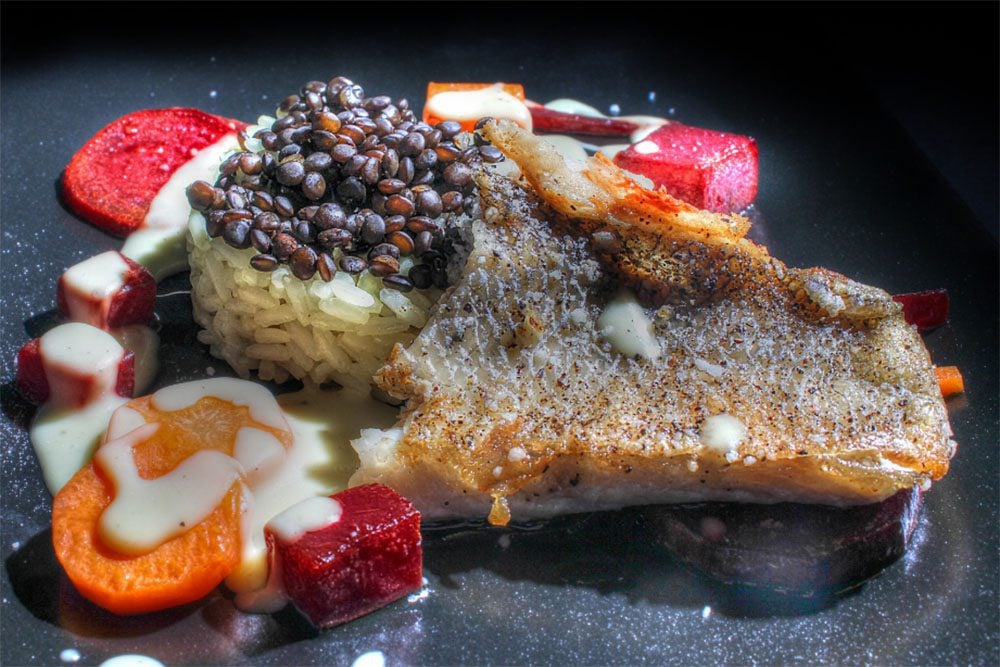 Zander is a species of ray-finned fish. This light, delicate fish is a valued sport fish amongst many predator anglers.

They have white, flaky flesh and have few bones. Zander works well with many different sauces. Tartar sauce, ketchup, and even a lemon-garlic marinade will go well with this particular fish. 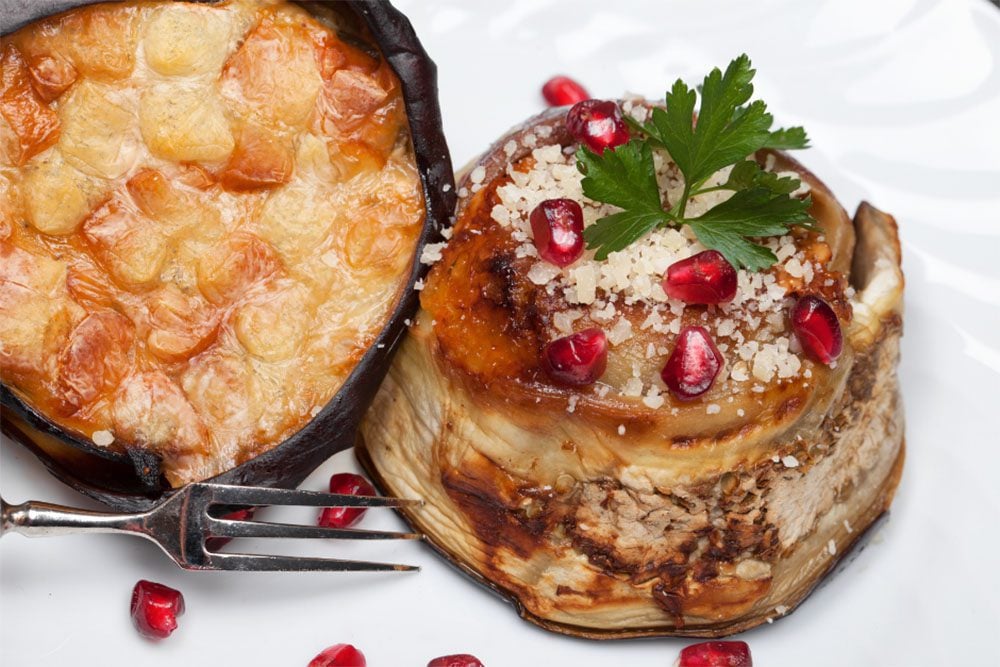 Zuccotto is a creamy, rich Italian dessert cake that is formed into a dome.

The term zuccotto is derived from the Italian word for pumpkin, “zucca”, hence why this dessert is shaped in the way that it is. This dessert is originally from Florence, but has changed through the years.

Zuccotto is traditionally made with cake, ice cream, and chocolate, and is a dessert that is served chilled or semi-frozen. For a celebration, it doesn’t get much more delicious than zuccotto! 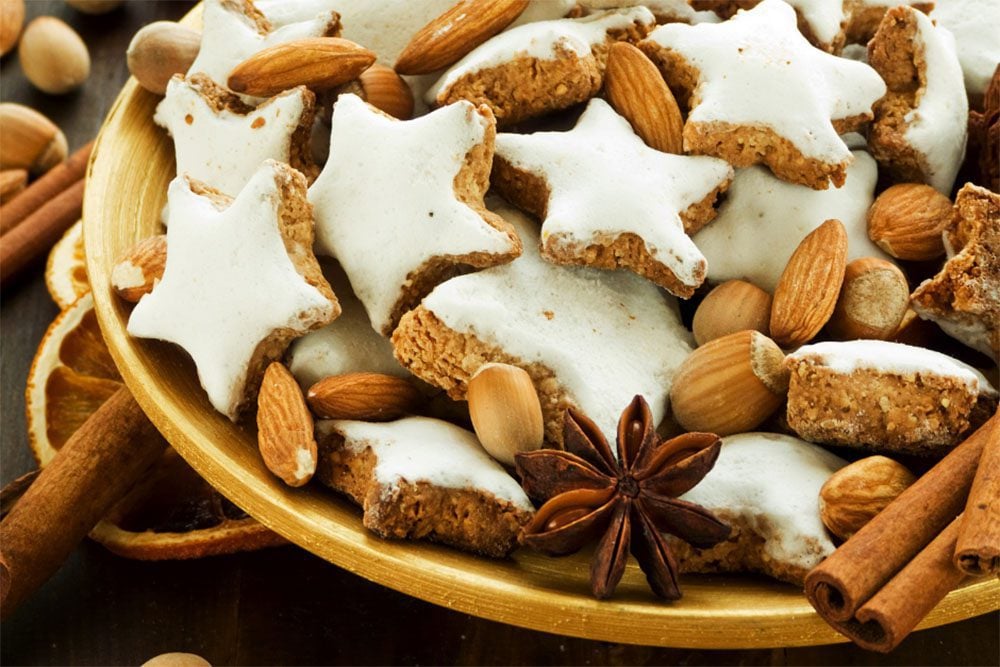 Zimtsterne are amongst Germany’s most famous Christmas cookies. Often known as cinnamon stars, these cookies are perfect to enjoy the holiday season with.

These Christmas cookies are made almost entirely of ground nuts – traditionally almonds but are also commonly combined with hazelnuts.

They are spiced with cinnamon, but you can also add other spices to really get yourself in the festive spirit! You can also decorate them with powdered sugar for a classic look. 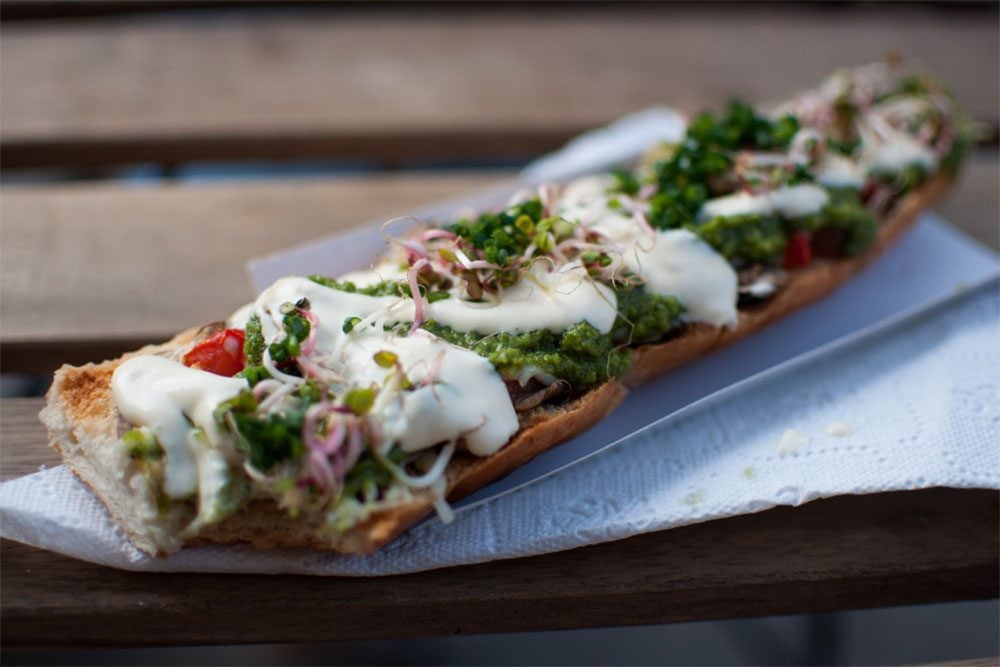 Zapiekanka, also known as Polish pizza, is a toasted open-face sandwich made of a sliced baguette or other long roll of bread, topped with cheese, mushrooms, and other ingredients such as meats.

It is a popular street food in Poland, and has been for decades. I mean, who doesn’t love pizza? This dish is usually served piping hot with ketchup drizzled across the top for a sweet and saucy finish. 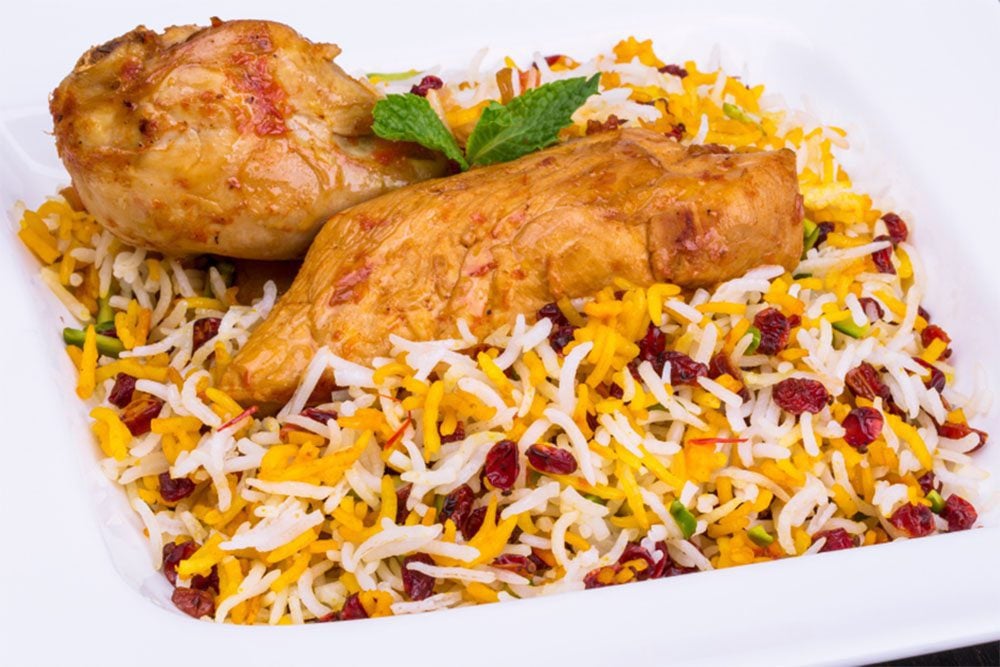 Zereshk polo morgh is one of the most famous dishes in Persian cuisine. If you’re looking for a super colorful dish that isn’t short of flavor, this is the dish for you.

It’s tangy and sweet, naturally gluten-free, and a nutrient-dense food that is sure to be a winner amongst your family and friends!

It is packed full of flavors such as turmeric and barberry and features wonderfully succulent saffron chicken. It is a great source of lean protein and healthy fats. 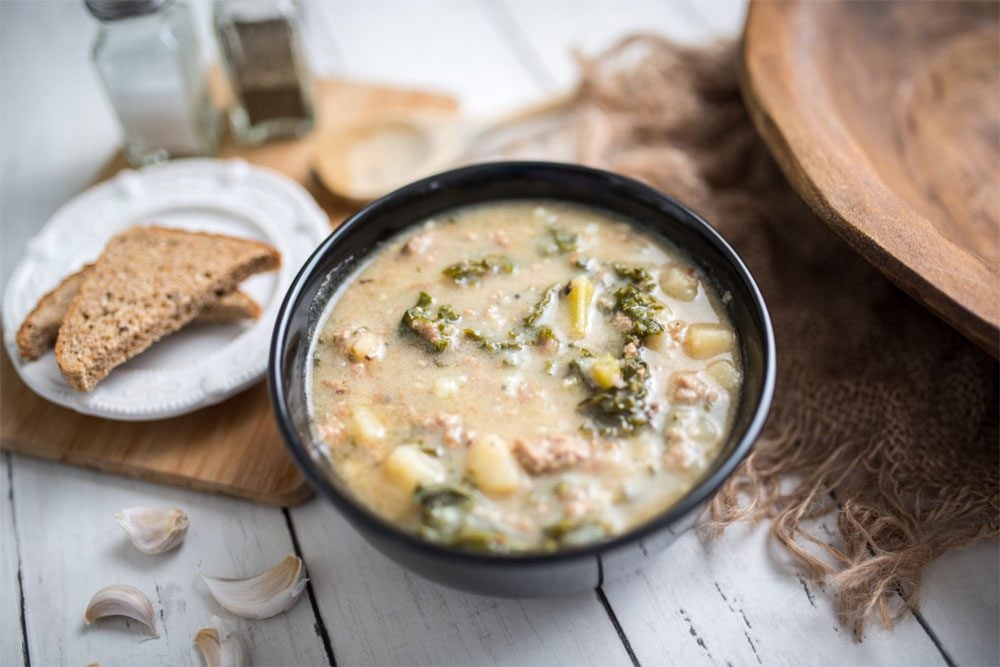 Zuppa toscana is a hearty and filling Italian soup that translates to ‘Tuscan soup’. That being said, despite the name, this isn’t a soup that is traditionally served in Tuscany.

This soup was actually made famous by Olive Garden restaurant chains around America, and the recipe can differ depending on the recipe that you’re using to make it. However, it is often made with onions, celery, carrots, zucchini, kale, tomato pulp, Italian bacon, toasted Tuscan bread, and potatoes.

Serve it with some crusty bread, and the whole family will be impressed with this rich and creamy soup! 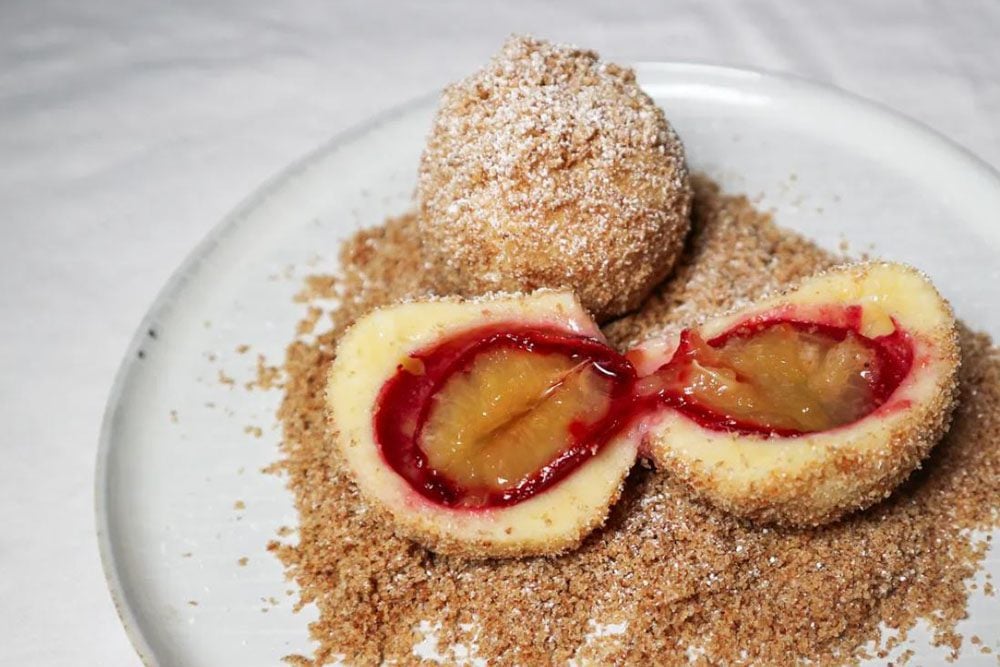 Zwetschkenknödel are plum dumplings. As you can probably guess by the name, these are a favorite dish in Germany and Austria.

You can make the dumpling dough from yeast, curd, semolina, or even potatoes, as there are various different recipes that differ.

Whichever recipe you use, tart plums are the best to use for this recipe. You won’t regret it! 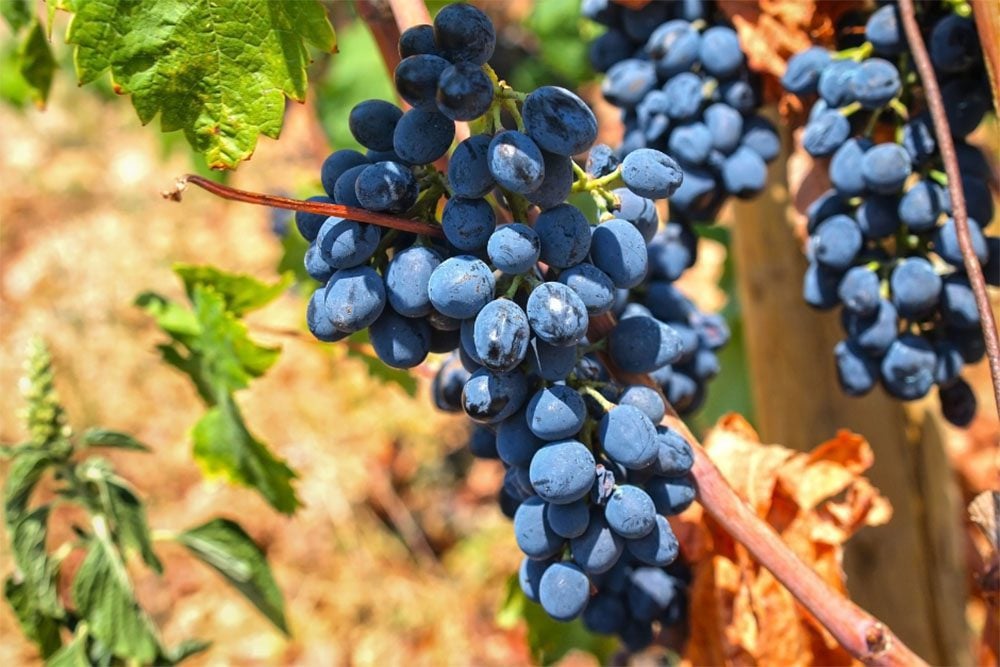 Zinfandel is a variety of black-skinned wine grapes. Zinfandel is California`s most distinctive red grape and is one of the few that is considered American, even though it actually originated in Europe.

Zinfandel grapes are grown all over California. Zinfandel is often referred to as the American wine grape. Bearing this in mind, red Zinfandel is the perfect wine to pair with the all American meal of any type of barbecue food!

Alternatively, There are people that enjoy pairing Zinfandel with chocolate. There is no single flavor character that can be associated with Zinfandel grapes – it can produce light, jammy wines to full-bodied and robust wines. 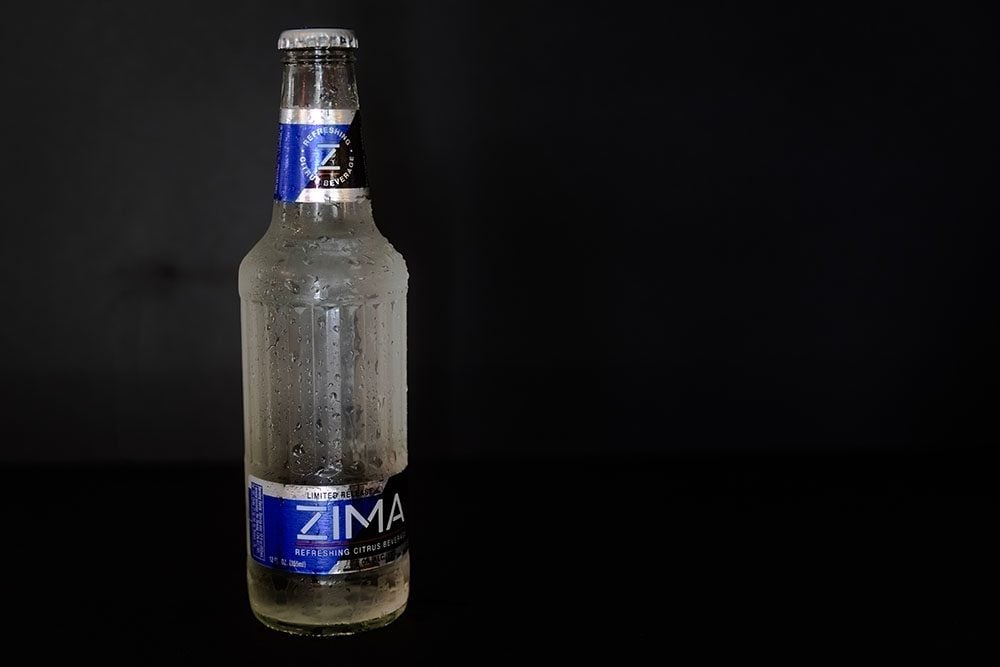 Zima is a clear, lightly carbonated alcoholic beverage made and distributed by the Coors Brewing Company.

Zima is often seen to bridge the gap between beer and pop, and is incredibly drinkable for this reason.

Zima was popular in the mid 1990s and came back for a brief period of 2017 and 2018. During this hiatus, it was still popular in countries such as Japan. 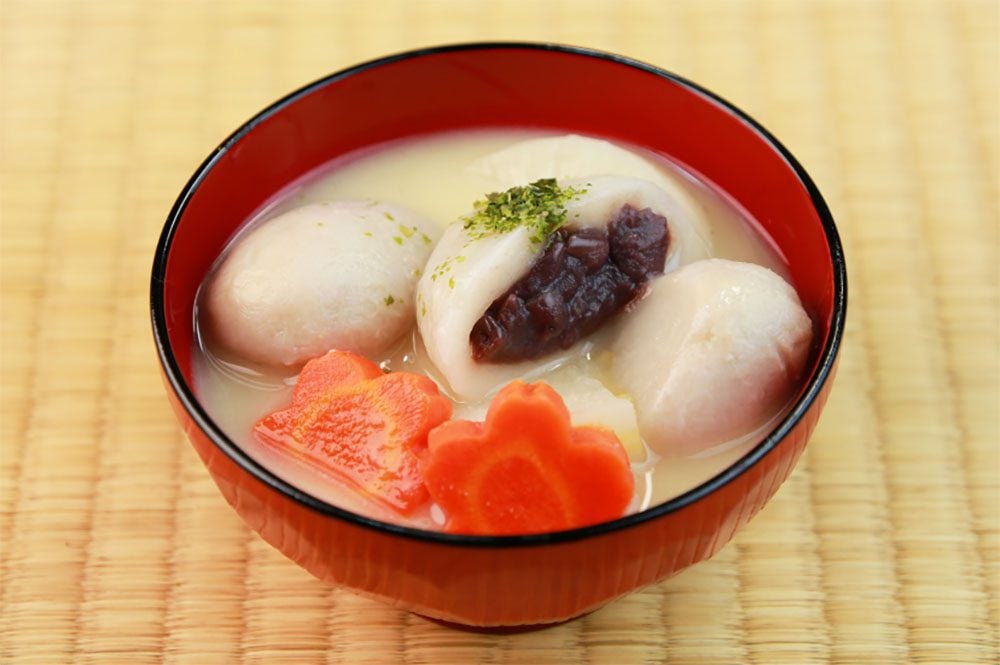 Zoni is a Japanese soup which is often served with rice cake cakes. While you might think that you like Asian food because you enjoy sushi, you should try eating zoni to immerse yourself in Japanese culture!

The dish is strongly associated with the Japanese New Year, and is often eaten around this time. This is thought to be because the dish was offered to the Gods in a ceremony on New Year’s Eve.

Zoni is thought to be a meal that was cooked on field battles, boiled together with mochi, vegetables and dried foods, among other ingredients. 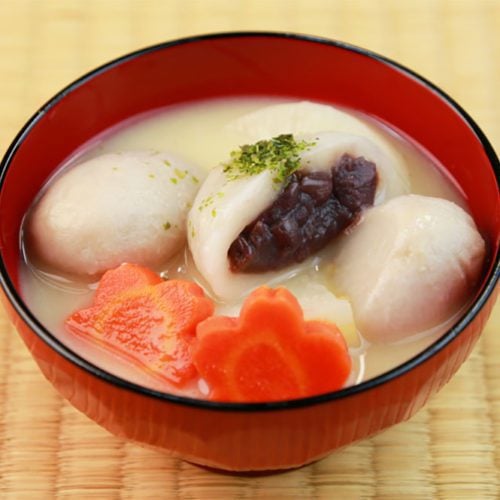 21 Foods That Start With Z: Our Best Picks

These options are sure to be a hit. So, gather your family and friends and enjoy. Let us know your thoughts!5 from 6 votes Print Recipe Pin Recipe

Select your option.Use in or with your favorite recipe.Enjoy. Tried this recipe?Let us know how it was!