Awareness of these differences is important to ensure that they don’t affect the overall taste when added to a particular dish.

When browsing the dairy aisle and stumbling upon the vast assortment of different cream choices, it is easy to become confused. 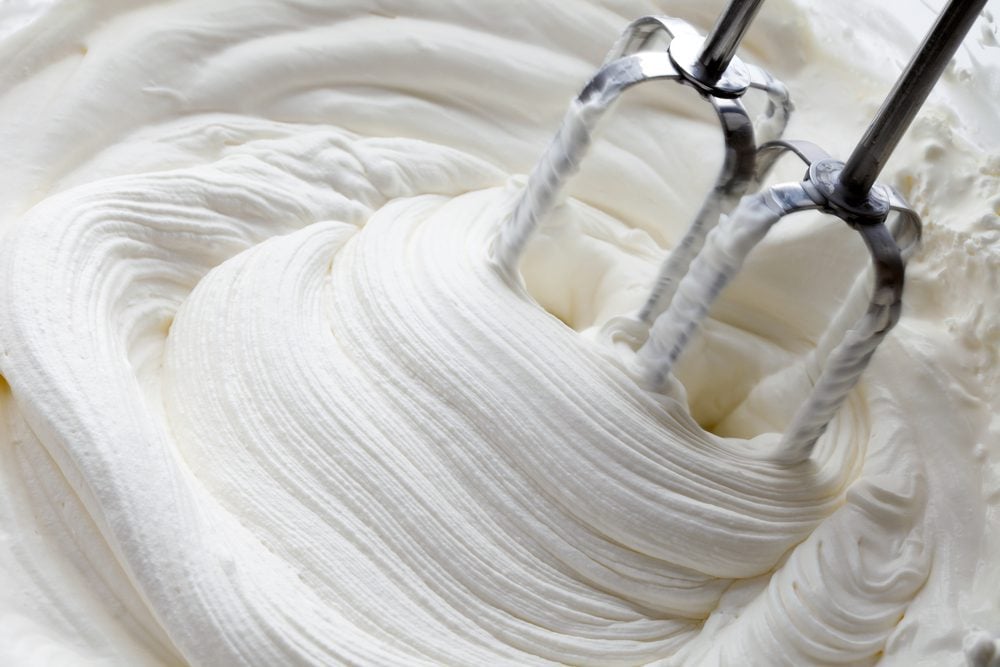 With many different types, each differing slightly in taste, consistency, ingredient contents, and appearance, it is important to ensure that you understand the differences between each time to know which is going to be the most compatible addition to your recipe or dish.

This isn’t to say that they aren’t both tasty options, however, the fat content can have an impact upon how well the cream maintains its shape and consistency. It is important to assess your intended requirements for the cream.

What is Heavy Whipping Cream?

As mentioned, heavy whipping cream has a higher fat content as it is made from the thick fat from fresh milk.

It is actually considered to have the highest fat content when compared to the content of other dairy products.

For many chefs or cooking enthusiasts, heavy whipped cream is considered to be a valuable ingredient and can be used to complement many dishes.

Not only is it great for baking as a topping but it can also be used to make sauces, soups, and butter.

Despite having a higher fat content, heavy whipping cream contains many vitamins and minerals that can be beneficial to your health.

What is Whipping Cream?

As the name suggests, whipping cream is made from whisking milk and tends to form when the fat molecules join together to create air pockets. It has a lower fat content when compared to heavy whipping cream of around 30% to 35%.

Whipping cream can be used as an accompaniment to many dishes. It is typically used for baking to create cakes, pies, light desserts and may also be used to make sauces.

Some individuals may choose to consume whipping cream in its current form to complement desserts or fruit bowls etc.

When it comes to baking your own dishes, you can almost be certain that you are going to require the use of cream at some point. In many dishes, it is in fact the staple ingredient that makes a difference to the outcome.

As we have mentioned, both heavy whipping cream and whipping cream are great in their own ways, however, you are likely to find that one is better suited to creating a particular type of dish than another.

What is the difference between heavy cream and heavy whipping cream?

You are likely to have stumbled upon the terms ‘heavy cream’ and ‘heavy whipping cream’ and you may now be wondering what are the factors that differentiate both.

Although their terms may sound very familiar, are they actually the same.

Should you happen to stumble upon the term light whipping cream rather than simple whipping cream, there is little reason to become confused as both are essentially referring to the same product.

Both will have a fat content that falls within the range of 30% to 35%.

When should heavy whipping cream be used?

The higher fat content also makes it a great thickening ingredient that comes in useful in recipes where you require more texture and consistency.

Heavy whipping cream can make a great topping to cakes and pies etc. As it has a thicker consistency and a greater ability to maintain its shape, it has excellent staying power.

Heavy whipping cream allows for easier preparation in such instances as you don’t have the issues of it losing its shape and affecting the overall appearance of your pie or cake.

Should you choose not to use heavy whipping cream for cooking purposes, many would suggest that it can also be used as a coffee creaming ingredient to add thickness along with a creamier taste.

When should whipping cream be used?

Whipping cream has a lighter and airier texture that makes it a tasty topping to desserts such as pies.

Although it doesn’t have the thickness of heavy whipping cream, it has the taste and consistency that many may favor when it comes to selecting the best accompaniment to their desserts.

Due to its consistency and content, whipping cream tends to be a valuable addition to lighter dishes. It is more than often used to create pasta sauces by adding to the taste along with a little thickness. You may also choose to use whipping cream for baking although it is likely better suited to lighter recipes due to its fluffier texture.

Bakes may include biscuits or cakes etc. Whipping cream can also be used to make soups and is simply a great addition to dishes where you are looking to execute a creamier taste while maintaining a lighter texture.

How is heavy whipping cream made?

It tends to form at the top of milk and can be identified as the thick layer and so it is likely that it can be skimmed off. You will then need to use melted butter before mixing both components to form your heavy whipping cream.

Heavy whipping cream that has been purchased from a store will not require the above process to be practiced as this will have been completed before your purchase and so you are purchasing the cream already made.

How is whipping cream made?

Should you choose to make whipping cream at home, there is a process to follow. This cream can be made using milk and butter or margarine before being blended using a whisk. As the air becomes trapped, the cream will begin to appear more whipped. When your cream has reached the desired consistency, it should appear light and fluffy.

How long does heavy whipping cream last and how long should it be stored?

Your heavy whipping cream should be stored inside the refrigerator and regardless of whether it has been opened, you should expect it to last for around 1 month.

You will often find that opened products have a lesser expiry date than those that remained unopened, but with heavy whipping cream, this isn’t considered to be the case.

Some signs can suggest your heavy whipping cream is no longer good to use and if this is the case it should be discarded. The most obvious signs are the development of mold or an odor.

The cream may have also begun to curdle and this can be identified by the presence of lumps which can make it unappealing and unsuitable for use. Products that are purchased from the shop typically tend to detail the expiration dates.

How long does whipping cream last and how should it be stored?

Whipping cream tends to have a shorter expiration date than heavy whipped cream and this is predominantly because the higher fat content of the later prevents it from going off so soon.

You should expect your whipping cream to last for around 1 to 2 weeks in the refrigerator before it begins to show signs that it can no longer be used.

If opened, your whipping cream should ideally be consumed within a 7 to 10 day period and if possible, it should be stored at the rear of the fridge as this tends to be where the temperature remains the coldest and so maximum shelf life is encouraged.

The labels on the packaging will inform you of the expiration dates so you know the time frame that you have to consume or use your cream.

Similar to heavy whipping cream, certain factors will inform you when your cream has gone off.

The cream will most likely have begun to curdle and it is likely to emit a sour and off-putting small that is noticeably different from its usual smell. If you are uncertain, you should discard the cream to avoid possible issues.

Some may wish to freeze their whipping cream and if this is the case, it can be frozen for around 1 to 2 months. Whipping cream is in fact known to freeze particularly well, although you may notice differences in the texture once it has thawed.

The type of cream that you require is often going to depend on your requirements and the dishes that you are creating.

As mentioned, both have their own favorable qualities that make them valuable additions to recipes and food dishes.

In fact, in some instances, both heavy cream and whipping cream contribute to a recipe in the same ways and you will find that they are used in many of the same recipes.

While some individuals may opt for whipped cream due to its lower fat content, others may prefer the richer taste and thicker consistency of heavy whipping cream. You can also try creme fraiche, light cream, or homemade whipped cream. Watch the milk fat.

A heavy cream substitute, double cream, clotted cream can also work. In a pinch evaporated milk or coconut milk can also do. Though for alfredo sauce or a recipe for pastry filling only the real options will do. I love fresh whipped cream with a dash of vanilla extract.

If you wish, you can also dilute heavy cream using milk to create whipping cream. It is necessary to select your cream according to your taste and cooking requirements.

Heavy cream vs heavy whipping cream is an interesting topic. I enjoy cooking with thickened cream and who doesn't like ice cream or a little fresh cream on some newly picked fruit. Enjoy!