McDonald’s is one of if not the most popular fast food chain restaurant not only in the USA but the world as now has a branch in over 100 countries.

McDonalds vegan options include a vegan burger, veggie dippers, and a plant based burger (McPlant burger?) among other items. The veggie burger is from Impossible foods.

They’re most famously known for their mouth watering Big Mac burger and their signature Chicken McNuggets, but did you know that over the last few years McDonalds has branched out into serving vegetarian and vegan options for its customers.

Unfortunately, McDonald’s is significantly lacking in their vegan options in the USA to the point where it is slightly insulting for those who follow a plant-based diet.

If you’re hoping to get yourself a tasty sufficient vegan meal at Maccies then think again as they seem to have completely forgotten or disregarded that not everyone eats meat and dairy.

However, if you’ve been left with no choice in the matter of where you’re dining then we’ve compiled a list (albeit, a short list) of all the vegan options you can get at McDonalds. 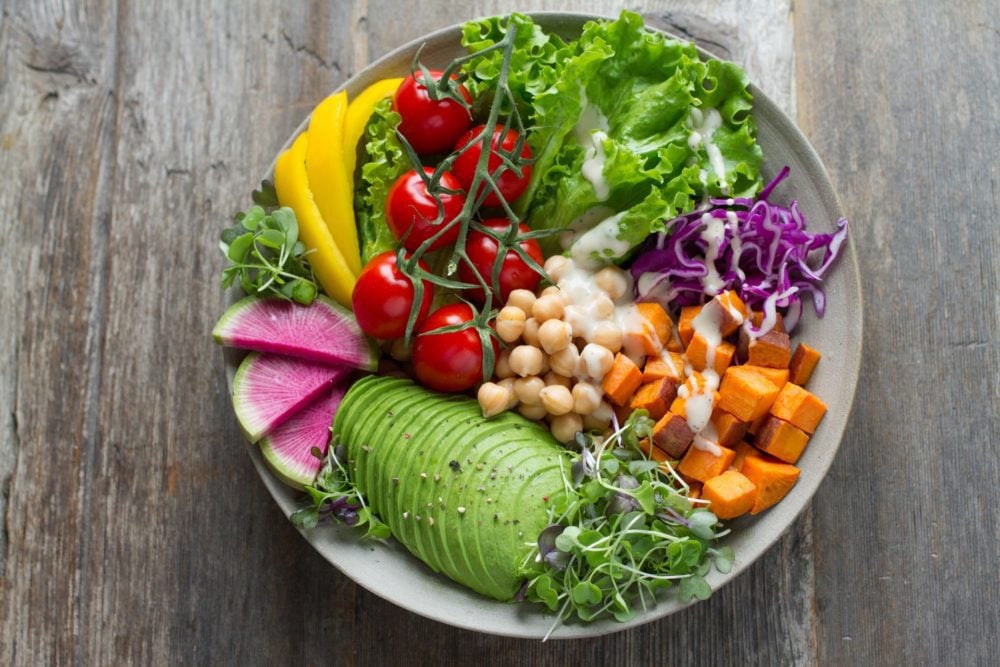 Luckily enough you’ll be able to enjoy a crazy side salad from McDonalds - can you sense our sarcasm? The side salad that contains lettuce, spinach, tomatoes, carrots, and baby kale will stretch you less than $2 and will offer itself as a light start to your vegan banquet.

If you wanted a salad with a bit more oomph then you could opt for the Southwest Chicken Salad, but ask to have  the chicken and the cheese removed when ordering it.

You’ll also need to request a vegan friendly option for the dressing. The only vegan salad dressing that McDonald’s currently do is the low fat balsamic vinaigrette or creamy french dressing.

The Southwest Chicken salad (without the chicken and cheese) comes with corn, black beans, poblano peppers, cilantro as well as the lettuce and tomatoes that come in the original salads.

No we know there’s a definite lack of choice when it comes to options you can dip your sauce into, but if you are the kind of person who loves any kind of sauce drizzled on a salad then you can choose between McDonald’s Tangy Barbeque and the Sweet and Sour sauce to spice up your slightly lack-luster bowl of leaves.

Unfortunately, if you follow a vegan diet you will be unable to eat their fries, that’s because USA McDonald’s still cook their fries in a natural beef flavour which is derived from milk and wheat. McDonald’s in America really have some catching up to do as the rest of the branches around the world have vegan fries.

If you wanted to finish off your McDonald's order with something sweet then you can order the vegan friendly kids apple slices. Notably, these are a kids portion but you can order them separately as a side and not just with Happy Meals.

I know, who would’ve thought that the McDonald’s apple pies are vegan right? The crispy pasty on the outside filled with the soft apple and cinnamon filling is to die for and we can’t quite believe our luck. McDonald’s have hit the nail right on the head with these baked delights.

If you’re stopping off at McDonalds to grab some breakfast then here’s a good option for you, it’s the tasty fruit and maple oatmeal. It’s made up of just four ingredients including oatmeal (obviously), diced apples, a blend of raisins and cranberries and also some light cream.

However, you’ll need to request that the light cream doesn’t get added when you order this option. If you don’t like your oatmeal without cream then you could always bring along your own plant-based alternative to put in it, as vegan do not serve one of their own.

When all hope is lost, you can always count on a trusty Americano to be your go to vegan option for a hot beverage. However, all other McCafe coffees and hot drinks are off limits due to the absence of dairy-free milk options.

If you can’t stomach black coffee and need some to take the edge off, then you could always bring your own keep cup with your plant-based milk off choice in to add to your Americano.

If you’re after something a bit more refreshing, then you’ll be able to grab yourself a minute maid slushie in a variety of flavors, including, ‘Sweet Peach’, ‘Raspberry Blue’ and ‘Fruit Punch’ as the core ingredients are basically a combination of ice and concentrated fruit juices.

However, McDonald’s are still yet to create their own vegan milkshakes and smoothies, so these will not be available on the menu for you.

As in most places, you’ll be able to drink the soda options that McDonald’s has available, or if you wanted something a bit on the healthier side, you could opt for an apple or orange juice to accompany your vegan food.