There is truly nothing worse than when you run out of a key ingredient that you need for a recipe. Curry leaves, whilst very common in many countries around the world, can be a little more difficult to come by in Western countries such as the United States and countries in Europe.

As such, you may well find that, when a recipe calls for curry leaves, you cannot get your hands on them. However, rather than just giving up on the recipe altogether, it would make sense to find an alternative, wouldn’t it? 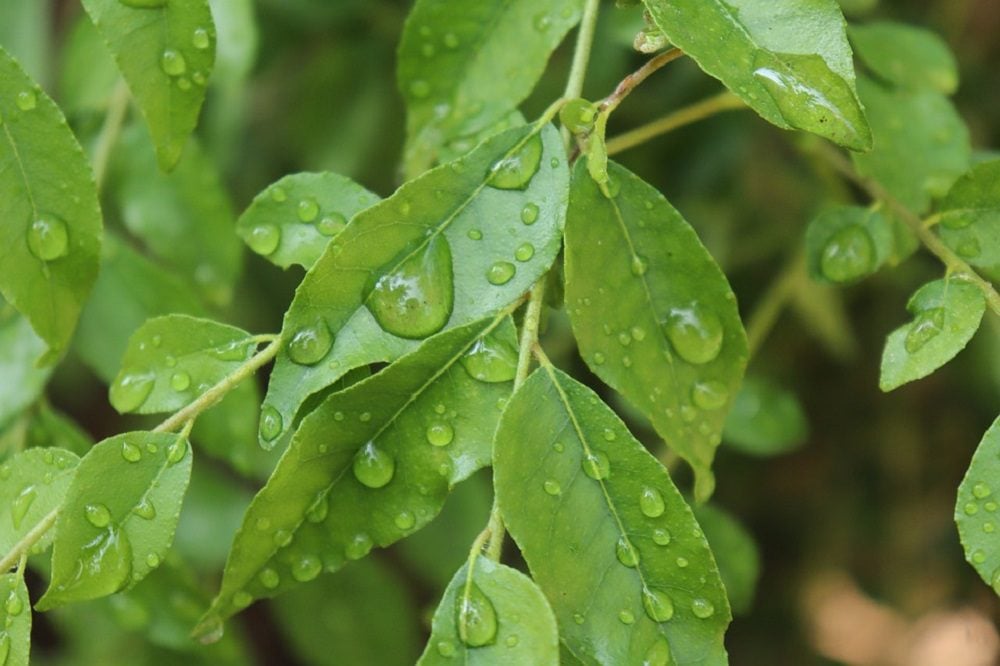 Luckily for you, that’s where we come in. We happen to know of a number of different ingredients that can be used in place of curry leaves in many of your favorite recipes.

In this article, we will be going through the best curry leaf substitutes for lots of different cuisines and meals. We will explore each substitute in depth, letting you know the amounts needed to get the same flavor (or at least a similar one) as that of curry leaves.

Before we get into that, however, we would first like to walk you through what a curry leaf actually is, because some people may never have even heard of it. Spoiler alert, it is not actually ‘curry’ flavored…

What are curry leaves?

Curry leaves, also known as sweet neem, are the leaves from a sub tropical tree that grows in India. The tree is a part of the Rutaceae family and is a species that produces glossy green leaves that are shaped like a teardrop. It is these leaves that are used for culinary purposes, either fresh or dried.

The tree actually belongs to the citrus family, and as such, the leaves offer a slightly citrus taste, very similar to lemon or lime, but a little earthier. Curry leaves are fresh and warm, with a pungent aroma that has also been compared to aniseed or anise.

As you may have deciphered, based on where the plant originates from, curry leaves feature heavily in Asian cooking, particularly South Indian cooking where they are often used alongside ghee and other spices as the base ingredient for curries, and other recipes.

They have also been used for many years in Ayurvedic medicine, and they are thought to have properties that can help to regulate cholesterol and blood sugar levels, as well as being anti-inflammatory and anti-bacterial.

Curry leaves can be relatively difficult to come by in certain parts of the world due to the concerns about the potential spreading of citrus greening disease that is linked to the curry leaf tree. With this in mind, it is no surprise that this has led to many culinary experts experimenting with what can be used in place of it. Keep on reading to find out our top curry leaf substitutes for all of your favorite recipes. 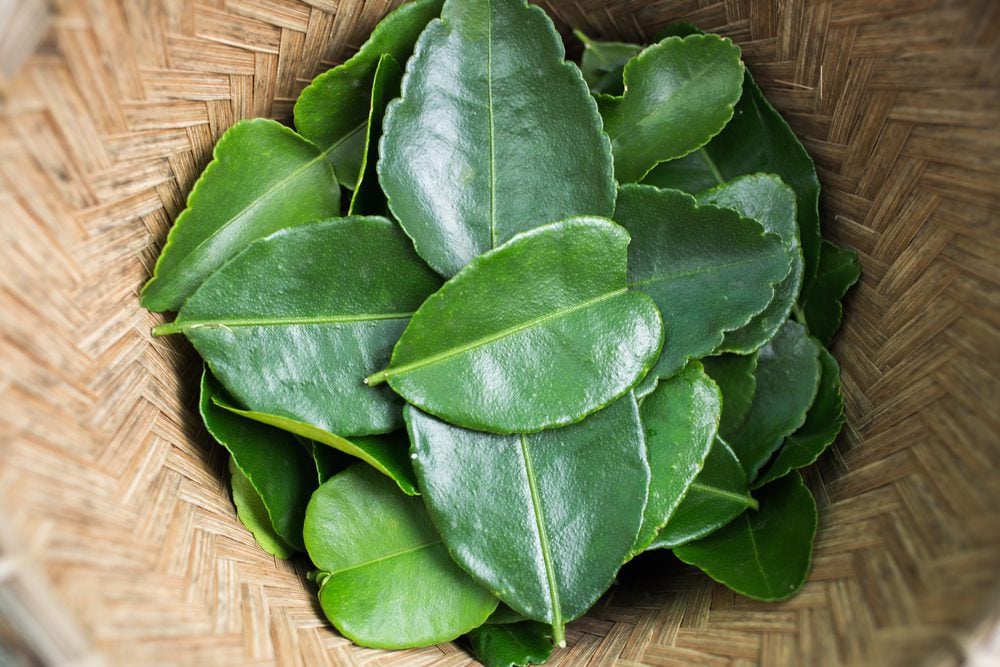 Without a doubt, one of the best substitutes to use in your recipes in place of curry leaves is the leaves of the kaffir lime plant. Kaffir limes are also known by their other name, the Makrut lime, and so you may see them being referred to as Makrut lime leaves.

The reason why these leaves work so well in place of the leaves of the kaffir lime tree is that the flavor of both is very similar and because the kaffir lime is already a very key component of many Indian dishes, and is used commonly all over India and in many south Asian cuisines.

In terms of appearance, they both look very similar as they both have glossy, green appearances, and a teardrop shape. The main difference is likely to be the fact that the leaves of the kaffir lime are likely to be a little more citrus in taste when compared to that of the curry leaf which is a little less citrusy.

That being said, the difference is so small that you will likely be able to use it in almost all of the recipes you have that call for curry leaves. It works particularly well in stir fry dishes, curries, soups, and even rice. They can also be added to fish dishes, steamed alongside meat, and in many Thai dishes. They pair well with coconut milk for those delicious Thai curries.

Using the zest of a lemon or lime is another great swap for curry leaf in many recipes. Curry leaf, as you will know by now, is known for its citrus taste and aroma. Of course, it is not quite as citrus in taste as lemon and lime, but in a pinch where you really need that little kick of citrus, lemon, or lime zest is something that you can use that will be easy to get your hands on.

It is very important that you buy unwaxed lemons limes for this purpose, as when you zest a lemon or lime, you will be grating the peel directly. No one wants a load of wax in their recipe now, do they?

Get the freshest lemons or limes that you possibly can, choosing organic if your budget allows it. Grate the peel of your chosen citrus fruit to produce the zest. Don’t waste the rest of the lemon or lime though, as you can use the juice for the recipe too, or keep it to one side for some baked treats, a smoothie, or for a different recipe.

The zest of a lemon or lime is very pungent, fresh, and filled with aroma. This is thanks to the oil that is contained within the rind. As such, you do not need to use much of it in your recipes. When using it in place of curry leaves in your recipes, you should bear in mind that it will have a much stronger citrus flavor, and so you only need a small amount, or else it may be overpowering.

Use half the amount of lemon or lime zest compared to curry leaves. So, with this in mind, if the recipe specifies that you use one teaspoon of curry leaves, you should use just half of a teaspoon of lemon or lime zest. Of course, you can add more to the recipe, depending on your taste if you wish, but bear in mind the citrus will be more pronounced. 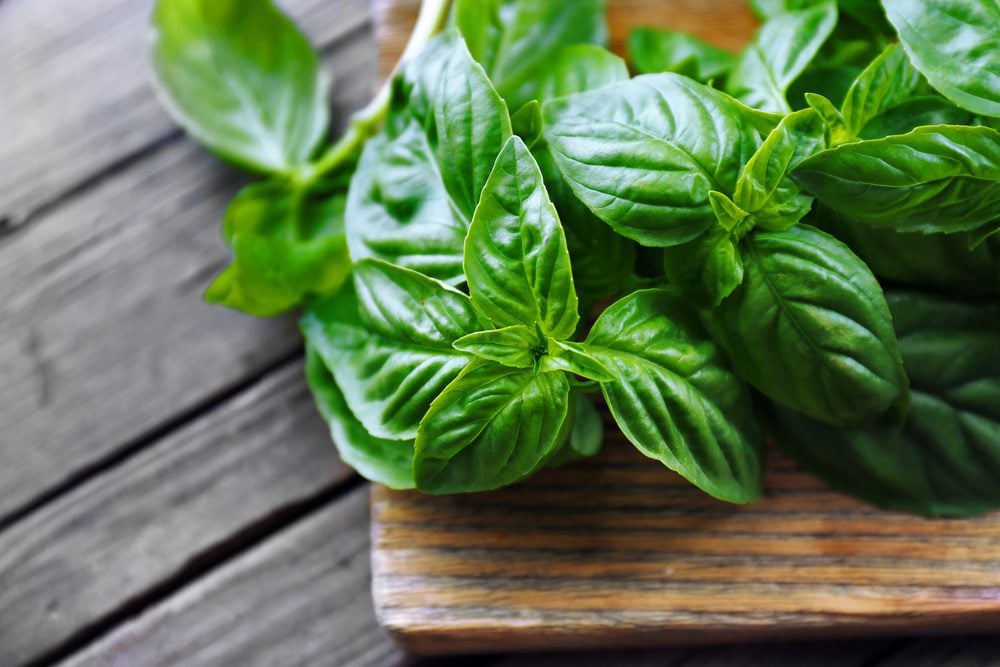 So, this one may seem slightly confusing, since basil is typically associated with Italian cuisine, and other Mediterranean dishes, whereas curry leaves are associated with dishes from South India.

However, it can be used alongside the zest of a lemon or lime to create the perfect substitute for curry leaves in your recipes. The reason for this is because it is similar in appearance and texture, two hurdles that other replacements have struggled to overcome.

As for the flavor, whilst it may not have the same citrus twang that curry leaves have, it is certainly very fresh like a curry leaf. It is also aromatic and has a slight minty taste, reminiscent of the taste you get from anise.

Adding some citrus means you have all the key notes from curry leaf covered, and they can be added to your recipes with ease.

Just use the same amount of basil leaves as the recipe species for curry leaves, and add some lime or lemon zest, or even some juice to really make the flavors pop. you can use basil as a replacement for curry leaves in soups, salads, dips, curries, and in dishes from both Asian and Mediterranean cuisine respectively.

Bay leaves are yet another staple in Asian dishes and are often used as a garnish in Indian curries and other recipes.

Bay leaves might not taste exactly like curry leaves, but they do share some similarities, and even have a similar appearance. They are minty and earthy, but also have a slight sweetness to them.

As well as this, they are also very easy to come by, and it is likely you already have some in your store cupboard since they are also used in many Mediterranean cuisine dishes.

Keep in mind that they do not have the same citrus flavor of curry leaves, but they might make up for it in the fresh taste and pungent aroma they provide.

In terms of how much to use as a substitute for curry leaves, it really depends on the recipe. Bay leaves can be really overpowering and are not usually used in large quantities in any meal.

It may be best to add them in leaf by leaf, tasting as you go along rather than just doing a direct substitute conversion, as it will depend on your preferences.

You can use these bay leaves as a substitute for curry leaves in many recipes such as Indian curries, especially those containing lentils and chickpeas, as well as in casseroles, stir fries, soups, and sauces. They also work well in meat and fish dishes.

Last but not least is the common garden herb lemon balm. This is actually pretty similar to curry leaves as it has that earthy herb flavor, alongside the fresher citrus taste. It is a little sweeter than curry leaves, and the flavor overall is a little less pronounced.

That being said, it makes an excellent substitute in a pinch and it is likely to be something that you already have at home.

You may need to use a little more of it in your recipes in place of curry leaves in order to get the same depth of flavor since it is that little bit milder.

However, it works very well, especially when cooked into warm meals such as curries, soups, sauces, and casseroles. As well as this, it is easy to come by and you may even have some growing in your backyard!