I cook with wine, sometimes I even add it to the food - WC Fields

Historically, we tend to think of wine as being a drink that, while being shrouded in the mists of time, originated in Italy and was spread throughout Europe by the Roman Empire, fermenting a tradition of vinification that has lasted for nearly two millennia.

But nothing could be further from the truth, as wine has a rich and storied global history fueled by the sort of innovation and invention that has led to it being made from a nearly endless variety of fruits, grains, and vegetables. 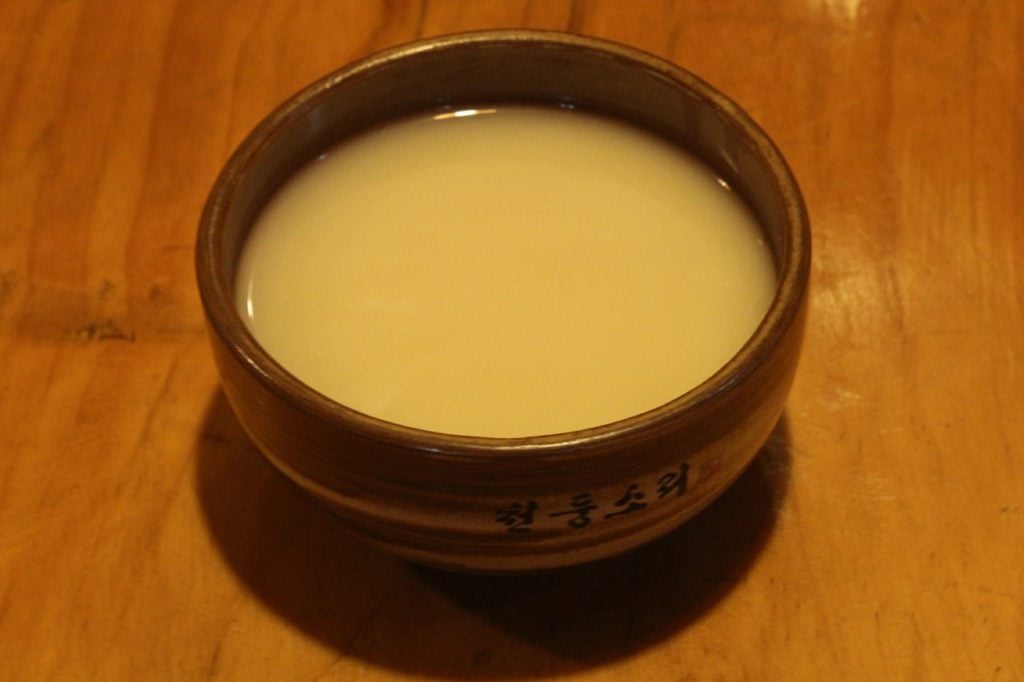 If a crop that can be harvested can also be used to make wine, there’s a good chance that someone, somewhere in the world has already done it at least once.

In southern Asia, wine has always been traditionally made from rice, and the type of wine that’s made from the world’s most sustainable staple varies from country to country.

And, just like it is the West, wine is an important part of, and ingredient in, Asian cuisine.

Unfortunately, rice wine isn’t always readily available and can be hard, and often nearly impossible, to find, so sometimes, when it’s an essential ingredient in a recipe, the only way to make that recipe work is by using a substitute that shares a similar taste profile.

You might be able to get away with using grape juice that’s been given an additional kick by adding a little rice vinegar to it for stir fry dishes, but that’s a quick fix solution that doesn’t for every recipe.

That’s why it’s important to find a substitute that not only imitates the flavor of the rice wine being used in the recipe you’re following but also has a similar color and texture.

Don’t panic, take a deep breath and calm down, We’re here to help and guide you through a list of four of the awesome substitutes for rice wine that are equally good that you can use to prepare incredible Asain cuisine. Are you ready? Then let’s begin…

An incredibly common ingredient in Chinese cuisine is Shaoxing rice wine, which has a reddish-brown hue and, as its name suggests originated, and is a beverage of choice, in the province of Shaoxing.

Because of its color, it can be replaced with a similar amount of pale, dry sherry.

While it’s tempting to use a cheaper substitute like cooking or cream sherry in recipes that include rice wine, it’s a bad idea as they’ll throw a taste and color wrench in the works and could end up spoiling your recipe.

It may cost a little more to use a pale sherry, but it will definitely be worth it in the long run.

An ideal substitute for any slightly darker rice wines, pale or dry sherry not only matches the flavor profiles of rice wine, it’s also a pretty good color match, so whatever it is you’re cooking will look as good as it tastes with a dash of pale sherry.

If your recipe needs a white rice wine, it’s time to put the sherry away and look elsewhere for an alternative, as the way a dish looks is just as important as the way it tastes and a darker sherry isn’t going to cut it in a dish that doesn’t need any additional color.

Rice wine might share its name with the Western version of the drink made from grapes, but it’s much closer in flavor to gin. So, if your recipe calls for white rice wine, try adding an equal measure of gin instead. It isn’t perfect, but it will work.

If you don’t have any gin, at push you could use dry white wine, but before you begin adding it make sure that it says dry on the label of the bottle.

However, if you happen to have a bottle of Vermouth in your liquor cabinet, it’s an ideal substitute for gin as it shares a similar floral flavor.

Remember, if the recipe calls for white rice wine, use gin or Vermouth, and as a last resort, and only if you don’t have either of the other alternatives, you can use dry white wine.

What Do I Do If My Recipe Needs Sake?

Even though it’s referred to as a wine, the process that’s used to make Sake is actually closer to the way that beer is brewed, so calling Sake a wine is both a little misleading and disingenuous.

With a seemingly endless variety of different flavor profiles, Sake is an all-purpose, go-to Japanese beverage of choice that bridges the generational gap and is enjoyed by the entire population of Japan.

When it comes to finding an alternative to Sake that can be used in cooking, it’s easily replaced by dry sherry or white wine. Just use an equal measure of either, and the recipe will work the way it was intended to.

If you’re feeling a little more adventurous, you can always substitute Vermouth for Sake, which will give your recipe a little floral boost and make sure that it’s closer in flavor to the original.

Mirin is a pale, sweet Japanese rice wine that’s used in a surprisingly large number of recipes, that can be substituted with an equal amount of dry sherry.

However, because Mirin is so sweet, if you’re going to use dry sherry in your recipe instead you’re going to need an additional ingredient to give it that extra sweetness that the recipe requires.

And that additional ingredient is sugar. For every tablespoon of dry sherry that the recipe needs, you’re going to need to throw in half a teaspoon of sugar.

If you’re uncomfortable using sugar in your recipe, you can use sweet sherry instead of dry sherry, but be aware that the color of your finished dish might not be quite the same as the recipe says it will, but it’ll be pretty close.

Or You Could Just Make Your Rice Wine

If you’re a stickler for tradition, you could just make your own rice wine instead. It’s relatively easy and straightforward to make, and the whole process begins with five cups of glutinous rice that you’ll need to soak for an hour.

After the rice has been soaked, drain it and steam it for around seventy minutes, and then add a teaspoon of all-purpose flour and a quarter of a Chinese yeast ball to the rice.

Once you mixed the additional ingredients into the rice, put it into however many clean, sterile containers you need to use all of the mixture, ensure that the containers are tightly sealed, and then store them in a warm, dry place.

The heat will start the process of fermentation, and this is the point at which you’ll need to exercise a little patience, as said fermentation doesn’t happen overnight.

It takes around a month for the rice mixture to completely ferment, so four weeks after leaving the rice in your chosen location, drain the liquid in the containers into sterilized bottles and your rice wine is ready to be refrigerated and used whenever you need it.

While both products are similar in the sense that both are made from fermented rice, the main differences are the manner in which each one is produced, as well as how they’re used. The two can easily be confused, especially with rice vinegar often being labelled as rice wine vinegar.

Rice wine, unlike a lot of other varieties of wine, is made from fermented glutinous rice through a process in which yeast transforms the sugars into alcohol. Rice wine is used in many Asian cuisines, especially Chinese cooking, adding sweetness and depth of flavor.

Unfortunately, rice wine isn’t readily available and can be extremely difficult to find, so when it’s an essential ingredient in a recipe, you’ll need to find a substitute that shares a similar taste profile. We’ll take a look at some of the best-suited substitutes a little further down.

Rice vinegar, also widely referred to as rice wine vinegar, is made by fermenting the sugars in rice into alcohol, and then afterwards, into acid.

As opposed to white distilled vinegar, rice wine vinegar is significantly less acidic and contains a delicate, somewhat sweet flavor. Its common uses include complimenting marinades and salad dressings, and for pickling vegetables.

Can I use white vinegar instead of rice wine?

It’s important to find a substitute that not only imitates the distinct flavor of rice wine, but also shares a similar color and texture.

White vinegar shares many of the same characteristics in terms of color and texture, but it is far too acidic to be used as a direct replacement for rice wine.

More suitable substitutes for white-rice wine could be an equal measurement of gin or a dry white wine. While a dry white wine won’t fully replicate the flavor, it is an acceptable alternative for Chinese rice wine in marinades.

Can I use red wine vinegar instead of rice wine?

Again, it’s important to find a substitute that imitates the color and texture of the rice wine detailed in the recipe you’re working to. Red wine vinegar is more commonly used as a suitable replacement for rice wine vinegar, rather than rice wine.

A common ingredient in Chinese cuisine is Shaoxing rice wine, characterized by its reddish-brown hue. Due to its color, a suitable and popular substitution to Shaoxing rice wine could be a similar amount of pale, dry sherry.

Can you substitute cooking wine for rice wine?

As noted above, dry sherry is an excellent substitution for Shaoxing wine and Chinese cooking wine.  Another good replacement is Sake, a Japanese rice wine. Although Sake is a little lighter in flavour than traditional cooking wine, it remains a good option.

A final substitute you could use is Mirin, a Japanese sweet cooking wine. If you decide to use Mirin, it’s recommended that you either omit or reduce the sugar required in the recipe because Mirin is much sweeter than traditional Chinese cooking wine.

If there isn’t any sugar to omit, it’s not a problem, just bear in mind that it's likely your sauce will be a little sweeter than usual.

All of the options noted above work well, primarily because they are alcoholic like Chinese cooking wine. This helps to provide a similar depth and complexity to sauces or whatever recipe it is that you’re following. 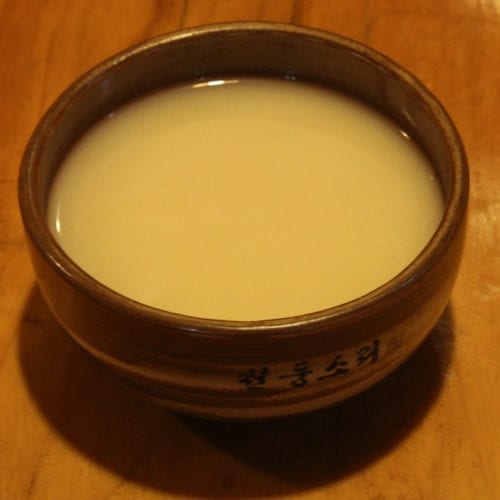