If you are a Vegan, you will know all too well that eating out is not always easy. It can be difficult to find suitable food options, especially when it comes to fast-food restaurants.

However, when it comes to Shake Shack, all is not lost and there are some vegan options available. While there are only three options, there will still be food suitable for you to eat if you are visiting this restaurant.

If you have looked at the Shake Shack website, you have likely noticed that their food menu does not include an ingredients list. However, if you check out their allergen list, this contains all of the information required.

In this article, we will be talking you through these three options so you know which tasty treat to choose. 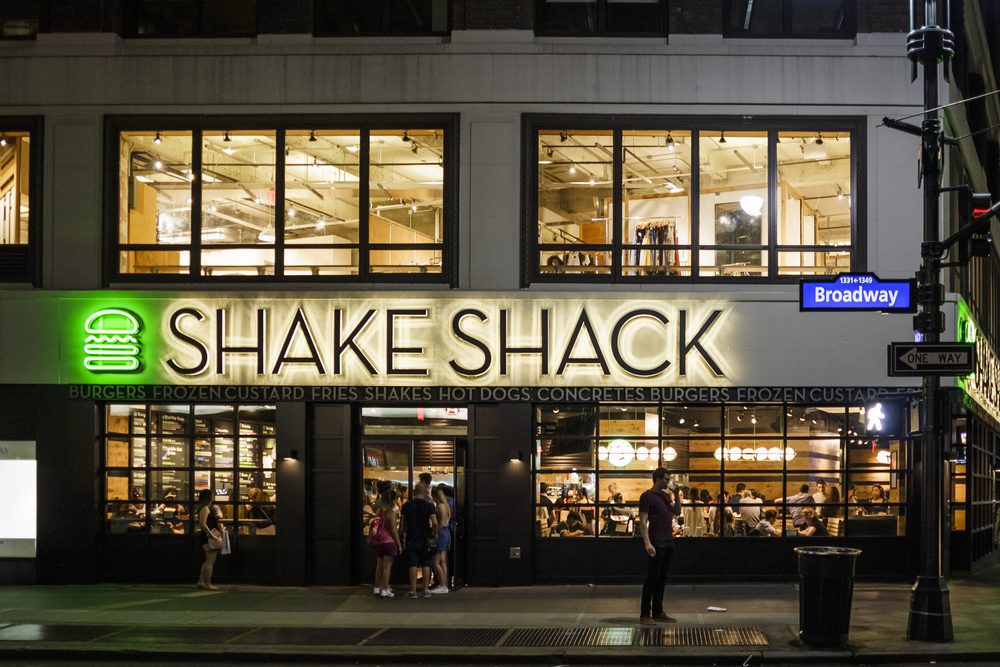 Option One - The Veggie Shack

Shake Shack does offer vegetarian options, such as their Shroom burger. But, as the shroom burger contains cheese within the mushroom, it is not vegan-friendly.

In 2018, Shake Shack released the Veggie shack. The burger itself is vegan friendly, which is great. Some of its ingredients include beets and black beans. However, the bun the burger is served in does contain milk.

If you swap the bun out for the lettuce wrap or gluten-free option it will then be vegan. In addition to this, do not forget to ask for your Veggie Shack to be served without cheese.

What is great about this burger is that the mustard mayonnaise it is served with is vegan too, so you do not have to worry about eating a dry burger!

The only downside to this burger is that it is not always served in every Shake Shack chain. Given this, it is worth checking the menu of your local shake shack beforehand.

When it comes to fast-food fries, the shake shack ones are iconic, with their crinkly shape and their delicious flavor. When looking at the ingredients list, the Shake Shack fries do seem to be vegan, which is great.

Given this, they may not strictly be vegan. We would recommend double-checking with your local Shake Shack before purchasing to be on the safe side.

Shake Shack is known for their milkshakes, but unfortunately, these are yet to be made vegan friendly.

However, the soda they sell is vegan friendly. In addition to this, the iced tea, cold brew without the milk, and root beer are all safe to drink too.

Does Shake Shack have vegan milkshakes?

No, Shake Shack does not currently or has ever offered vegan milkshakes in their stores and they are not planning to serve any time soon.

All of Shake Shack’s milkshakes include eggs and dairy milk which are not suitable for vegans. Shake Shack does have a selection of vegan drinks on their menu though including their shack-made lemonade, fresh brewed iced tea, fountain soda, and also some of their alcohol selections, but this will differ from store to store.

Does Shake Shack have beyond burgers?

No, Shake Shack does not currently have the vegan alternative to meat ‘beyond burger’ on their menus right now but they are working on expanding their food menus to be more inclusive for vegetarians and vegans.

Shake Shack does already have vegetarian burgers on the menu called ‘Veggie Shack’ and ‘Shroom Burger’ but they’re not vegan as they also have ingredients like mayonnaise and cheese in the bun. Some Shake Shack stores serve vegan mayo to go with the Veggie Shack burger so you’ll need to check in the store to find out which one they’ll use.

You can remove the cheese and also ask for a gluten-free bun (the original bun contains dairy) to make the Veggie Stack burger suitable for vegans. The Shroom Burger cannot be made vegan though as the portobello mushroom used is stuffed with cheese.

Are the fries at Shake Shack vegan?

Yes, the fries at Shake Shack are considered vegan friendly, however, they are cooked in a fryer that is also used to cook their chicken so there could be a possibility for cross-contamination so some would consider the fries not vegan friendly.

As you can see, there are some options available to vegans at Shake Shack. However, the vegan menu is severely limited in comparison to some other fast-food restaurants, which is a little disappointing.

There really is no veggie burger or vegan burger so the vegan option is limited. There is hope as the company is testing Veggie Shack burgers. This new veggie patty is "packed with real greens, grains, and herbs and is topped with avocado, roasted tomato, shredded lettuce, and tangy lemon mayo - all on a wheat bun" according to the company website.

Even so, the vegan options at Shake Shack are tasty and you should try them out for yourself!