Oyster mushrooms aren’t nearly as popular as some of the other types of mushrooms out there but they taste just as good.

What’s great about an oyster mushroom recipe is that they taste similar to some of the other, more common, dishes you have had. 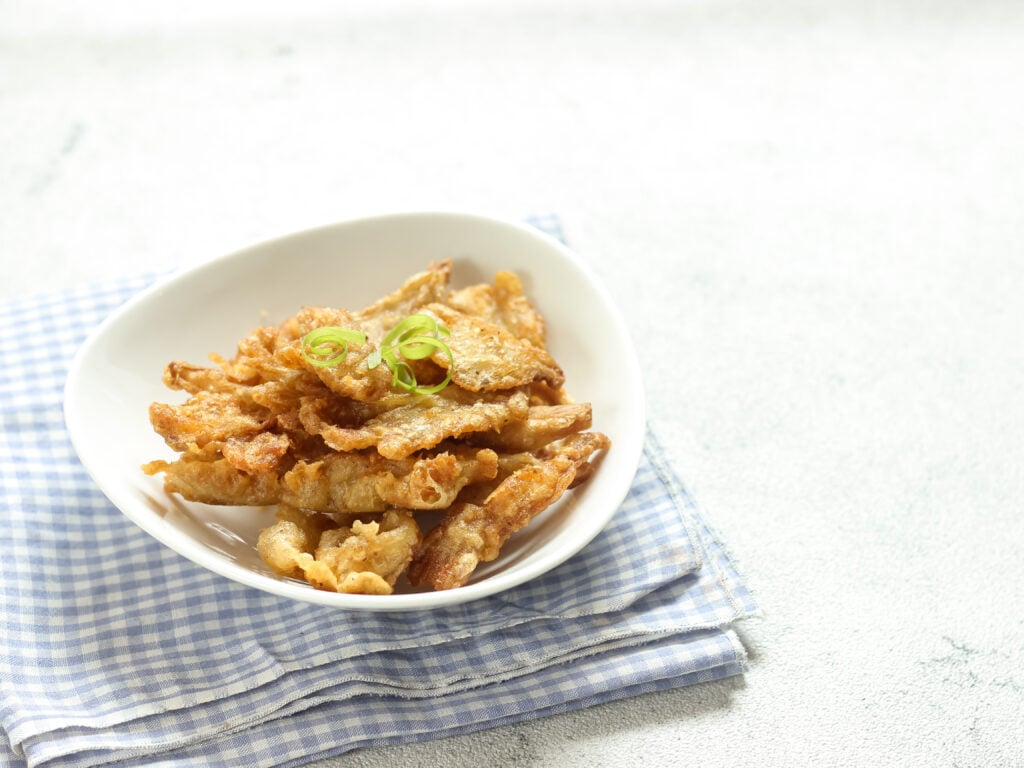 Cooking oyster mushrooms isn’t any more difficult than cooking other types so the cooking times won’t need to be adjusted.

If you’re ready for a perfectly savory mushroom that you can use in place of meats then this list is for you.

You’ll also learn how to prepare, store, clean, and cook a blue oyster mushroom recipe so you don’t have any questions after reading.

Exactly What Are Oyster Mushrooms?

Oyster mushrooms are usually white or pink in color and both their stems and caps are similar to the consistency of tofu so they’re very soft.

They also have a mild flavor, which means you can use them as an alternative for nearly any dish that calls for meat.

Oyster mushrooms are also one of the easiest types to grow so if you’re looking for a new project then this might be something to consider.

All parts of the oyster are going to be edible and the caps themselves look like small oysters sitting on the stems which is where the plant gets its name.

They were originally harvested in Germany during the first world war but you can find them all over the world these days.

They typically grow in clusters and have a very short stem. There’s a total of seven main types but the most common are the pearl and king oyster mushroom.

You might be able to pick this up at your local grocery store but you also might have a better chance at a specialized store with healthier food options.

This means you can add them to almost any dish without worrying about it having an off-taste.

The flavor has been described as either pungent or earthy but there’s honestly no wrong way to eat oyster mushrooms.

You can always try out different recipes and see what works best for you.

If you’re looking for a meat alternative then you can’t go wrong with an oyster mushroom recipe.

They have a much stronger flavor than other mushrooms and are known to take on the taste of whatever it is that they’re cooked with.

Some people even say the oyster mushroom has a slight seafood taste, hence the name.

How to Prepare Oyster Mushrooms

Getting a nice batch of oyster mushrooms feels like you’ve already won but unless you really keep them in prime condition, they might lose flavor and texture that will help your meals taste better.

You want mushrooms to remain chilled to have the best chance of keeping them for a long period of time but you also don’t want to cut off air circulation.

Keep them in a brown paper bag with the top folded down so they don’t have any openings but they still get a layer of protection.

Any kind of plastic bag that seals won’t provide enough air for the mushrooms to stay in prime condition.

You also don’t want to keep them in a drawer in your fridge because it will have the same effect as a plastic bag. Keep them on a shelf in the open.

Just don’t soak them or else they’ll get too soggy and won’t hold up when you’re ready to cook up a pink oyster mushroom recipe.

All the Steps on How to Cook Oyster Mushrooms

Once you get your oyster mushrooms rinsed off, you can start cutting off the stems.

Cut off a little more than 50% of the stems but you can also cut off the entire stem if you don’t enjoy the extra texture.

The stems tend to get a little rubbery so they aren’t as satisfying to eat as the actual mushroom.

If you have a dish that calls for slices of oyster mushrooms you’ll need to cut each one into thirds, depending on the size.

Keep in mind the oyster mushroom will shrink in size when you’re cutting it down.

The mushroom itself can adapt pretty well to different kinds of treatments so don’t be afraid to substitute it if your recipe calls for something else.

Serving your oyster mushroom recipes is going to be just as important as cooking them so take some extra time to make them right.

If you like the flavor, you can simply cook up a batch of oyster mushrooms, slice them up, and serve them on an appetizer plate.

If you get the flavors just right they add a fantastic savory complement to any meal.

Pasta already includes mushrooms in a ton of different Italian dishes so if you really want to bulk up your meal with some monster size mushrooms, take on some oyster-sized ones.

A ton of Asian cuisine also adds in mushrooms to give an earthy and sometimes meaty compliment so feel free to add them in anytime you see oyster sauce or fish sauce.

Sandwiches and burgers are another must try when you’re considering cooking up some oyster mushrooms. The bigger size also gives it a better chance to stay in your sandwich without falling out.

Quesadillas are another prime example of adding in oyster mushrooms. It’s a great way to have a vegetarian dish without sacrificing any flavor or texture in the dish. 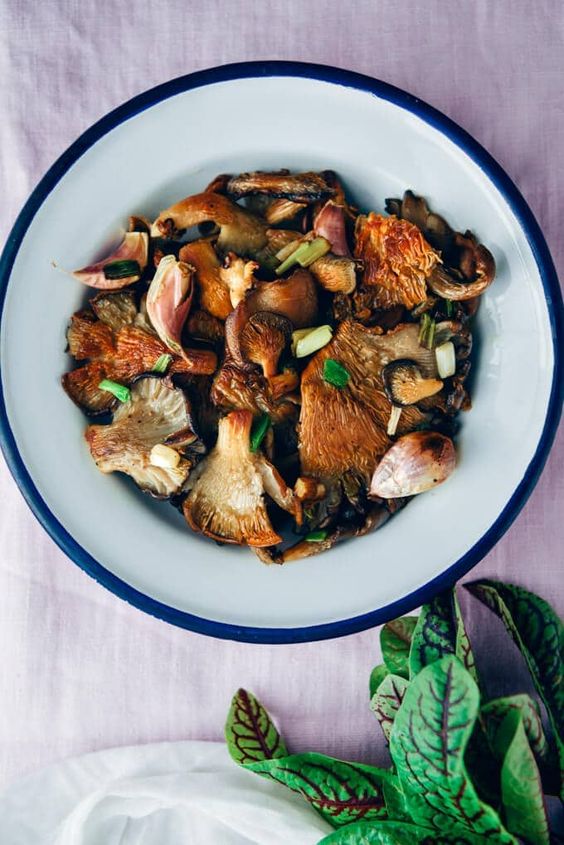 There isn’t a simpler recipe than this one and the ingredients are ones you already have in your kitchen.

All you need is green onion, black pepper, butter, and garlic all mixed together to make these mushrooms taste like perfection.

Once you pan fry them up they will be so moist and tasty that you’ll start craving this dish 24/7.

It’s another way to make a ton of delicious mushrooms that you can add to a salad or eat by themselves. 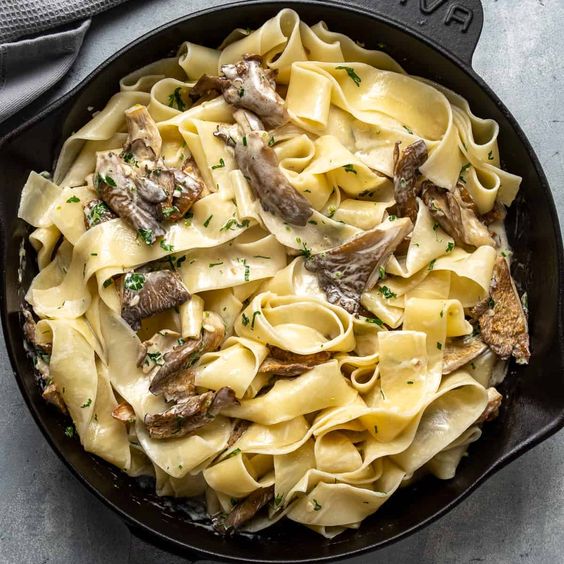 One bite of this creamy oyster mushroom pasta and you’ll forget about any other kinds of pasta you’ve tried before. The creamy sauce and the tender oyster mushroom are a match made in food heaven.

This recipe uses big flat noodles but you can use any kind you want and it will still taste just as good.

It’s also always a good idea to top it off with a little bit of freshly grated Parmesan cheese and some parsley.

Serve this up with some garlic bread and you’ll be set for dinner. 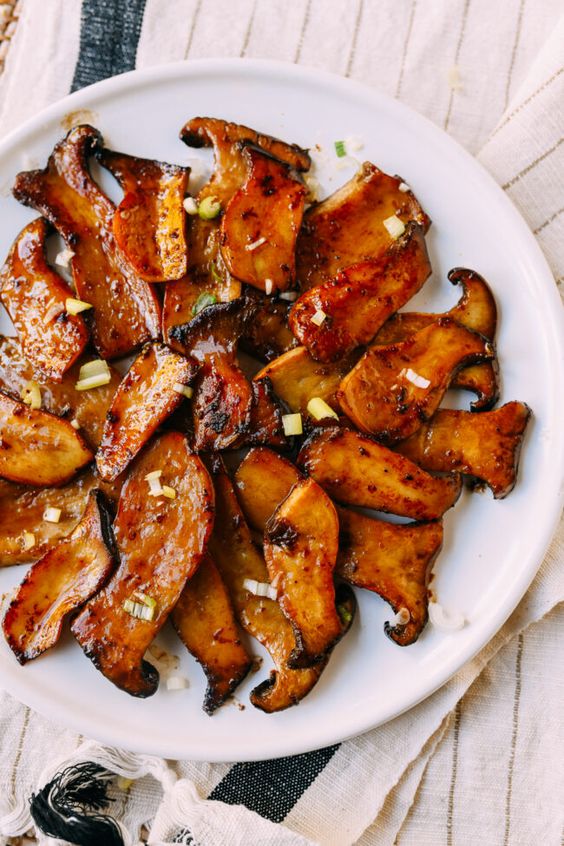 The name is a mouthful and the taste is too. These soy butter glazed king oyster mushrooms are that good.

The soy butter glaze gives it such a new flavor you haven’t had before and you’ll want to throw it on a ton of different dishes.

All you have to do is throw the ingredients in with the oysters and let the magic happen, you don’t even really have to stir it.

You can eat these as a snack or a side dish and they will taste just as good either way.

They are great to take to work when you need something simple but you want it to taste out of this world. 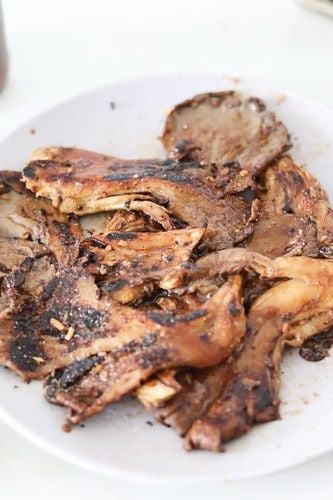 Yep, you read that right, an oyster mushroom steak is for dinner and you’ll never forget it.

This savory delicacy is the perfect alternative to having meat if you’re trying to stay vegetarian and, honestly, you won’t even taste the difference.

The flavors of this recipe are perfect for an accompaniment to your other dishes and the oyster mushroom steak itself is so good you could even eat it by itself.

It has a perfect mixture of soft and chewy texture that really makes this vegetarian dish stand out from all others, plus it’s super easy to make too.

Throw these in a salad and call it a day, just make sure you make enough so you can add them to other meals throughout the week. 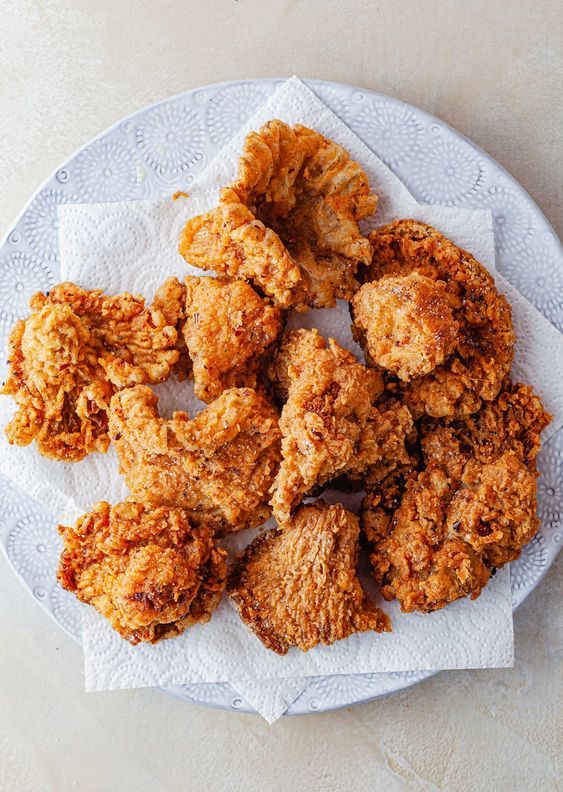 Nothing will coat your mouth and leave your taste buds more happy than this fried oyster mushroom dish.

The coating on this bad boy gives it an amazing crunch and they taste like little bites of deliciousness.

You can serve these up as a snack or even as a side to your main course, but no matter what you do just make sure you try them at least once in your life.

Give them a delicious remoulade to dip in too, so they don’t get lonely by themselves.

You can even experiment by adding some chili pepper to your breading to give these a slight kick.