Cheese is a scrumptious ingredient loved by many. Who can say no to a gooey grilled cheese sandwich? Or to a pizza piled high with melted cheese toppings with cheese buried in the crust?

Contents show
1 What is Gruyère cheese?
2 Emmental
3 Jarlsberg
4 Raclette
5 Comté
6 Beaufort
7 Which is the best substitute for Gruyère cheese?
8 In summary
9 Related Posts:

Cheese is a versatile ingredient that can be used in so many different recipes that it has become a firm staple in many a refrigerator. 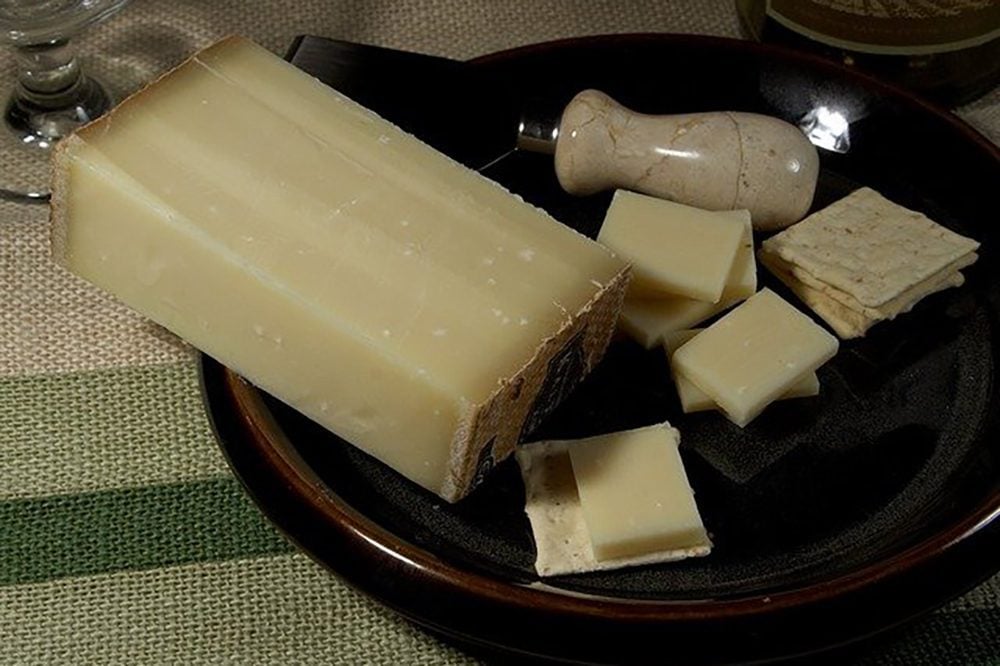 Most cheeses are traditionally made from cow’s milk, however, you can get cheese made from sheep, goat, and buffalo milk.

In fact, cheese can be made from pretty much any milk - even camel, reindeer, or yak milk! This versatility makes for a wide array of cheeses that can be used in various recipes.

The types of cheese you can get also vary in hardness. Cheese can be anything from soft, such as brie and camembert, to the harder variety such as Gruyère or even parmesan.

But sometimes you might not have the exact ingredients you need for a recipe - especially if it’s been a while since you last went to buy food.

So if your chosen recipe calls for Gruyère as one of the ingredients, what are some common substitutions that you can use instead?

What is Gruyère cheese?

Firstly we need to know more about what Gruyère cheese is and its unique properties before we can find an appropriate alternative.

Gruyère is a traditional Swiss cheese that was originally made in the town of Gruyères in Switzerland - hence where it gets its name from!

The cheese itself is a firm cheese that’s pale yellow in color. Gruyère has a slightly nutty taste and is rich and creamy.

The cheese is characterized by the small holes which are often associated with Swiss cheese.

These little holes are formed by gas bubbles which are released by bacteria used in cheese production. However, Gruyère has smaller holes than other cheeses such as Jarlsberg.

Gruyère cheese is cured for roughly 6 months or longer. It’s a very versatile cheese that can be used as a table cheese, or in a fondue thanks to its great melting properties.

However, despite how great a cheese Gruyère is it can be quite expensive to buy right here in the US. It can cost anywhere between $14 to $18 per pound, which is a lot of money if you only want to grab a bit of Gruyère for a single recipe.

Fortunately for you, we’ve got 5 great substitutes for Gruyère cheese so that you can cook away to your heart’s content!

If you’re looking for a fondue cheese then Emmental should be your go-to substitute cheese of choice.

This particular cheese is another Swiss cheese that originated from Emmental in Switzerland. It can also be known as Emmentaler or Emmenthal.

This particular delicacy is a medium-hard cheese made from cow’s milk. It also features those holes often associated with Swiss cheese and has an aging time of between 2 to 18 months - depending on the type of cheese you go for, of course.

The flavor can also vary depending on the maturity and variety of cheese you choose. It can range from mild and buttery in flavor to fruity and full-flavored.

Emmental cheese has fantastic melting properties. So much so that it is often used with or instead of Gruyère when it comes to cheese fondues.

However, you can also use Emmental cheese for a variety of other recipes. You can use it for sandwiches, with bruschetta, grilled cheese, or even as part of a cheese plate.

Jarlsberg is another traditional Swiss cheese that features the classic holes caused during the production process.

This particular cheese originates from Jarlsberg in Norway and was created by Anders Larsen Bakke in the 1800s.

This particular tempting treat is a semi-soft cheese made from cow’s milk that comes with a mild taste. It features the same mild nutty flavor as Gruyère, with a hint of sweetness.

It also closely resembles Emmental, but has a sweeter and stronger flavor than its Switzerland counterpart. It is quite buttery in texture and has become a firm favorite for many Americans.

Jarlsberg comes in a yellow wax rind and tends to have a semi-firm outer layer.

This particular cheese tends to be matured for at least 3 months but can come in variations of maturity with a minimum of 9, 12, or even 15 months.

You can generally tell the age of a Jarlsberg by the size of the holes, or “eyes”, as they are sometimes known.

This is another versatile cheese which makes it a great substitute for Gruyère.

It can be used for sandwiches, as part of a cheese plate, for snacks, or even in a fondue if you’re feeling adventurous. It does tend to melt well, which lends itself well to hot dishes.

What’s really great about this particular cheese is that it was so popular with us Americans, that it is now made in Ohio to save on importing it from Norway.

We’re back in Switzerland for our next Gruyère substitute. Raclette cheese originated from Valais in Switzerland, and the name also refers to the traditional raclette dish it is used for.

The term ‘raclette’ is derived from the French word ‘racler’, which means ‘to scrape’. A traditional raclette features hot, melted cheese scraped onto your plate.

Raclette cheese is a semi-hard cheese made from raw cow’s milk. It tends to typically be matured for between 3 to 6 months. Unlike its Jarlsberg counterpart, the orange-brown rind of raclette cheese is edible.

The flavor of raclette cheese can vary depending on the region it was made, but it tends to be fruity, nutty, milky, and spicy. It also tends to have a slightly floral aroma.

This particular cheese has fantastic melting properties, thanks to its traditional dish. Which makes it another great substitute for Gruyère if you’re wanting to find a reliably melty cheese!

This makes it perfect for fondues or even as toppings for hot dishes such as lasagne or pizza. You can also use it for sandwiches or as part of a cheeseboard.

Our next Gruyère substitute is situated in France. Originating from the Franche-Comté region of France along the border with Switzerland, Comté cheese is another Swiss cheese which makes a great substitute for Gruyère.

Comté is a protected cheese that can only be made in the Franche-Comté region. It can also sometimes be known in France as Gruyère de Comté!

Comté is a semi-hard cheese made from raw milk. What’s really interesting about this particular cheese is that it’s matured in special caves so it can get the unique color, taste, and texture that it’s known for.

It tends to be ripened for at least 4 months up to 18 or 24 months, and has a dusty brown rind with a pale yellow center.

The flavor of Comté mostly consists of nutty aromas balanced with brown-butter and sweet notes to finish. It’s suggested that you can note as many as 83 different flavors when tasting Comté cheese.

Comté cheese has fantastic melting properties, which makes it a great choice for fondues or even the French classic Croque Monsieur.

Staying in France for our next cheese, our last choice for a great Gruyère substitute is Beaufort. Similar to Comté, this particular cheese is made exclusively in the French Alps using raw cow’s milk.

Beaufort is another semi-hard cheese that has a signature shape of concave sides. It is thought this unique shape made it easier for French farmers to carry the cheese down the mountains.

This particular cheese is matured for between 2 to 12 months in order to achieve the perfect flavor. It’s very similar in appearance to Comté cheese but has a much subtler flavor. It also lacks the characteristic holes of other Swiss cheeses.

Beaufort cheese also has great melting properties, but tends to taste best with fish dishes. That doesn’t stop it from being a great substitute for Gruyère cheese, though!

Which is the best substitute for Gruyère cheese?

This will entirely depend on the recipe that you hope to use the Gruyère substitute for. If you only need a couple of handfuls for your recipe, then any of the above cheeses should be a good fit.

If you need a cheese with a high melting point, you should aim to use a cheese that has a high moisture content.

That’s because it will flow more easily once melted for recipes like fondue. The good news is that all of the 5 cheese substitutes that we’ve named lend themselves well to that particular dish!

So there you have it! 5 great cheese substitutes for any Gruyère recipes you want to get stuck in with.

Whether you’re trying to find a cheaper substitute or just haven’t had a chance to pay a visit to your local food store, these 5 kinds of cheese have got you covered.

All 5 are fantastic Swiss cheeses and are closely related to Gruyère cheese - especially in terms of nutty flavor and melting properties.

When choosing the right cheese for your recipe, it’s best to make a note of the age of your cheese, as well as its specific flavors or properties. This can help you to find the closest match for your substitution needs!