Chicken broth can be added to almost any recipe to take it from good to great. But the downfall of chicken broth is that you often don’t need an entire box. So, just how long can you keep this in your refrigerator or pantry until it goes bad?

We’ll find out in this article and answer a few more common questions about chicken broth.

First of all, does chicken broth go bad? 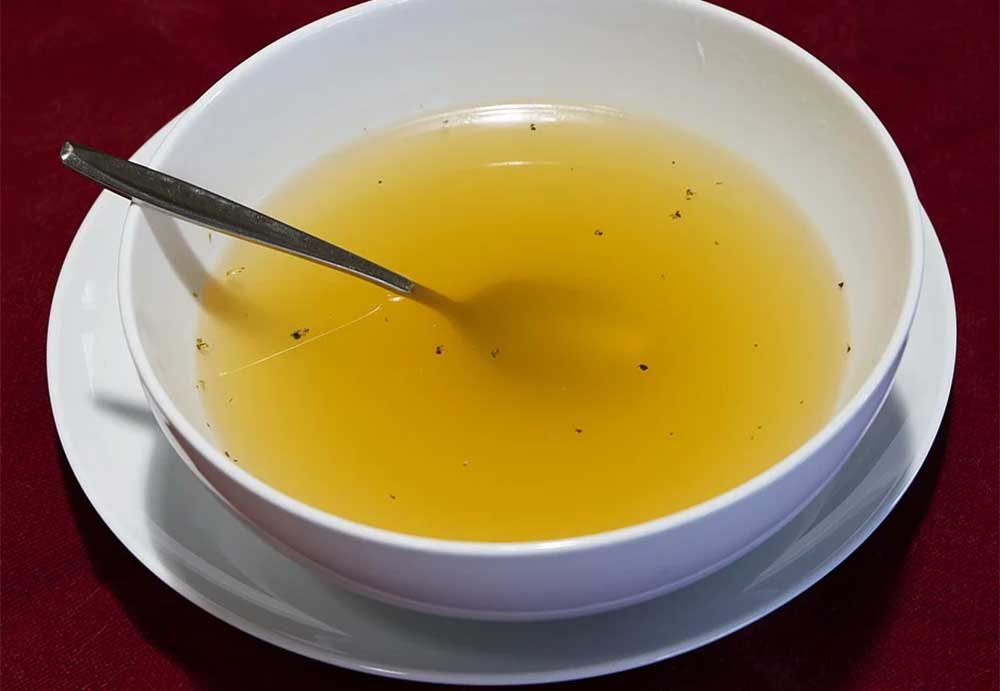 Chicken broth packaged in aseptic containers can last up to a year past the printed use by date, as long as it isn’t opened and it is stored in your pantry properly. This is also true for chicken broth found in cans, so your chicken broth could still be good long after the packaging says so!

However, once you open the chicken broth, its lifespan starts decreasing substantially. Once opened, a container of chicken broth will only last around five days.

What about homemade chicken broth?

If you’ve made your chicken broth at home, it will have a similar lifespan to open broth as it doesn’t have the proper packaging to keep it good for so long. With that being said, if you choose not to drain the fat out of the broth, it will keep for slightly longer than if you were to store it without the fat.

The reason for this is that the fat will rise in the container and congeal at the top, offering the chicken broth another layer of protection from the fresh air. This will allow the homemade chicken broth to last up to twice as long, making its lifespan up to ten days rather than five.

With that being said, it’s always important to check your chicken broth if it has been opened for signs that it is spoiled. No one wants to use spoiled chicken broth and ruin their whole meal, so check the sight, smell, and taste it beforehand.

How should you store chicken broth?

If your chicken broth is unopened, you can store it in a cool and dry place, such as a pantry or cupboard, and leave it until you’re ready to use it. Remember to check the expiration date beforehand, but you can add a whole other year onto this as long as it smells and looks fresh when you open it.

How long does chicken broth last in the fridge?

Once you have opened your chicken broth, you’ll need to keep it in the refrigerator. Transfer it from its original packaging to an airtight container and leave it in the fridge for up to five days.

Can you store heated chicken broth?

You should not reheat your chicken broth, so only use the correct amount as and when you need it. The only exception to this rule is homemade broth can be reheated once. So, storing homemade chicken broth is similar to storing commercial chicken broth with one additional step.

You have to wait until your homemade broth has cooled completely before storing it in an airtight container in the refrigerator.

Can you freeze chicken broth?

Yes, you can freeze chicken broth to prolong its shelf life. Use an airtight container to hold the broth before storing it in the freezer. Make sure that you date the container before freezing so that you know when to use it.

For an easier alternative, you can freeze chicken broth in ice cube trays! Then you’ll be left with serving-sized cubes of chicken broth to use in multiple recipes.

You can technically freeze chicken broth indefinitely, but the taste might be affected the longer you leave it in there. Ideally, you wouldn’t leave your chicken broth in the freezer for longer than six months.

We hope that you’ve learned something interesting about chicken broth in our article. Remember to store it properly, whether it’s opened or not, for the best results. Always check for signs of spoilage before using, such as mold, funky smells, and dents in the packaging.