Sarsaparilla and root beer are both very popular beverages made from roots and vines. Known as Sarsi in most Southeast Asian countries, its trademark flavor is often compared to root beer.

These two drinks were originally produced for medicinal purposes or as a tonic. Although popular around the world, it is here in the United States that Sarsaparilla and root beer are ingrained into American culture. 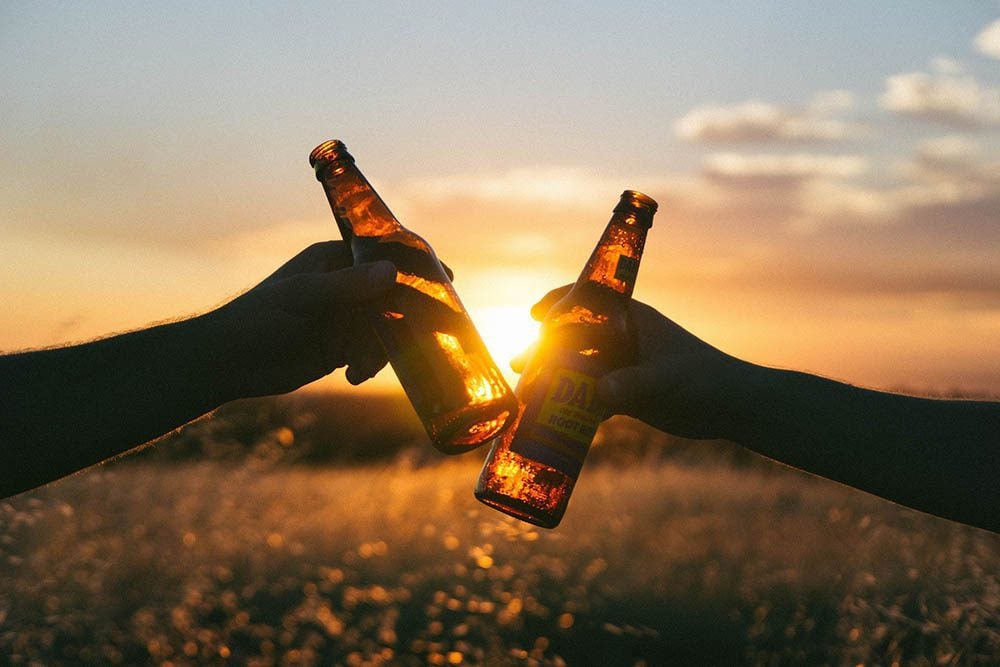 While there are similarities between the two, there are some key differences to take into account.

In today’s article, we are going to explore both beverages and pit them against each other to see if one is better than the other.

For a quick summary of the differences between the two drinks, well, there isn’t much to say.

Aside from the different labels and different names, they are pretty much the same. However, their tastes vary significantly.

We are going to tackle these drinks head-on and look into how these drinks fare against each other in more depth below.

Sarsaparilla is made from the Smilax Ornata plant or other variants of plants. These are small, woody vines native to Mexico and Central America.

It is commercially used to produce this slightly bitter-tasting medicinal drink.

Coined from the Spanish term “zarzaparrilla”, this drink has a rich and very long history.

It is believed that the drink was first used by Native Americans who prepared it for medicinal purposes.

That was before the Spanish discovered the beverage and introduced it to different areas of Europe.

Interestingly, many believe that sarsaparilla’s natural flavoring, which can be very bitter to many, led to the development of root beer.

During the 19th century, sarsaparilla was advertised as treatment for skin and blood problems but the verdict has remained out on whether it has any actual health benefits at all.

However, some scientific research has backed up these health claims. Sarsaparilla contains A, C, D, and B-complex vitamins and a whole host of minerals such as iodine, iron, manganese, zinc, copper, and silicon.

It has also been found that there are active chemical properties within the sarsaparilla plant along with anti-inflammatory and anti-cancer compounds and antioxidants.

Within these plants are plant sterols. These have been found to lower LDL cholesterol and limit the risk of heart attacks and strokes.

Flavonoids, which are pigmentation chemicals, are also contained inside these plants.

They boost your immune system due to their strong antioxidant and anti-inflammatory properties.

Your cells can also receive protection from flavonoids, especially if they’ve been damaged by free radicals.

Additionally, they can improve your immune function and prevent cancer cells from dividing and spreading thanks to their anti-mutagenic properties.

Unlike sarsaparilla which is made from one plant, root beer is produced with a combination of many roots and ingredients. These include vanilla, cinnamon, and wintergreen.

It is a sweet North American beverage that is traditionally made using the root bark of the Sassafras tree or the smilax ornata vine. 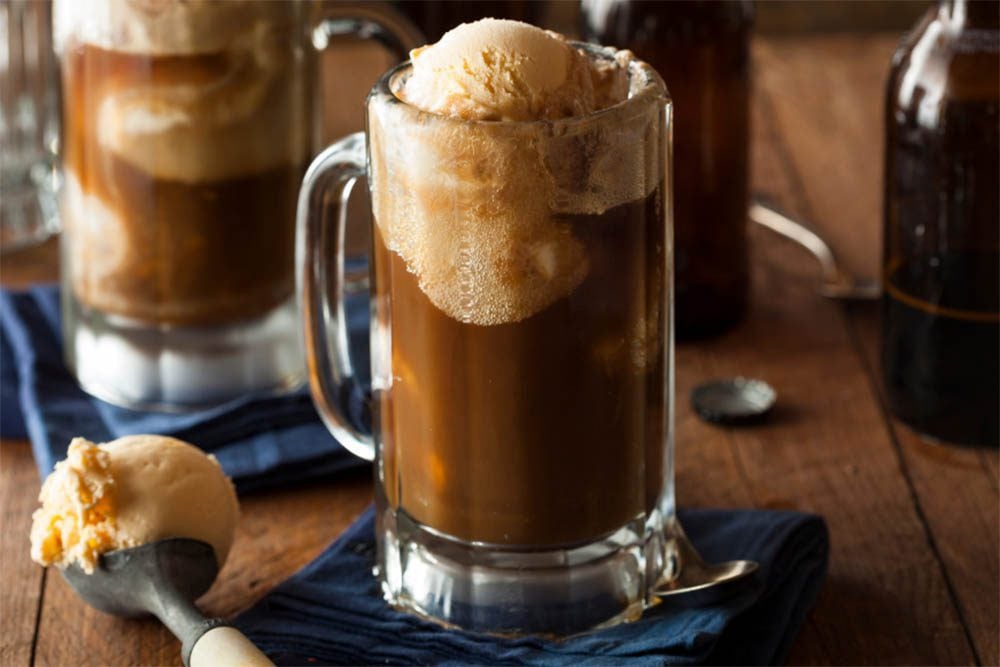 That’s right, it is made from sarsaparilla. Other ingredients are included but it is typically, but not always, non-alcoholic, caffeine-free, sweet, and somewhat carbonated.

Unfortunately, it was found that sassafras trees contained volatile oils that could cause cancer. Therefore, the FDA banned the plant so manufacturers had to look elsewhere for ingredients.

This has resulted in modern root beer beverages being flavored with sassafras oils and birch without the original plant.

While modern root beers do not contain sassafras plants, they do include artificial flavoring, preservative sodium benzoate, and sweeteners such as maple syrup, honey, sugar, aspartame, and molasses.

Root beer first hit our shelves as a commercial beverage in 1875. It was developed by Charles Elmer Hires but has a longer history than this.

His first intention was to name the drink “root tea” but ended up going with “root beer” instead. This was to boost sales among Pennsylvanian coal miners. We reckon it worked!

Root beer became increasingly popular in the 1890s with non-alcoholic variants becoming available on the market to reach a wider audience.

As mentioned, sassafras root drinks have a long history. Sassafras root beverages were being made by the indigenous people of the Americas for hundreds of years. It was originally used for medicinal and culinary purposes.

Though this wasn’t root beer as we know it today, the arrival of Europeans in North America in the 1600s saw them use European culinary techniques to make these sassafras root drinks into the root beer similar to today.

While many people get confused between these beverages, there is one distinct difference, the taste.

Original sarsaparilla, which is made from root and bark extracts, has a slightly bitter taste.

However, to some, this “slight” bitter taste is overwhelming. Unique with a bold after-taste is the best way to describe this classic drink.

These days, some manufacturers add licorice or some other form of sweeter ingredients to reduce this distinct bitter taste.

Root beer tends to be packed with sweeter and lighter flavorings that appeal to the wider public. The aftertaste of root beer is much lighter and can sometimes be rather foamy.

However, this can often depend on the ingredients used to make the beverage.

Root beer is generally considered to be the tastier of the two drinks. It often includes a combination of sarsaparilla roots and cinnamon, nutmeg, vanilla, honey, anise, wintergreen, juniper, burdock, and aspartame for a very flavorful taste.

This is why many experts consider root beer to be adulterated sarsaparilla.

To decide which drink is your preferred choice is down to your personal taste. If you like a bitter flavor, then pour yourself a glass of sarsaparilla.

IF not, the sweeter taste of root beer may be the better option for you.

If you like a bit bitter flavor, you should pick out a glass of sarsaparilla. Otherwise, sweet root beer is the beverage for you.

One more thing! With sarsaparilla, you will get a non-alcoholic, healthy drink, while you can choose among a few sweet beer options. Whatever your decision is, cheers!