A good chicken broth is used in so many homes for a variety of dishes. All you need to make chicken broth is a chicken simmered in water with some added onions, carrots, celery, and onions.

You may have used it so much recently that you don’t have any left in the home.

So what options do you have if you can’t run to the store but the recipe is calling for chicken broth?

The list below is the best chicken broth replacement you can use from ingredients around the home if you don’t have your broth on hand. 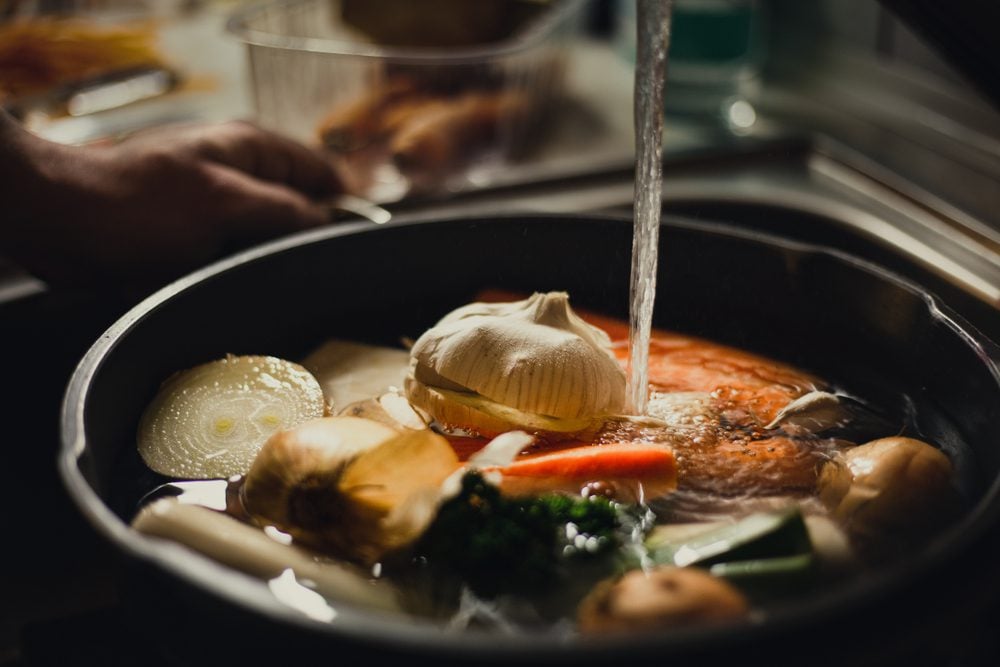 You don’t need to head to the store every time you run out of chicken broth. There are actually some pretty delicious substitutes that you probably already have lying around the kitchen.

Any of the options below will keep your meal tasting just as good as if you added real chicken broth. 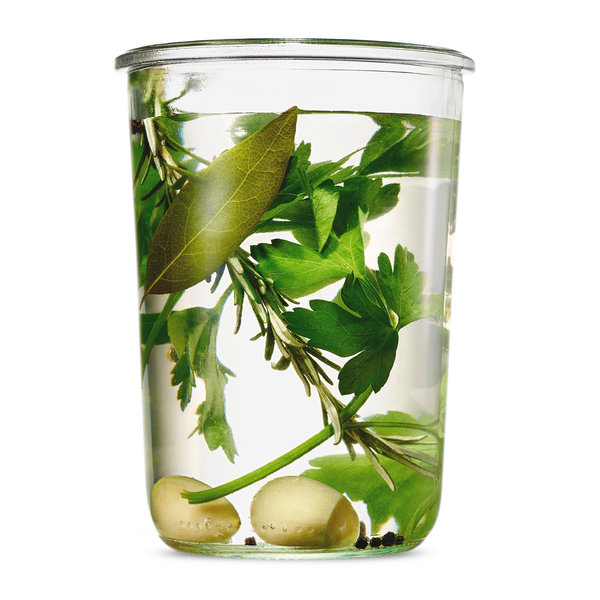 You can use regular water or water with butter for your chicken broth substitute, but you can also use water mixed with herbs.

Just throw in some of your more flavorful herbs like tarragon, thyme, basil, or oregano and let it simmer in the water releasing all its flavors.

Dried herbs are always more concentrated and more flavor-packed, so if you are using fresh herbs you’ll need to add in at least three times as much. 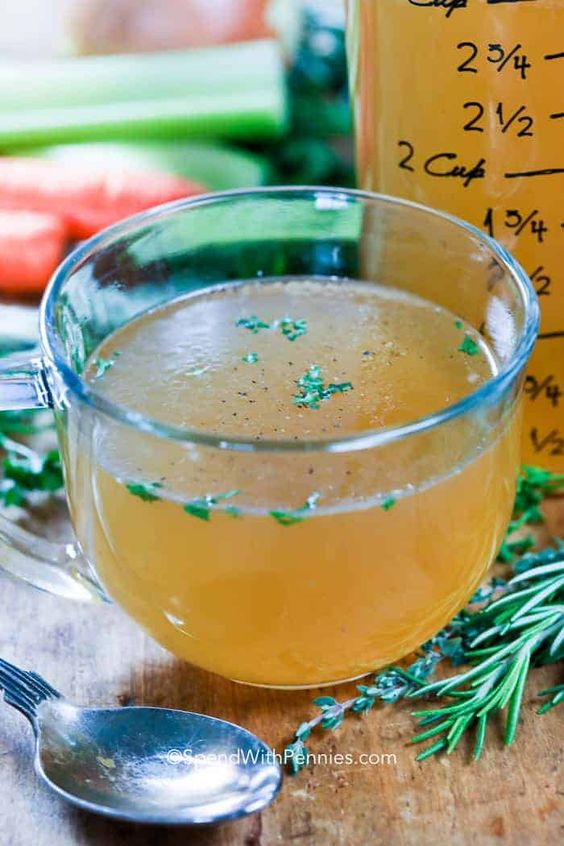 It’s hard to tell the difference between chicken stock and chicken broth but you can use either without sacrificing any flavor.

The difference is that chicken broth ends up coming out with a slightly thicker consistency and won’t be as runny at the end of your meal compared to stock.

You can use the exact same amount of stock as you would broth in your recipe. You don’t have to account for a difference in measurements. 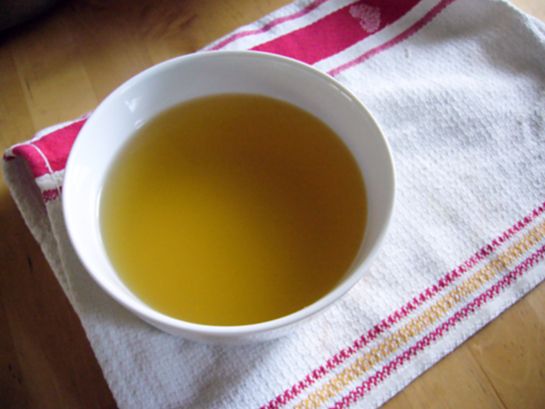 Looking for a real flavorful substitute that will add a little umami to your meal?

Dashi is a lesser-known Asian ingredient that comes in dry or liquid forms.

It has a smell and taste that will remind you of seafood, but it can be used in a ton of dishes where you need a big flavor kick but you’re not sure what to add.

Just don’t use too much, because you can ruin a dish with this overpowering flavor.

Mix it with a bit of water and add a little at a time until it tastes just the way you like it. 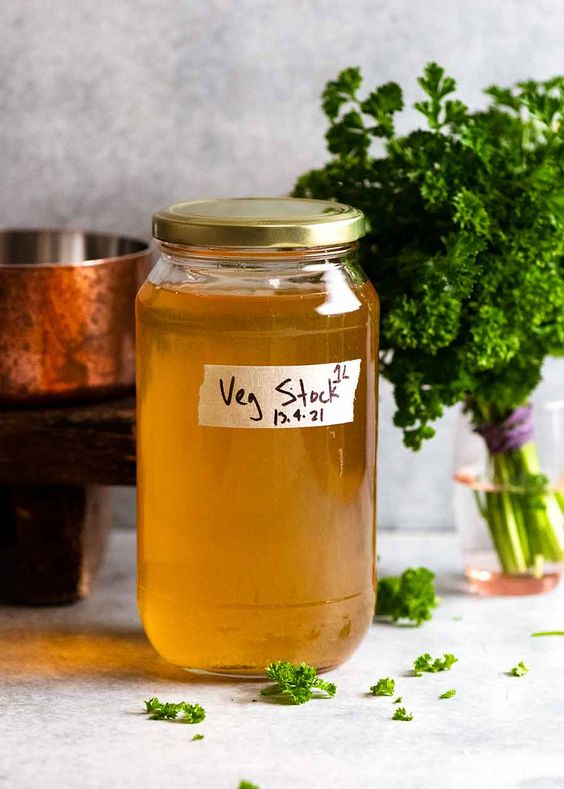 Vegetable stocks are usually lower in sodium content than most chicken stocks, so if you are looking to cut down on salt, this is the way to go. You can’t make a vegetable broth since a broth implies there are bones in the ingredients.

The veggies used provide necessary enzymes, minerals, and vitamins too, so the resulting soup or sauce will be richer in vitamins and minerals.

Vegetable stock is vegan-friendly as well since it doesn’t contain any animal products such as meat or dairy products. Whenever you’re making a dish for guests and you’re not sure of their preferences, vegetable stock is a better alternative than chicken flavor.

Plus, it might taste better to people with food sensitivities because this type of stock is often boiled for a shorter time than many chicken stocks.

You might not have even heard of aquafaba and that’s fair, not many people have. Even fewer have used it for cooking.

But if you don’t have any chicken stock around, you can still get a flavorful meal by taking the liquid from your can of beans or chickpeas and adding it to your dish.

The starchy liquid is a bit stronger than chicken stock so you’ll want to dilute it with equal parts water before throwing it into your pot.

Not only does aquafaba go well as a chicken broth sub, but you can also use it in place of eggs when baking. 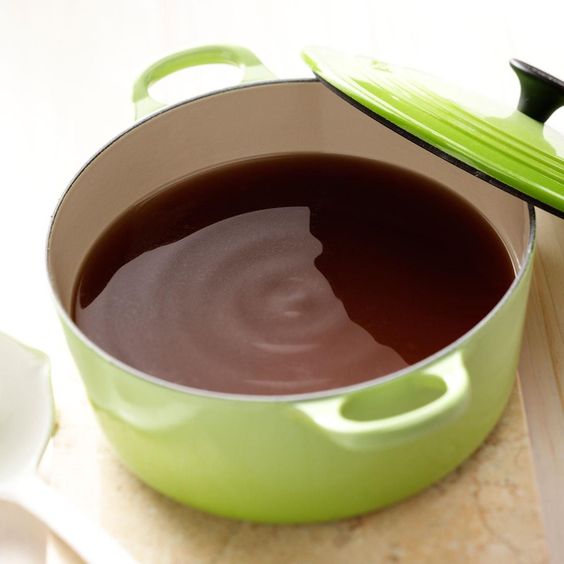 Beef broth is a great substitute for chicken because it has deeper and complex flavors.

The natural beefy flavors and umami that come from bone broth deeply enhance the flavor of your dish. You’ll find a lot of cultures use beef broth instead of chicken for this reason, like Vietnamese food.

If you’re not really looking to enhance the flavor profile of your meal, you can dilute your beef broth down with extra water. You could also sub in beef stock over beef broth which would be slightly less potent.

It should be used as a 1 to 1 substitute so you’ll have to taste the broth to make sure it won’t overpower your dish. 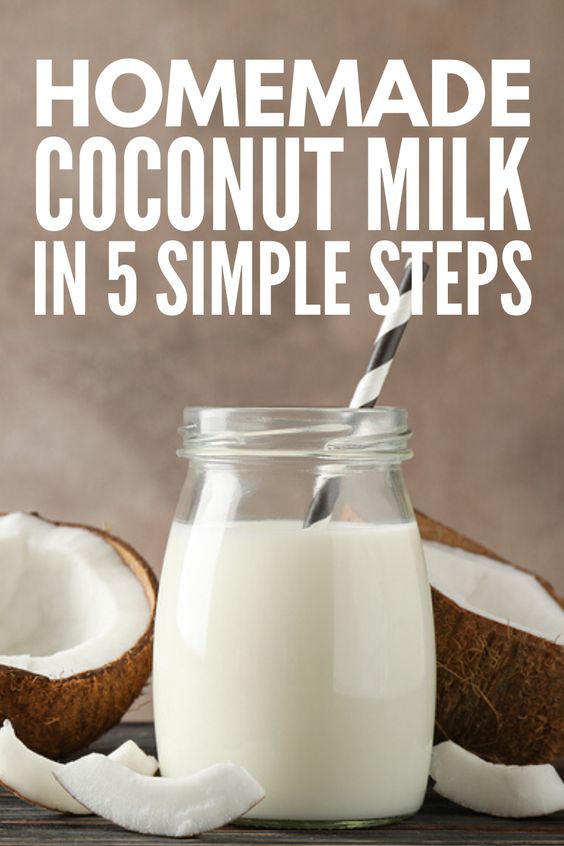 This isn’t always going to be your go-to substitute when you don’t have some chicken stock, but if you really need it, coconut milk can work.

It’s going to go a lot better in Indian food or African dishes because the rich coconut flavor goes well with the rich foods served in these cultures.

Because coconut milk is going to be sweeter, you’ll need to be careful with how much you add to your dish. It’s easy to end up having a coconut milk-flavored meal if you add a ton.

You should only consider this substitute if you have a dish that will go well with the flavor, otherwise, it might be better to just use water. 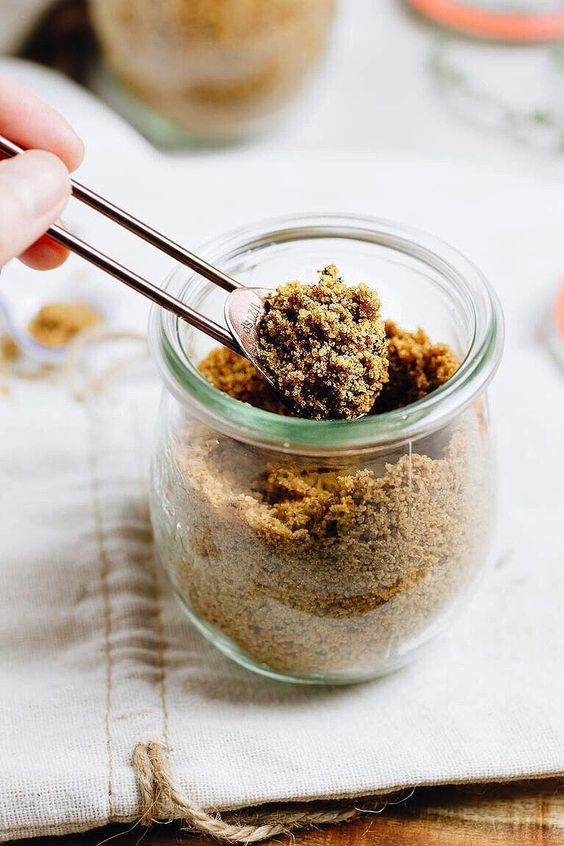 Chicken bouillon granules can serve as a nice substitute for chicken broth.

In fact, even people who do enjoy chicken broth often choose to use it instead. For one thing, not everyone has time to go through the process of making it from scratch–buying granules is a quick way to get the same great flavor at a fraction of the time!

Making things convenient doesn’t just save you time; it means you end up with less waste too because homemade chicken broth won’t last very long after it’s made.

Granules also come in small packets that are barely noticeable when mixed into your food. They will have the same great flavor because it is essentially dried up chicken broth anyway.

You’ll also like how little storage space it takes up in your pantry, especially with how much flavor it brings. 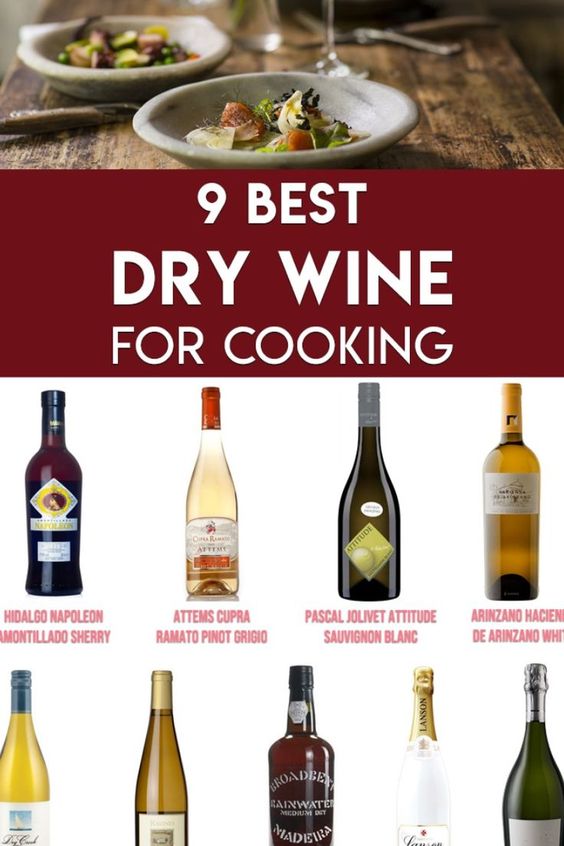 Wine doesn’t taste anything like chicken broth, but if you’re really in a jam you can still use it as a substitute.

Dry wine works much better for cooking than other types and it can even deglaze the cooking pan you’re using.

Just don’t add a ton of wine to your dish. The powerful flavor can overwhelm your dish and throw off the flavor altogether.

If your recipe calls for less than half a cup, then you are safe to use some dry wine. 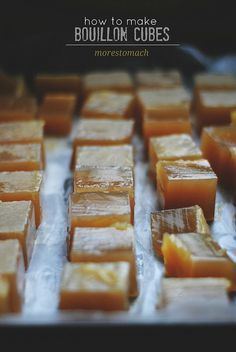 Bouillon cubes are dehydrated chicken stock that has been compressed into a small cube.

Bouillon cubes can be added to any dish for a quick, simple boost of flavor!

Instead of dealing with liquid and potentially making a huge mess, all you need to do is add a few cubes to your dish.

Always add bouillon cubes towards the end so they completely dissolve in the cooking liquid before letting it simmer.

All you need is one cube in one cup of water and it will be the same amount as one cup of chicken broth. 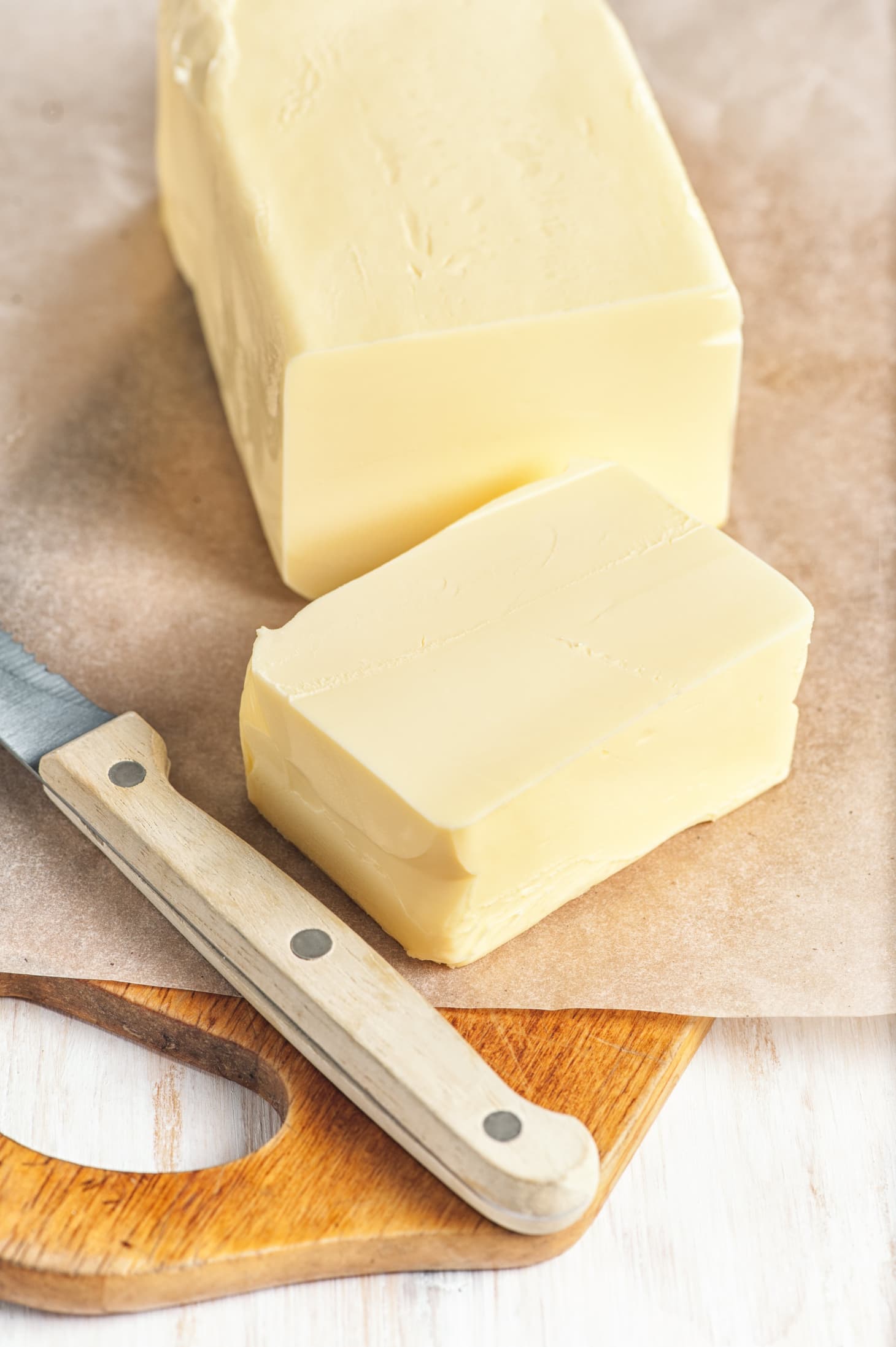 Instead of using plain old water as your homemade broth, you can add a little butter to the mix to create a more flavorful alternative.

As long as you stick with a tablespoon of butter for every cup of water, you can substitute this mixture for the exact amount in your recipe.

You might run into some problems with the taste if the chicken broth is one of the main ingredients, like a soup.

Taste your dish before serving to make sure you don’t need to add some extra flavor before giving it out to your guests. 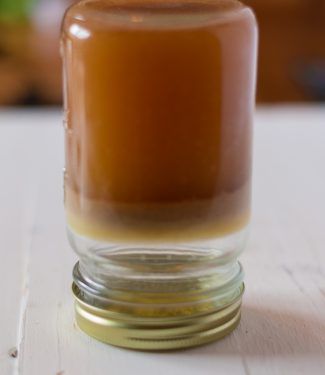 All you need to do is add them to some hot water in the same way you would use chicken bouillon granules. They taste just like regular chicken broth too.

You’ll still get the same great flavors so you don’t have to change your recipe. You’ll be able to use this concentrate as a 1 to 1 substitute. 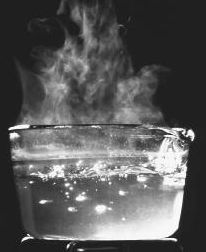 If the kitchen is pretty bare you still don’t have to worry about anything because you can get a good broth going by boiling water straight from your tap.

More than likely, your recipe will call for aromatics like onions or garlic that will help release a lot of flavors into the liquid.

Add in some extra herbs and aromatics if you’re using water as a base because it might take a bit more ingredients to get the same great flavor as a chicken base.

The good news is that you are in full control of your dish when using water. You don’t have to worry about an alternative broth changing your dish.

What you taste is what you’re going to get.