Is there anything better than a pile of food covered in delicious, crispy, golden breadcrumbs? I’m really not so sure there is.

From deep-fried brie to breaded chicken nuggets to panko-coated aubergine in a katsu sauce, breadcrumbs bring our foodie dreams to life!

But what happens when you can’t eat breadcrumbs or don’t have any? It’s a common occurrence.

You’ve prepared everything else, started cooking even, your taste buds are tingling with anticipation, but then it hits you...no breadcrumbs.

It’s too late to switch things up now, and it would be a shame to waste all those ingredients. The only way to salvage things is to find a substitute, but what?

Grab a baseball bat, a rolling pin, that tin of hamburgers you bought a year ago because you were curious...any blunt weapon of your choice. Things are about to get messy. 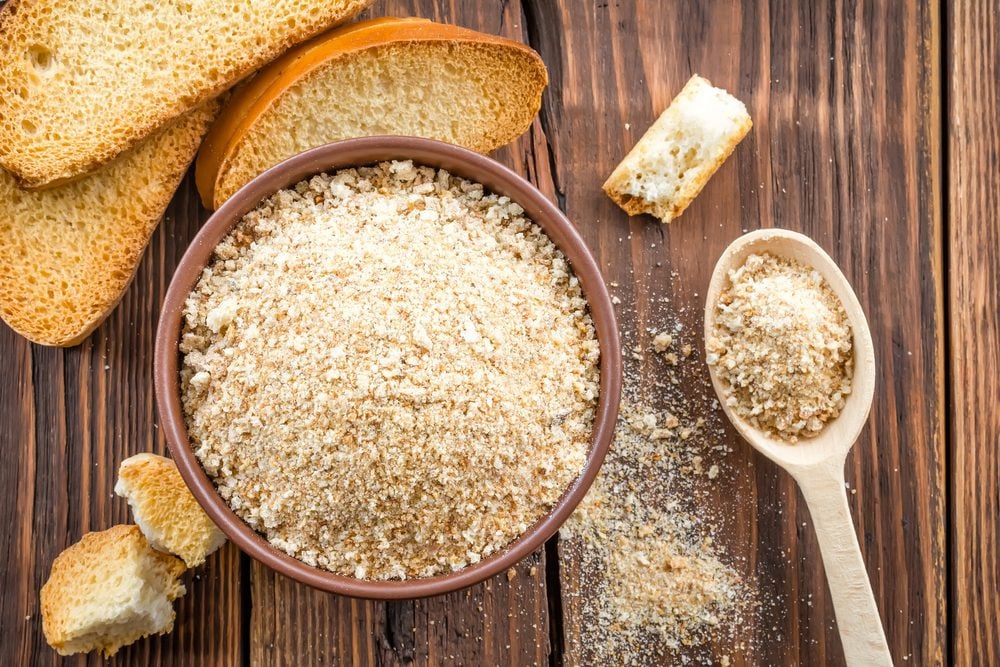 You’ve probably already thought of it, but if you’ve got any form of bread, you can just rough it up a bit and watch all that crumbed gold rain down ready to give your food a delectable armor of carbs.

You can lightly toast your bread to make crumbling it easier, but be aware that it will burn faster when you set your food to cook.

If you have a food processor, a medium-high setting should make short work of a few slices of bread.

I’ll let you on in a little secret...most crackers are essentially bread. You may not believe me, but they’re a baked wheat product with plenty of flour that commonly even includes yeast.

Those are all the raw materials you need to make bread. Saltines are a great binder, or something like Ritz crackers will go great with an egg wash for coating.

Not only are crackers a great substitute for bread, but they’re also insanely fun to smash. Keep them in their box or packet, wrap them in paper towels, then a dishcloth, and give ’em hell!

Everyone has at least one bag of potato chips in the back of their cupboard.

You could even use this as an opportunity to use up any half-eaten, half-stale packs that were only going to end up in the trash anyway. Once they're cooked, it won’t make a difference.

One of their many benefits is that they’re already seasoned, ready to wrap your food of choice in a thick salty winter coat.

I’d recommend using plain chips so they don’t mess with the flavors of your meal, but if you have an adventurous soul, why not get weird with some salt and vinegar, honey barbecue, or jalapeno if you’ve got it.

If you’re deep-frying, make sure you don’t submerge for too long as chips are already deep fried and may start to burn.

You should absolutely try coating your favorite foods in nuts even if you have bread crumbs coming out the wazoo.

Seriously, just pick your number one nut, vent some rage on a pack of them with your blunt object or food processor, and you’re set! It may even be a good idea to use mixed nuts to give your meal a bit of variety.

If they’re unsalted nuts, we recommend adding a little bit of seasoning, but nothing too extensive...a couple of pinches of salt and a pinch of pepper will be just fine.

While almonds are technically a nut, they’re one of the only ones that come pre-ground into granular matter, so you may have the odd pack hiding behind your bags of sugar or flour.

Here’s the thing; almonds are delicious. Do you like Indian food? Guess what’s probably in most of your favorite curries...you’ve guessed it, almonds.

They’ll work as a binding agent or make a fantastic coat, or if you really want to kick things up a notch, use the ground almonds instead of flour, then add your egg wash, then do a final coat in another delicious breadcrumb substitute.

If they’re small enough, say, like chia or sesame seeds, just straight-up roll your food up in a pile of them and get your cook on, but if you’re working with larger materials like sunflower seeds, you’re gonna need to unleash the beast and crush them down to size.

You may also have milled seed hidden away in the back of a cupboard somewhere. Milled essentially means pulverized.

It should have a similar texture to ground almonds and can be used for binding or coating. Seeds are full of flavor, but give them a little seasoning to really make your meal pop. 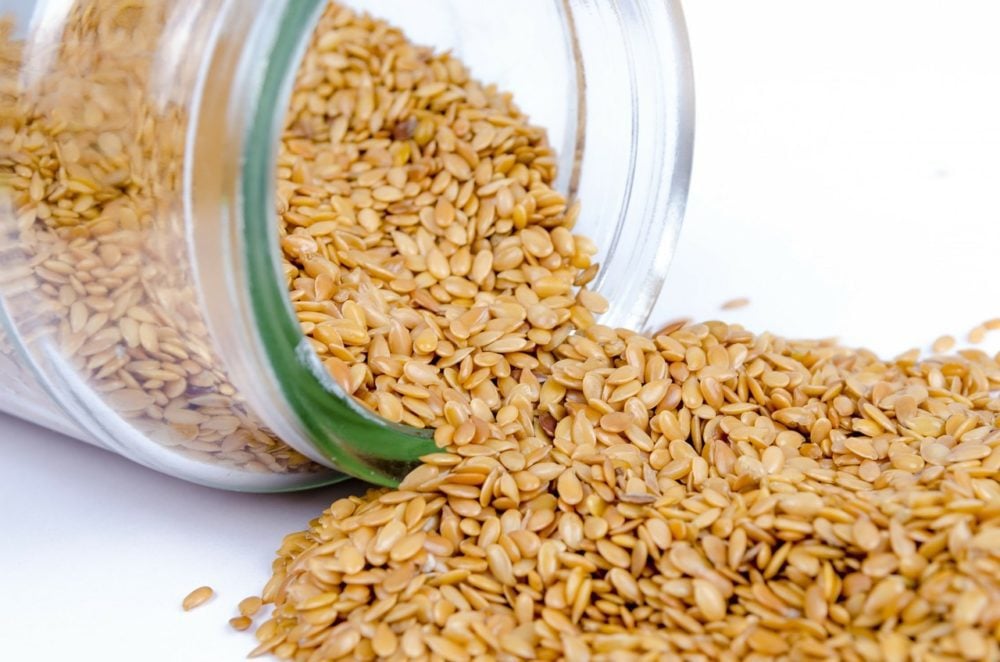 Oats are great for you, so if you’re on a health kick or just generally enjoy looking after yourself, you might want to consider these as a permanent replacement for the delicious edible sand otherwise known as breadcrumbs.

Rolled oats can be a little bland, though, so feel free to get experimental with your seasoning. Some dried herbs, garlic powders, peppers, and spices will go a long way in zhuzing things up a little.

This is one of those options that you’ll kick yourself for not thinking of, or that you did think of, but decided it was venturing too far beyond the realms of sanity.

I’m here to tell you that there’s a fine line between madness and genius and that line is actually made of crushed cornflakes. Give it a try, you won’t regret it.

Okay, this one’s special, but it’s a once every now and again treat if you value your health.

We’ve all thought about putting creamy, gooey, cheese into the middle of our food, but it's rare that we have the courage to cover the outside of our food in cheese too.

If you’re looking to use cheese as a binder, you have my respect, but you can use pretty much any meltable cheese.

Parmesan is a very hard cheese that can essentially be grated or roll-chopped into a fine powder perfect for giving all your favorite foods a good dusting.

Desiccated coconut is one of the best substitutes for breadcrumbs in terms of texture, and it’s so lightweight it will adhere beautifully to an egg-washed surface.

It has its own sweetness which is nice too. It may not suit mild-flavored meats such as chicken too well, but for rich and salty things like pork, it should be a real treat.

Rice won’t stick well enough to work as a coating, especially if you’re deep-frying, but what it can do is bind exceedingly well. Think about arancini. It’s just a sticky ball of rice sometimes surrounding a cheese core.

Now you can use those starchy superpowers to bind whatever you like, and the best part is, it can be used raw and cook with your food, or it can be used as an instant glue, pre-cooked. 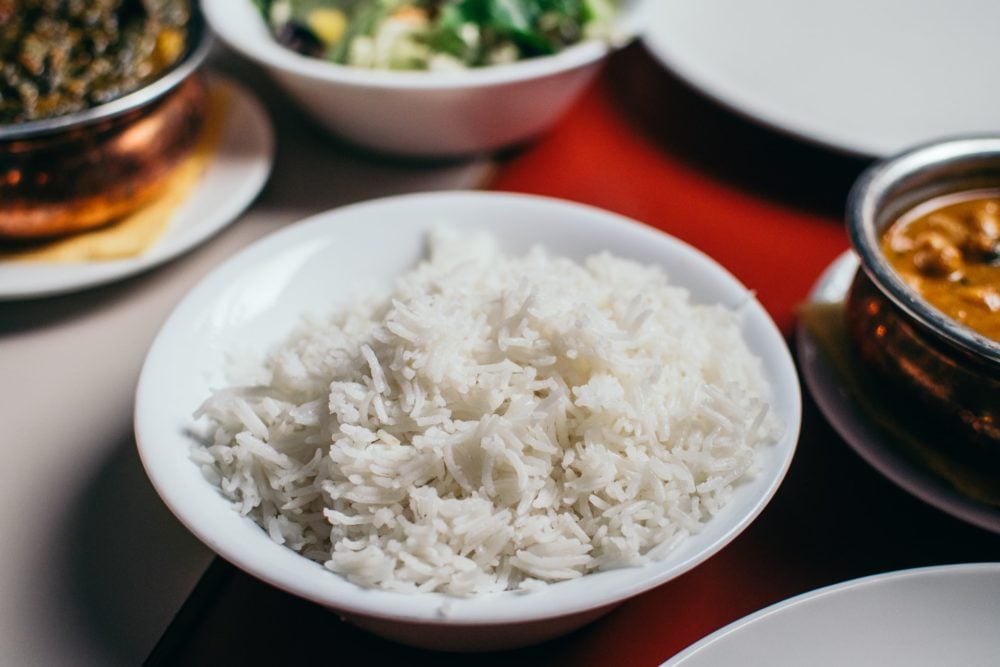 As long as you can handle the insane salt levels pretzels bring to the table, they’re as good a substitute for breadcrumbs as you’ll find.

Crush until they’re the right consistency and sprinkle them generously on any food that cries out for a crumb coating.

If you manage to grind them down really fine, you could even use them as a binding agent, but it’s a good idea to reduce salt content elsewhere in the recipe.

If you’re an omnivore, you probably have no idea what nutritional yeast is. If, on the other hand, you’re a vegan, you’re probably well acquainted with this miracle stuff.

Basically, it’s deactivated yeast that normally comes in the form of powdery yellow flakes. Vegans use it in all kinds of meals due to its nutty and slightly cheesy flavor.

It’s delicious, works well as a binding agent, and sticks wonderfully to an egg wash.

Quinoa is a fantastic choice if you’re looking to replace breadcrumbs for dietary reasons rather than simply not having any. It’s nutritious, full of protein and fiber, and it’s completely gluten-free.

Before you slather your food in quinoa, it might be worth cooking it up first. For the best results, don’t just boil it up and drain it.

Do all that, then spread it evenly on a baking tray with some baking parchment on, and toast it either under a grill or in the oven. This gives it a delicious crispy mouthfeel and makes it a dead ringer for breadcrumbs.

Feel free to put your own spin on it with your favorite herbs and spices. Quinoa is somewhat of neutral blank canvas.

Corn starch is my go-to for making crispy tofu. It won’t give you a similar result to breadcrumbs, but it is a good substitute as it forms a crisp, sometimes slightly chewy layer around food when fried.

Normally used for thickening soups and sauces, it’s a great gluten-free option for binding things like meatballs or, if you’re vegetarian, perhaps some homemade falafel.

It also mixes fantastically with seasoning, so let your imagination run wild.

This follows the same principles as corn starch. It’s starch extracted from potatoes, and it’s great for binding loose ingredients or coating food in preparation for frying.

Potato flour is famous for its moisture-giving qualities, adding an irresistible density to anything it’s mixed with.

As you’ve seen from this marvelous collection of products, whether you need to avoid breadcrumbs for health reasons, or you simply don’t have any, there’s really no reason to despair.

If you think outside the box, there are countless ways to replicate their crispy goodness and binding ability.