Lasagna wasn’t just one of our family favorites while we were growing up, it was the highlight of our week.

Every Friday night after school and work were finished for another week, we’d all sit around the table and talk while we ate mom’s lasagna, the recipe for which had been handed down to her by her mother, which in turn was given to her by her mother. It was and is a family recipe.

At least that’s what our mom told us, and we’ve never had any reason to believe that it wasn’t as that lasagna still tastes as good today as it did when we used to get together around the dining room table on a Friday night. 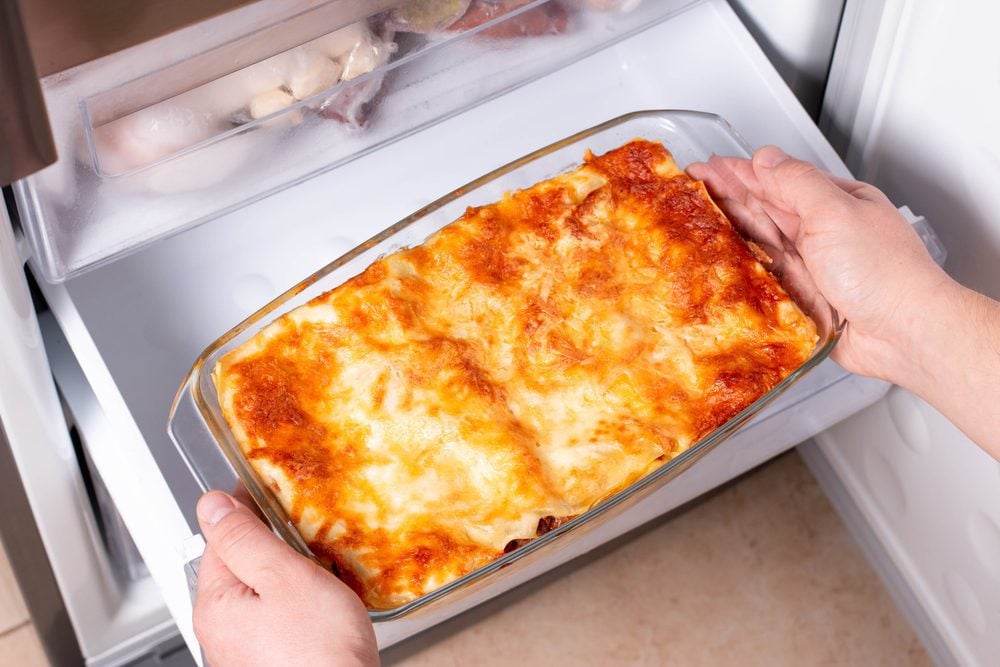 Even though we’ve all moved out, moved away, and started families of our own, our mom still makes lasagna for all of us, and we’ve all started Friday night lasagna traditions with our own families.

The only difference is when mom drops her lasagna off with us, we have to freeze it in order to make sure it’ll last until the following Friday.

But sometimes we’d forget to take the lasagna out of the freezer the night before in order to let it defrost for the Friday family dinner, so we’d have to cook it from frozen. And because of the kind of busy lives that we all lead, that led to us trying to find an efficient and faster way to cook frozen lasagna.

After a few failed attempts that ended in misery and woe, we finally discovered a method that works, regardless of how big your lasagna is.

To spare you the disappointment that ill-prepared frozen lasagna can cause, and lift you out of the doldrums that it can plunge your entire family into, we’re going to guide you through the step-by-step method to successfully cooking frozen lasagna.

In an ideal world, no-one would ever have to cook lasagna from frozen. It would either be served fresh or you’d let it thaw first and then cook it. You’d just throw it in the oven, and then sixty minutes later, it would be ready.

But the world is far from ideal, time is often a commodity that few of us have enough of to bake a fresh lasagna and it’s all too easy when you finally roll in from the office to forget to take the lasagna out of the freezer.

These things happen, and when they do, it’s nice to know that your world isn’t about to end and that you can cook lasagna from frozen.

When it comes to cooking frozen lasagna faster so that you can get it on the table before your family starts glancing at their watches, looking at their phones, and endlessly questioning you about when dinner is going to be ready, you need to place your faith entirely in two important things.

A good convection oven and high temperature, and as long as your kitchen is equipped with the former, the latter won’t be a problem. 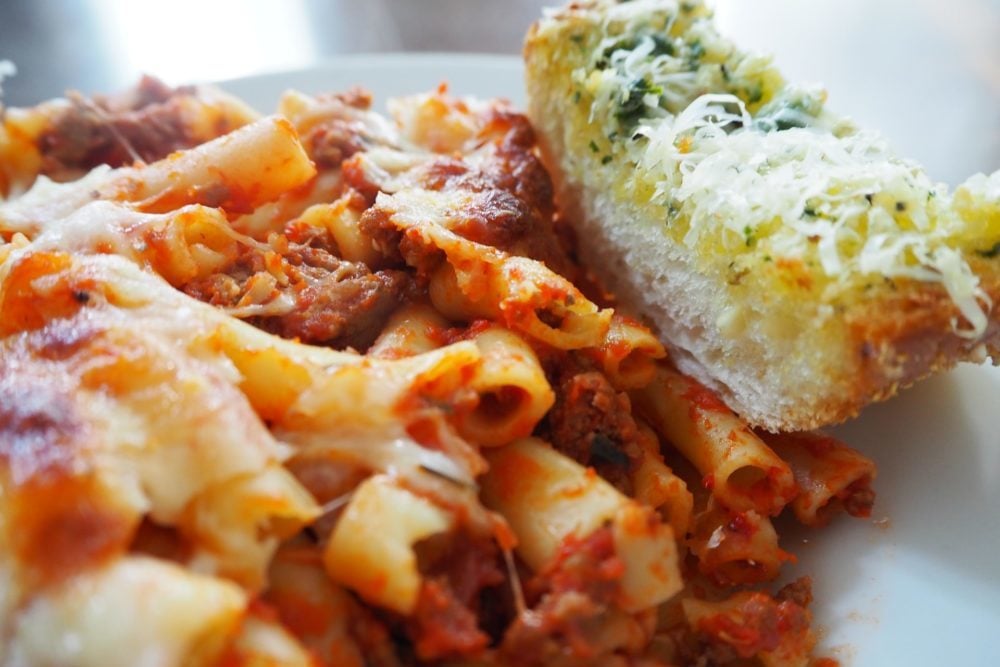 How To Cook Frozen Lasagna Faster

Let’s run through this as easily and quickly as possible because in all likelihood you’ve got a frozen lasagna waiting to go in your oven.

A thawed lasagna will take roughly sixty minutes to cook, so you’re going to have to increase the time that it takes your frozen lasagna to cook. We’ve found that an additional thirty minutes usually does the trick, so the ballpark cooking time that you’re looking at is ninety minutes in the oven in total.

If the lasagna that you’re cooking is slightly larger (which usually means, if she’s made it for you, that your mom wants to be invited to dinner) than normal, increase the time it’s going to take it to cook by about fifteen minutes.

Sixty minutes into the cooking time (seventy-five if mom is coming to dinner), take the lasagna out of the oven, take the foil off the dish, and put it back in the oven for another thirty minutes.

This should be more than enough time for the cheese to melt, the juices from the meat and sauces to soak into each other and the pasta, and for the lasagna to achieve that perfect golden brown finish that makes everyone’s mouth water as soon as they see it.

Just remember to leave it to stand for a couple of minutes before you serve it, and providing that you’ve followed the instructions to the letter, even your mom won’t know that you forgot to defrost the lasagna before you cooked it.

Cooking From Frozen Or Desfrosting FIrst - Which Is Better?

We’re not going to lie, or even attempt to bamboozle you with half-truths, as you know as well as we do that you should always defrost a frozen lasagna before you cook it.

It’ll take less time to cook it (you’ll be able to have it on the table and ready in an hour instead of ninety minutes) and for some reason known only to the culinary gods who created lasagna, it always tastes better when it’s cooked from fresh or when it’s thawed.

So, yes you can cook frozen lasagna faster from frozen, but it’s always better, if you can, to thaw it before you cook it.

The best tip that we can give you about cooking frozen lasagna, is to thaw your lasagna before you cook it.

The night before you’re going to cook it, take it out of the freezer and put it straight into the fridge. Then when you get home from work, it’ll be ready to cook and all will be well.

And the final and most important tip that we’re going to give you about cooking frozen lasagna is, if it’s in a glass dish when you take it out of the freezer, don’t under any circumstances attempt to cook it from frozen.

While we can help you to circumvent the rules of lasagna preparation, we can’t change the laws of physics.