Skip to content
It's totally understandable that any vegan would be nervous about stepping into a restaurant called Dairy Queen. It's probably somewhere you'd usually avoid.

However, we understand that social situations arise where, as a vegan, you may have to visit a Dairy Queen. Be it with colleagues, friends, or family. And you maybe be worried there's nothing there you'll be able to eat…

Well, think again. In 2020 Dairy Queen did a big overhaul of their menu and introduced loads more vegan and allergy-friendly options.

We've put together this article, to show you the 6 best vegan options on the Dairy Queen menu! Warning - you'll be starving by the time you finish reading this.

Let's dive straight into it… 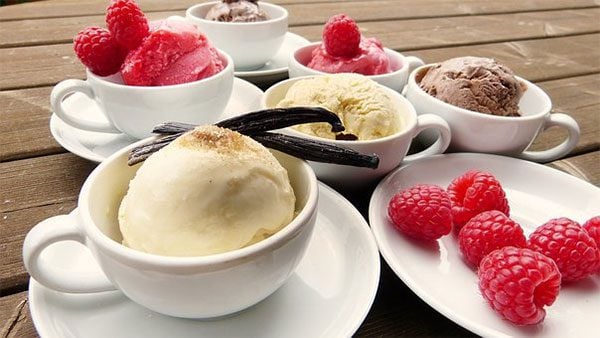 The Dairy Queen drinks menu is a bit of a minefield for vegans. The majority of it contains milk or eggs, however, there are some delicious, vegan options.

Drinks that can be made vegan (but you need to ask): Fruit Smoothies, replace the Yogurt

Drinks you can have:

As you can see the drinks options are quite limited. That being said, you still will get the pick of some of the best drinks on the menu (aka the Misty Slushes).

Looking for a savory, vegan fix? Ask for the Pretzels with no Queso.

This is a really delicious vegan option, however, it placed low on our list for one major reason.

There has been a controversy for years over whether the Dairy Queen Pretzels (and Pretzel stick) are vegan. The company itself claimed they are. However, former employees claimed the pretzels were coated with butter.

To put these rumors to bed, Dairy Queen reformulated their pretzels. They are now definitely vegan. However, as it is a relatively new option, not all the locations carry the vegan mix yet.

So check with your server before purchasing.

If you've been a vegan for a while now you will have learned the hard way that animal products can crop up in all sorts of unexpected places. Sauces can often be the main offenders.

Here is a list of all the vegan salad dressing options available at Dairy Queen:

The sauces/dressings not on this list either have animal products in them, or the recipe has not been confirmed by Dairy Queen. Your local servers will be able to give you more information on individual products.

We'll be pretty brief with this one. Both the fries and the hashbrowns (on Dairy Queens' breakfast menu) are vegan. So are the onion rings.

In the sauces section above we have a list of vegan condiments offered by Dairy Queen.

To order this simply ask for a Cheese Burger Deluxe, without the meat or cheese, instead with two veggie patties.

These come with fries which are also vegan, and we have included a list of vegan condiments above.

The most exciting thing about the 2020 overhaul of the Dairy Queen menu is that they introduced their first dairy-free ice cream option. They are plant-based and gluten-free too.

The first Dilly Bar was served in a Dairy Queen in 1955. In 2020 Dairy Queen released a vegan version of this most iconic dessert. The Dilly Bars are made of coconut cream and are coated with vegan chocolate. The only allergen these bars contain is Soya Lecithin.

These bars are delicious, and a great option for any vegans that are missing ice cream. It's the best vegan ice cream option on the menu. Sorry, no soft serve. The Dairy Queen ice cream menu is quite limited on vegan options.