Skip to content
Fellow vegans. For years we’ve had to put up with our carnist friends dragging us from establishment to establishment full of carcasses, with no vegetarian or vegan offering besides perhaps a small salad - sometimes not even that.

Contents show
Did Subway Listen to Vegans?
What Came Next for Subway’s Vegan Venture?
Have Subway’s Vegan Efforts Plateaued?
Are There Different Vegan Options in Subways Elsewhere in the World?
Final Thoughts
Related Posts:

I expected it from most of the big food chains, but what always really hurt was the fact that Subway - an outlet rife with vegan potential - never cottoned on to the vegan revolution.

Currently the only Subway vegan option is the Veggie Delight sandwich. The vegan sandwich includes as ingredients 9 grain wheat Subway bread, lettuce, cucumbers, tomatoes, cucumbers, red onion, and green peppers. It's the only real option at your neighborhood Subway restaurant. Vegan food shouldn't be this hard to find at a sandwich chain with a plant based menu.

We’d have to endure those savory smells of bread and sweet sauces, our stomachs grumbling like disgruntled old men as we watched our carnivorous acquaintances stuff their gullets. Well, my friend...the times they are a-changin’!

Did Subway Listen to Vegans? 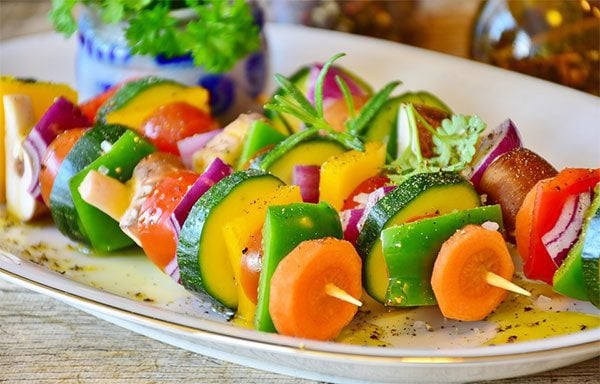 Well...kinda. By irritatingly minute increments, they are welcoming the vegan lifestyle into their establishments. It all started with salad. Maybe I’m just weird (I’m definitely weird), but offering only salad to a vegan seems a little offensive and short-sighted.

It’s playing into a cartoonish stereotype of tin-ribbed rabbit people that only eat leafy greens and desire nothing more. They may as well serve us up a slimy rock to lick á la Lisa Simpson in that Lord of the Flies homage.

Sure, there are many super healthy vegans out there, but the majority of us still want the dirtiest food we can get our hands on from time to time. Still, it was something, and drizzling a generous portion of their tasty sauces sweetened the deal. I was particularly excited about the garlic aioli they released to compliment the salad options.

What Came Next for Subway’s Vegan Venture?

I know research and development is time-consuming, and maybe I get impatient when I’m hungry (I’m always hungry), but I felt we’d waited long enough for an egg and milk-free patty.

By the grace of God, on the 17th of April, 2019, Subway announced they’d cracked it. The vegan patty was born, leading to a tsunami of social media posts by vegans with a unified message that can be sufficiently summarised as, ’About f*****g time’. But that’s not all, my vegan warriors.

Before the first vegan patties had even reached our quivering lips, news that Subway was test driving a collaboration with Beyond Meat flooded the sandwich-themed depths of the internet.

This exciting new sandwich was of course the meatball marinara sub. After a needlessly tentative, hugely successful unveiling in North America only and an excruciating five months wait, Subway added the meatball sub to its core menu across America, Canada, and even the UK, hurray!

While they did seem to put veganism on the back burner for a while after the meatball sub was released, it’s great to know that they’re at it again, experimenting with different ideas to capitalize on the very willing vegan market.

For all those lucky vegans in the UK - Brexit and Boris notwithstanding - Subway has a TLC (Tastes Like Chicken) sub in early development. Over the pond, Subway is testing three subs hot of the press in eight of their DC stores.

What are they, you ask? Malibu Greek, Black Bean, and Sweet Riblet (drools on keyboard). So, for the love of God, all you DC vegans get out there and buy some sandwiches. The world needs you!

Are There Different Vegan Options in Subways Elsewhere in the World?

If you fancy yourself a bit of a globe trotter, you may be in for rather a nice surprise. Having just arrived jetlagged in Prague back in 2018, my partner and I zombie-walked the darkling streets searching for sustenance.

Thankfully for our rumbling tums, we stumbled across a Subway, and lo and behold, a vegan falafel sub!

You know how I know we never crack time travel? Because a future vegan hasn’t traveled back to show us a fully vegan Subway cookie. So, the fight for exquisite snacks isn’t quite over just yet.

What do we want? Delicious soft and gooey vegan cookies! When do we want them? Now!