Olives are truly love ‘em or hate ‘em snacks. But, chances are, if you’re reading this article, you absolutely love them. You will also likely know that there are many different kinds of olives.

Two of the most popular are kalamata olives and black olives. But what’s the difference between these two delicious snacks?  I love a black olive and feta cheese with a little extra virgin olive oil or some Greek olive oil.

When ordering a selection of olives in a restaurant, you can never really be sure what you might get. Kalamata olives and black olives might look pretty similar but they are actually very different.

This is generally because we consider “black olives” to be a specific type of olive. In actuality, black olives are a family of olives. 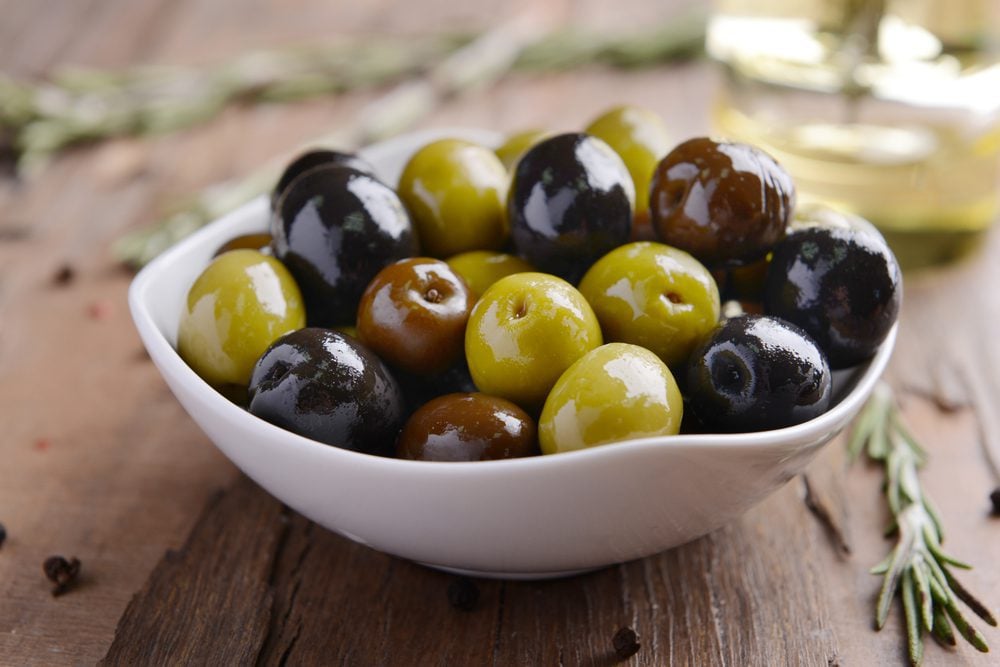 So let’s try to straighten this all out...

You likely associate olives with Greece. Or perhaps the Mediterranean in general. Kalamata olives are grown only in a very specific region. Whereas black olives can be found across the world.

Black olives are grown in many different places. These include, of course, Greece. But they can also be grown in lots of other hot countries and across the Mediterranean.

When you are presented with a bowl of olives at a restaurant, the first thing you will obviously notice is how they look. The most standard olives are medium-sized green olives. But you very often will receive a selection, all of which look surprisingly different.

When you imagine an olive, you will likely see something tough and green. But, of course, there are many other different types of olives. Kalamata olives and black olives look a little similar but are actually very different.

Kalamata olives are larger than black olives. They are usually about twice the size.

They are also differently shaped. Kalamata olives are longer and thinner with a sharper end. They are also a soft purple color.

Black olives are generally smaller than Kalamata olives. They are squatter and more of the traditional olive shape that you would imagine.

Black olives also have a much stronger taste. Their flavor really packs a punch, whereas Kalamata olives are much more subtle.

Although it’s important to be able to tell these olives apart on sight.

The most important aspect is, of course, the taste. Black olives and Kalamata olives have very different flavors.

Kalamata olives have a much milder taste than black olives.

They are almost sweet and fruity. But they do still have the sharpness that you associate with olives in general.

Black olives have a much more intense taste. They aren’t quite as strongly flavored as green olives.

But they are salty and a lot of richness and flavor is packed into those little foods.

The texture of olives in general is quite strange.

So what’s the difference between the texture of Kalamata olives and black olives?

Kalamata olives are very soft in comparison to almost any other type of olive.

Black olives are very different in comparison. In terms of texture, black olives are more similar to standard green olives than Kalamata olives. They have a tough and chewy flesh. It is hard and almost rubbery.

The exterior is smoother and takes a little more effort to eat. But this is negligible and they are no more difficult than standard olives.

Now you know all of the main differences between Kalamata olives and black olives. So what else do you need to know about olives? Here are a few interesting facts to boost your olive knowledge just a little bit more.

Organic Kalamata olives make a zesty tapenade with a little lemon juice. They're great in a Greek salad or any recipe that calls for pitted olives. I love pitted Kalamata olives mixed with some red wine vinegar, salt, garlic, and a little red onion.  I love black olives on pizza or in pasta with crusty bread and garlic.  Canned black olives are good for baking but I prefer sliced black olives right off the table.