Tarragon can go great with any kind of dish, from rabbit and chicken to stew and soups. It has a pungent, licorice like taste that can turn off many people. No worries, we have you covered with the best tarragon substitutes available.

Below you’ll find great substitutes for your meals that require fresh or dried tarragon.

If tarragon isn’t your favorite because of the slight hint of licorice, there are plenty of options on this list you’ll love. 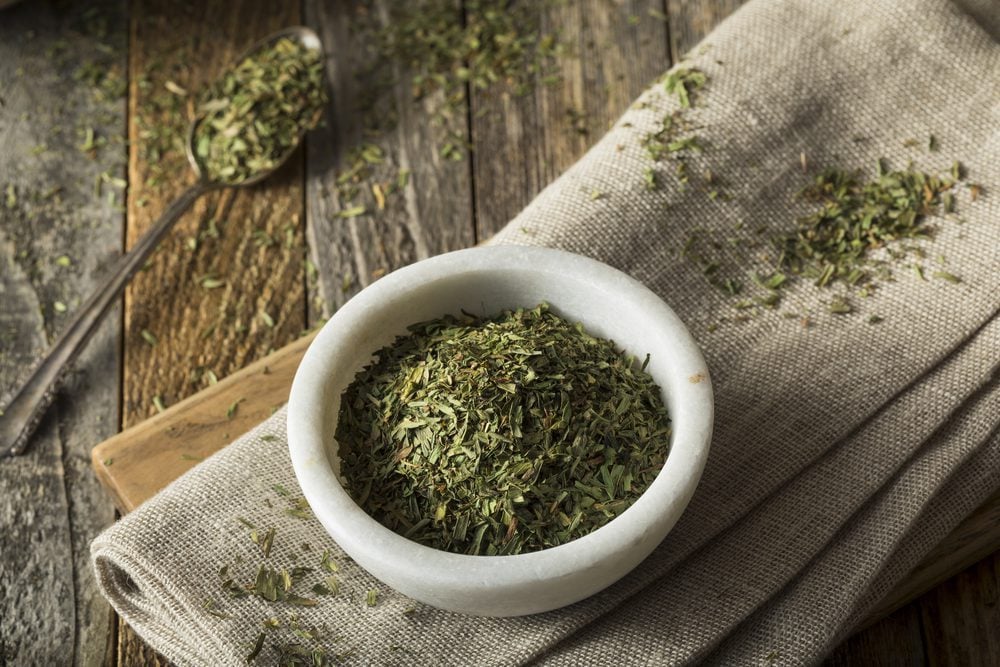 Tarragon grows in the wild in a lot of different states within the U.S. and you’ll also find it all throughout Europe and Asia.

Even though tarragon is related to the sunflower, it doesn’t really look anything like it in the wild. Instead of long stalks, it looks more like grass with flat, small leaves.

Tarragon is used a lot more prominently in European dishes, especially in places like France where they nicknamed it the King of Herbs.

Because of its unique flavor, you can use tarragon with a ton of different dishes. The licorice profile pairs perfectly with anise, chervil, or fennel. 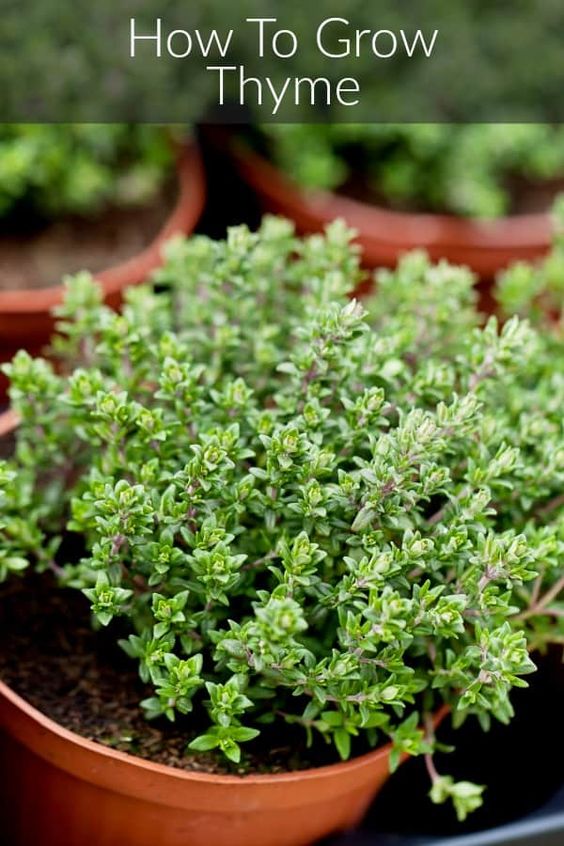 Thyme is an herb in the mint family. Most often, it’s used with other herbs in dishes like soups and vegetables or combined with lemon juice, olive oil, or butter to make sauces.

The leaves of the thyme plant are most commonly used in cooking either fresh or dried.

The flavor is considered to be pungent, earthy, sweet, and very aromatic. It’s typically categorized as a spice rather than a herb because it can be ground into powder form for seasoning purposes.

Thyme also retains its flavor when cooked at high temperatures, just like many spices that are derived from seeds- cumin seed, coriander seed, etc. Apart from being added for flavoring purposes to the dish. 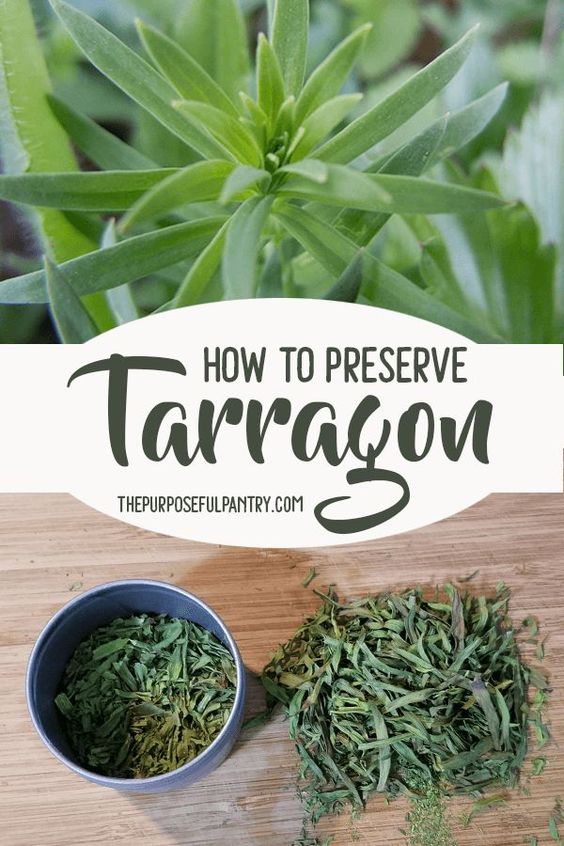 Fresh tarragon isn’t always easy to come by and it isn’t planted in a lot of home gardens. When you don’t have any fresh tarragon on hand, get a similar flavor with a dried tarragon substitute.

You can usually find some dried tarragon in your local grocery store with the other dried herbs.

Even though it’s the same ingredients, the drying process actually alters the tarragon flavor slightly. The taste might be a bit more bitter than if you used fresh tarragon.

All dried herbs are more flavor packed than their fresh counterparts, so you don’t need to add as much dried tarragon as you would with fresh tarragon.

Just take a half teaspoon of dry tarragon for every 1 tablespoon of fresh tarragon your recipe asks for. You can always add a little more, but you can never take it out. 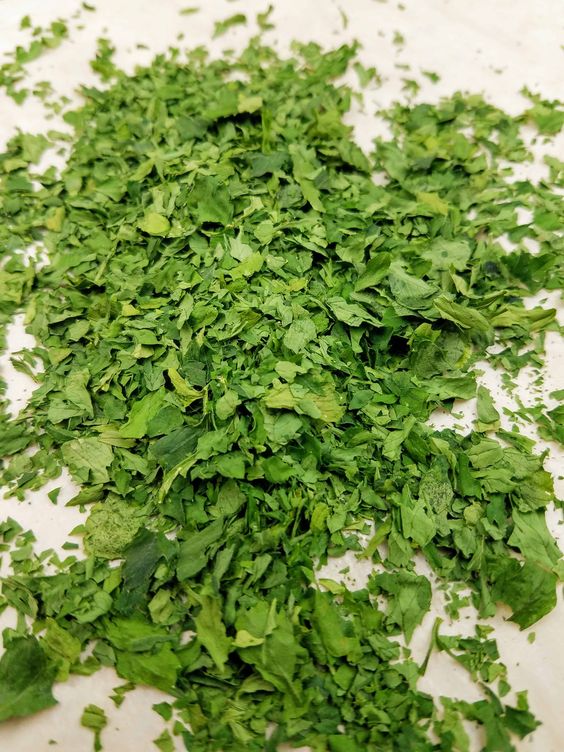 If you haven’t, you’re not alone. This combination isn’t very common in cooking but when you’re looking for a tarragon replacement and you need to use what you have at home, this can be a remarkably close replacement.

Instead of just adding the ingredients directly into your dish, you can actually soak them in some warm water ahead of time. Then, you can use this liquid to add to your dish and still get the same great flavor.

The best dish to use this method in is a béarnaise sauce. The flavors tend to match really well with the rest of the ingredients.

Otherwise, you’ll probably have a little trouble getting this combo to have the same taste as tarragon in other dishes.

You could just stick with parsley and add that as a substitute for your dish, but the flavor profile will certainly change. 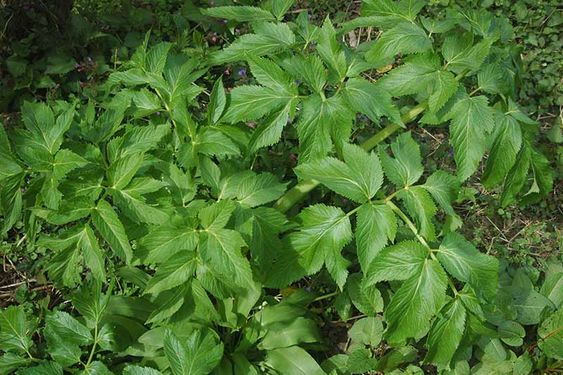 You’ll find that Angelica tastes pretty similar to fennel and dill, but it isn’t used nearly as much because it’s harder to find in most grocery stores.

What separates this herb is its earth and sweet taste. A lot of people get confused when buying angelica and end up with the root which is used more as a spice.

You need to make sure you buy the leaf and stalk or the stem because these will work more as an herb.

Angelica is also known as wild celery or garden celery because it has a similar taste but it also has a hint of licorice.

Whatever amount of tarragon your recipe asks for, you can substitute your angelica for the same amount.

Since the flavors are pretty similar, you can use angelica in soups, seafood, stews, or salads and it will taste just as good. 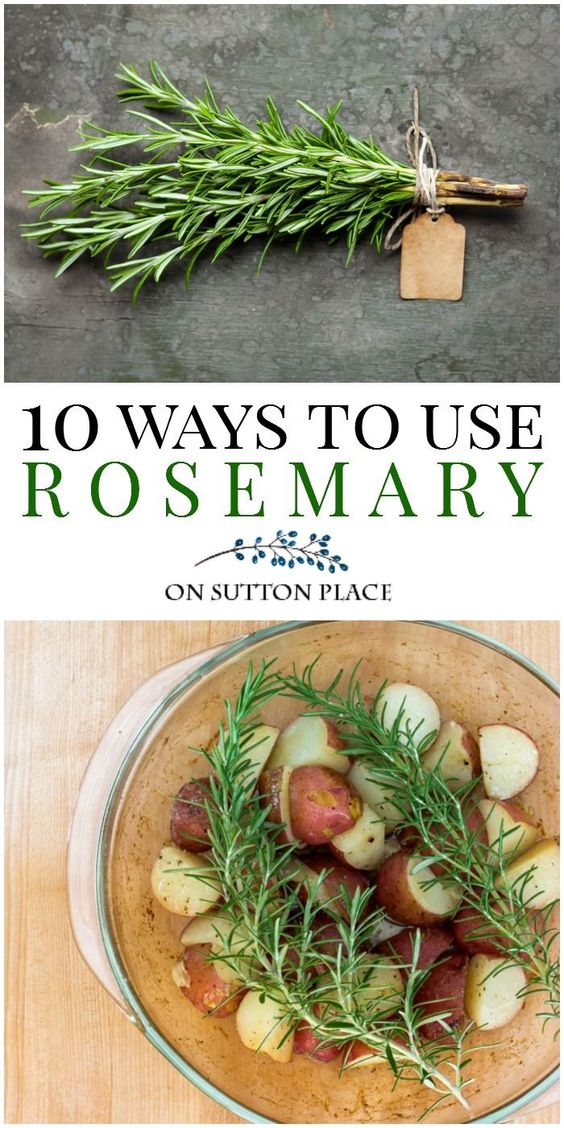 Rosemary can grow up to two feet tall, making it a perfect herb for cooking because the leaves keep their flavor longer than many other less hearty herbs from season to season, including basil, thyme, oregano, chives, and dill.

Dried or fresh Rosemary provides one of the most intense flavors among culinary herbs as well as offering its own variety of nutrients that may increase iron absorption, promote brain activity for those with memory loss or depression, as well as prevent cancer.

If your dish calls for dried tarragon, dried rosemary is a great substitution option.

You’ve probably used dried or fresh basil in a ton of different dishes and one of the reasons is because it’s so widely available.

If you are having trouble getting your hands on some tarragon you shouldn’t have any issues finding some basil leaves at the store.

Basil is honestly one of the better substitutes because it tastes almost the exact same as your tarragon, minus the licorice flavor.

You can use both dried and fresh basic for your dish and it will work similarly, just remember to use a little more fresh than dried because of the potency.

It really doesn’t matter which dish you’re making, basil will stand out without overpowering your meal.

Add twice as much basil as tarragon to your recipe and you should come out with a very similar flavor profile. 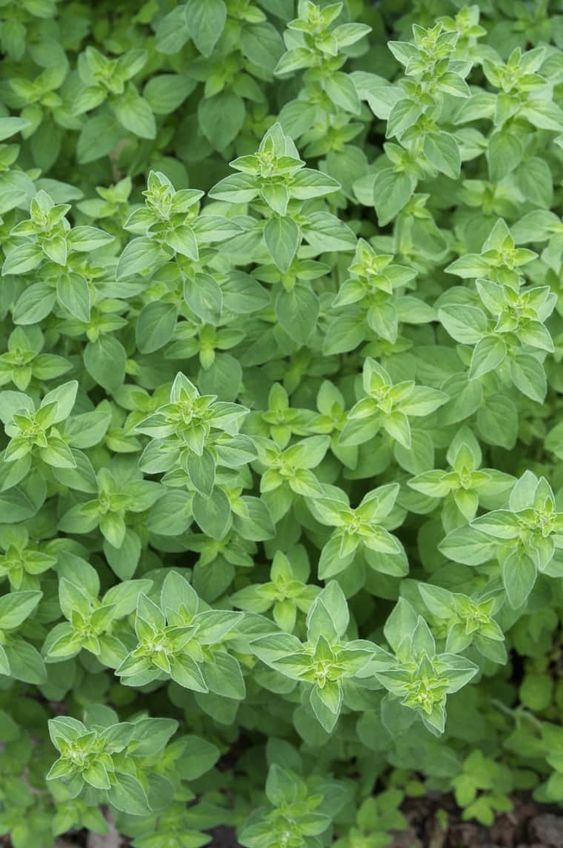 Oregano, often called wild marjoram, is a member of the Lamiaceae family native to the Mediterranean region.

Its flowering tops are collected just before blooming when they’re emitting an aromatic oil. It’s this essential oil that lends oregano its taste and makes it so good for cooking.

Oregano is another herb that won’t have the same licorice flavors as tarragon. Instead, it will have a slightly more bitter taste that is a bit much if eaten dry.

The better option to relieve some of the bitterness is to try using fresh oregano. It will also give off a little bit of a spicy pepper kick that you won’t find with tarragon.

You can use the same amount of oregano that you were planning on using with tarragon in your dish, regardless of dried or fresh. 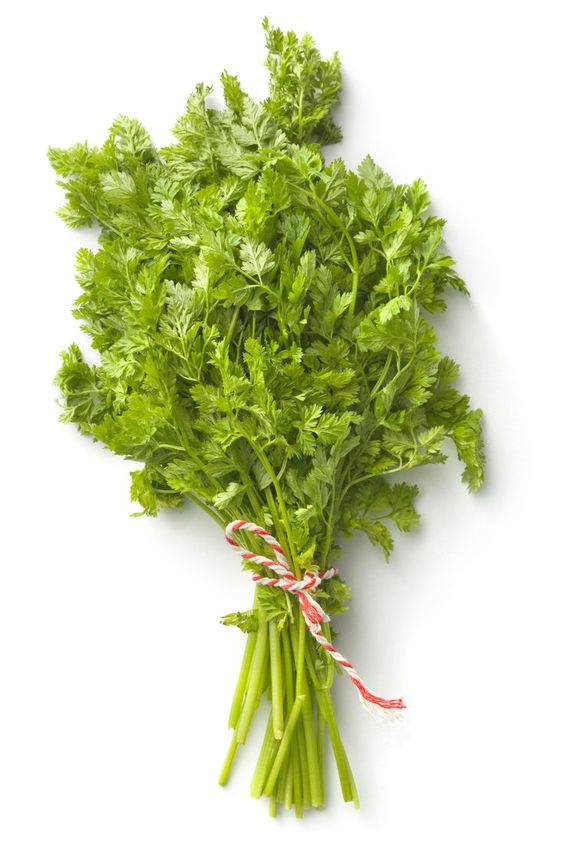 Chervil is the adaptable ingredient you’ve been looking for that can replace several other herbs and still taste the same.

It’s perfect for a tarragon substitute because the flavor profiles are almost identical. In fact, you’ll find chervil’s flavor even more pronounced than tarragon.

Talk to any cooking professional and they’ll tell you chervil is a cross between parsley, tarragon, and chives and you can pretty much switch it out without sacrificing flavor.

Replace your tarragon with the exact same amount of chervil that your recipe calls for and you will be fine. You can even use dried chervil and it will taste just as good.

Just remember to taste your dish while adding a substitute because you don’t want to overpower your dish with a new ingredient you aren’t familiar with. 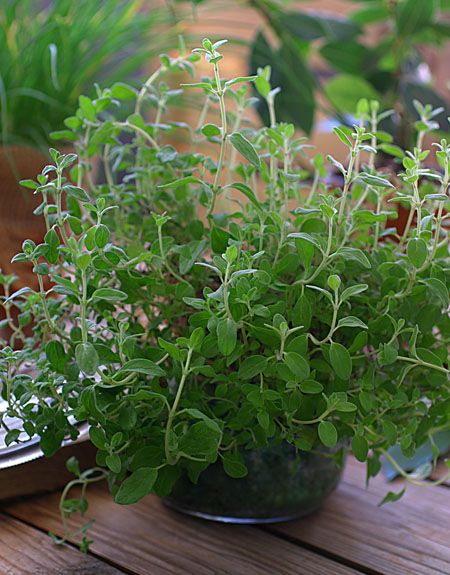 Marjoram is a sweet and spicy herb used extensively in cooking. Marjoram is a Mediterranean herb with a flavor that closely resembles oregano.

It has an amazingly complex aroma with spicy notes of citronella, ginger, cardamom, peppermint tea, and lavender.

Unlike oregano, it has hints of sweetness like nutmeg or cinnamon-like the filling of a pumpkin pie!

It tastes good on any dish containing beef, sausage, or chicken. It also pairs well with curry dishes at times.

Italian dishes such as sauces for pasta may need to be savory and contain more garlic than marjoram, so keep this in mind.

Marjoram may not have the licorice flavor or smell that tarragon has, but it can still make up for it in flavor with its earthy taste.

Keep marjoram at a 1 to 1 ratio when substituting it for your tarragon. 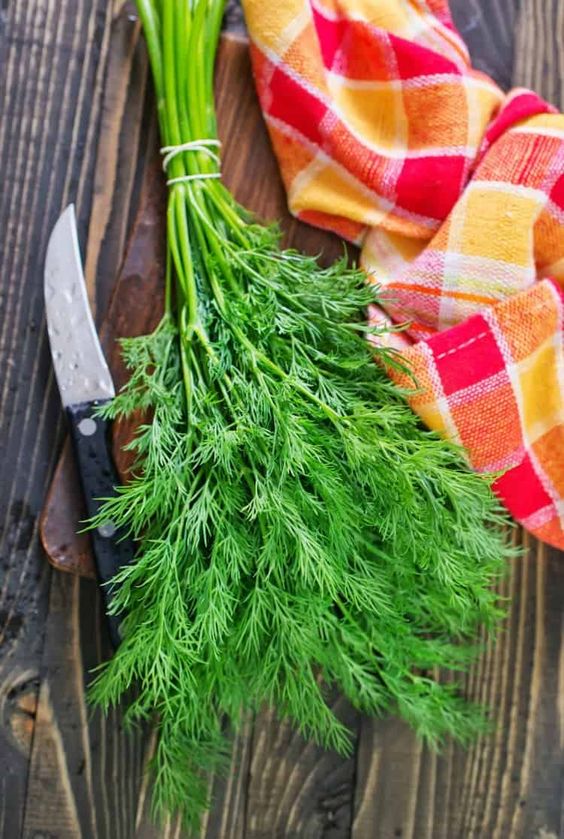 If you don’t appreciate that slight licorice taste tarragon gives off, you should consider putting dill in its place.

Dill doesn’t have the licorice and anise flavor or smell, but it still tastes similar to tarragon. So using it in your recipe could actually improve the dish depending on what you like.

If you are really wanting an exact replacement for tarragon, fresh or dried dill is not going to be your first choice. But if you want a different taste than what tarragon gives, then this might be your go-to replacement.

Dill pairs really well with seafood, but regardless of the type of food, you’ll want to use a 1 to 1 ratio when cooking with dill in place of tarragon. 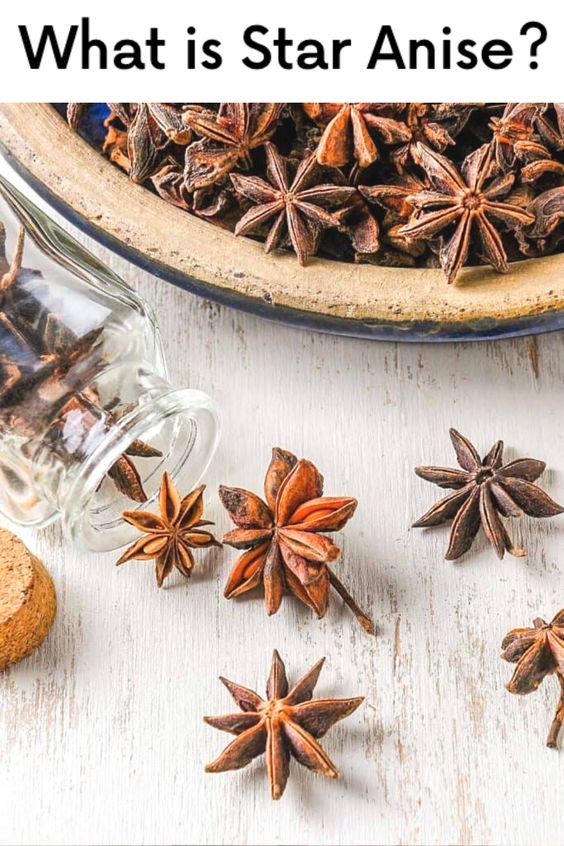 Anise might just have the most licorice taste of any other dried herb on this list, so if you want to punch up that flavor in your next dish, anise is a great substitute.

You could think of anise seed as a mixture between fennel and tarragon.

Not only is anise strong in licorice flavor but it also has a touch of sweet and spicy mix going on. This makes it perfect for subbing in for dried or fresh tarragon.

Anise is so strong that you’ll only need a pinch for every tablespoon of tarragon that you’re using. The measurement is the exact same for fresh or dried tarragon.

If that isn’t enough, you can always add a touch more anise to your meal. 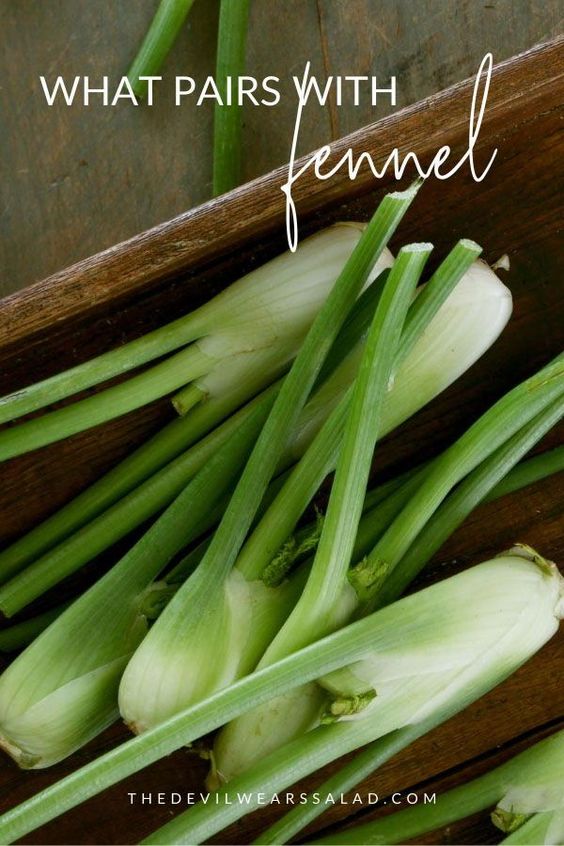 Fennel is another herb that has a hint of licorice taste just like anise or chervil.

It resembles celery in its looks but the distinctive flavor couldn’t be more different. It’s a perfect substitution for tarragon, especially if you are looking for a slightly stronger version.

You can get fennel leaves but there is also fennel seed. Both could work as a substitute for tarragon but the seeds have a lot more licorice flavor packed into each seed.

To get the same tarragon taste you’ll have to do some experimenting with leaves and seeds to see which combination produces an identical taste.

Fennel is a somewhat delicate dried or fresh herb so it’s best to use on dishes that are a bit lighter. Soups or sauces do best with a touch of fennel in them.

You can sub out fennel in a 1 to 1 ratio if you’re using fennel leaves, but since the seeds are stronger you should only use an eighth of a tablespoon for every one tablespoon of tarragon in your recipe. 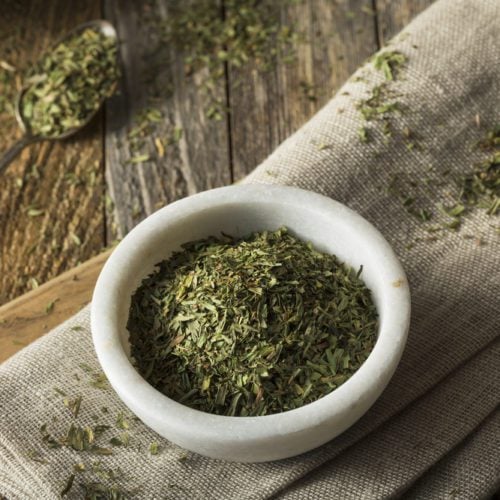