Fennel is a plant that originates in the Mediterranean but it can now be found all over the world. It is a flowering plant that is in the carrot family.

Fennel is related to herbs such as dill, cumin, anise, and caraway. In terms of history, fennel has a long and storied history of magical., culinary, and even medicinal usage. In fact, Ancient Egyptians used fennel as both medicine and food. Also, in Ancient China, fennel was used frequently as a snake bite remedy. During the Middle Ages, people hung fennel over doorways because they believed the herb could drive away malicious and evil spirits. You may recognize fennel because of its association with the origins of the 26-mile marathon race. One ancient Athenian carried fennel on his run to Sparta.

All parts of the fennel plant can be eaten, and it is common to see recipes using the bulb base as a vegetable, the seed as a herb, and the feathery fronds in salads and as a garnish.

The flavor of it is very distinct. It is aromatic and recognizable, resembling anise and licorice. 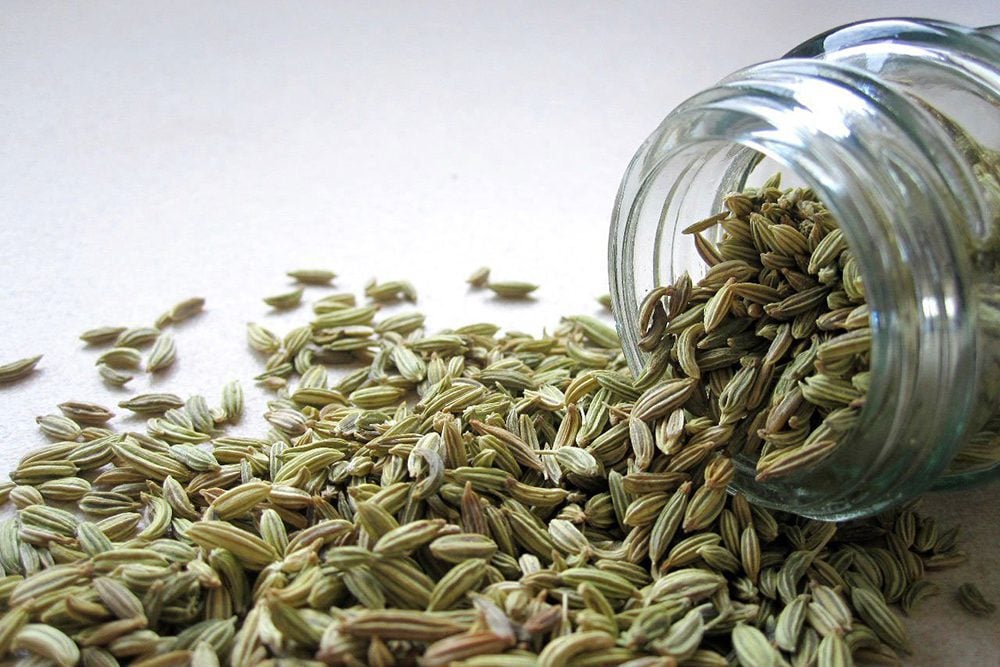 Fennel, in all its forms, is a popular ingredient in the dishes of many cuisines. It is especially popular in cultures in India, the countries in the Middle East, China, and Iran.

The seeds often feature in spice mixes from these places such as panch phoron, and Chinese five spice powder.

It is sold widely here in the States alongside other herbs in spices in grocery stores in the form of dried seeds.

If you have ever come across a recipe with fennel seeds and have been put off because you don’t have any at home, then you may have just given up on the recipe altogether.

Maybe you’ve tried fennel before and are not keen on the taste, or perhaps you’ve made the rookie mistake of thinking you had some there, beginning the recipe, only to realize you are fresh out.

Whatever the situation, you are likely wondering what on earth you can use in place of fennel seeds, if anything, and whether that will work well in your recipe.

One of the best substitutes for fennel seeds is anise seeds.

Fennel tastes very similar to anise seeds because of the licorice taste they both share, this makes it a great replacement for fennel seeds if you are looking for something that tastes identical and enjoys the licorice taste.

Anise is a little smaller in size than fennel but is a little more pungent. It is often used in sweet recipes but can be used in savory too, in place of fennel. Use the same amount of anise as the recipe states for fennel.

Another great option for fennel seed replacements is dill seeds. If you have seen a fennel plant before you will know that the fronds on top look exactly like dill.

Dill seeds are also very similar to fennel seeds, although this is more in terms of flavor. They do not have the same sweetness as fennel but work really well when used in savory recipes.

They are not as intense as fennel so it may be a good idea to use slightly more than the measurements stated for fennel.

It has more of a tangy flavor that lends itself well to fish dishes and egg recipes. Bear in mind that the licorice or anise seed taste is much less pronounced.

Caraway seeds are a fantastic option when you are looking for a substitute for fennel seeds that will have a similar anise or licorice taste.

That being said, in small amounts, you can use it in savory recipes where you want to replicate the earthiness of the fennel whilst keeping that licorice undertone.

These seeds taste great in loaves of bread such as soda and rye bread, cabbage dishes, and in all meat dishes, you should use a little less caraway than you would fennel, adding more afterward if you feel you need it.

Cumin is a really popular spice that is commonly used in a variety of cuisines such as Mexican, South American, Indian and more.

Whilst they have slightly different flavors, they both have a distinct earthiness.

Cumin is a little more on the spicy side in comparison to fennel, which is the reason it is so often used in spice mixes and seasonings such as curry powder, fajita spices, chili powder, and taco seasoning.

You can buy cumin in a powder form as well as seeds, and depending on what your recipe is, either will work.

If you want the seeds to be visible like fennel, then you should use cumin seeds as opposed to the powder.

Use the same amount of cumin as you would fennel, but bear in mind that powdered cumin is likely to be more potent than cumin seeds.

The powder of the licorice root can also be used in place of fennel seeds if you want to replicate that same taste. You can buy licorice root powder from health stores and independent grocers.

Bear in mind that it is very potent and will be far sweeter than fennel. For this reason, we recommend that you only use it in sweet dishes such as cakes and pastries.

What better substitute for fennel seeds than fennel itself?! You can thinly chop up some roasted fennel to use in your recipe to add depth, texture, and flavor.

Fronds work best as a garnish in salads or stews. Chopped up fennel is a great choice in stews, too, as well as many other recipes.

Like fennel, and many of the other fennel replacements on our list, french tarragon (or simply tarragon) also has a very distinct licorice flavor.

People often recommend using fennel as a replacement for tarragon, and so you can use it vice versa, too. Use the same amount of french tarragon as fennel seeds.

What Herb is Similar to Fennel?

The herb generally considered to be closest to fennel in terms of flavor and appearance is anise.

There are a lot of similarities between fennel and anise. Even down to their origins, these plants are deceptively close.

Both herbs are members of the Apiaceae family, which are more commonly called Umbellifers. The flowering plants under the Apiaceae umbrella are derived from the Apium genus and can be identified by their aromatic blooms, amongst other features.

Moreover, fennel and anise both originated from the Mediterranean, and both have a flavor reminiscent of licorice, so it’s no wonder that the two can be used interchangeably!

However, we should stress that, despite their similarities, fennel and anise are not exactly the same. Their flavors may be similar, but if you try both consecutively, you’ll see that anise has the stronger and sweeter taste, while fennel delivers a more subtle flavor.

Is Fenugreek Similar to Fennel Seeds?

Fenugreek is a widely distributed plant that can be easily found in parts of Asia, Europe, and the Mediterranean.

The Fenugreek plant is of the Fabaceae family and is known in scientific circles by its botanical name: Trigonella foenum-graecum. It has been used throughout history as a medicinal plant because of its many nutritional benefits.

For example, the consumption of Fenugreek has been linked to heightened production of breastmilk, elevated testosterone levels, and more balanced blood sugar and blood pressure. Therefore, fenugreek is thought to have benefits for people of all sexes and ages, although its use in a medicinal capacity has not been approved by governmental health boards. This is because of the prevalence of side effects when administered for months at a time or when taken otherwise than by mouth. It’s safe for moderated culinary use, though.

While fenugreek is technically a legume and not a herb like fennel, it has a similar flavor to that of fennel seeds. Fennel seeds are a good replacement for fenugreek, and vice versa, although you might want to be careful with the ratios.

Fennel seeds are distinctively sweeter than fenugreek, so it’s easy to be too heavy-handed by accident and oversaturate the sweetness of your dish when making this swap.

Can I use Ground Fennel Instead of Fennel Seeds?

Fennel seeds can be purchased either whole or ground. This can get confusing when a recipe calls for one or the other. Luckily, there’s no reason why you can’t use ground fennel instead of whole fennel seeds.

The main difference between ground fennel and fennel seeds is that the process of grinding the seeds brings out more of the seed’s natural flavor. Therefore, a pinch of ground fennel will pack more flavor than the same quantity of whole fennel seeds. 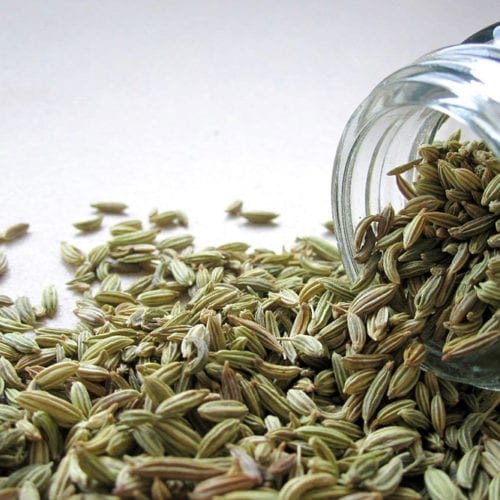 These options are sure to be a hit. So, gather your family and friends and enjoy. Let us know your thoughts!
5 from 6 votes
Print Recipe Pin Recipe
Total Time 3 mins
Course Seasoning, Substitute
Cuisine American
Servings 4
Calories 155 kcal

Calories: 155kcal
Keyword fennel seed substitute
Tried this recipe?Let us know how it was!