Seasoning can make or break a dish and the right combination of herbs and spices can really elevate a recipe.

Old Bay Seasoning has become a beloved ingredient outside of New England, too. For example, folks in the Gulf Coast area also love Old Bay Seasoning for shrimp boils and other seafood boils.

Old Bay is also great on popcorn, French fries, and even pizza. This beloved seasoning was invented by a German man who immigrated to Maryland in 1939. Old Bay took its name from a Chesapeake Bay ship line and it became super popular in the later part of the 1900s. Old Bay Seasoning was bought by McCormick & Company in 1990, but it’s still manufactured in Maryland.

One such seasoning that is loved for its unique flavor and powerful presence, is Old Bay seasoning. 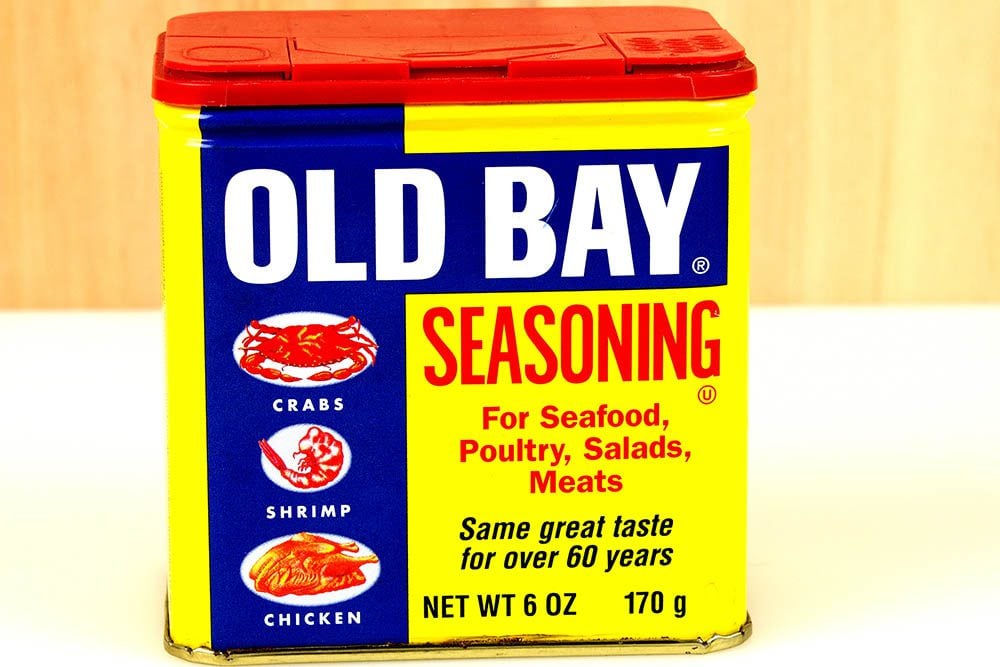 Unfortunately, getting your hands on it can be tricky in some parts of the world

So, what do you do if you run out of your favorite seasoning or can’t find anywhere you live? Don’t settle for a less tasty dish, keep reading to find our top Old Bay seasoning substitutes.

What is Old Bay seasoning?

Old Bay seasoning is a blend of herbs that originated in Maryland.

The mix consists of around 18  herbs and spices including black pepper, red pepper flakes, celery salt, paprika and more.

That being said, the unique seasoning’s complete recipe is kept pretty secret so not many people know exactly what’s in there.

The overall taste is a combination of salt, spice, pepper and herbs, making it a flavorsome and delicious addition to lots of dishes, especially seafood.

Some common dishes that utilize the seasoning are fried chicken, chowder, eggs, salads and even cocktails.

Unfortunately, we don’t know exactly what goes into making this delicious enigmatic seasoning but, we have found similar seasoning combinations that come pretty close!

If you don’t have access to Old Bay seasoning where you live, or you’ve run out of it at home and don’t have time to run to the store, there are plenty of ways to replicate the taste using ingredients you may already have in your pantry.

This is a great place to start. Paprika is a super common household item and celery salt should be pretty easy to find at the grocery store.

The best ratio to recreate the taste of Old Bay is about a quarter teaspoon of paprika and the same of celery salt for every full teaspoon of Old Bay. 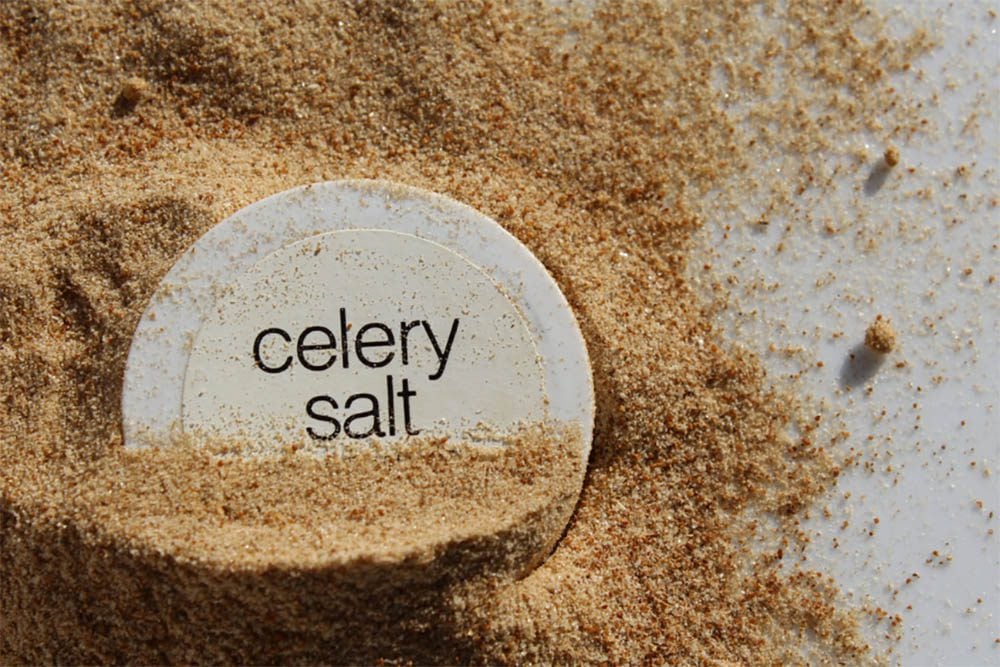 If you particularly enjoy the peppery and spicy aftertaste of Old Bay, you could always add in a sprinkle of black pepper and cayenne pepper – delicious!

A close second to Old Bay has got to be Cajun seasoning. It’s super tasty and packs a good punch. 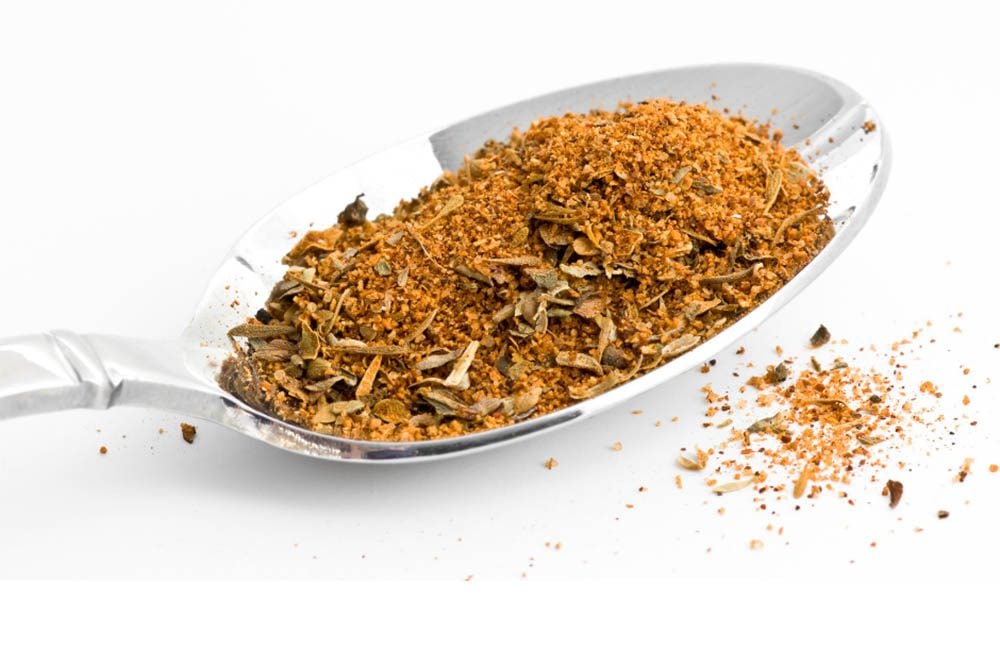 It also works very well in fish dishes like salmon and shrimp, similarly to Old Bay.

The spice originated in Louisiana but is easy to find at the grocery store in most parts of the U.S. and the rest of the Western world.

Much like Old Bay, Cajun seasoning consists of a bold flavor mix such as garlic, onion powder, herbs like oregano, paprika and more.

To replace Old Bay with Cajun seasoning in recipes, you can simply use the same amount of the ingredient as advised but bear in mind that it may be a little spicy so consider using less or even more Cajun to suit your taste.

There is a range of other spice blends you could also use, but to get the most authentic flavor possible we suggest making your own blend at home.

This will require a bit more effort than simply grabbing some Cajun seasoning from the store, but the end product is a great flavor match to Old Bay.

Crab Boil is typically used in fish dishes too and is a common favorite for flavoring shellfish, lobster, crabs and more. 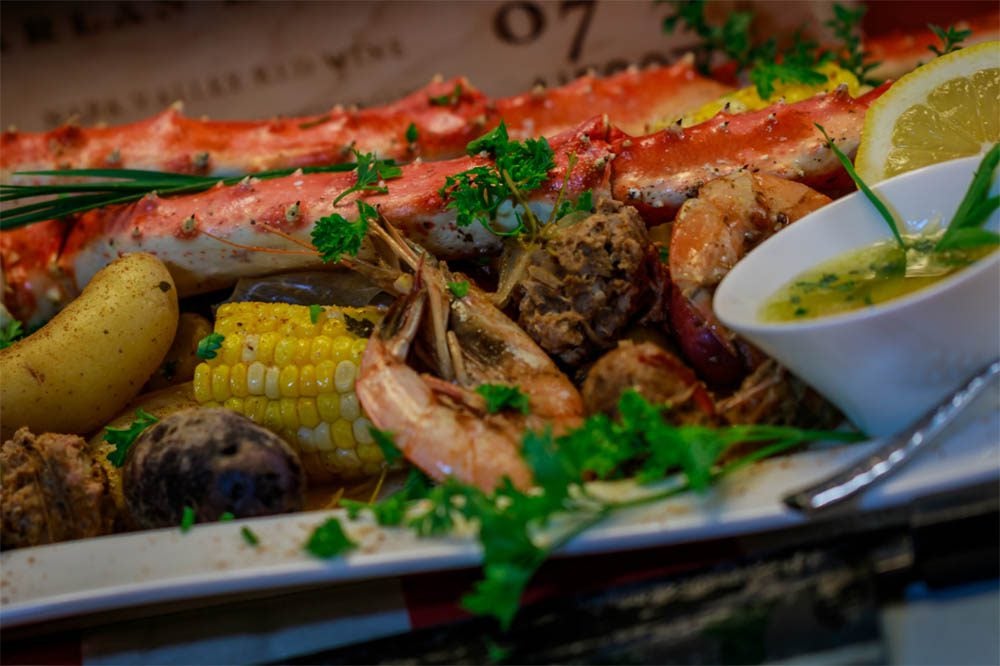 It is possible to purchase this seasoning in store, but it can be quite quickly made up by combining cayenne pepper, allspice, cilantro seed, mustard seed, dill seed and bay leaves.

If you’ve got the time and resources, making your own Crab Boil can really elevate your cooking if you can’t get your hands on Old Bay seasoning.

If you’re replacing Old Bay in a recipe, you can just use equal parts Crab Boil or add more or less to taste.

These three flavors combine to make a super tasty Old Bay substitute. You get a nice amount of kick from the chili powder with the moreish flavor of garlic and salt to tie it all together.

We recommend combining a quarter teaspoon of each ingredient for every full teaspoon of Old Bay seasoning.

This combination is particularly good for preparing seafood and meats like chicken and is often found in dishes such as stews – steamy!

The overall taste is a little sweeter than Old Bay seasoning, but there’s no denying it’s a delicious mix of herbs and spices that will make any dish just as tasty as Old Bay woul 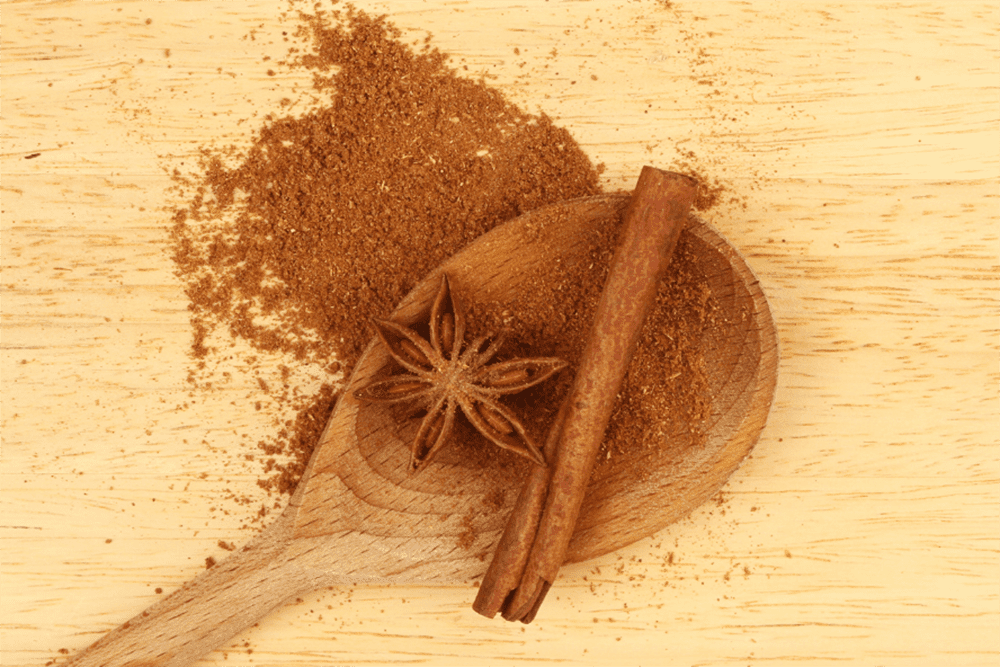 It works particularly well in dishes containing poultry and seafood.

This option won’t be as easy to come across as some of the other alternatives in this list, but if you are lucky enough to live near an Asian food market or your local grocery store stocks it, it will be a great purchase that you can use in your food time and time again.

Another great addition to seafood dishes is Pickling Spice. An easy find at the spice section in your local grocery store, it’s a great substitute for Old Bay seasoning.

Making your own Pickling Spice is possible, but separately purchasing each ingredient may add up quickly, so you’ll likely save money and time by simply purchasing it from the store.

To substitute for Old Bay seasoning, simply use Pickling Spice in equal parts as you would Old Bay.

Seasoned Salt is a great option because it’s very easy to find and is pretty inexpensive to buy. The mix consists of salt, herbs and other flavoring.

It doesn’t taste a lot like Old Bay, but it’s great for seasoning the same ingredients that Old Bay is used for.

It’s a common seasoning, often used to flavor fish, vegetables and fast food like fries. You can even use it to season popcorn!

You will need to keep in mind that the main ingredient is salt, so the overall taste of your dish will be altered. If the recipe already includes salt, consider reducing the amount of regular salt you add or use the Seasoned Salt as a substitute for both Old Bay and salt.

As we’ve said, unfortunately the official recipe for Old Bay seasoning is kept a secret to the world, but lots of people think they’ve figured out the main ingredients that contribute to its bold flavor.

While we may never know exactly what’s in it, here’s a close copycat variation made up of all the ingredients people have identified over the years that comes pretty close!

This may seem like an exhaustive list, but these are the flavor combinations people have picked out from tasting Old Bay, the actual recipe may include more or less of the following ingredients:

You won’t need to use more than a quarter teaspoon of each ingredient, we recommend using them in equal amounts, although if you don’t love spice, maybe just a pinch of cayenne pepper will be enough for you.

We find playing around with different combinations until you find the mix you like best.

Here’s some of our favorite food you should definitely be adding Old Bay or alternative to for an extra delicious dinner.

Old Bay seasoning is a delicious addition to any dish, but especially seafood recipes.

Its enigmatic ingredients make this sought after seasoning even more exciting, which is why we think going to the extra effort to replicate it is totally worth it.

A lot of the alternative ingredients are super easy to get a hold of and relatively inexpensive to purchase from your local grocery store or Asian market.

Finding the perfect combination of alternative herbs and spices will involve some trial and error, but once you find the perfect mix, you’ll be able to elevate your cooking. 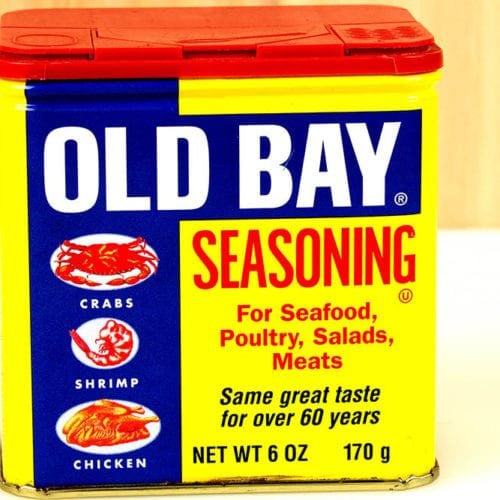 These options are sure to be a hit. So, gather your family and friends and enjoy. Let us know your thoughts!
5 from 6 votes
Print Recipe Pin Recipe
Total Time 4 mins
Course Substitute
Cuisine American
Servings 4
Calories 155 kcal

Calories: 155kcal
Keyword Old Bay Seasoning substitute
Tried this recipe?Let us know how it was!