Hunan chicken and Szechuan chicken are two types of chicken dishes that originated in China, and they are known for being both delicious and easy to cook.

They are typically served with steamed rice, and they can be eaten for either breakfast, lunch, or dinner, depending on what you feel like. 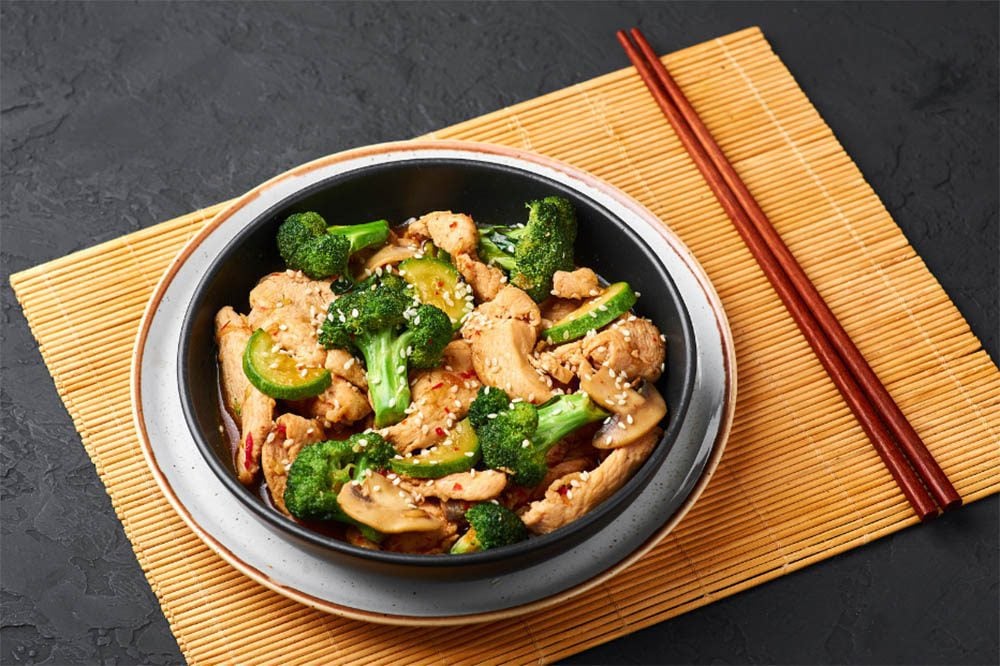 You might have noticed these recipes when looking around for new ideas when it comes to cooking, which might have led you to wonder what they are if you have never heard of them below.

These two dishes are so delicious that you just have to find out more.

In this article, we are going to tell you all about Hunan and Szechuan chicken, so you can familiarize yourself with these two dishes and find out if they are something that you would be interested in cooking.

There are many differences between these two dishes, which we will also explain for you here.

What is Hunan Chicken?

Hunan chicken is a chicken-based dish that comes from Xiang cuisine , which are types of food that have originated in the Xiang River region of Hunan Province.

However, there are many Chinese provinces that claim that Hunan chicken has come from other different regions, but what they all have in common is the use of a hot spice that is well known as mala. 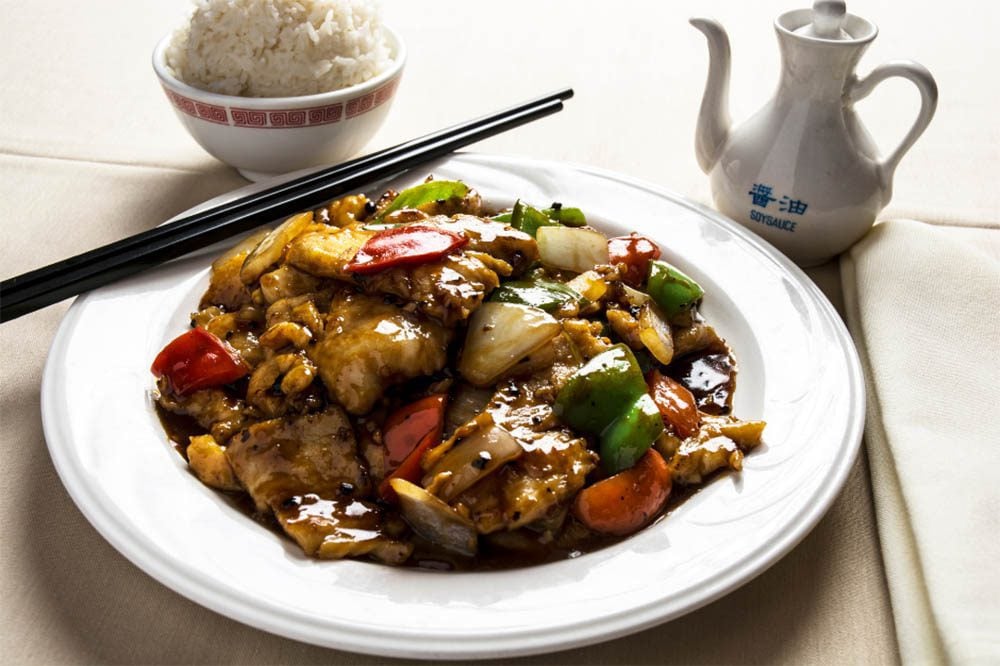 Hunan chicken is a dish that is known for its pure and simple taste, but it does have a spicy kick to it.

It is considered to be a staple dish throughout the winter, and it is something that is quite oily and juicy.

You can already tell from the title that it contains chicken, but you can also expect it to contain other ingredients, like  shredded ginger, chili peppers, scallions, chicken broth, cornstarch, soy sauce, sherry, wine vinegar, sugar, salt, and powdered anise pepper.

This dish features a dry and spicy flavor that usually comes through with the use of either doubanjiang or chilli paste.

This spicy can sometimes numb the tongue, but it has a delicious flavor once it has been paired with steamed rice.

Chinese locals will also typically drizzle the spicy oil onto this dish that comes from cooking the meat with various different spices.

What is Szechuan Chicken?

Another well-known chicken dish is Szechuan chicken, which is a dish that originated in Sichuan Province and that is known for its bold and spicy flavor that comes through with the use of Sichuan peppercorn.

This Chinese dish has quite an intense flavor and a citrus-like fragrance. 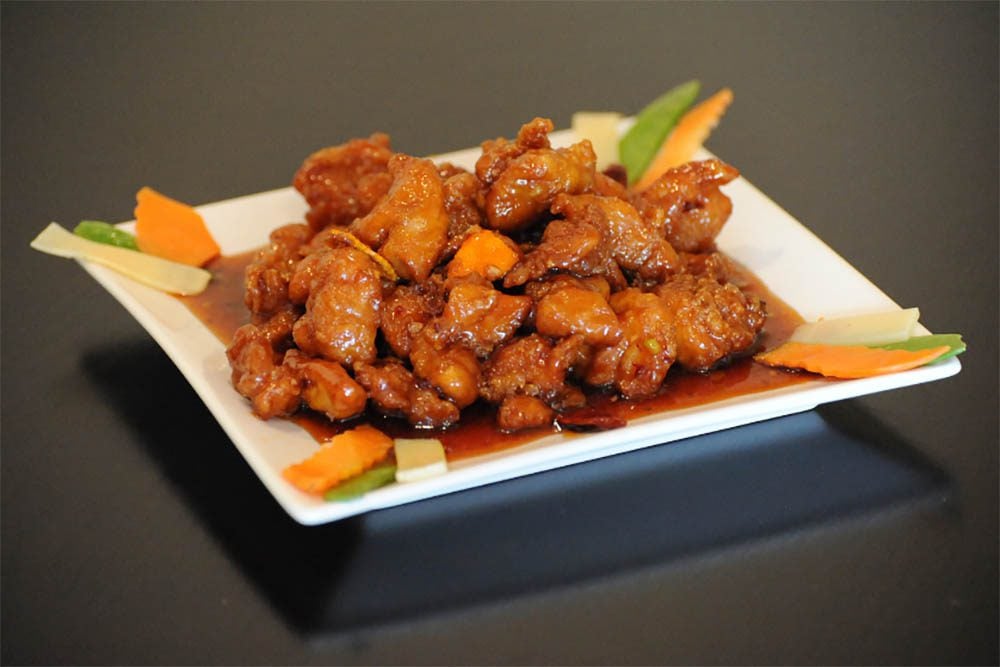 It is known for being able to create a tingling and numbing sensation inside the mouth due to the fact that it is both spicy and sweet, providing lots of flavor.

Many people love this dish due to the fact that it is easy to prepare and cooked, and it can easily be served with either steamed rice or hand-pulled noodles.

One of the main differences between these two dishes is the ingredients that are typically used to make them.

Hunan chicken features doubanjiang, and it does not require the use of Worcestershire sauce in order to thicken the sauce that it is served in.

It also features bite-sized chicken meat, unlike the alternative, which is served using full chicken breasts.

Something else that is quite different when it comes to these two dishes is the way in which they are prepared. Hunan chicken requires you to marinate the meat first in soy sauce, genger, and sherry.

You will then need to stir fry until the vegetables and meat are fully cooked.

Alternatively, Szechuan chicken is prepared by first frying the battered meat, and then stir frying it with the rest of the ingredients.

Due to the way in which both of these dishes are prepared and cooked, Szechuan chicken is much crunchier than Hunan chicken, which is more tender and delicate.

When it comes to the taste of both of these dishes, Hunan chicken is known to be spicier due to the use of doubanjiang.

However, once this spice has settled, the taste becomes pure and simple.

Szechuan chicken has more of a spicy-sweet flavor to it, and it is much more flavorful. This is likely due to the use of Worcestershire sauce, mixed with minced garlic, and sesame oil.

As well as this, Hunan chicken has a dry and spicy hot flavor, while Szechuan chicken gives more of a mouth-numbing sensation.

Hunan chicken also has hints of tanginess, whereas Szechuan chicken is much saltier. The fermentation process of the doubanjiang paste works to provide the more earthy and fiery flavor.

Alternatively, the red chilli peppers will work to provide a more citrusy tone, which can numb the mouth.

There is no sauce that is served with Hunan chicken, but it does contain stir-fried broccoli, carrots, bell peppers, mushrooms, and even zucchini, which gives it its uniqueness.

Hunan chicken has no sauce, while Szechuan chicken has a spicy, savory, and sweet sauce. It also does not contain any vegetables other than what can be found in the seasoning.

If you are looking for the healthiest option out of the two, then you should go for Hunan chicken, which has a lower number of calories, as it is stir fried, rather than deep fried.

Hunan chicken is also filled with more vegetables, which provides a healthier option when it comes to the ingredients that are used.

It also features a plant-based protein in the paste that has been proven to lower blood pressure and prevent osteoporosis.