The words “gherkin” and “pickle” are often used interchangeably. But are they different? Or is this just a cultural difference and they are the same thing known by different terms?

Depending on who you ask the answer is both and neither. But that isn’t a very useful answer. So let’s dig a bit deeper into this very important debate. 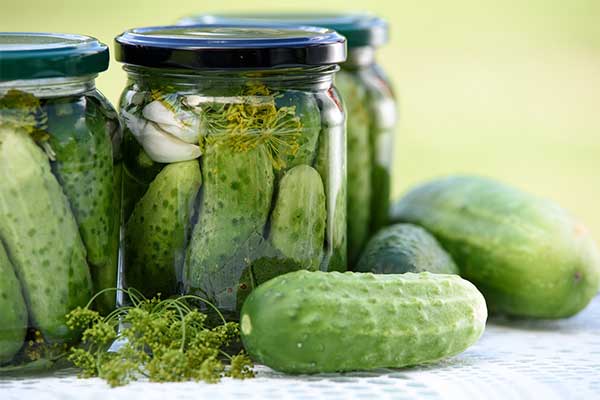 What is a gherkin?

A gherkin is, very basically, a close relative of the cucumber. But it is not the kind of super long and hard cucumber that you would find in the grocery store and would put in a salad. Gherkins are a specific kind of cucumber. They are the kind that is most often used for pickling.

What is a pickle?

Where you are in the world is the most important factor in answering this question. Knowing that there is an important difference between “a pickle” and “pickle” is also relevant to this question.

If you ask someone in the UK for “pickle” then you will most likely be handed a jar of preserved food. Pickling is a process where foods are cooked in and preserved with vinegar. This is also true for many other countries where English is commonly spoken, such as New Zealand, Australia, and Ireland.

But, in the US, “a pickle” is what people in many other English-speaking countries would simply call a “gherkin”. A pickle is a gherkin that has been pickled.

So, now you know the difference between a pickle and a gherkin in the most general sense. There are a few complications. For example, “gherkin” is used as the name for a pickled gherkin cucumber.

But a Mexican sour gherkin is not technically a cucumber. It is within the same family of vegetables. But it is not itself classified as a cucumber.

(To make things even more complicated, these are also known as “Mexican sour cucumbers”). So, if you have found yourself in this article out of confusion and frustration, you are definitely not alone.

You will likely have also heard of a “dill pickle”. This is the same as a pickle or a gherkin.

They are referred to as “dill pickles” purely because they are pickled with dill. Dill is one of the most popular herbs used to flavor pickles.

Cornichons are another form of gherkin/pickle. They are essentially the same as gherkins. Large cucumbers can be chopped or sliced to then be pickled. Gherkins and cornichons, however, are small cucumbers that are pickled whole.

Cornichons are a traditionally French food. They are most commonly pickled with tarragon, rather than dill. Pickling food to preserve it is a very old and very traditional process.

So there is no one culture or country from where pickling definitely originates. Many different cultures have found and developed this process for themselves.

This is a type of pickle that is pretty simple but isn’t as popular or commonly found as other gherkins/pickles. You are much less likely to find a jar of bread and butter pickle in the grocery store than a normal dill pickle.

They would make the pickles themselves as a way of using up their undergrown cucumbers. Then, they would barter and trade with the pickles with their grocer. They would trade the pickles for essentials, such as bread and butter.

The difference between the more commonly found pickles and bread and butter pickles comes down to a few ingredients. Most gherkins are pickled in brine with herbs and/or spices.

Bread and butter pickles also use brine but only spices are used and sugar is also added. This gives them a specifically sweet and salty taste that is very popular.

The recipe and type of pickle are likely much older. Combining sweet and salty foods is nothing new. But the Fannings’ pickles became so popular that their recipe was trademarked in 1923.

Pickling is a common method of preserving food that is used across the world. Gherkins are just one kind of food that is pickled. 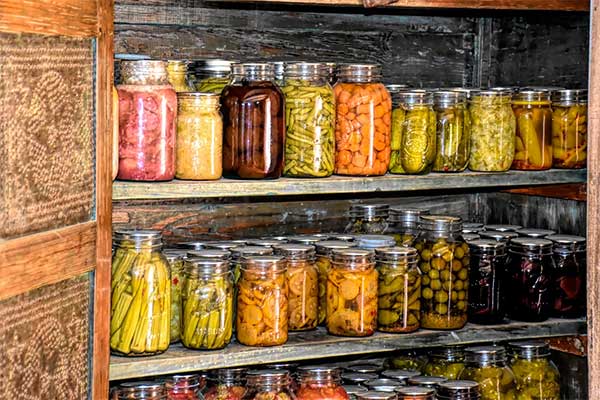 There are not very many fruits and vegetables that cannot be pickled.

If you are wondering if the veg you have in the refrigerator and that is about to go off can be pickled, the answer is probably “yes”.

So, take a look at the pickling process below, and have a go!

Now that you know the difference (or lack of difference) between a gherkin and a pickle and pickle, it’s important to know how exactly you pickle a food.

The pickling process can involve a range of fruits and vegetables, as well as herbs and spices. So, here are some very simple steps for pickling food. (It is a very simple process).

Chopping generally depends on the size of the food. Small onions are also pickled whole, as are boiled eggs, and gherkins.

Some of the best herbs and spices for pickling are garlic, pepper, chili, and paprika. But, these are just some ideas.

But, if you have a good idea of which herbs and spices you want to use, then there are a few different kinds of vinegar you can choose from.

The best kinds of vinegar for pickling are generally considered to be:

Boiling the food and seasoning will start off the pickling process but they don’t need to (and shouldn’t be) boiled for more than a few seconds. This is because boiling the ingredients will cause them to break down. Which you don’t want.

If the food and seasoning are broken down, the result will be similar to a jam or a chutney. Boiling the ingredients kicks everything off but you want everything to still be whole and crunchy at the end.

This means that storage is very important. You will need a jar that has an airtight lid. The most traditional option is a Kilner jar.

Make sure to sterilize your jars. This can be done by putting them through the dishwasher. Or, if you don’t have a dishwasher, place them on medium heat in the oven. (Make sure to use jars that are safe to be heated. Otherwise, the glass might break).

Now, you have a choice. Everything will need to be chilled before placing it in the jar. But you can heat the vinegar/brine beforehand. This isn’t 100% necessary but it can speed up the process a little.

Pour the vinegar/brine over the food in the pan. Then, leave it to cool. Don’t place it in the refrigerator as this will cool the ingredients down too quickly. The steam will also alter the temperature of your refrigerator.

Once everything has cooled, pour the ingredients into the jar. Then, store it in a cool, dark place. And then the pickling will begin!

Pickle can last a very long time (which is the point of this kind of preservation). But you can eat the pickle the next day or six weeks away. This all depends on how strong a flavor you want. And on the kind of food you have chosen to pickle. (Read on or scroll down for some tips on how long to leave certain foods). 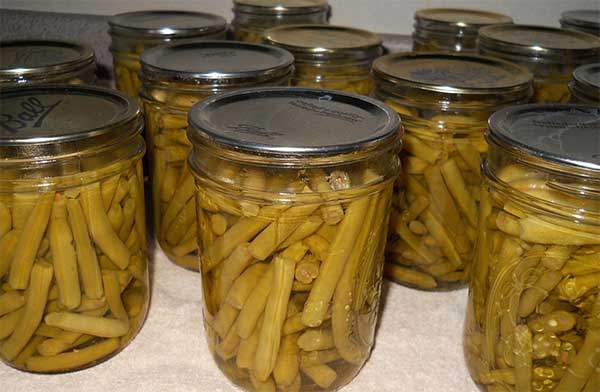 Okay, so you pretty much know everything there is to know about pickles.

But what about their history? These little green snacks are even more interesting than you might think.

Here are some fun facts about gherkins/pickles that might just help you fill in an awkward silence at your next party.

Of course, it’s difficult to pinpoint exactly where a food comes from. But we can know where the cucumber comes from. Cucumbers, as far as food historians know, originate from India.

They were then, likely, imported to Europe by the Greeks or Romans. But the process of pickling cucumbers doesn’t originate from India (as far as we know)

There isn’t any scientific evidence to suggest that eating gherkins can enhance your appearance. (So don’t blame us if you try out this gherkin diet and don’t see any results).

But they do contain a good number of vitamins. Despite their high salt content, gherkins/pickles do still retain their nutrients. So they are (in moderation) pretty good for you.

But, they are pretty much what they seem. Some people absolutely love pickling gherkins in Kool-Aid. These are nicknamed “koolickles”. The gherkins are pickled normally with seasoning and brine.

But Kool-Aid is also added to the process. This causes the gherkins/pickles to take on a sweeter taste. It can also turn them a range of bright colors, depending on the color and flavor of the Kool-Aid.

This might seem like a strange idea. But the combination of sweetness and saltiness isn’t that uncommon. The idea is not dissimilar to bread and butter pickles. Sweet and salted foods often go well together. Sweet and salted popcorn and salted caramel are two very popular flavors and foods.

So, now you know pretty much everything there is to know about gherkins/pickles. You even know how to make them yourself.

This will allow you to enjoy as many different types of pickled foods as you like. While finally understanding exactly what it is you’re eating.