Catsup, Ketchup they sound pretty similar right and we wouldn't blame you for mistaking them as the same thing. 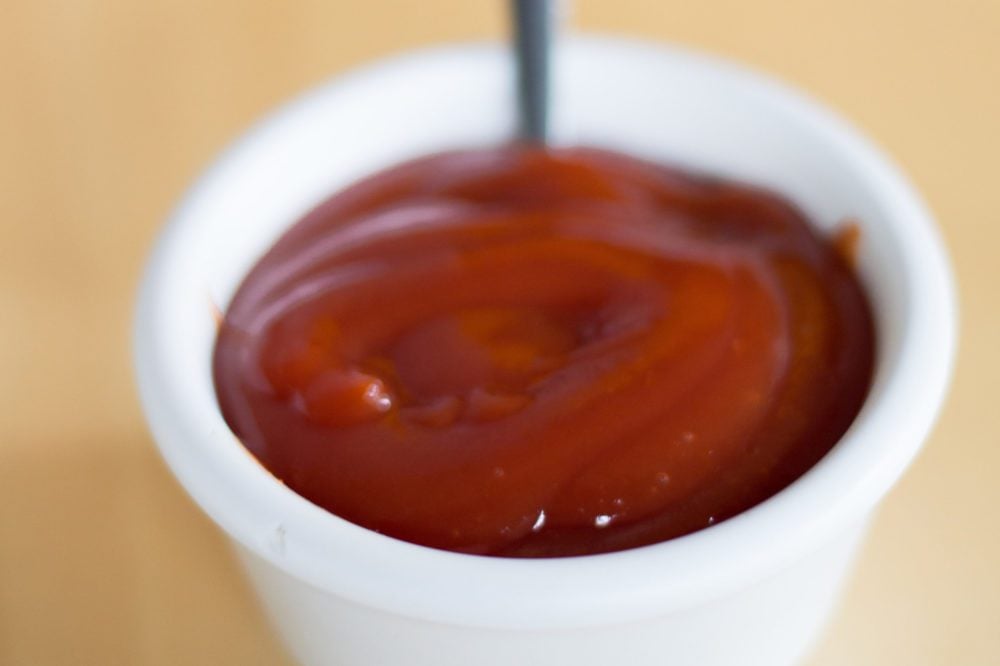 If you've consumed both you may not have noticed a difference between the taste of both condiments and this is because they are terms used to refer to the same product.

What are Ketchup and Catsup?

Ketchup is a red-colored condiment that compliments the flavor of many meals from hamburgers, fries, and much more.

Ketchup is found in the majority of American kitchens with many considering it to be a necessity. Catsup was the term originally used to refer to this sauce.

The History Behind Ketchup and Catsup

Ketchup and Catsup are modern and westernized terms that are used to describe the same condiment hence why you will notice little difference between the taste of both.

Both are made with the same ingredients which are typically the following: ripened tomatoes, sugar, salt, vinegar, and cinnamon.

The word 'Ketchup' derives from the Chinese word 'ke-tsiap', a name used to describe a fish sauce. Catsup is essentially a different interpretation of the same word.

As a fish sauce, it was originally used to season a dish rather than compliment it as a condiment.

There is a lot of debate surrounding the origins of this sauce and its titles.

Despite the theories that suggest this term coming from the Chinese word 'ke-tsiap' there are also suggestions that it originates from the word ''ke-chiap'' which comes from the Fujian region, or the term ''kicap'' a word taken from the Cantonese dialect of Chinese.

Since its first introduction in the late 1600s ketchup has endured multiple changes.

In the 19th century, this sauce had a thinner consistency that was very much like that of a Worcester sauce, however, the consistency has since evolved and it is now thicker.

Although this sauce is often referred to as a tomato sauce, it wasn't until sometime following its introduction to England that tomatoes were included in the recipe.

The original recipe used anchovies, shallots, vinegar, ginger, lemon peel, and more. When tomatoes found their way into the sauce sometime later, the popularity of this condiment quickly escalated in the USA.

Because of the high salt content of ketchup, it can last for several years before deteriorating in quality.

The Ingredients Used To Make Ketchup and Catsup

Modern ketchup that is commonly consumed is composed of a collection of basic ingredients.

It is worth noting that the following ingredients are those that are more generally used but they can differ depending on the manufacturer.

The ingredients that are typically used are tomatoes, vinegar, sugar, cinnamon, cloves, salt, and allspices. Additional ingredients may include onions, celery, and other vegetables.

There isn't a huge difference between these ingredients and those that are used to create Catsup. This condiment is typically made from tomatoes, sugar, cloves, cinnamon, and salt with the added ingredients of cayenne, white vinegar, and celery seed.

Popular Brands of Ketchup and Catsup

Several brands are recognized as popular manufacturers of Ketchup and Catsup.

Heinz is one of the most commonly recognized creators of Ketchup in Great Britain. In fact, it is considered to be one of the largest manufacturers of this condiment.

While it is very popular in Great Britain, it is also one of the most commonly recognized brands in the USA.

Heinz first began producing this sauce in 1876 and originally referred to it as Catsup before changing the name to ketchup shortly after, however in some parts of the Southern US, it is still often referred to as catsup.

While these brands are the most popular you will now find many other own brands of this sauce.

Some other popular brands of this condiment include Trader Joe's, Sir Kensington's, Hunt's, Del Monte, and more.

Although many of us will typically associate ketchup with Heinz, the first bottle was sold in 1837 by farmer Jonas Yerkes. Many years later, it was then sold by Heinz.

Facts about Ketchup and Catsup

When did catsup become ketchup?

Up until the late 1800s what we now know as ketchup was referred to as catsup. In fact, it was only in the 1880s that this name change happened, and it was all thanks to one of the biggest companies in the condiments industry, Heinz.

Prior to the 1880s, everybody referred to ‘ketchup’ as ‘catsup’ as this is what this sauce was traditionally called. This might come as a surprise to some people because it is easy to assume that ketchup is a recent invention, but this tomato sauce has actually been around for centuries.

In the 1880s, Heinz rebranded their ‘catsup’, giving it the name ‘ketchup’ instead in order to stand out from their competitors. And it is safe to say that the name stuck. Since then pretty much every condiments manufacturer has adopted the name ketchup, and the name ‘catsup’ has been forgotten as a thing of the past.

Why is catsup called catsup?

There has been a lot of debate surrounding where the name ‘catsup’ came from, and why the sauce was called this traditionally. In some parts of the USA, you will likely still here ketchup referred to as ‘catsup’ but this name actually comes from Chinese origin.

In China, there is a type of fish sauce ‘ke-tsiap’, and one theory is that the name ‘catsup’ originates from this word as the sauce was traditionally used with fish to season the dish. Rather than to compliment a dish in the way that ketchup is used today. However, there is much debate over the specific word that ‘catsup’ has been derived from, with some arguing that it came from the Cantonese word ‘kicap’ instead.

But despite the debate surrounding the specific word that it is derived from, there is a consensus that the word ketchup is derived from one of the Chinese words for fish sauce.

Did ketchup ever spell catsup?

Up until the 1880s, nobody had heard of the word ‘ketchup’ in the USA, and the term ‘catsup’ was widely used. At this time, even Heinz referred to it as ‘catsup’. But Heinz were not happy that its excellent product blended in with the other competitors on the market, so they decided to rebrand. This was the first time that the term ‘ketchup’ was used, but it didn’t take long for other companies to switch to this new name too.

So, yes, ketchup was once spelled catsup. In fact, this was the way that it was spelled for a very long time until Heinz decided to rebrand.

What does catsup mean?

So, catsup is just another word to describe ketchup, and it is likely derived from the Chinese word ‘ke-tsiap’ for fish sauce.

Ketchup is a staple condiment that is found in the cupboards of many, however, it was once very different from the sauce that we recognize today.

While many of us now enjoy it on the side of our favorite meals in previous times it was used as an addition to cooking recipes and didn’t even use tomatoes when it was first invented.

The ingredients used to create Ketchup and Catsup are fairly similar hence why you will likely not notice the difference in taste between both.

Although Heinz is widely recognized as a manufacturer of ketchup it didn’t begin creating it until 40 years after it was first discovered.

Both are different interpretations of a title given to the same condiment. Although it is widely referred to as Ketchup, some will still refer to it as Catsup. I'm a big fan of homemade ketchup made with tomato paste, brown sugar, and other spices. I'll share this ketchup recipe shortly. It's great on homemade french fries. There are many great options: tomato ketchup, fancy ketchup, mushroom ketchup, and even oyster ketchup. Give them a try.