Escarole is large-leafed endive (an edible Mediterranean plant) and is a popular choice for adding to soups, pasta, or side dishes.

Anytime you can get more greens into your diet, you're going to be healthier. Greens have so many essential nutrients, but they're also excellent sources of fiber, which helps with digestion. Escarole is delicious, but you may have reasons for not eating it.

Perhaps you don't like the flavor, or maybe it doesn't agree with your stomach. In other cases, you may not be able to find escarole at the grocery store. If that's the case, never fear. You can always substitute most other greens. If you have a recipe for escarole soup, salad, or sautéed escarole, you can use another type of greens instead.

Its mildly bitter taste isn’t for everyone but with some additives, it can be a tasty addition to various meals.

Also known as Batavian endive, this plant is part of the genus Cichorium. Its leaves are broad and curly with the outer layers tending to be a little darker and more bitter in taste.

Its inner leaves are on the more tender end of the scale. You may be forgiven for thinking it is lettuce but escarole is more expensive with it being regarded as a specialty food.

If you do come across escarole, its preparation couldn’t be easier. Just a quick rinse and it’s ready to go! 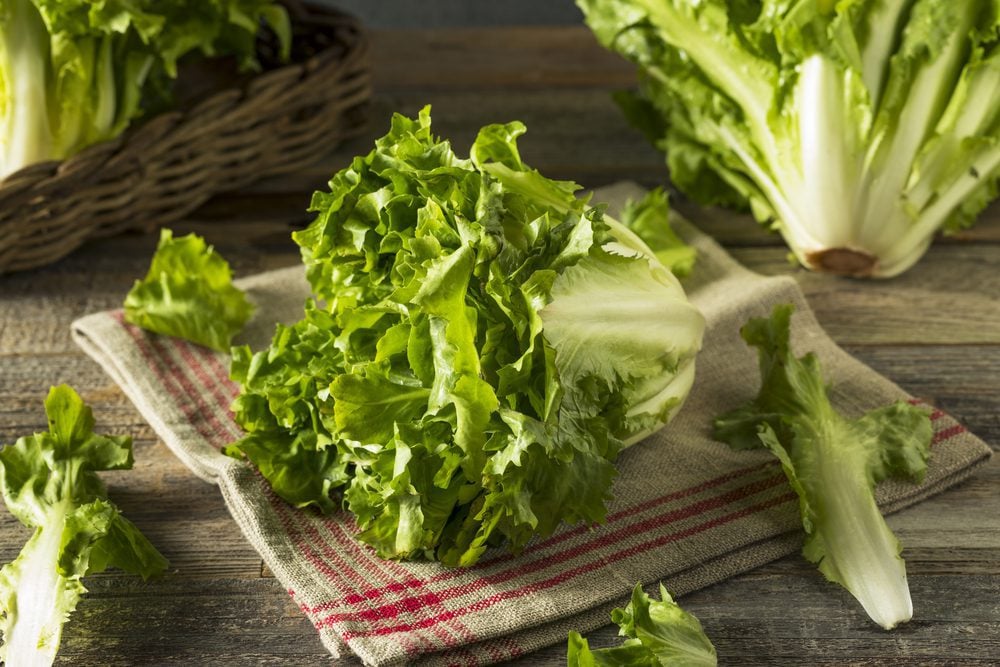 Very popular in Italian cuisine, escarole is widely used in pasta because of its sturdy nature and mellow taste. It has many health benefits containing vitamins A, C, and K, fiber, and antioxidants.

However, escarole can be hard to come across. If you’re having trouble finding it, there are some great substitutes that could help fulfill your dish in the same way.

Depending on the dish you want to create, there is a range of leafy greens to choose from. In this article, we will show you the best alternatives for escarole for you to try in a meal soon!

Before we find out the best substitutes, we want to remind you of the best way to keep your greens fresher for longer.

You should refrigerate unwashed greens until the moment before cooking to ensure they are fresh. If the greens are damp, they can quickly rot.

It’s also best to wash your greens in lukewarm water instead of cold water. This way, any soil, dirt, or debris on the leaves will come off easier and keep your leaves fresh and fully vitalized!

Let’s get right into finding out the best substitutes for escarole!

Let’s start with the superfood, spinach.

With a diverse range of vitamins, minerals, and antioxidants, spinach is a wonderfully healthy food whatever you’re cooking. As a substitute for escarole, it may be the most versatile to use.

Spinach can be baked or cooked and served as the main ingredient of a meal or as a side dish. Its versatility can see it used in salads too, even with its distinctive bitter flavor. However, this bitterness usually goes away after being cooked.

Some ingredients that work well with spinach are eggs, cream, fish, cardamom, carrots, and cottage cheese to name a few. Don’t be afraid to use it with ginger or garlic too!

If you find you want to substitute spinach, you can use beet greens, kale, Swiss chard, turnip greens, or Chinese spinach. Remember, spinach may be the closest green to escarole due to its bitter taste.

Arugula has a distinct bitterness to it, similar to that of escarole. Although escarole’s taste is hard to replace, arugula’s peppery taste is a good substitute for the green.

Just like escarole, arugula is often added to salads, eggs, pasta, and many more dishes. It can mix well with walnuts, pears, and potatoes too, alongside blending nicely with lemon, avocado, and olive oil.

You may recognize arugula by other nicknames such as Italian cress, Mediterranean rocket, and wild rocket.

This can also be substituted with a range of greens like dandelion green, young mustard greens, and Belgian endive.

This is sometimes referred to as the Italian sibling of chicory. Known for their unique burgundy leaves with white ribs, radicchio is perfect for green salads as well as acting as a tasty side dish.

Radicchio is a nice substitute for escarole due to its slightly bitter taste. This perfectly suits pasta or pizza toppings. (Hungry yet?)

As with many greens, radicchio has some common nicknames such as red chicory, red lead chicory, and red Italian chicory. If you need to substitute this too, try using its Italian relative, chicory.

Kale is not as bitter as escarole or our previous substitutes on this list. Its taste is more peppery with a tougher, crunchier texture than escarole.

This makes it ideal for substituting escarole in soups and lasagne. Kale is the go-to replacement for escarole in many kitchens.

Also known as “the king of healthy greens”, kale has many beneficial attributes and compounds.

It has been used for medicinal purposes for centuries and it’s hard to argue why when it contains vitamins A, B6, K, calcium, manganese, potassium, copper, and magnesium.

These are just some of the healthy vitamins and nutrients inside kale. It is also rich in antioxidants like Kaempferol and Quercetin.

If you’re looking to replace escarole for health reasons, kale could be the answer! It is known to help reduce cholesterol and lower the risk of heart disease.

Also known as leaf beet, silverbeet, Swiss chard, Spinach beet, and more, chard can be a delicious complement to your side dishes.

It usually takes a little longer to cook chards but once it is ready, you can use it on pizzas, pasta, and risotto.

Chard may be the most loved vegetable in the Mediterranean due to its highly nutritious values and versatility. This admiration has spread globally with chard becoming a staple of many healthy diets.

Chard also contains a wide range of phytonutrients that can be seen due to their vibrant, vivid colors. Next time you have this leafy green, look out for the rich, dark green leaves with splashes of red, purple, and yellow in the stalks.

Some superb substitutes for chard are spinach, beet greens, and mustard greens.

Mustard greens are a favorite in African, Asian, and Italian cuisine and are similar to broccoli and kale.

Like escarole, their taste is pungent but not as bitter. They have more of a mild peppery flavor which compliments dishes when boiled, sautéed, or steamed.

As an escarole substitute, mustard greens will do the job as well as thicken up Asian dishes such as Chinese or Korean.

Also known as brown mustard, leaf mustard, and Indian mustard, mustard greens can act as alternatives to turnip greens and kale too.

Collard greens also do in a pinch.

Can you substitute bok choy for escarole?

You can use bok choy as a substitute for escarole, yes. It’s worth bearing in mind that bok choy will have a different flavor to escarole, which could affect the flavor of your dish. However, if you’re stuck for other substitutes, it can make a good alternative to escarole.

Bok choy has a much milder flavor than escarole and isn’t bitter. It tends to be used in a lot of Chinese cooking, most often in soups, salads, and stir-fries. The great thing about bok choy is that the whole vegetable is edible, from the leaves to the bulb. This makes it great if you’re very conscious about wasting food, as you can use the whole of the vegetable in your dish.

Bok choy is also known as pak choi, pok choi, or pichay/petsay. It’s not an exact flavor match for escarole, but can be a good last minute substitute if you haven’t got much else to hand.

Can you substitute green leaf lettuce for escarole in soup?

If you’re really stuck for escarole substitutes for soup, green leaf lettuce is a great alternative. This is because it’s an ingredient that can often be used for soup making. However, it’s worth bearing in mind that green leaf lettuce won’t have the same type of flavor as escarole.

If you’re looking for a substitute that can mimic the flavor of escarole, you’ll be better off going for something like kale or curly endive. These substitutions have a similar flavor so will be a great flavor substitute for escarole.

Green leaf lettuce has a much milder flavor than escarole and tends to be mostly used in salads, sandwiches, and soups. Escarole is often confused with salads such as green leaf salad because of its leafy appearance, however, it has a much different flavor and texture profile.

Is escarole similar to kale?

Escarole is similar to kale, yes. There are several key differences between the two types of vegetable, however, if you need a good substitution that won’t compromise too much on flavor or texture, then kale will be a good choice.

Kale isn’t as bitter as escarole, and it’s not as leafy. Whereas escarole has a much more bitter taste, kale tastes quite peppery and has a much crunchier texture. Kale should be the go to replacement for escarole in dishes such as lasagna and soup.

There are many benefits to kale, and it’s been used for many medicinal purposes. However, there are also a number of great health benefits to escarole. Escarole is packed full of fiber and several other key nutrients including vitamins A, C, and K, as well as folate and copper.

It can be a little hard to find the right substitute for escarole, especially if you have a specific dish in mind.

These are just some of the alternatives you can try. Most of these will be almost identical to the original escarole and, in some cases, more beneficial to your health.

Nonetheless, each leafy green mentioned has high levels of nutritious values and will help make your dish as delicious as possible. 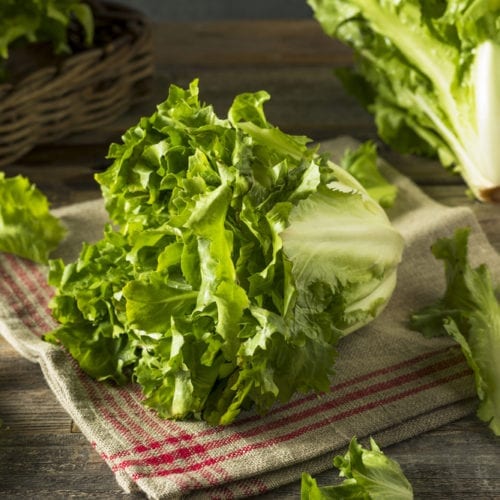 These options are sure to be a hit. So, gather your family and friends and enjoy. Let us know your thoughts!
5 from 6 votes
Print Recipe Pin Recipe
Total Time 9 mins
Course Substitute
Cuisine American
Servings 3
Calories 145 kcal

Calories: 145kcal
Keyword escarole substitutes
Tried this recipe?Let us know how it was!