We’ve all been there. It’s the weekend, you’ve had a lazy morning and you spontaneously decide to do some baking. However, upon looking up the recipe, it requires an ingredient that you don’t have.

Vanilla extract is one of those essential ingredients, not just for baking but in many different types of recipes. The sweet, pure taste of vanilla is even used in many chocolate recipes.

And when it comes to baking, the taste of many of our favorite cakes just isn’t the same without it. And when caramelizing fruits and veggies, vanilla extract will boost their flavor.

Vanilla extract is a solution made by macerating and percolating vanilla pods in a solution of ethanol and water and is a kitchen essential if you’re a big baker!

As a food flavor, vanilla is commonly available in different forms, such as extract, paste, powder, and essence. 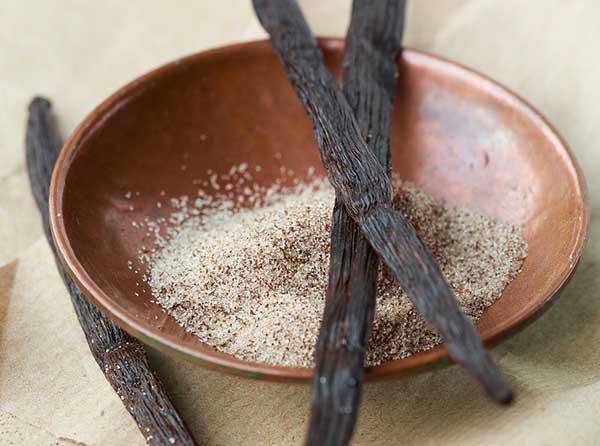 However, if you don’t have vanilla extract in your pantry, don’t panic because we’ve got you covered.

Did you know that you might have other ingredients in your store cupboard that will work just as well? Although, people new to baking might be wondering, what are the best substitutes for vanilla extract?

Let’s break it down.

8 substitutes that can be used for vanilla extract 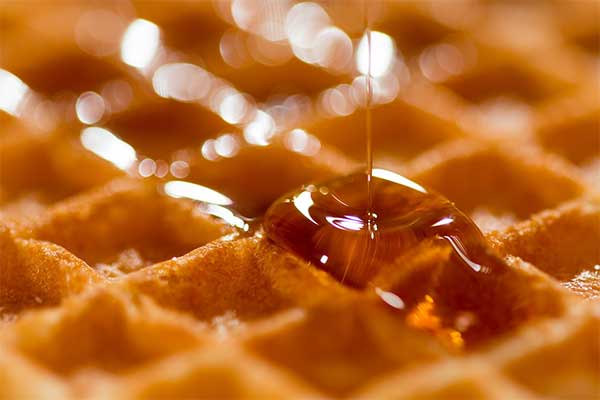 Maple syrup is a common household ingredient and is also an excellent substitute for vanilla extract.

Maple syrup is a syrup typically made from the xylem sap of sugar maple, red maple, or black maple trees, however, it can also be made from other maple species.

If you’re a big fan of pancakes for breakfast or brunch, you’re bound to have this ingredient at your disposal!

While you’re preparing the recipe, you’ll want to make sure that you use slightly less sugar than the recipe recommends, as maple syrup is incredibly sweet in flavor.

Vanilla essence is a manufactured liquid that tastes similar to vanilla but contains little or no real vanillin.

Imitation vanilla is typically derived from crude oil. Both naturally derived essences and synthetic flavors generally require additional additives, such as artificial coloring, sweeteners, and preservatives to make them look similar, smell similar and enable them to be used as real vanilla.

The result of these synthetic creations is usually thinner, lighter in color, and a less complex flavor profile than real vanilla extract will provide.

Generally speaking, vanilla extract has a much stronger flavor than vanilla essence, but that doesn’t mean it won’t help you achieve the same flavor.

If the recipe recommends one teaspoon of extract, you should double it with two teaspoons of vanilla essence as a suitable substitute for the same flavor profile!

Almond is also an excellent substitute for vanilla extract that you can use.

Almond extract is significantly more potent than vanilla and has a strong pure, sweet flavor that goes very well with vanilla, cherry, chocolate, and coffee flavors.

However, it will provide a similar flavor profile to vanilla extract if you use it sparingly, so be sure to not overdo it!

If you use too much almond extract you could risk making your bake on the bitter side, so use half the amount of vanilla extract required for the recipe.

If the recipe calls for a teaspoon of vanilla extract, use a half tablespoon of almond extract.

Since extracts generally use alcohol as carriers for the aroma, the high heat of the baking process evaporates the majority of the alcohol, as well as the bitter flavor along with it.

Vanilla powder, on the other hand, not only holds its own under the high heat of the oven but also lends so much flavor to any recipe that you’re baking.

A great benefit of using vanilla powder is that it doesn’t add any additional liquid to a recipe, which can occasionally alter a carefully balanced ratio for the worse.

After all, baking is a science! You need the measurements to be just right to ensure the perfect bake, which vanilla powder can help you with.

If you’re big coffee drinkers in your house, it is likely that you have an array of coffee syrups, of which vanilla syrup can act as a substitute for vanilla extract.

If you don’t have any vanilla syrup in your pantry to hand, you can make your own recipe easily enough.

To prepare the syrup, split a vanilla pod down the middle and remove the inside, being careful to scrape all of it out. You won’t want to waste any of the delicious flavor!

Secondly, you’ll want to make a syrup of water and sugar in a pan. This can be done by eye, or alternatively, you can look up a sugar syrup recipe if you require one (a simple rule of thumb for a recipe is two parts sugar, one part water).

Add the pod along with the inside of the vanilla pod to the syrup and simmer for around 15 to 20 minutes.

What you will be left with is a syrup that you can use for a bunch of different recipes, but most importantly, you can use this syrup as a substitute for vanilla extract! 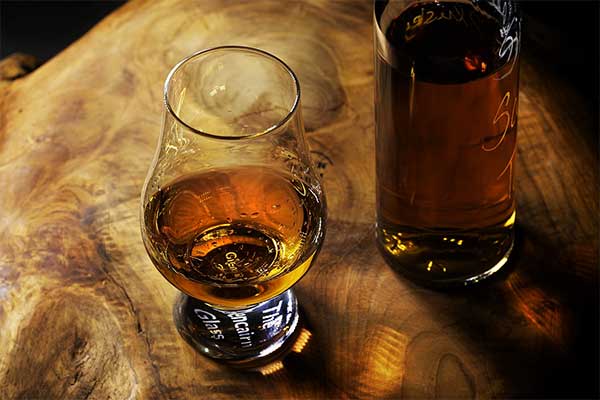 A lot of people aren’t aware of this, but there is actually alcohol in vanilla extract!

Most commonly vodka is used to make the extract, with vanilla beans being soaked in ethanol to extract its enticing flavor and aroma that we all know and love to put in our recipes.

Swapping in the same amount of a flavorful spirit such as brandy, bourbon, or rum makes a brilliant alternative to vanilla extract.

As long as your recipe is baked, the alcohol content will cook out leaving you with all of the delicious flavors without that bitter taste of ethanol that you don’t want.

What’s not to love about this boozy alternative?

In the same breath as the last substitute, vanilla liqueur is a great alternative to vanilla extract if you don’t mind the alcohol content.

Vanilla liqueur is often used in a lot of popular cocktails, such as a vanilla martini, so you might already have some in the house if you’re into your cocktails!

When using it in your recipe, simply substitute a teaspoon of vanilla extract with two teaspoons of liqueur and the alcohol will cook off in the oven as your recipe bakes. 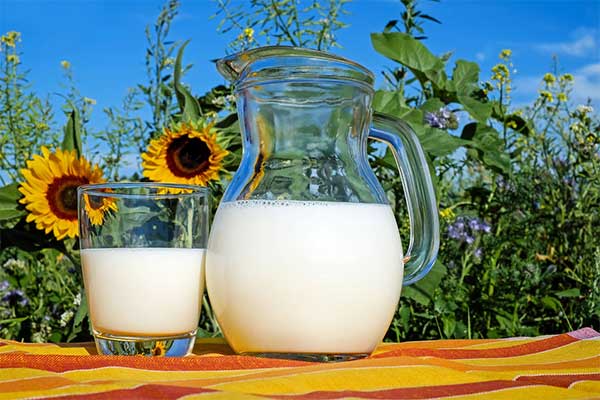 Vanilla flavored milk is also a great substitute for vanilla extract in baking. Simply use an equal amount of vanilla-flavored soy or almond milk to replace vanilla extract.

However, you must keep in mind that their flavor will not be as strong as the extract, and should be used accordingly.

If you haven’t got any store-bought vanilla milk, but do have a vanilla pod, you could try making your own at home.

To make homemade vanilla-flavored milk simply split a vanilla bean and remove the inside part. Place the milk of your choice in a pan, adding the pod along with the inside part that you have scraped out, and simmer for 15 to 20 minutes.

This vanilla-flavored milk made with soy or almond milk is an excellent dairy alternative and can be used in a variety of recipes, and is delicious to drink in coffee!

Can you skip vanilla extract in a recipe?

Yes, provided that the vanilla extract isn’t a main ingredient, if you don’t have a suitable substitute for vanilla extract then you can opt to leave it out and continue on with the recipe as usual. Generally speaking, this shouldn’t alter the taste too much and your recipe will still be delicious.

Although vanilla extract is often not necessarily essential in terms of the structure of a baking recipe, it does enhance the flavor in a lot of different sweet recipes, including cakes, cookies, and cheesecakes. Without it, you might find that the fundamental components are there, but that there is something missing that you’ll be able to identify quite easily.

How important is vanilla extract in a recipe?

This will entirely depend on the recipe itself. If it’s a cake recipe with many other ingredients, then it may not matter as much if it was a cookie recipe with only a few ingredients. While the answer does depend on whether the vanilla extract is a star ingredient or not, you can bet that your bake will taste better with vanilla extract rather than without it if the recipe calls for it.

However, that being said the role of vanilla in sweet baked goods is similar to the role of salt in savory recipes, as it enhances all the other flavors in the recipe and makes everything taste all the more delicious. You could find that recipes made without vanilla extract, such as cookies and cakes tend to taste flat and bland as the vanilla isn’t in there to elevate the other ingredients.

Can I use milk instead of vanilla extract?

There are many substitutes for vanilla extract out there, and vanilla flavored milk is a good one to know about if you’re in a bind. If you’re plant-based, then you will likely already know that there are a tonne of different plant-based milks on the market, such as soy and almond milk, that are vanilla flavored. You can use any milk that you desire provided that it is vanilla flavored.

Next time you find yourself without an ingredient for a recipe, always make sure to look up substitutes that can be used. There is likely an alternative that can achieve the same flavor profile!

That being said, experiment and have fun with it, and choose the substitute according to the recipe that you’re preparing as it is not always a one size fits all type of situation. 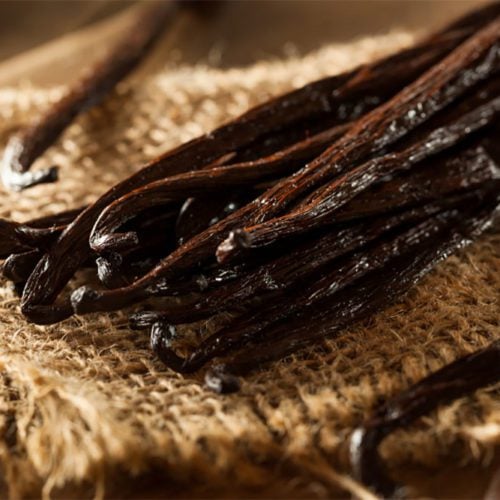 These options are sure to be a hit. So, gather your family and friends and enjoy. Let us know your thoughts!
4.86 from 7 votes
Print Recipe Pin Recipe
Total Time 9 mins
Course Substitute
Cuisine American
Servings 4
Calories 166 kcal

Calories: 166kcal
Keyword vanilla extract substitute
Tried this recipe?Let us know how it was!