Whisky of any kind is a delicious treat for the senses (of people over 21 of course…).

Whether you drink it on the rocks, blended in your favorite whisky cocktail, or with your mixer of choice, there is no denying how wonderful that delectable, distinctive flavor is.

As great as it tastes, there are many different types of whiskies, and believe it or not, they don’t all taste the same. Now, to a newbie whisky drinker, the differences between them all may not be that obvious.

However, to a long time whisky enthusiast, you can likely tell the difference between a scotch and a bourbon just by smelling it.

Luckily for you, if you still have a little trouble distinguishing between the different types, we may just have the answer.

In this article, we are going to be discussing the differences between single malt whisky and blended scotch whisky. You may have heard both of these terms plenty of times, but do you really know what they mean?

Do you know what makes them different? If the answer is no, then keep on reading. 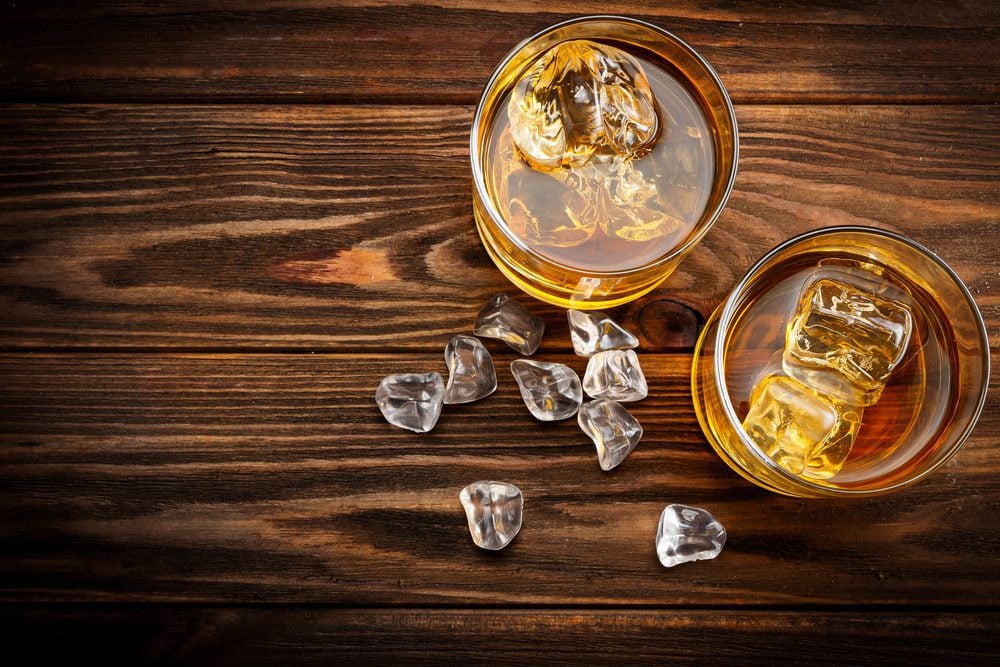 Single malt whisky is made from malted barley, water, and yeast. Single malt can refer to Scotch whisky, but can also be referring to a number of other whiskies made around the world.

It is most likely to be said in reference to Scottish Scotch whisky, though. Single malt, in basic terms, refers to the fact that it has been distilled in just one distillery.

The specifications for a single malt Scotch whisky are very strict. In order to be classed as a single malt whisky under the Scotch branch, the whisky must be made from malted barley alone, it must be distilled in pot stills in one single distillery, and it must be aged for three years at a minimum in oak casks, ensuring the capacity is not exceeding 180 US gallons.

In other parts of the world, as we now know, single malt whiskies do exist, but they are not classed as a type of Scotch.

Any whisky that has been distilled in just one distillery that contains malted barley (or rye in the States), can be called a single malt whisky.

Blended whisky is, as the name suggests, a mixture of two different whiskies - grain and single malt. Grain whisky is made from corn, wheat, or a mixture of both.

Both blended and single malt whiskies are mixed together, and they must then be left to age for three years or more in oak barrels (also known as casks).

The important aspect of a blended Scotch is the grain whisky. This is what differentiates it from the blended malt whisky, which is a blend of different single malts together.

Grain whisky brings out secondary flavors from the single malt it is paired with. Many people who dislike blended scotch whisky may say that this is merely a dilution of single malt.

However, this is not true, because the addition of the grain whisky creates a more well-rounded flavor, allowing you to taste notes of the single malt you may not have before.

To see how exactly single malt and blended scotch whisky differ, we should look in more detail at the process used when making them both.

The steps needed to be taken in order to create a single malt whisky are very particular and must be followed exactly.

The making of malt and grain whisky is very similar, but the distillation process is different.

First, we will look at the steps taken to make a single malt whisky, and then at the end will we look in more detail at the different distillation processes.

As we have already mentioned, single malt whisky must only be distilled once in order to earn that title.

The rules are even more strict if you are making Scotch, as we mentioned earlier. For Scotch, the process set out below is followed, but with some additional rules that must be met, too.

These steps and terms, whilst helpful for understanding the process behind all whisky, relates mostly to single malt whisky.

Single malt whisky follows the above steps exactly and only gets distilled once. However, for normal malt whisky and grain whisky, the distillation process differs slightly, whilst the other steps remain largely the same.

We will be exploring this in more detail below.

Now that we have the terms and the steps cleared up, we can start to look at a more detailed distillation process for both malt and blended scotch whisky.

Knowing the steps to make a single malt whisky is helpful, but we also need to understand how the distillation process differs for the others. 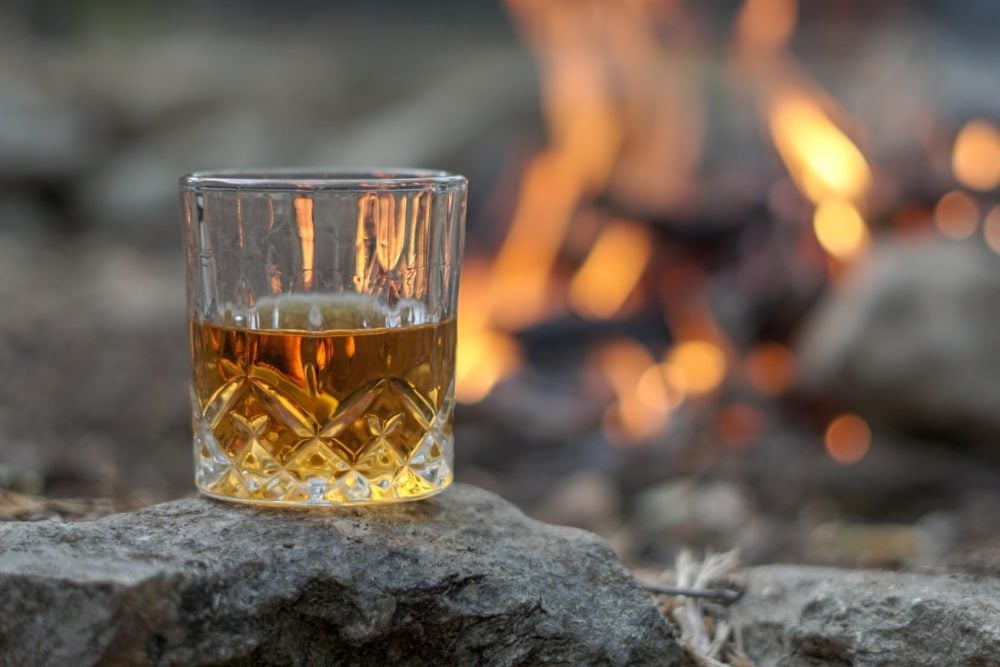 Malt Whisky: A detailed exploration of the process

When a whisky is ready for the distillation process, it is typically called ‘The Wash’. Malt whisky Washes get distilled twice - unless, of course, they are single malts, then they only get distilled once.

The first time is where the substance gets put into a ‘wash still’ and gets heated to boiling point. From this, the evaporation from ‘The Wash’ travels to the top of the still.

It then goes into a condenser whether it is turned into its liquid state. This liquid is now an alcohol. As a percentage, it is around 20%, which is what is known as a low wine.

Of course, we ideally want the alcohol percentage to be higher than this. This is where the second distillation process comes in.

This second distillation process also occurs in a still. This time though it is the ‘spirit still’. Distillation here is divided into three parts or cuts.

Only the middle cut is used for the whisky. The remaining two cuts are then redistilled because they are deemed substandard.

This malt whisky is now 60 to 70% alcohol. It gets diluted and then placed into casks to mature.

The casks used are ones that were often used in another alcohol distilling process such as that of sherry, bourbon, and rum. This is because these flavors enhance the flavor of the whisky.

Grain Whisky: A detailed exploration of the process

The distillation of grain whisky is a little different from that of single malt. It is distilled in ‘column stills’. These stills usually consist of two columns.

One of these columns is the analyzer and the other is the rectifier. The analyzer column washes the liquid whisky with steam. The rectifier then carries the alcohol inside it until it condenses to the required alcohol strength.

Grain whisky needs just one distillation to achieve the desired content, unlike the normal malt that we talked about above which needs two.

The distillation process used in grain whiskey is that of continuous fractional distillation. This means that the mixture gets separated into fractions which are then heated and later evaporate. This grain whisky can then be mixed with a single malt whisky to create a blended scotch whisky.

These are a little harder to come by these days, with people preferring a single malt.

However, we believe there is a lot of good to be found in a delicious blended scotch, and the addition of the grain whisky really brings out the flavors of a single malt whisky.

Blended scotch whisky, on the other hand, contains a blend of both single malt scotch and grain whisky. The grain whisky is the key component as it offers a slightly different taste to the single malt.

Together they create a more full-bodied flavor, with the grain whisky bringing out flavors of the scotch that may not have been identified otherwise.

Single malt whisky, especially that of the Scotch kind, is made in a very particular way. In fact, in order for it to be classified as ‘Scotch’, it must be made in Scotland, following the very detailed steps we set out above.

Of course, as you know by now after reading our article, single malt whiskies can be made in other countries, in fact, they are often made in the United States using rye instead of barley. However, the term Scotch is reserved for those very particular Scottish whiskies only.

One thing is for sure, all of this talk of whisky has gotten us (and probably you) very thirsty! Both single malt and blended scotch make for an excellent drink, and whilst they can certainly be enjoyed with a mixer or in a cocktail, we think the best way to enjoy them (as with any whisky) is neat, in a short glass, and on the rocks - this means over ice for those of you who are not in the know!

We hope that you have enjoyed our article and that you are now confident that you know the difference between single malt and blended scotch whisky!