Sherry is wine fortified with brandy, and can be made dry or very sweet, with a host of different flavors and notes, from nuts and figs to citrus and melon.

The drink originated in the Spanish city of Jerez de la Frontera, and the most authentic sherries acquire their complex flavor from aging in a series of partially-filled casks that allow the wine to make contact with the air, therefore intensifying the flavors.

The Solera process is when winemakers add younger wines and rotate the contents of the barrels from newer to older, and this also determines when the sherry gets bottled.

The final step in the process is adding brandy, and this often gives the sherry a stronger taste and higher alcohol content.

Amontillado and Palo Cortado sherries are older and more oxidized, they also use more brandy, which gives them an earthy, tawny taste and increases their alcohol content. 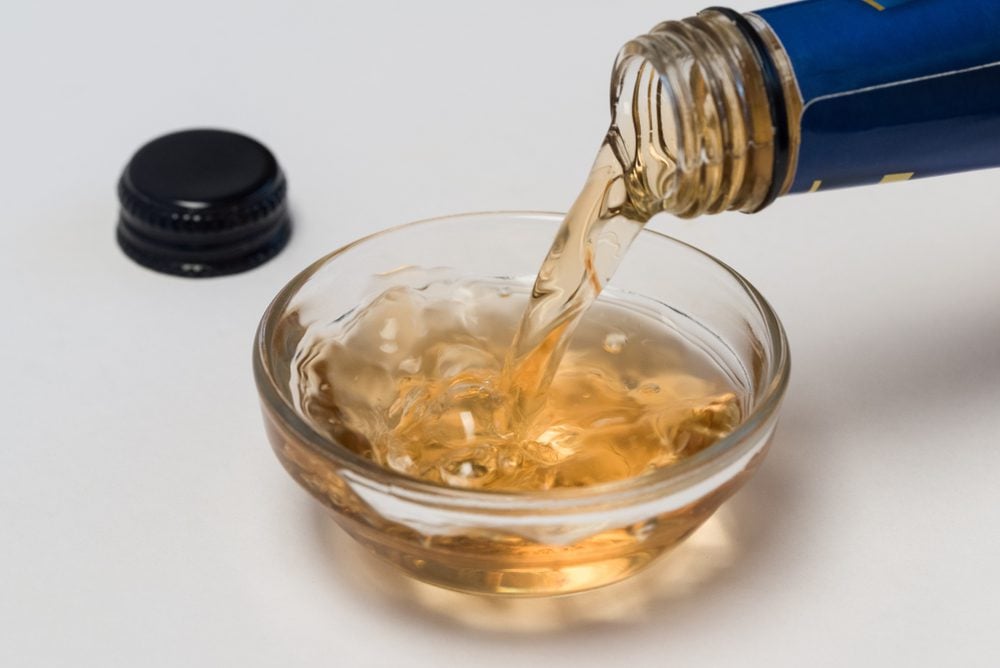 While sherry makes a great drink in its own right, cooking sherry is a versatile cooking ingredient that can be added to dishes to enhance flavors and add a touch of sweetness or nuttiness.

Cooking sherry is a grape wine fortified with brandy, just like regular sherry.

The difference between the two is that cooking sherry has salt, potassium metabisulfite, and potassium sorbate added to it to preserve the taste and extend the shelf life.

In this article, we’re going to be looking at the best cooking sherries available online, and we’ve also added a handy Buyer’s Guide so you know exactly what to look out for.

If you want a premium standard, authentic sherry, this Columela Sherry Vinegar is produced in Jerez, Spain, and has been steadily aged for 30 years in American Oak casks.

This long, slow aging process allows the sherry to yield a deep color and a nutty and richly aromatic flavor that can be used to enhance soups, stews, sauces, casseroles, and dressings.

This is a little on the expensive side, but a little does go a very long way, so it’ll last you a long time.

We also loved the vintage style bottle this product comes in, and the easy-pour spout which means you don’t lose any liquid when you pour.

If you’re looking for an authentic tasting cooking sherry, this sherry vinegar is produced from Spanish Palomino grapes that are pressed into fortified wine and then aged to perfection in a series of white oak casks.

This sherry vinegar is sharp and bright with a subtle hint of sweet fruit, and it’s perfect as a salad dressing, added to pan sauces, or drizzled over a piece of flaky fish.

Napa Valley prides itself on quality, using ingredients from the world’s finest orchards and fields, and this is evident in the elegant wine bottle this product comes in. 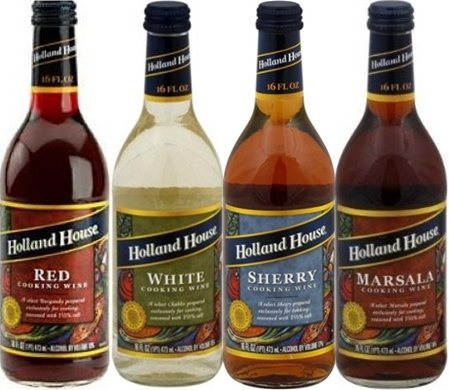 This multipack is great for trying out new flavors and recipes.

In particular, their sherry has a light golden color and a sweet aroma. This mild dry sherry offers hints of nuts and caramel and is great for adding depth to a variety of dishes.

It pairs perfectly with deserts to balance out sweetness or is great sauteed with succulent mushrooms or brussels sprouts.

Reese’s Cooking Sherry wine is one of the highest-rated cooking sherries online and is great for adding a subtle sweetness to a range of dishes, from stews to casseroles to roast meat.

This sherry has a smooth texture and is not too overbearing, so it’s a good option if you want a versatile sherry that can be used in a range of dishes.

All of the ingredients are natural, and made in the United States.

This light, well-balanced sherry is preserved with salt, malic acid, potassium sorbate, and sodium metabisulfite to ensure it has a long shelf-life, so it’s great if you’ll only be using it occasionally.

Cooking sherry is usually made with a cheaper wine than drinking sherry, which is why some can taste quite acidic. They’ll still offer certain flavors and notes to your dishes though.

Decide whether you want a mild cooking sherry such as Reese's Sherry Cooking Wine, a nutty one like Holland House's, or a rich and complex sherry vinegar such as Columela's 30 Year Aged Sherry.

Sherry can range from a light golden hue to a dark whiskey color or even a bright red. This depends on the aging process, and the longer the sherry has aged, the darker its color will be.

So the color of the sherry depends more on how you want it to taste, for a richer, more complex flavor look for a dark sherry, whereas for a more mild taste, go for a lighter colored one.

How much you want to spend on a cooking wine is entirely up to you, but the good news is that there’s a range of different cooking sherries out there so you can choose one that best fits your budget.

Sherry will be priced in terms of the quality of the ingredients and also the aging process, so darker sherries that have been aged for a long time are going to be more expensive, and are likely to have a more sophisticated and rich taste, too.

There are many famous cooking wine brands out there, and some of the most popular are Holland House and Reese, who have been making cooking wines for years.

These brands also offer a more affordable price point. That said, there are also some authentic Spanish brands available on the market, and these provide a richer and more luxurious taste, so it depends on the type of sherry you’re looking for, and the dishes you intend to use it in.

Tips for cooking with Sherry

What to pair your cooking sherry with

Mushrooms and sherry are frequently paired together in sherry’s native Spain.

Simply add chopped red onion or shallots to a pan of heated olive oil until translucent, then add the mushrooms and fry until soft.

This is perfect for your next Thanksgiving feast: simply collect the drippings after you’ve cooked the turkey, straining out any solid bits, then heat it in a pan, adding onion, carrots, celery, and herbs.

Whisk in flour to thicken the gravy, then add turkey stock and cooking sherry and simmer for ten minutes. Take out the solid vegetables before pouring.

For a sweet and spicy flavoring, rub the roast with chili powder and brown sugar, then, after roasting, add cooking sherry, Worcestershire sauce, and chicken broth.

Cook on low for six to eight hours.

Sherry is the perfect substitute for soy sauce, and by cutting down your soy sauce and adding cooking sherry you can sweeten things up.

Make a delicious marinade from cooking sherry, minced garlic, soy sauce, sesame oil, and sugar, and allow your chicken pieces to sit in this for half an hour.

Then heat vegetable oil in a pan and stir-fry broccoli florets with ginger and garlic.

Is drinking cooking sherry bad for you?

The simple answer is yes, as cooking sherry isn’t intended for drinking.

It’s high in sodium and has a similar alcohol content to wine (12-17%), and drinking it can cause health issues like alcohol poisoning, heart disease, and stroke.

Due to its high salt content, cooking sherry doesn’t have a pleasant taste and you should avoid drinking it.

On the other hand, it won’t harm you if you use it in moderation when cooking, but it’s a good idea to reduce the amount of salt you add to a dish when using cooking sherry, as you may find that you don’t need any extra salt at all.

Are sherry vinegar and cooking sherry the same thing?

Cooking sherry and sherry vinegar are derived from the same fortified wine but can be used in different ways.

Cooking sherry is a wine comparable to Madeira or Marsala, while sherry vinegar is a fermented wine with that acidic taste of vinegar, making it an ideal substitute for balsamic vinegar or use in salad dressings.

How long will cooking sherry last?

Cooking sherry is an enriched wine and has added sodium to increase its shelf life.

However, once opened, the flavor will still quickly dissipate, and usually, the better the wine, the quicker you need to use it.

That said, cooking wines are made to last you a while, so an unopened bottle of sherry stored in a dark, cool place should stay fresh for 12 months.

Once you’ve opened your bottle, be sure to cork the bottle tightly and store it in the refrigerator for one to three weeks, but no longer than a month.

Generally, you should store cooking sherry in a dry, cool pantry out of direct sunlight and use it before the "best used by" date on the bottle, typically within a few months.

The Ultimate Guide to the Best Cooking Sherry

These options are sure to be a hit. So, gather your family and friends and enjoy. Let us know your thoughts!
5 from 2 votes
Print Recipe Pin Recipe