Is there anything better than the delicious taste of gooey, homemade brownies? If you’re in a bind without any vegetable oil to make your favorite brownie recipe (or any other recipe that requires vegetable oil), it isn’t the end of the world!

Where did brownies originate? It seems like they’ve been around forever, but food historians believe that brownies first came into being in the early 1900s, right here in the United States. A lady named Fanny Farmer adapted a recipe for chocolate cookies to create a bar-like cookie that she baked in a pan shaped like a rectangle.

Here’s an interesting point, too. Why are brownies considered to be cookies instead of cake? After all, they look more like cake, don’t they? The reason is that brownies are eaten with the fingers (finger good), just as cookies are. On the other hand, cake is eaten with a fork.

Brownies are an incredibly versatile dessert, especially when it comes to the ingredients that go into making them.

In fact, there are many other methods and ingredients you can use to achieve just as yummy homemade brownies without vegetable oil. 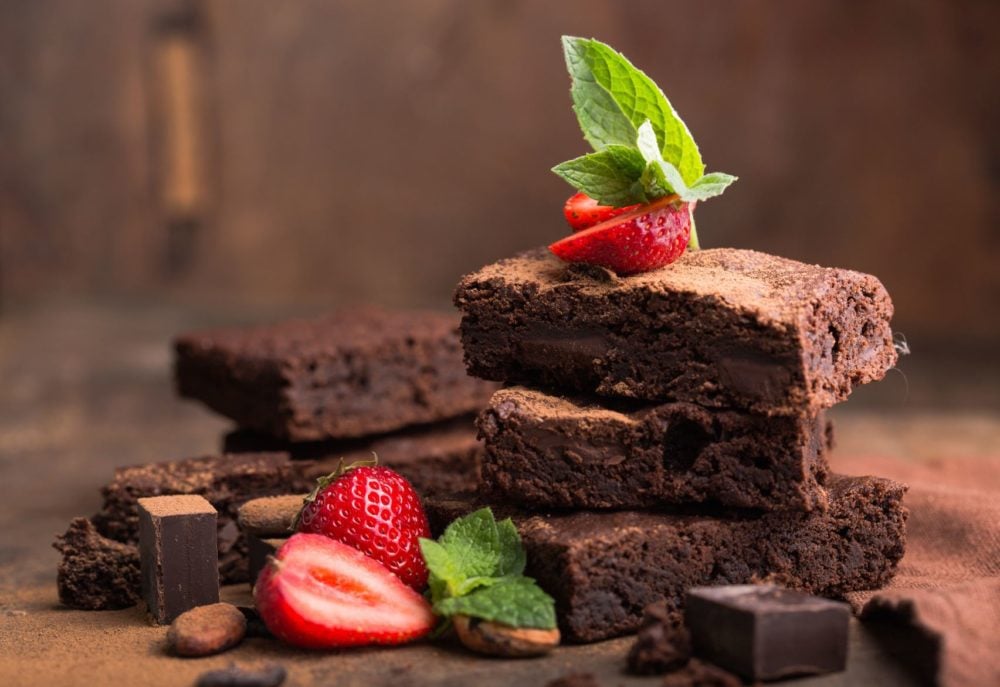 However, people new to baking might be interested to know, what vegetable oil substitutes are there for brownies?

In this article, we break down 7 excellent vegetable oil substitutes for brownies so that next time you find yourself in a bind, you don’t have to sacrifice the taste or flavor of your favorite brownie recipe!

Check the following substitutes that we’ve come up with below.

A common alternative for vegetable oil in a brownie recipe is butter or melted margarine.

When it comes to baking brownies, both butter and oil will result in a moist, tender texture, but only butter will give the dish the aeration needed for rising brownies well.

If you use a cake brownie, butter is generally considered a better option because it helps the brownie batter to rise!

However, which alternative you use will also depend on the type of brownies that you are aiming to bake. For denser, fudge type brownies, oil is generally better.

Use the same quantity of butter as the amount of vegetable oil needed in the recipe but ensure that you bake the brownies two minutes longer than usual in order to maintain the same flavor and texture.

Canola oil is an excellent substitute for vegetable oil when it comes to baking your favorite brownie recipe.

Both vegetable and canola oils are neutral in flavor, unlike olive and nut oils, which have distinct flavors that can overpower your recipe or leave an odd taste in your mouth.

Canola oil, derived from the rapeseed plant, is advertised to actually improve your heart health, as it’s rich in omega-3 fat.

In truth, canola oil does have less saturated fat than vegetable oil, however, the majority of canola oil is derived from genetically modified plants.

If you’re looking for a replacement for olive oil that you’re likely to already have in the house, a great substitute in a brownie recipe is olive oil.

For the best results when baking brownies, we recommend that you use a light or extra light olive oil as they are highly refined and have more of a neutral flavor, meaning that light olive oil is less likely to affect the taste as well as the texture of your brownies.

You should always avoid using olive oil that tastes strongly, as it will offset the balance of flavors you work so hard to create when it comes to baking!

It is also worth noting that you should use the same concentration of olive oil as the amount of vegetable oil.

Applesauce is also something you may have in your pantry and is a great alternative to vegetable oil in brownie recipes.

Applesauce is not only a delicious condiment, but can also be used as a replacement as the moistening agent in cakes, muffins, cookies, and of course, brownies.

When it comes to making your brownies, use three-quarters of a cup for one cup ratio and slightly reduce the amount of sugar that you use, too.

We recommend that you do this because the apple sauce is likely to provide some sweetness from the sugars it contains, so you don’t want to overdo an already sweet recipe!

Yogurt is a great breakfast food but did you also know it makes an excellent alternative for a thick, creamy brownie batter? Yogurt is an excellent source of calcium, protein, and probiotics.

There are multiple health benefits to regularly consuming yogurt, too, as it is associated with better immune system function, weight management, and reduced inflammation.

Not only is yogurt is an awesome dairy product that you’re likely to have in your fridge, but it also makes for a perfect substitute for brownies.

That being said, you should always use plain yogurt as opposed to flavored yogurt, as you don’t want any additional flavors to interfere with the chocolatey goodness!

If you’re looking for a healthy alternative to vegetable oil, avocado oil is a great substitute when it comes to baking brownies.

Avocado oil is unrefined, high in healthy fat, vitamin E, and it has a higher smoke point, which means it also works well when it comes to frying different ingredients, too.

Avocado oil is also much more subtle in flavor in comparison to the nut oils you tend to find such as peanut and hazelnut oil, so you won’t be able to notice the swap in your brownie batter as much.

However, unfortunately, it does generally tend to be more expensive than vegetable oil and is seen as pricier because it is produced in smaller amounts and is generally harder to find.

If you don’t have any vegetable oil in the house, maybe you have sunflower oil? Sunflower oil is a major ingredient in most vegetable oils so it makes a suitable, flavorless substitute in any brownie recipe.

However, you’ll want to use it with caution as sunflower oil has a stronger flavor than vegetable oil, so it should generally be used sparingly.

When it comes to making brownies, don’t be afraid to experiment with different vegetable oil substitutes.

With a wide variety of alternatives out there, there are bound to be different cooking methods and recipes that you can master.

You never know, you might find an alternative that actually works better for you and becomes a new favorite!

Another substitute for vegetable oil is coconut oil, safflower oil, grapeseed oil, and soybean oil. Fruit puree can work in a pinch in your baking recipe too.

Can I use olive oil instead of vegetable oil for brownies?

Yes, technically you can use olive oil instead of vegetable oil for brownies. They are both kinds of liquid fats and will serve similar purposes when they are baked.

Commonly, recipes call for vegetable oil as it is much cheaper and is a more neutral-flavored oil. You can substitute olive oil in a 1:1 ratio for the vegetable oil stated in the recipe.

If you are substituting olive oil for vegetable oil, you should choose an extra light or light version. These have a less intense flavor due to the refining process that they have undergone. Do not use heavily flavored or extra virgin olive oil as this will completely ruin the taste of your brownies.

If you do decide to use olive oil, we recommend using a high-quality version. Cheaper olive oils often taste and smell a lot stronger than the more expensive ones.

This can cause your brownies to have a strange smell and aftertaste. Vegetable oil is often preferred as it tastes neutral and is considerably cheaper.

What happens if you make brownies without vegetable oil?

Vegetable oil is the fat source in your brownies. This helps to make the batter a liquid and ensures the finished product is rich and indulgent.

Without the oil then there will be nothing to bind the dry ingredients together and you will end up with a crumbly mess.

Vegetable oil differs from butter in that butter has a much higher water content. This is useful in baked goods such as cakes where you want them to rise and have an open structure.

Brownies tend to be gooier and denser, meaning that less water is needed in the batter. This is why brownie recipes will tend to call for oil as the fat source. 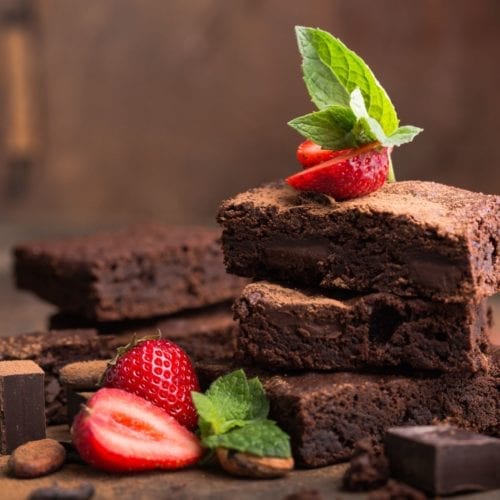 7 Best Vegetable Oil Substitutes For Brownies and Other Recipes

These options are sure to be a hit. So, gather your family and friends and enjoy. Let us know your thoughts!
4.84 from 6 votes
Print Recipe Pin Recipe
Total Time 9 mins
Course Substitute
Cuisine American
Servings 4
Calories 125 kcal

Calories: 125kcal
Keyword vegetable oil substitute for brownies
Tried this recipe?Let us know how it was!