A margarita is an alcoholic Mexican beverage. It consists of tequila, orange liqueur, and lime juice.

The ingredients for a single classic margarita recipe are:

Everyone knows about Tequila and Lime juice, but what is Triple Sec, and which is the absolute best for Margaritas?

If you want to get your drink on at home, it’s worthwhile knowing how to make your own cocktails, so you want to know what the best ingredients are to put in your drinks.

A margarita can be a wonderful and delicious drink, so make sure you choose the best triple sec for your tastes. 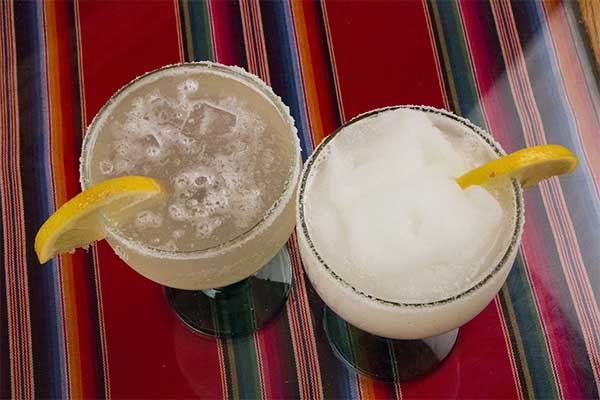 What is Triple Sec?

You aren’t alone in this, unlike spirits and common alcoholic beverage ingredients, Triple Sec is a bit of a wonderful mystery to everyone who doesn’t work behind a bar or make cocktails on the regular at home.

Simply, Triple Sec is a style of Orange Liqueur. The French word ‘sec’ when translated, basically means ‘ to dry’. So in the case of Triple Sec, it is thought to be according to the fact that orange liqueur is triply distilled when it is made.

The first Triple Sec was created in France in 1834. The makers of the liqueur worked from their own kitchen with a dream of making a liqueur with perfect flavor balance.

This liqueur is made from bitter and sweet dried orange peels that help to give it it’s zingy citrus taste. While it can be consumed straight, on the rocks, most people will drink Triple Sec in a cocktail, such as a margarita. It is also often put into drinks such as; a Long Island Iced Tea, Kamikaze, and a Sidecar.

When making a Margarita at home, sometimes you can face the difficult decision of using Triple Sec or Cointreau. And, it’s hard to really know what the difference is, because, there really is not that much of a difference.

Triple Sec is made from the skins of oranges, and usually holds up an alcohol percentage of 15%- 30%. This is best for when you want more of a slight alcoholic taste and more of a citrus-based taste in your Margarita.

Meanwhile, Cointreau is made from the sweet and bitter skins of oranges but holds up its alcoholic percentages at 40%.

Whether you use Triple Sec or Cointreau, primarily depends on how alcoholic you want your drink to taste.

While we know that Triple Sec is an orange-flavored liqueur, that is triple distilled in the manufacturing process and falls under many different brand names, Cointreau is also different here.

Cointreau is a brand and they have not released their manufacturing process to the public, so there is no proof that it is triple distilled like Triple Sec is.

Both Triple Sec and Cointreau are used in many cocktails and both are orange flavored. Though, Cointreau is often more expensive, possibly due to its higher alcohol content.

So whether you use Triple Sec or Cointreau in your Margarita is all up to you and whether or not you want to have a more alcoholic taste, and of course, if you are willing to pay that little bit extra to have that.

How to Make a Margarita

Choosing your Triple sec is just one part of how to make a Margarita, so let’s take five minutes and have a quick look at how to make this scrumptious beverage.

To mix your drink, shake it up in a mixer with some cracked ice until your mixer gets a bit frosty and then pour, you can use salt to line the glass and if you are feeling extra classy, a slice of lime doesn’t hurt.

What is the best Triple Sec for a Margarita?

We’ve learned what Triple Sec is, how it differs from Cointreau, and how to make a Margarita with your Triple Sec.

But which one is the best and how do they all compare? Let’s take a quick look at some of the most popular Triple Sec’s for Margaritas.

Some of the favorite Triple Sec Liqueurs are;

We’ve had a little further look into each of these, so we all know which Triple Sec is our Margarita match. 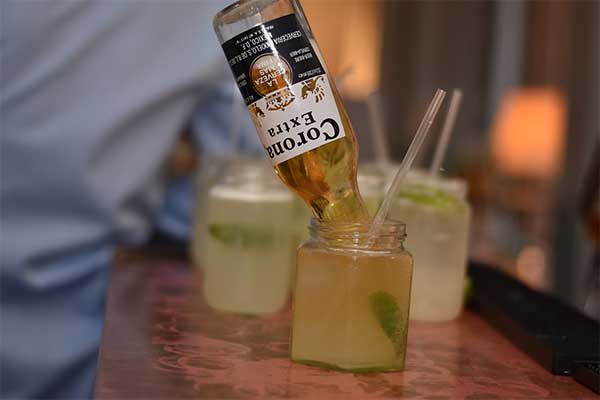 Combier Triple Sec is the infamous first made we talked about earlier. As the first ever Triple Sec it is still rated really highly today.

It has a scrumptious zesty orange aftertaste as well, great for your Margarita or straight on the rocks.

Bols is on the sweet side of the flavor spectrum, it provides a mouthwatering intense flavor of curacao orange.

It also lacks flavor distractions unlike other brands, such as Cointreau may do. It tastes clean and lacks distractions due to a taste untainted by artificial flavors.

Giffard is perhaps a less well known brand. But none the less, its taste is clean and balanced, it has a zesty orange taste with a hint of grapefruit, for that extra zing. It also has a unique icing sugar aftertaste, for those with a sweet tooth.

It, much like Cointreau, is made from both sweet and bitter distillates of orange.

Mr.Stacks has to be an American favorite, despite it not being an easy find. Its rarity is probably the only flaw of this delicious beverage.

It is unlikely you will find it in your local Walmart, but there is a chance your local liquor store may carry it. This Triple Sec is made and distributed in the USA, a somewhat American special. Usually sold in 750ml bottles, it carries a sweet citrus flavor.

This Triple Sec is a bit easier to find that Mr.Stacks, but is still not quite as common as others like Cointreau or Combier. Nonetheless it has a strong and elegant flavor of orange and orange peel.

It is a French made Triple Sec, much like Combier and many others. Its flavor is subtle enough to be delicious but not so strong that it will knock your Margarita tastes out of balance.

The well-known Cointreau. Though not always considered a Triple Sec, the concept of this beverage is the same. It is a strong drink and it known for its high alcohol content in comparison to many other Triple Sec’s.

Cointreau is in fact highly recommended for Margarita’s. It uses both sweet and bitter orange peels with sugar and beet alcohol.

It does though, have a few flaws, as it is a dark and strong liqueur, its alcohol percentage may throw your drink off and the color being so dark, may change the color of your drink.

If you like something a little different, with little to no alcohol, this Triple Sec is the one for you. Finest Call Premium Triple Sec is non-alcoholic. It retains all the qualities of Triple Sec, minus the booziness.

It is infact a syrup and due to its non-alcoholic content, it is very easy to source and even comes with an easy-pour spout for convenience.

The main issues with this Triple Sec, is that due to no alcoholic content, it may throw off the taste of your drink by changing the ratios. The flavor is also rather more bland than the alcoholic alternatives.

DeKuyper, you have probably seen this name a few times, if you look behind the bar at your local watering hole or have been checking out Triple Sec’s in the shelves of your local store. It is the most common used Triple Sec for mixers and cocktails.

It is also extremely easy to find and is one of the most budget friendly- probably due to its vast popularity! This brand has also been around for around 300 years, coming in close behind Combier. Due to its popularity and easy access though, it has no special qualities.

Vita Divine, sits somewhere between the most common Triple Secs like DeKuyper and the rarer editions such as Mr. Stacks.

It is a well made beverage with a similar price range to DeKuyper, but like Mr. Stacks it is also USA made.

It is also one of the sweetest Triple Secs. But it may be too sweet for some, although perfect for those with a sweet tooth.

There are many many Triple Sec’s available out there. These are just a few of the favorites out there, with the zingiest flavors, and grandest popularity in Margaritas. Don’t forget though, the Triple Sec you use, is your own decision.

Triple Sec is a fantastic necessary in many mixed drinks and cocktails, its sweetness takes away from the savage bite of high content alcohols, it can be mixed with almost any spirit and still taste fantastic.

It works so well in Margaritas because of the citrus flavors, it pairs well with the citrus tang of lime juice. It also takes away some of the savage harshness of Tequila.

The mixture that makes up a Margarita is no surprise, think of all those days doing challenges at the local bar. A tequila shot taken with a slice of lime and pinch of salt.

A Margarita is basically this alcoholic dare placed into a delicious cocktail and mixed with the citrusy sweetness of Triple Sec. Triple sec turns this tradition from a drinking dare into a mouth-watering alcoholic bliss.

You can also use simple syrup or agave nectar in your margarita mix or skinny margarita mix. Blanco Tequila is my favorite.

Our favorite Triple Sec is definitely Combier, sticking with the traditional Triple Sec that started it all.

We cannot deny its fragrance and desirable tastiness, while maintaining a alcoholic volume at the top end of the ABV spectrum for this kind of drink.

This being said, our second favorite has got to be Mr. Stacks, despite its rarity, it has something quite special about it that makes it ever so much more enticing.

Why not try out a few on our list and decide on your favorite Tripe Sec for the absolute best Margarita’s.

You can always try curacao or curacao liqueur in a cocktail shaker with your favorite triple sec liqueur. Pour it into a cocktail glass with a splash of lemon or orange juice and you have yourself a winner. Maybe add a dried orange peel.