So you bought a bottle of Cointreau liqueur to make some fancy Cointreau margaritas and now you’re wondering what other orange liqueur cocktails you can make, eh?

While we can certainly enjoy a fabulous Cadillac Margarita, there are a lot more cocktail recipes you can make with that bottle of Cointreau. Also, keep in mind that any cocktail that calls for Cointreau can also be made with Grand Marnier or Triple Sec, so this is definitely a list of cocktails to bookmark.

Well, we’ve got good news for you. There are tons of delicious and sophisticated Cointreau cocktails with orange flavor you can make.

From the aforementioned Cointreau margarita to the classic sidecar, we’ve got you covered here.

But that’s not all. We’ve also included some unique Cointreau cocktails like the Kahlua Cointreau French Coffee and a surprisingly delightful Cointreau-infused mimosa.

Cointreau orange liqueur with its signature orange fragrance has been around since 1875 and it’s about time we gave this delicious liqueur some more love.

Are you ready? Let’s get started!

This Cointreau and Kahlua cocktail is one of the most unusual Cointreau drinks on our list of fabulous orange liqueur drinks.

Most of us don’t add liqueur to our coffee as often as we would like, and a lot of that has to do with the fact that we generally drink coffee in the morning. And most of us aren’t getting up and drinking cocktails with our morning coffee.

However, the next time you decide you want an alcoholic coffee beverage, give this delicious Kahlua Cointreau cocktail a try.

This Cointreau cocktail recipe uses French press coffee, Cointreau, Kahlua, and heavy cream. It’s exactly as divine as you would imagine it to be.

A vodka Sidecar is just what it sounds like: a delightful spin on a classic cocktail.

Instead of brandy, you use vodka for a vodka Sidecar and the result is fabulous.

Be sure to use good-quality vodka for a vodka Sidecar. A cocktail like this is boozy and you want to be able to enjoy the citrus notes of the Cointreau.

Shake your ingredients in a cocktail shaker with ice cubes and then strain it into a martini glass.

Coat the rim of your glass with sugar to really give this cocktail the full effect. Garnish with a lemon twist.

The Lemon Drop Martini is a Cointreau drink that’s made with nothing but Cointreau, vodka, simple syrup (or maple syrup), and fresh lemon juice.

This refreshing martini is festive and tangy, and you serve it without ice cubes. Simply shake your ingredients together with ice in a cocktail shaker and then drain the cocktail into a pretty stemmed glass.

Sugar the rim of your cocktail glass, and you can garnish your Lemon Drop cocktail with a lemon twist.

A classic Sidecar cocktail is made with Cointreau, Cognac, and fresh lemon juice.

Sometime around the time of World War I, a U.S. Army captain was stationed in Paris, France.

Legend has it that this Army captain rode around Paris in a motorcycle with a sidecar, and this cocktail was supposedly made for him.

To make the Sidecar super special, rim the cocktail glass with sugar to bring out the Sidecar’s tart flavor.

A Sidecar should be shaken with ice cubes in a cocktail shaker, then strained into a cocktail glass.

Serve your perfect cocktail with an orange slice or a lemon twist.

We love pomegranate, so when we saw this recipe for a pomegranate martini, we knew it would be a favorite cocktail.

A pomegranate martini is light and sweet-tart, which makes it the perfect fruity cocktail for folks who also love a serious drink.

This pomegranate martini will remind you somewhat of a Cosmopolitan, except instead of cranberry juice, it’s made with pomegranate juice.

Serve this cocktail in a chilled cocktail glass for full effect and you have a serious and sophisticated cocktail ready to serve to your guests (and yourself!).

Garnish with a lemon peel.

Margaritas have gotten super fancy over the years, and in some recipes, the ingredients have shifted from slightly to dramatically.

For one thing, the frozen margarita can be delicious (and we like those, too!), but it’s a huge variation from the classic margarita.

There’s no need whatsoever to buy overpriced (and over-sugared) margarita mixes when you can easily make your own delicious margaritas at home.

The classic tequila margarita dates back to the 1930s and, according to the International Bartender Association, it should only have white tequila, Cointreau (or Triple Sec), and fresh lime juice.

Remember, for a classic margarita, you need to salt the rim of your margarita glass. Also, garnish your Cointreau margarita with a lime wedge.

You can serve a margarita straight up or on the rocks (with ice cubes or crushed ice).

Why do they call this Cointreau cocktail a Cadillac Margarita? Because it’s the Cadillac of the margarita world.

A Cadillac Margarita is made with the finest liquor and liqueurs, including Grand Marnier, top-shelf tequila, and Cointreau.

What makes the Cadillac Margarita stand out is that you float your Grand Marnier on top of the drink after you mix it.

One thing that makes the Cadillac Grand Marnier margarita unique is that it doesn’t have added sugar.

All of the flavor comes from the liquor and the fresh lime juice.

Garnish with a lime wedge or lime wheel.

A gorgeous pink Cosmopolitan cocktail made with Cointreau is sure to lift your spirits.

Not only is it tasty, but this pretty drink can’t help but be cheery because of how it looks.

This popular cocktail was allegedly invented in the early part of the 1930s, but this classic Cointreau cocktail became super popular when it was featured on the TV show “Sex and the City” in the 1990s.

The Cosmo is perfect to enjoy with your friends for a patio gathering, and it’s incredibly easy to make.

Traditionally, a Cosmopolitan cocktail is made with citron vodka, but you can make it with regular vodka and add fresh lemon juice.

Use unsweetened cranberry juice, Cointreau, and simple syrup (or maple syrup). Feel free to serve a Cosmopolitan cocktail over crushed ice if you like it super cold.

Garnish your Cosmopolitan with a bitter orange peel or a lime wheel.

If you’ve ever had a Mai Tai cocktail that was sickly sweet, you’ve probably not had a classic version of the Mai Tai.

First of all, a Mai Tai shouldn’t be pink. Also, you don’t need a cute little umbrella (although you can go for it if you like those!).

You can also garnish your Mai Tai with a pineapple slice, a cocktail cherry such as a Maraschino cherry, or a lime wedge.

If you like a cocktail that is citrus-flavored, the White Lady cocktail may become a favorite after you try it for the first time.

A White Lady cocktail is made with gin and traditionally features a frothy topping that’s made from an egg white.

You will sometimes see the White Lady called a Chelsea Sidecar or a Delilah. The White Lady is basically a Sidecar that’s made with gin.

Legend has it that this fun Cointreau cocktail was made in the 1920s, but the location where it was invented is disputed.

Some folks say that the White Lady was created at London’s Savoy Hotel, but others insist that this is another cocktail that was invented at the legendary Harry’s New York Bar, which is located in Paris, France.

Created in the 1920s and mentioned in a cocktail book by Harry McElhone, the Pegu Club is a classic gin cocktail that is sophisticated and boozy.

Invented at the club by the same name, this lime juice cocktail is surprisingly balanced, but the Pegu Club isn’t sweet.

The herbal and citrus finish is perfect if you’re just wanting a classic gin cocktail with a citrus twist.

Garnish your Pegu Club with a lime wedge.

Sometimes called “contro liqueur,” Cointreau isn’t usually an ingredient in a classic mimosa, but we’re here for the idea.

The classic mimosa is made with just two ingredients: champagne and orange juice.

However, why not have fun with this classic orange cocktail by adding some orange-flavored liqueur like Cointreau?

You can make this mimosa with your favorite orange juice, Italian Prosecco, and a splash of Cointreau.

Another variation of the classic mimosa is to use any sparkling wine.

The result is a wonderfully tangy and interesting mimosa that is nothing near ordinary.

Do you want some more Cointreau recipes? How about something that’s super simple to make but hard to get absolutely perfect? Check out this video below to learn how to make the perfect Cointreau and tonic. 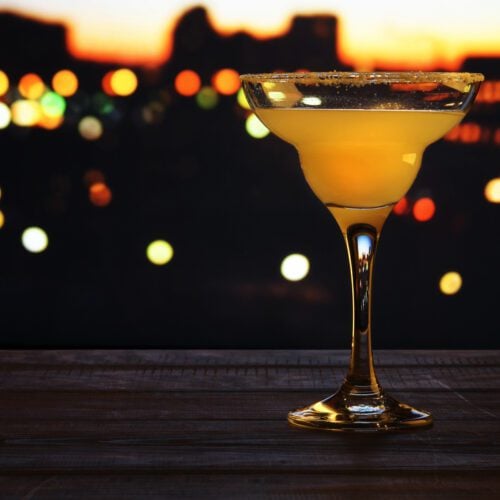 These recipes are sure to please. So, gather your family and friends and enjoy. Let us know your thoughts!
5 from 7 votes
Print Recipe Pin Recipe
Total Time 14 mins
Course Drinks
Cuisine American
Servings 1
Calories 315 kcal