People love Kahlua drinks because they have so much flavor packed into every sip that you can’t get enough.

Kahlua was created in 1936 in Veracruz, Mexico. This delightful rich liqueur has a colorful and rich heritage. Kahlua is made with rum and coffee beans, and every bottle of Kahlua takes about seven years to make. First, the coffee beans have to be perfect, but then they have to dry.

There’s no better way to balance out the strong taste of alcohol than with some Kahlua recipes that have the flavors notes rum, sugar, and coffee.

So, if you’re wondering does Kahlua have caffeine, the answer is yes.

If you want to get creative with your Kahlua cocktails, all you need are some mixers like Kahlua and cream to give you a drink that’s ready to go.

You’ve probably heard of classic Kahlua alcohol drinks like the Mudslide and White Russian and those wouldn’t even be a thing if it weren’t for Kahlua.

Use these Kahlua liqueur cocktails below to make yourself an after-dinner drink that will get you ready for a cozy night.

Do you really want to give your cocktail recipe a homemade feel? Then you need to up your game and start making your own Kahlua mixture right in your home.

By making your own, you control the amount of ingredients that go into your Kahlua mixture, which means you get to enjoy the exact flavors you want.

It’s not hard either once you know the process you’ll be able to make a batch in 20 minutes and you can store the leftovers in a glass jar to pull out for later.

The most popular drink made with Kahlua coffee liqueur drink has to be the White Russian and it’s easy to see why.

It only takes a minute or two in order to whip this drink up because all you need is Kahlua, vodka, and cream.

Since Kahlua is so strong already at 15%, you can feel free to add more cream if you want your drink to be on the weak side.

Some people like to put in some Baileys Irish cream instead of regular cream if you want a little extra kick.

One sip of this Spanish coffee Kahlua recipe and you’ll be wondering why you’ve been having regular Kahlua with coffee this entire time.

The difference with this is that you’ll be adding some Nutella to the mix to give it even more of a chocolate taste and it also helps create a creamy consistency.

If you really want to go all out, you can top this drink with whipped cream and cherry which will make it even more festive.

It’s the perfect mixture for wintertime when the weather starts getting cold and you need something to warm you up.

As far as Kahlua drink recipes goes, the Mudslide is one of the most well-known thanks to its mix of vanilla, coffee, and chocolate flavors.

You can make this drink with vodka, Kahlua, and a few other ingredients like ice cream and milk for a thicker drink that’s almost like a milkshake.

This is another really easy one to make because all you have to do is shake everything together in a cocktail shaker for about 10 seconds and then pour it into a cocktail glass.

If you really want to taste the chocolate flavor that’s in this Kahlua drink, use dark chocolate syrup instead of regular cocoa powder.

The coffee cocktail should balance out the sweetness just fine so it won’t be too overpowering for your taste buds.

If you want a martini but you also want a bit of a pick-me-up then you have to try this coffee martini.

The added caffeine in this drink will help you stay awake and the Kahlua coffee liqueur only adds to the wonderful flavors.

You’ll need Kahlua, vodka, coffee, and ice cubes for this but you can really throw in some chocolate or cinnamon and it would still taste great.

It’s also a good idea to pour this one over ice since the coffee is diluted with the Kahlua making it extra creamy.

If you want to make it even fancier, serve this drink in a martini glass.

When you have some friends over and you want to really roll the red carpet out for them, consider making this Kahlua liquor cocktail.

You’re going to need Kahlua coffee liqueur, Irish cream, and orange liqueur so you can make a drink that looks like it has 3 drinks in the same glass.

When you make this drink just right, you’ll see a clear separation between the different Kahlua mixed drinks, making it a sight to see.

You can also make this cocktail into Kahlua shots by following the recipe but just making a tinier version.

This tasty staple gets its beautiful almond flavors from the amaretto liqueur that you add in.

To make it you’ll need Kahlua, amaretto, milk, or cream if you want extra richness and ice cubes.

Shake everything together in a cocktail shaker with some ice then strain the liquid into a serving glass.

You can top this one off with some more whipped cream and a few almonds if you really want to step it up a notch.

This is one drink that’s perfect for sipping any time of day since it’s so smooth and tasty.

Coffee lovers rejoice it’s the perfect drink for you!

This espresso martini Kahlua rum cocktail is a classic that never gets old because of its simplicity.

It only takes Kahlua, vodka, and lots of espresso to make it so you can really taste the flavors in this one.

If you want to change things up a bit, try using vanilla vodka instead for a sweet twist on espresso drinks.

For some added beauty, garnish this with a few actual coffee beans and you’ll be surprised at how much sophistication it adds.

What better medium to add a Kahlua coffee liqueur than to a cup of coffee?

This cream cocktail might sound a little strange but it’s actually very common to combine the two.

To make it, all you’ll need is some Kahlua and hot coffee so make sure your cup is nice and hot before putting the liqueur in. It’s close to an Irish coffee so you’ll probably like this version.

It’s important this goes into a mug instead of a cup that is made of glass so you can withstand the heat from the cup.

This is definitely one you want to put some whipped cream on and you can even sprinkle some coffee grounds to make it look legit.

Not as well known as some of the other drinks on this list, the Bushwacker is a Kahlua and cream recipe that was built for the summertime.

The base is made with dark rum and Kahlua coffee liqueur but then you add in some cream and ice to make it thicker like a milkshake.

This one should have a mountain of whipped cream on top just like any good milkshake except you’ll get an extra buzz when you finish.

The flavors are hard to deny so even the pickiest of drinkers will enjoy this one.

If you’re wondering what to mix with kahlua, the Colorado Bulldog has you covered.

You’ll start by filling a highball glass with ice then pouring in Kahlua, vodka, heavy cream, and cola together over the ice.

The only difference is you won’t be putting whipped cream on top like some of the other drinks here.

This drink is very similar to a white Russian but it has just that hint of cola flavor that makes a surprising difference.

You can garnish it however you like so feel free to add a cherry or two on top for an added touch of class.

Don’t let the name fool you on this one, you won’t lose your mind if you have a few too many of these drinks.

To make it just shake Kahlua coffee liqueur and vodka together along with some ice and then strain the liquid into a highball glass.

The only difference is you’ll pour some club soda on top to make the drink fizzy compared to a black Russian which is essentially the same thing.

The ice is what gives this drink its name and you’ll probably want to serve this one over lots of ice since the colder temperature will help the flavors come out more.

The mind eraser was made in the 80s but it’s just as good today as it ever was.

The ingredients are basically the same as with the White Russian except you won’t have any cream in this one, hence the name.

But you can add a bright red cherry on top as a garnish to make this drink pop a little.

Who says you have to add cream to make a delicious tasting Kahlua cocktail? The best part about this one is just how easy it is to make.

You can have this ready in a matter of minutes so it’s ideal to make it for a party where you need a pick me up but don’t want something too creamy. 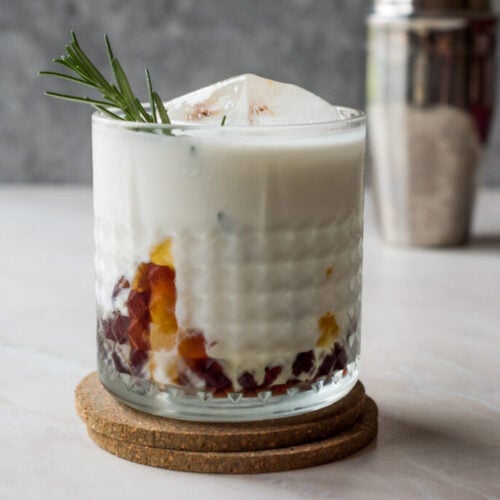 These recipes are sure to please. So, gather your family and friends and enjoy. Let us know your thoughts!
5 from 5 votes
Print Recipe Pin Recipe
Total Time 9 mins
Course Drinks
Cuisine American
Servings 2
Calories 290 kcal

Calories: 290kcal
Keyword classic mudslide, kahlua drinks
Tried this recipe?Let us know how it was!