Anchovies are one of the most extreme “love it or hate it” foods. Very few people don’t mind anchovies. They either absolutely love them or wonder how anyone could ever bring themselves to eat them.

When it comes to anchovy paste, opinions are even more split. Any food that has been mashed up and made into a paste suddenly becomes more off-putting. Especially when that paste was once a living creature. 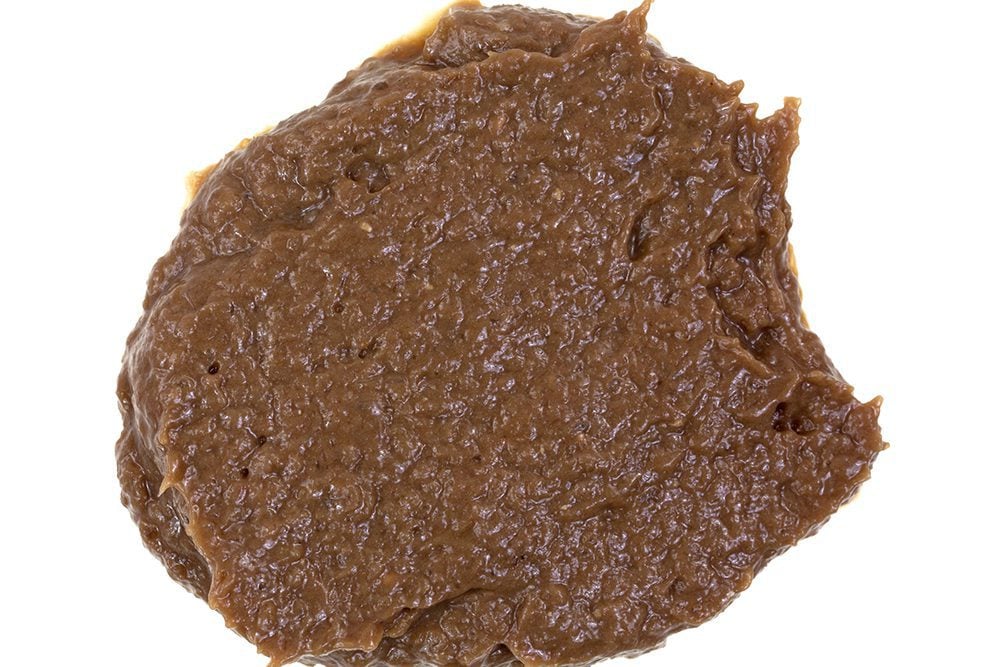 Anchovy paste adds a very specific kind of flavor that you just can’t get from salt. But, what can you do if a recipe calls for anchovy paste and you don’t have any?

Most recipes will only ask for a small amount, so you don’t really want to go out to buy a fresh pot if most of it will go to waste.

Anchovies, and other fish alternatives, can also pop up in recipes that would otherwise be vegetarian or vegan.

So, to make sure everyone can enjoy these dishes, we have put together a list of the best 6 substitutes for anchovy paste that recreate the same flavor.

This is one of the easiest ways to get the salty, umami taste of anchovy paste. Soy sauce is also much more easily available than anchovy paste.

So, even if you’re just struggling to find anchovy paste, this is a great substitute.

Soy sauce has a very different texture to anchovy paste. So this is an important factor to consider.

Depending on what you’re using it for, this could make a big difference to the texture and consistency of the overall dish.

If you’re making a marinara sauce, then you can always mix the soy sauce with some cornflour. This will help thicken the sauce a little.

That said, a recipe likely won’t call for enough anchovy paste for it to make a huge impact on the thickness. So try to only use a small amount of cornflour.

Olives are another food that divides opinion (although not in quite the same way as anchovy paste). Kalamata olives are the best kind to use.

This is because they have a softer flesh than most other olives. So they can be easily chopped up or crushed and added to a dish.

Kalamata olives, if crushed or blended, will also have a more pleasant color than anchovy paste. Although kalamata olives have a dark exterior, their flesh is actually quite a light pink or purple.

Tapenade is made from chopping and crushing olives and then mixing them with oil and seasoning.

Depending on your recipe, the addition of oil might alter the consistency. But, if you don’t want to spend a lot of time chopping and crushing up olives, it is a quick and easy alternative.

Seaweed is something that a lot of people view as just ocean weeds that have no use. But, there are specific kinds of seaweed that are fantastic additions to recipes.

Nori will usually be sold in dried sheets. This is fine for most dishes. You can easily shred it and sprinkle it in as you would any other herb.

You can also use nori to make a sauce. This is called nori tsukudani. Simply pour 2 cups of stock into a pot (dashi is traditionally used) and add in some shredded nori sheets.

Add some soy sauce and other flavorings, if you like (sake and mirin are often used), and boil until the liquid has boiled away.

You will then be left with a salty reduction that can be easily swapped in for some anchovy paste.

Miso paste has been used in traditional Japanese cuisine for an incredibly long time. But it has become more popular across the world, especially in the US, in recent years.

It is a thick, dense paste that is incredibly salty. The flavor comes from the paste being seasoned with salt but also from kōji. Kōji is a fungus used to saccharify foods.

This process ferments foods, such as rice, and makes it alcoholic. This is how the traditional Japanese drink sake is made. But it is also used to flavor miso.

Miso paste is a great substitute if you are concerned about the consistency of a dish. As this is also a thick paste, it will have a similar effect on the thickness of the dish. That said, anchovy paste is very thick but also oily.

Whereas miso paste is drier and denser. To balance out the consistency, you might want to add in some oil.

Miso paste is also great in terms of flavor. It is made from soybeans which are very bland in flavor.

But the addition of salt and kōji changes everything. The soybeans provide the texture but the saltiness and flavoring all come from the seasoning. So this is a perfect substitute.

This might be a surprising addition but stay with us. Capers are mostly used as a flavoring for pickled or preserved olives. But they are edible and add a great deal of flavor.

Capers, in case you didn’t know, are the buds of the caper bush. These are harvested before the flower blooms and used in many different dishes but most commonly for preserving foods, such as pickles.

Capers can be added straight into the dish or crushed and blended. They are most commonly sold preserved in jars.

So you won’t need to add anything to turn the capers into a paste as they will already be soft and wet.

The texture of crushed preserved capers will be similar to that of anchovy paste. The ingredients used to preserve capers cause them to have a similar salty and umami flavor to anchovy paste.

They will also be soft and oily, just like anchovy paste.

Umeboshi paste is a great alternative to anchovy paste in terms of both texture and flavor. It is also a great pink color.

Which is much nicer than the dark brown of anchovy paste. Umeboshi paste is made from pickled plums.

It is often used as a side dish or a dipping sauce in Japanese cuisine. But it can be used as an ingredient to flavor dishes as well.

Umeboshi paste has an intensely salty flavor so it’s a perfect replacement for the saltiness of anchovy paste. It also has quite a similar consistency.

Anchovy paste can be quite oily. So it isn’t quite as smooth and dense as the word “paste” implies. Umeboshi paste, as it is made from fruit, retains quite a bit of the original moisture.

This means that it can separate in the same way as anchovy paste. (That’s a good thing!)

That said, the difference between oil and water is quite important. So, when you spoon the umeboshi paste out of the jar, try and drain away any water.

You might also want to add some oil to thicken the dish up a little and make up for the extra water.

Anchovy paste might not be the most appealing ingredient but even a small amount can massively change the flavor of a dish.

But, if you don’t like the taste (or maybe just the idea) of anchovy paste, any of the 6 substitutes above will be able to provide that salty, umami flavor that anchovy paste provides.

Just remember that few ingredients will be able to exactly mimic the taste and the consistency of anchovy paste. So you might also need to add other ingredients to balance it out.

Overall, there’s no reason to worry if you don’t have anchovy paste, or if you just don’t want to use it, there are plenty of delicious substitutes available.