When it comes to working out which foods are vegan and which are not, some things are easy.

You can easily avoid the big three: meat, dairy, and eggs. And you can be pretty sure that a carrot or a head of broccoli is vegan. But what about when it comes to sweeter snacks?

For pre-made and store-bought foods that have a lot of different ingredients, it can be difficult to work out exactly which are vegan and which aren’t.

As veganism has become more mainstream in recent years, a lot of companies have started to label their foods as “vegan” or “vegan-friendly”.

But it is definitely not the most common sight.

So, which snacks are vegan? Here we’re going to look at some classic snacks that you have almost definitely eaten. 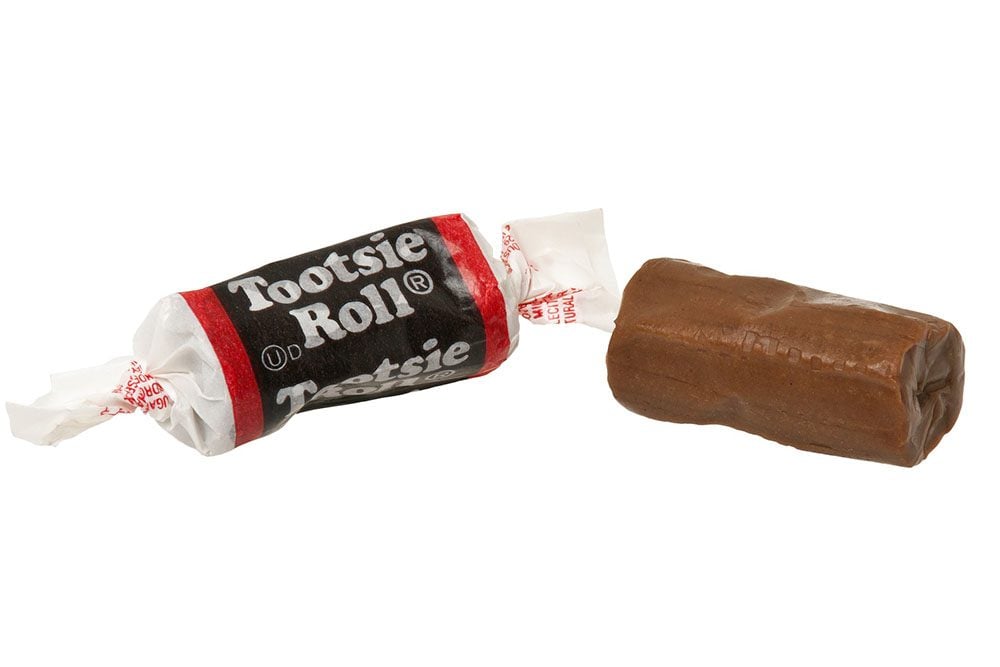 Tootsie Rolls are, unfortunately, not vegan. They are vegetarian. But they include dairy products.

Here’s a rundown of the ingredients in a classic Tootsie Roll.

As you can see, Tootsie Rolls contain both condensed milk and whey.

Whey is one of those ingredients that you will see a lot of but not be 100% sure what it is. So you’re probably not 100% if it’s vegan.

But, sadly it is not. Whey is primarily found in things such as protein drinks. Whey is a by-product of the cheese-making process.

So, although there are quite a few steps between a cow being milked and a human consuming whey (especially whey powder) it is definitely not a vegan product.

Condensed milk, although it might seem very different from fresh milk, is absolutely not vegan.

Condensed milk is simply milk that has been thickened through an evaporation process. So, although it has also been altered and interfered with, it is definitely not vegan.

The “natural and artificial flavors” are a little vague on this ingredient list. Tootsie Rolls don’t have many different flavors or colorings.

But it’s always a good idea to double-check exactly what your food has been flavored or colored with as it might not be with a vegan product. (Read on or scroll down for more information on non-vegan food flavorings and colorings). 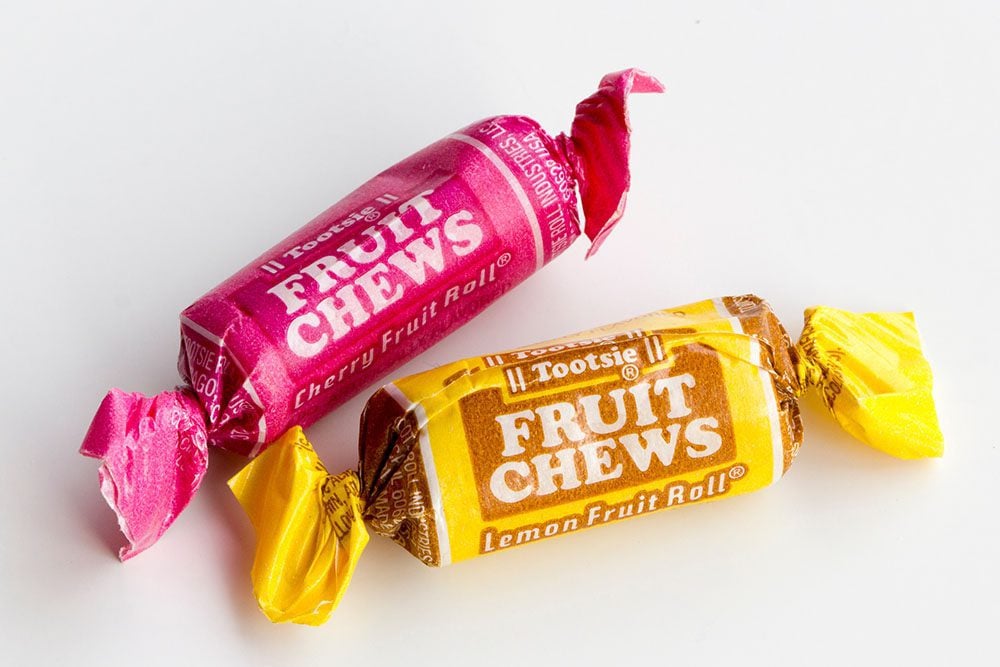 So, let’s move on to Fruit Chews. Most fruity candy, unless it is gummy and contains gelatin, is pretty vegan-friendly.

Here are the ingredients for Fruit Chews:

Like Tootsie Rolls, Fruit Chews contain condensed milk and whey. Fruit Chews show just how careful you need to be because they are not vegan.

Vegan Verdict: No, Fruit Chews are not vegan.

Tootsie Pops might be the best option for a vegan-friendly Tootsie product. Here are the ingredients:

For lollipops, it might seem they could only be vegan. Surely they are only sugar, flavoring, and a bit of water?

Unfortunately not. Tootsie Pops also contain condensed milk and whey. This might seem a little unnecessary and it likely is.

A lot of manufacturers are now reworking their recipes so that their products can be more widely consumed.

This is an ethical move on the side of some. But also a smart business move by others. Making a product vegan makes it more widely consumed.

They are widening their consumer base and making sure that, as more of their consumers become vegan, they don’t lose out on revenue.

Vegan Verdict: No, Tootsie Pops are not vegan.

This is also true of all versions of Tootsie Pops. Including Tootsie Pop Drops, Tootsie Pop Minis, and Tootsie Bunch Pops.

What to Look Out For

As you have seen from the products above, there are some foods that are surprisingly non-vegan.

We’ve already mentioned whey and condensed milk but what other ingredients do you need to look out for?

This might be a surprising one. But how many of us can claim that we know exactly where food coloring comes from?

Even food flavorings are sometimes derived from something other than the food they are trying to imitate.

One of the main additives to look out for is carmine. This is a red food coloring that is often used in candy. It is derived from Carmine beetles.

The beetles are killed in order to be dried, crushed, and then boiled.

This is how the red food coloring carmine is created. Carmine is sometimes included with this name.

But it is also called “natural red 4” and “E120”. So, next time you reach for some strawberry candy, take a quick look at the ingredients list.

This is a bit of a controversial ingredient. Palm oil isn’t derived from animals. But the production of palm oil is causing mass deforestation.

This results in the environments of many animals being decimated. Vegans are concerned for the welfare of all animals.

So, while palm oil might be technically “plant based”, it is not vegan.

This is another ingredient that is often sneaked into foods, especially candy. It is used as a binding agent and makes gummy candy sticky and chewy.

It is sometimes used as an alternative to gelatin. While it is a vegetarian ingredient, it is not vegan.

As mentioned above, vegan food cannot contain any products that have been produced by an animal.

Even if that animal does not die from it or if it is a by-product. Collecting bee’s wax for human food is still a way of farming.

Bee’s are still treated poorly and so even consuming bee’s wax is not vegan.

Overall, these Tootsie products are not very vegan-friendly. In many cases surprisingly so.

These products are great examples of how easy it is to assume a food is vegan. Some foods will seem as though they can only be vegan.

But then up pops something containing a dairy product. Milk powder or milk protein is one of the most difficult things to avoid on a vegan diet.

So it’s important to always double-check the ingredients list. It’s also super important to get clued up on all the alternative names that are used for certain foods.

If you don’t recognize the ingredient, it’s a good idea to look it up.