If a recipe contains corn syrup you know that it is not going to be the healthiest food option. While corn syrup is a tasty addition for the occasional treat, it should only be consumed in small quantities.

Given this, many people choose to avoid using corn syrup, especially if they are on a low sugar diet. Corn syrup is added to a recipe when it requires sweetness.

It does not have a particular flavor, similar to sugar. 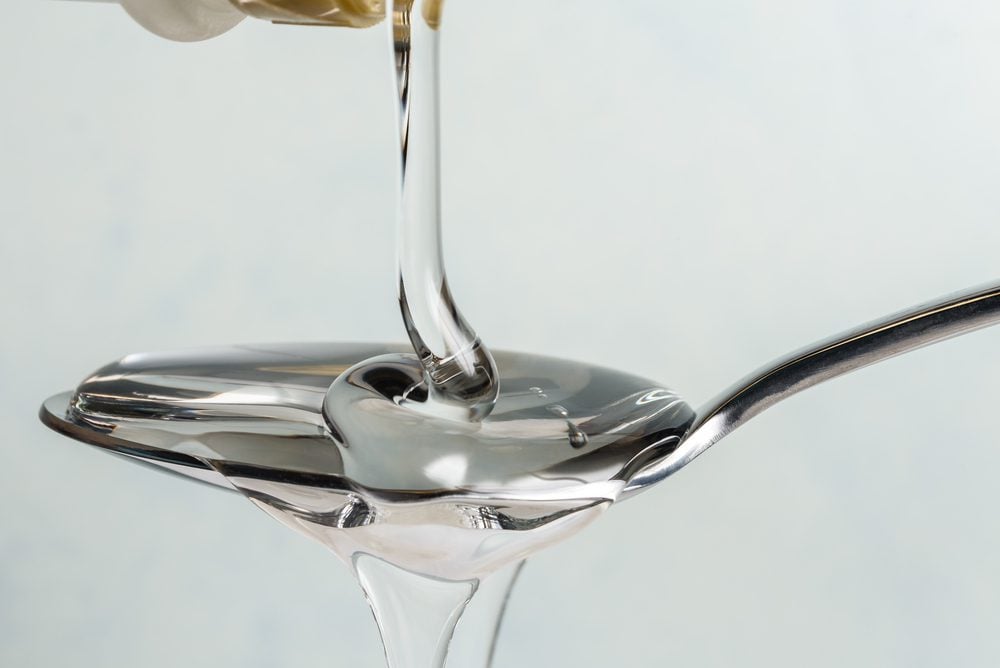 If you are looking for a substitute for corn syrup, you will be happy to know that there are a wide variety of different options to choose from.

While some of these options are healthier than corn syrup, others contain just as much sugar. Some work better for certain recipes than others.

In this article, we have compiled a list of these different options for you to choose from.

What is Corn Syrup?

Before we get on to the different types of substitutes, it is useful for you to know what corn syrup is. This will help you to choose the best alternative for you.

Corn syrup is a syrup that is made from corn starch. It is more commonly known as glucose syrup. It is mainly used in foods to add sweetness, and to improve the overall flavor.

While corn syrup in general is still full of sugar, it is slightly better than HFCS, though it should also be consumed in moderation. Given that corn syrup is a runny syrup, when you are choosing an alternative for it, you will want to choose an ingredient with a similar consistency.

In addition to this, the substitute should help to prevent crystallization as much as possible to behave similarly to corn syrup. This is especially important if you are looking to make hard candy, or want to create a shine on the top of a cake, for example. You can't make a pecan pie without it. 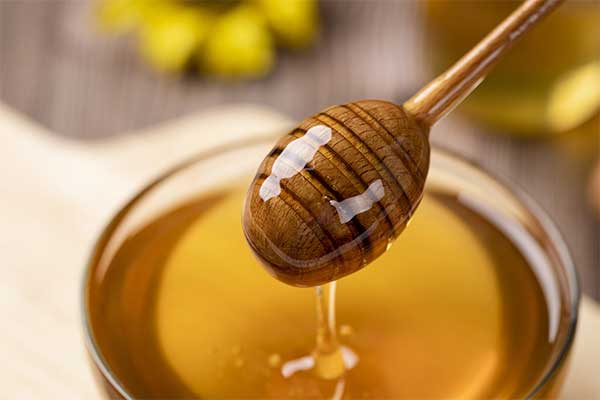 When it comes to corn syrup substitutes, honey is a popular substitute, especially if you are looking for a healthier option.

While honey still does contain high amounts of sugar, it is far less in comparison to corn syrup. In addition to this, the sugars are natural, rather than refined, which is better for you overall. The ratio you will need to use is 1:1.

While honey does help to prevent crystallization, it does not prevent it as successfully as corn syrup. Given this, some crystallization may occur, and this may not be the best option for creating candy or a glaze.

It is a brilliant alternative if you are making baked goods however. It will help to hold in moisture which is good for many recipes.

Honey can have a strong taste and a slight tang to it, which is why some people are not fond of its taste. When the honey is mixed in with other ingredients, the taste does not tend to be overpowering.

However, if this is something that concerns you, you can opt to use a milder tasting honey instead, such as acacia. 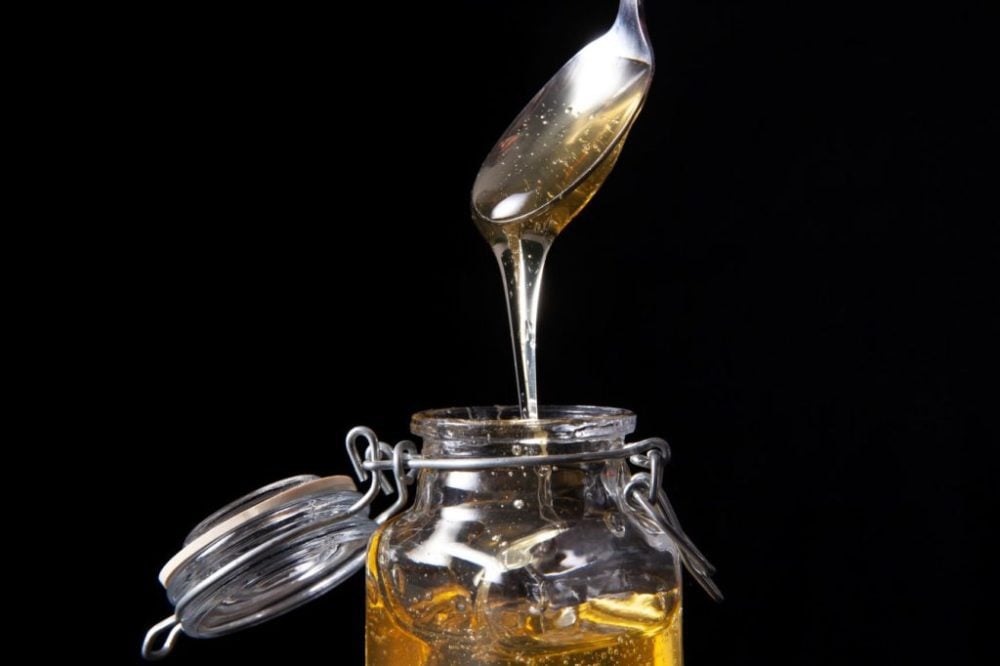 Agave nectar is a syrup, rather than a nectar. It is created using the fluid that is found inside the blue agave plant. While it is a syrup, it does not contain sugar like typical sugar does.

Instead, it is a sweetener that is often used in healthier, low sugar alternatives. It is a natural sweetener, but just because it does not contain sugar, does not necessarily mean that it is the healthiest option to consume.

Agave nectar does not have a strong taste, and given this, it is a great option to use. It has a thick consistency that resembles corn syrup, and even though it is a sweetener, it tastes sweet too.

While it is great for baked goods, because of the way it is created, it is not the best option to make hard candy with.

Cane syrup is taken from the juice of the sugar cane. Given this, it is very sweet. This syrup is partly inverted, and does not have an overly powerful flavor.

It is boiled down until it is reduced, this gives it its thick consistency that is similar to corn syrup. When using cane syrup as a substitute, you will want to use a 1:1 ratio.

Cane syrup is particularly popular in the Southern US states, and while it is great in pies and cakes, due to its chemical formation, it is not suitable for creating a glaze or hard candy. Unlike honey, it does not work to prevent crystallization.
Maple Syrup

Maple syrup is a popular syrup in general, especially if you are looking for a syrup to top pancakes with. It is a firm favorite with many due to its rich taste. As the flavor is quite strong and distinct, being fairly earthy, it is not suited to every taste palate.

When using maple syrup as a corn syrup substitute, the ratio needed is 1:1. While maple syrup is still high in sugar, it is naturally derived and a better option for you in comparison to other alternatives. Maple syrup can be used to create hard candy.

Over time, maple syrup will begin to crystallize.

When you are looking to replace corn syrup, realistically you want to choose an option with a similar taste to it.

Sugar will crystallize when it reaches temperatures above 230F, given this, it is not the best option to use if you are looking to create hard candy. Non crystallizing options at temperatures higher than this are better in this instance.

Brown rice syrup is created using the starch from brown rice. This starch is then broken down into sugars, and boiled to create the syrup. It does have a flavor to it, which is mildly nutty and similar to how brown rice tastes.

When you compare the sugar content of brown rice syrup to other sugars and syrups on the market, surprisingly, brown syrup has the one of the highest of them all. Given this, it is not the healthiest option to consume regularly.

Brown rice syrup is a great substitute for corn syrup when it is used to create hard candy. This is because it helps to prevent crystallization, which is necessary when making hard candy.

It has a very similar consistency to corn syrup too, which is useful. 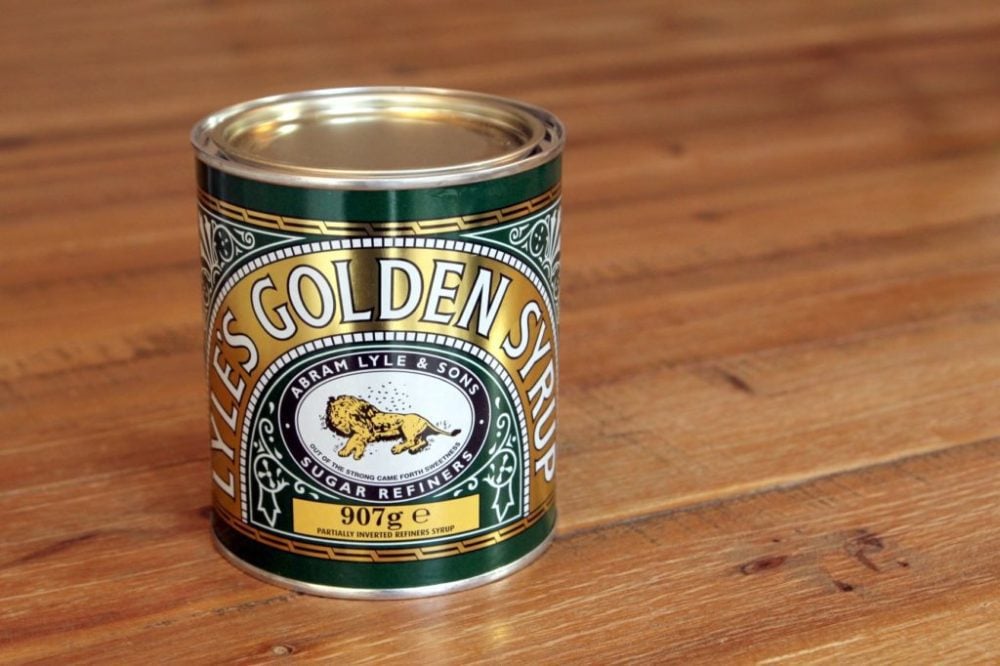 While golden syrup is not overly popular here in the US, in the UK, it is widely used. It does not have a strong flavor, but it is fairly buttery. It has a very similar consistency to corn syrup, and it is great for use in baking.

One of the most common producers of golden syrup is Lyle’s. While it is slightly more difficult to find here in the US, it can still be found in some stores.

Golden syrup would need to be used on a 1:1 ratio, and due to its formulation, it can be used as a suitable substitute for making candy with.

Light molasses is not the best substitute for corn syrup. However, if it is the only substitute you have it can be used at a stretch.

We would recommend using light molasses as opposed to dark molasses as this resembles corn syrup slightly better.

Date honey is likely the most uncommon substitute included in this list, but it should not be ruled out as it is a great substitute. This honey is taken directly from the fruit from the date palms.

It is darker in its color than corn syrup, and surprisingly is sweeter than it too. Given this, it should be eaten in small quantities.

Date honey does crystallize, so this would be a better option for cakes and baked goods, rather than to be used to create hard candy with. 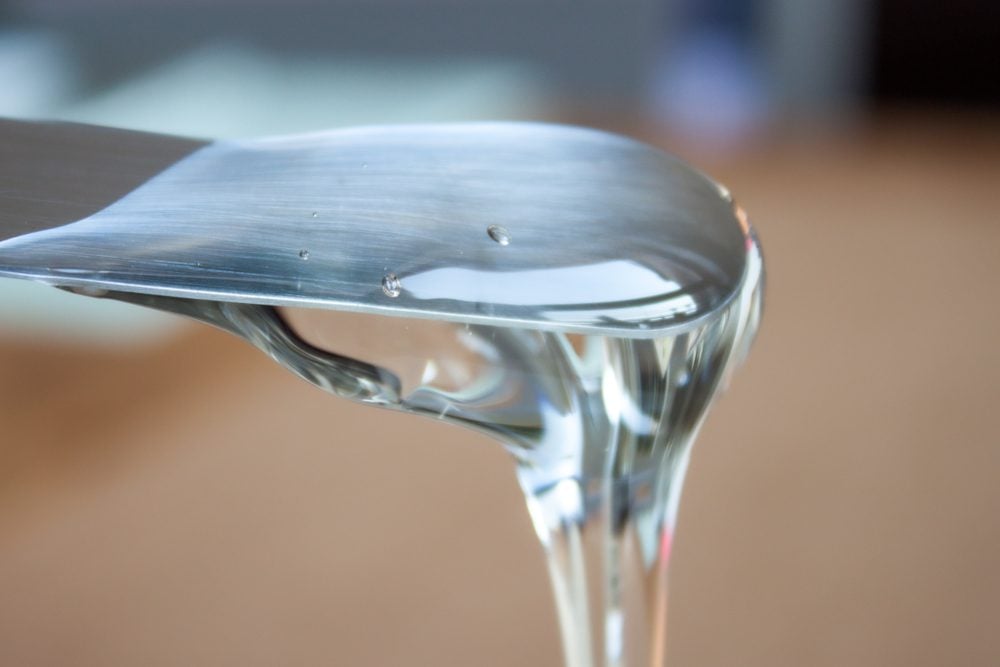 You may be wondering why we have included glucose syrup because technically corn syrup is a form of glucose syrup.

While it is a type of glucose syrup, corn is not the only starch that can be used to make glucose syrup, though it is the one that is most commonly used in the US.

If you consider other parts of the world, they use other types of starch to make glucose syrup. These include, but are not limited to things such as potatoes and wheat. While it is unlikely you will use these options, they are useful to be aware of.

What is a healthy substitute for corn syrup?

There are many healthy substitutes for corn syrup available. Agave nectar is a type of syrup that has a similar taste to corn syrup. It is made from the fluid that is found in the blue agave plant.

Though it is a syrup, it is often sought after as a healthy alternative because it doesn’t contain the same volume of syrup as most other types.

It is worth noting that it does have a different chemical makeup to corn syrup so whilst it is an ideal replacement for sauces and pies, it isn’t advised for candy.

Maple syrup offers a natural substitute for corn syrup and there are several different intensities of flavors to choose from. This type of syrup contains calcium, iron, magnesium, potassium, zinc, and other minerals which can have a great impact on your body.

There are a few other substitutes for corn syrup available that are deemed to be healthier, however, some still have a high sugar content which may not satisfy every individual.

Can I use honey instead of corn syrup?

Yes, you can use honey instead of corn syrup. It contains some enzymes, minerals, and proteins and is believed to have nutritional benefits.

You can replace the corn syrup with equal amounts of honey, although it is worth noting that it has a rather distinct flavor so depending on what you are intending to use it for, you may wish to opt for a milder option.

Varieties such as acacia and clover honey tend to have a milder flavoring and will not be as overpowering as other types of honey.

Also, it is worth noting that honey doesn’t stop crystallization in the same way as corn syrup does, so while it can be added to baked goods recipes, it isn’t the best choice for candy making.

To summarize, there are many substitutes that are available to use instead of corn syrup. The most important thing to remember is crystallization.

If you are purchasing a substitute in order to make candy, you will need to choose an option that is less likely to crystallize when heated, such as golden syrup, or brown rice syrup.

If the corn syrup substitute crystallizes, it is not the best option for hard candy. However, the other substitutes will be great for baked foods as they will not be needed to create a shine.

If you are looking for healthier substitutes, honey, agave nectar, and maple syrup would be the best options. These have the lowest sugar content. Substitutes such as brown rice syrup and molasses contain similarly high amounts of sugar and therefore are not the healthiest of options.

The most important thing to remember when looking for a substitute is to ensure that it has a similar, thick consistency to corn syrup.