Romania is a beautiful country, full of fairytale-like views and medieval villages, which is most commonly known for its association with Count Dracula, the most famous vampire of all.

Romania has 12 public holidays, and you can celebrate these holidays with delicious Romanian recipes. During the holidays, Romanians typically enjoy games and folk dancing while wearing traditional Romanian garments, along with good food. The cuisine in the country has been influenced by both German and Austrian food, so you know it’s yummy.

And although Romania is indeed the home to Vlad Tepes and the myth of Dracula, there are plenty of other reasons to visit, such as the cuisine! 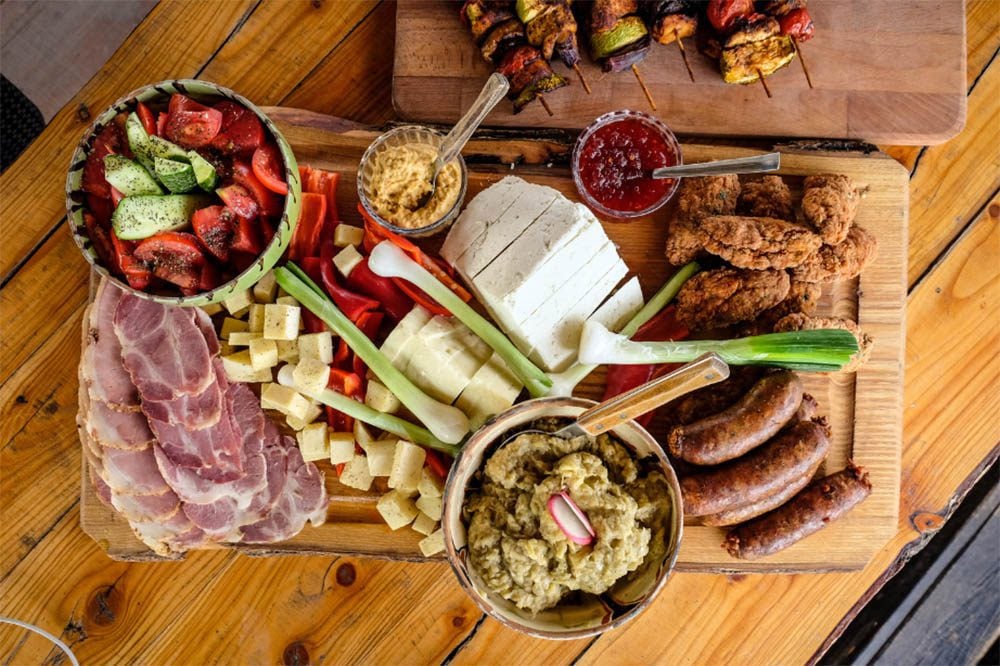 Although traditional Romanian food isn’t very well-known, it offers a great variety of delicacies that are worth discovering, and you will be pleasantly surprised at the myriad of flavors and dishes.

So whether you want to learn more before your visit to Romania, or whether you are simply curious about its cuisine, we have compiled a list with the top 10 most popular dishes from Romania, so you can get an idea of what Romanian cuisine is all about!

Before jumping into the Romanian dishes we’ve listed, it’s worth saying a little more about Romanian cuisine in general.

With Romania being a country that is situated at the crossroads of Central, Eastern, and Southeastern Europe, the cuisine has collected a large variety of influences that have brought with their different flavors and ingredients, to make Romanian food rich and filling.

Some of the main influences of Romanian food are Balkan, Turkish, Serbian, German, and Hungarian cuisines. As a general rule, Romanian food is very savory, and there is something for everyone if you know where to look.

It is worth noting that while some cuisines are known for being healthy and nutritious, Romanian food very much isn’t so.

In fact, most Romanian dishes are heavy and filling, with plenty of calories and not the healthiest of ingredients.

However, Romanian cuisine makes up for this in the flavor and taste of the food, as it is truly delicious, and almost every meal can be considered a treat.

It is also important to remember that most Romanian dishes come from an old rural tradition, and the best versions of the food are those that are home-made in small rural areas, with the recipes having been handed down many generations.

So although restaurants will offer great food, it might not be as good as if you went to a food establishment with homemade meals and dishes for authenticity.

The 10 Most Popular Dishes in Romania: 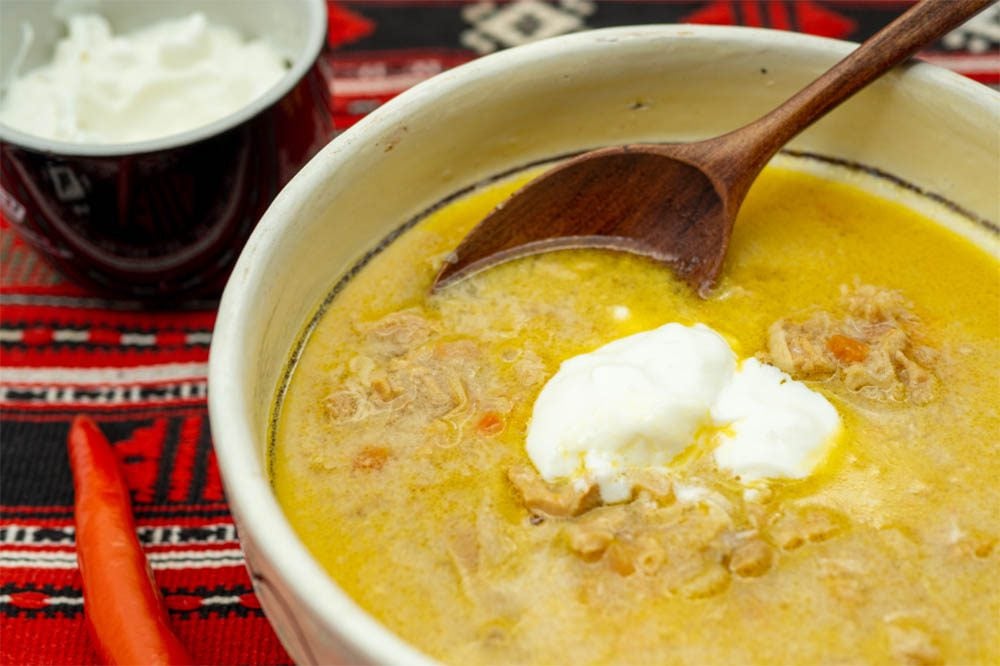 Also, easier known as Beef Tripe Soup, this Romanian dish is one of the most popular and traditional soups in the country, that you absolutely must try if you ever visit.

It is made with the stomach of a cow, as well as with vegetables and bones, all flavored with a good amount of garlic, and some vinegar.

Sometimes, hot chili peppers are also included in the mix, as they go really well with it.

The end result is a bold and strong flavor loved by many, although it might not be for everyone.

And in Romania, it is considered to be one of the best remedies for when you have a hangover! 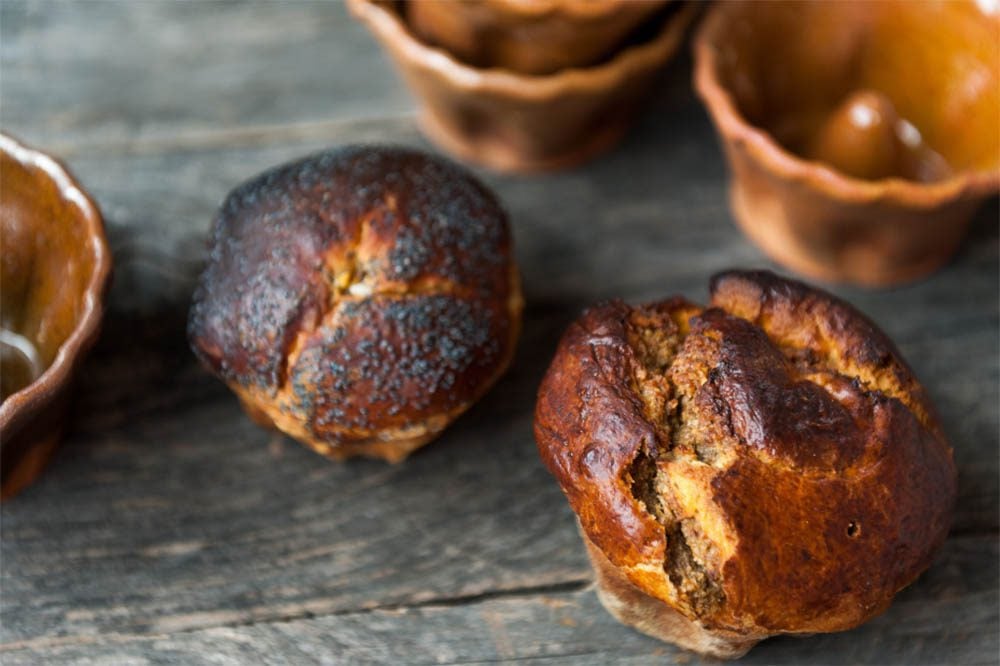 Cozonac is a type of Romanian sweet bread, which makes for a traditional dessert most commonly served during the Christmas and Easter holidays, as a sign of celebration.

It’s pretty hard to get right, so it’s always one of the highlights of the festivities, with each household being challenged to make their own Cozonac as best as they can.

The sweetbread is filled with a sweet walnut paste, along with some poppy seed paste, and sometimes even some Turkish Delight or some raisins.

It takes quite some time and effort to make, but it’s delicious and a staple of Romanian tradition.

You can find them all year round in most shops, but the best ones are made during special occasions. 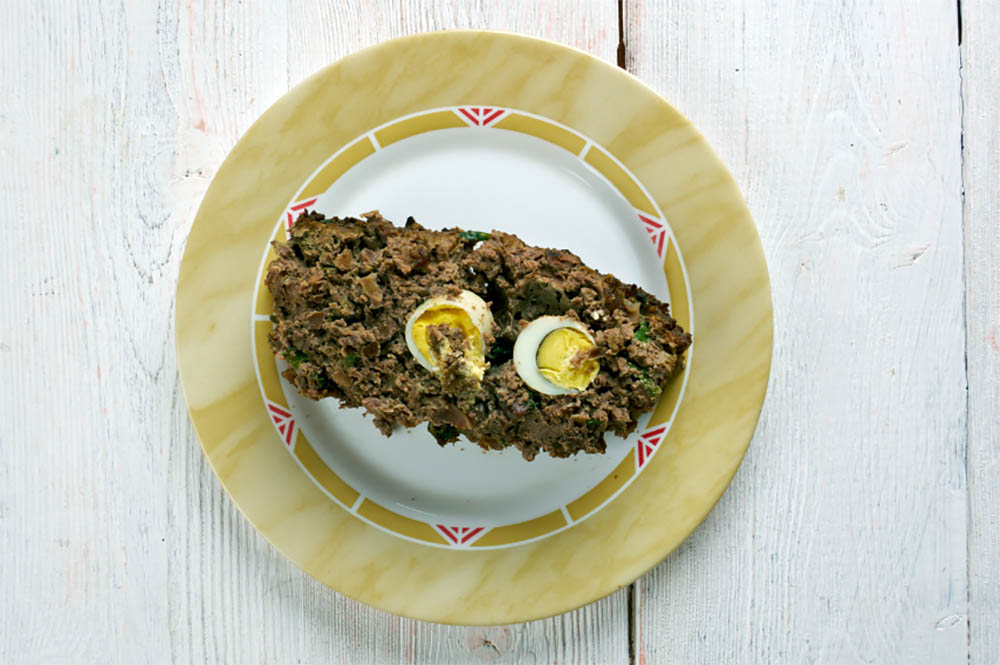 Drob de Miel is a highly popular Romanian dish, traditionally served during the Easter festivities. It is essentially lamb haggis, and it looks like a long meatloaf with a few boiled eggs inside.

It is made with minced lamb, green onions, egg, and bread that is first dipped into milk. Then, everything is baked with herbs, such as parsley, and garlic.

There are also other versions of this dish, made with chicken or turkey instead of lamb, depending on what type of meat you prefer.

It is served cold and it is typically part of a larger Easter meal that includes many more dishes. 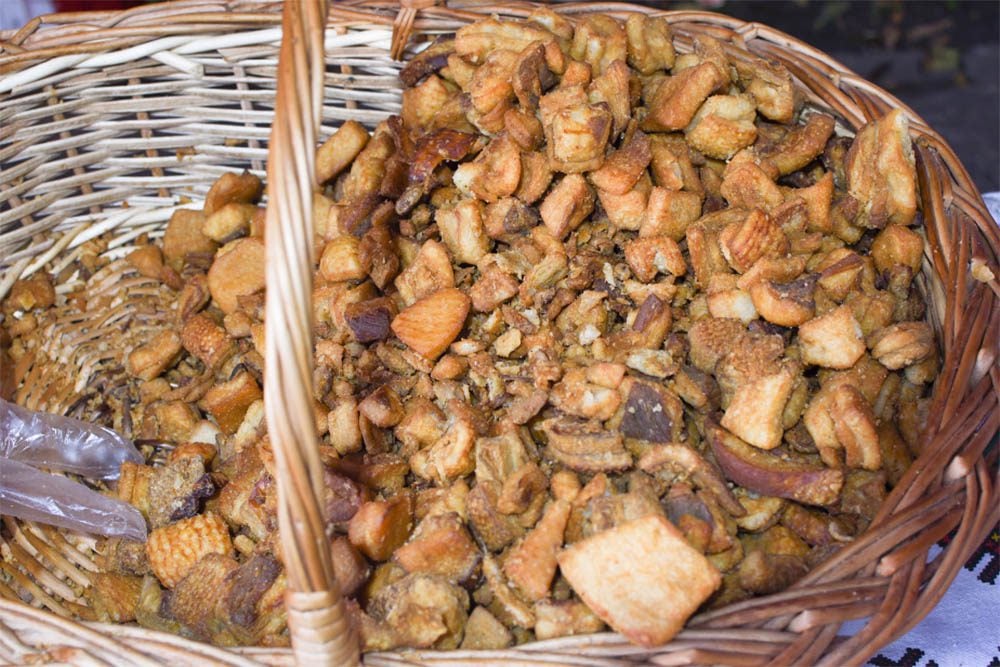 Also referred to as Greaves, this is a dish served as a starter, or as a snack, and it is incredibly popular all throughout Romania.

It is made from a freshly sacrificed pig, by frying bits of bacon in the pig fat.

They are then usually accompanied by a serving of raw onions, and a shot of Romanian traditional plum brandy, to help with digesting it all.

It’s not the healthiest of dishes, but it’s incredibly tasty and delicious, and not many can resist having some! 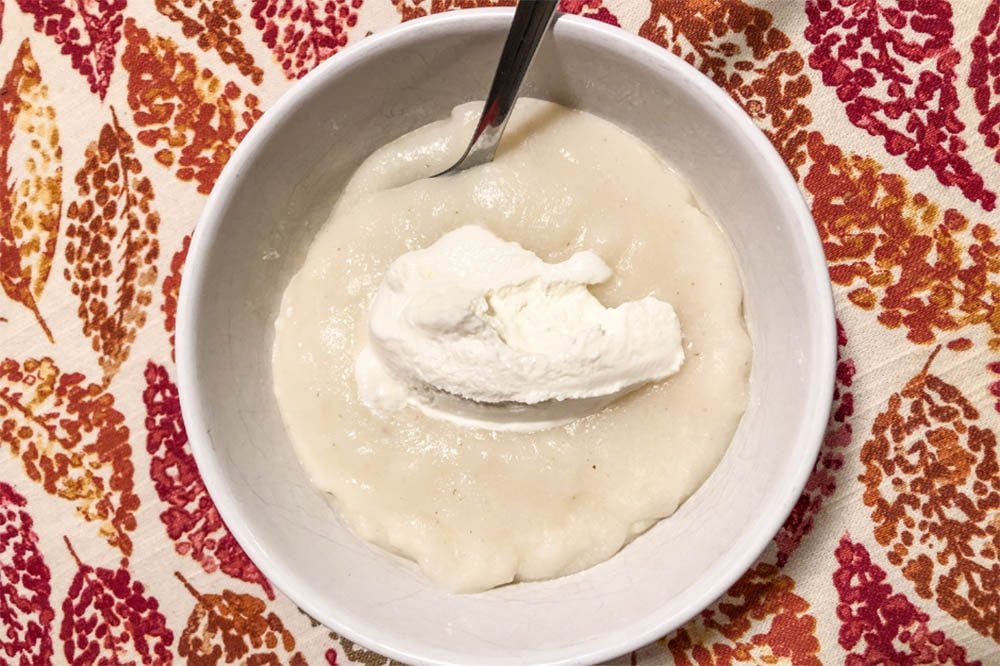 This dish, also known as Polenta, is highly popular thanks to how healthy it is, and it most commonly served as a side dish for sarmale, or other dishes.

It is made out of corn flour that has been boiled in water, with some salt and sunflower oil. It is also most often accompanied with some sour cream, and with some strong Romanian cheese.

It also works really well with soups or stews, and different cheeses can turn it into different versions of itself, depending on how the flavors pair together. 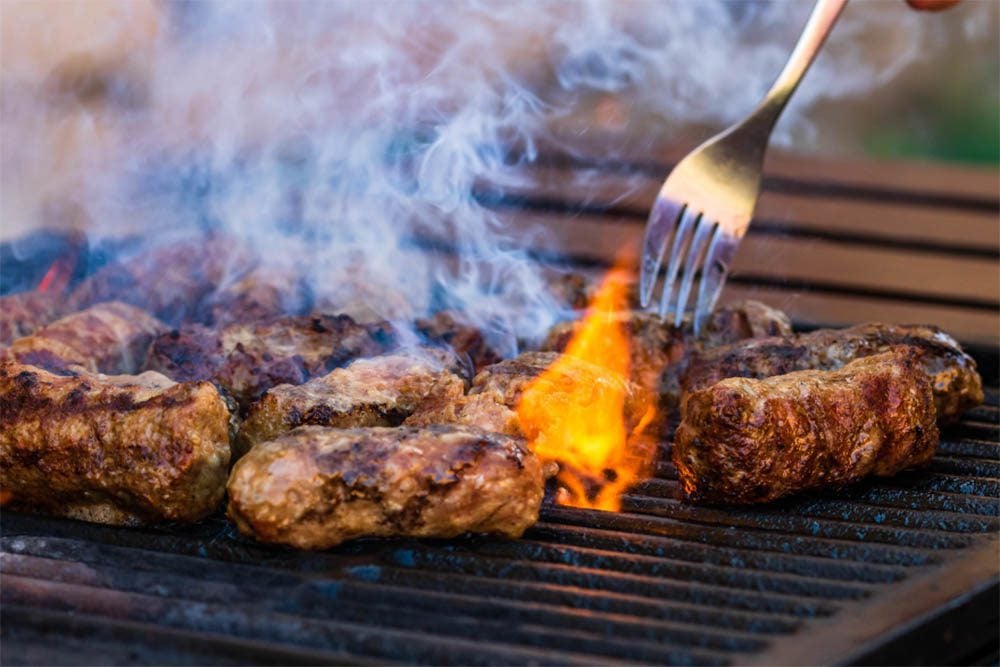 The name translates directly into “small ones”, because traditionally, these rolls are only as big as a finger. (Nowadays you can find them in a bigger size).

These rolls are made from minced pork and beef, mixed in with plenty of seasoning, especially garlic and spices.

Once rolled into the right shape and size, they are grilled so that they are crispy on the outside, and juicy on the inside, a delicious combination that can be smelled from quite a distance away!

They are especially popular during barbecues and parties, as well as being a staple of Romanian street food. 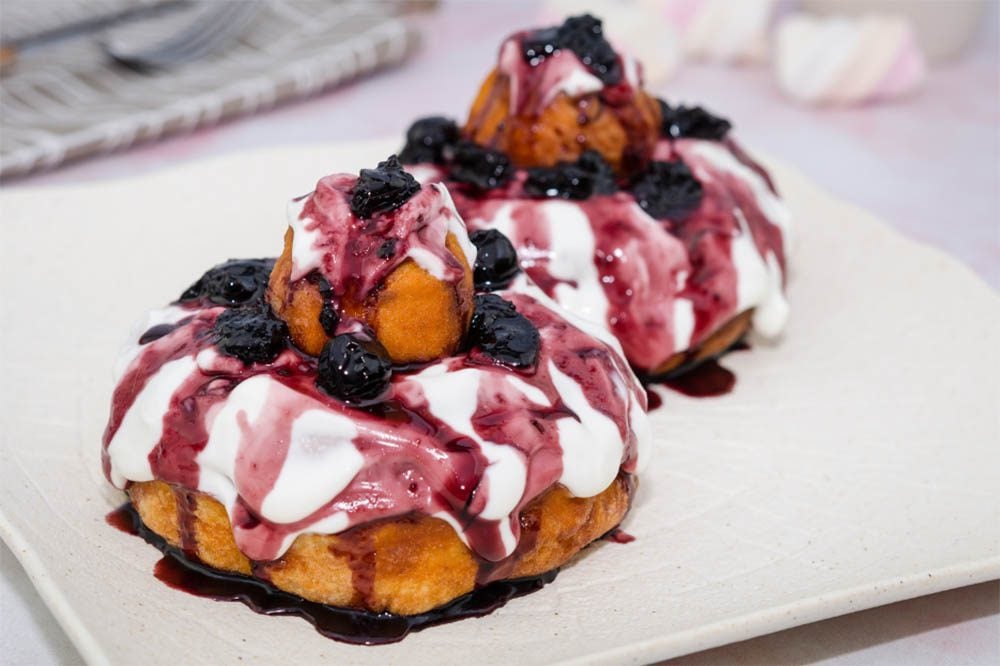 This is a delicious and highly popular dessert dish, traditionally linked to the northern regions of the country, but loved by Romanians all over the country.

It is basically a mixture of cottage cheese and semolina, shaped like a donut, that is fried and then covered in sour cream and jam.

Traditionally, the jam used is blueberry jam, but nowadays there are plenty of variations to suit different preferences.

It is a combination of both sour and sweet, making it appealing to many. It is also a very filling and heavy dessert, but it’s well worth eating as it’s a true delicacy of Romanian cuisine! 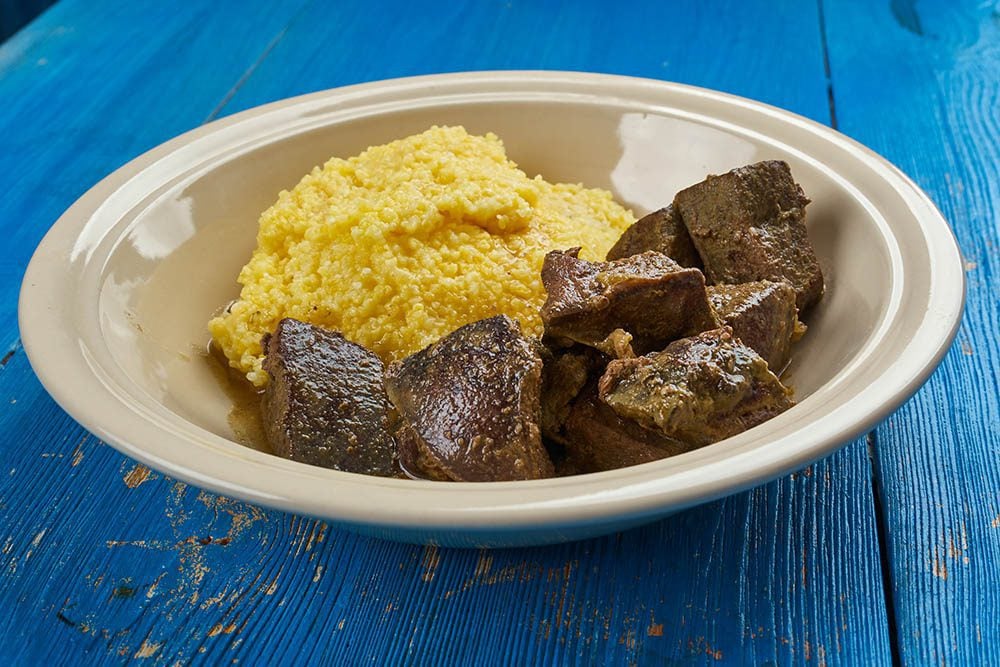 If you want an old traditional dish from Romania that goes way back in time, the Pomana Porcului is definitely the food for you.

It means “Honoring the Pig”, which is quite accurate, because the dish is made out of an old tradition of sacrificing a pig for the Christmas meal, out in the cold during December.

The dish itself is made by using fresh pork meat, from the sacrificed pig, which is then fried in its own fat.

It is then served with pickles, and sometimes with some extra vegetables or side dishes, with a strong savory flavor.

The key to getting this dish right is for the pig to be freshly slaughtered, or else the taste of the meat isn’t quite the same!

Salata De Boeuf is an incredibly common and popular dish within Romanian cuisine, also known as a beef salad.

It is a very easy dish to make, as it uses any ingredients that have been saved from making a soup, along with a variety of vegetables and small sliced pieces of meat.

The mixture also includes pickles, and everything is shaped into a long sort of cake, with mayonnaise. 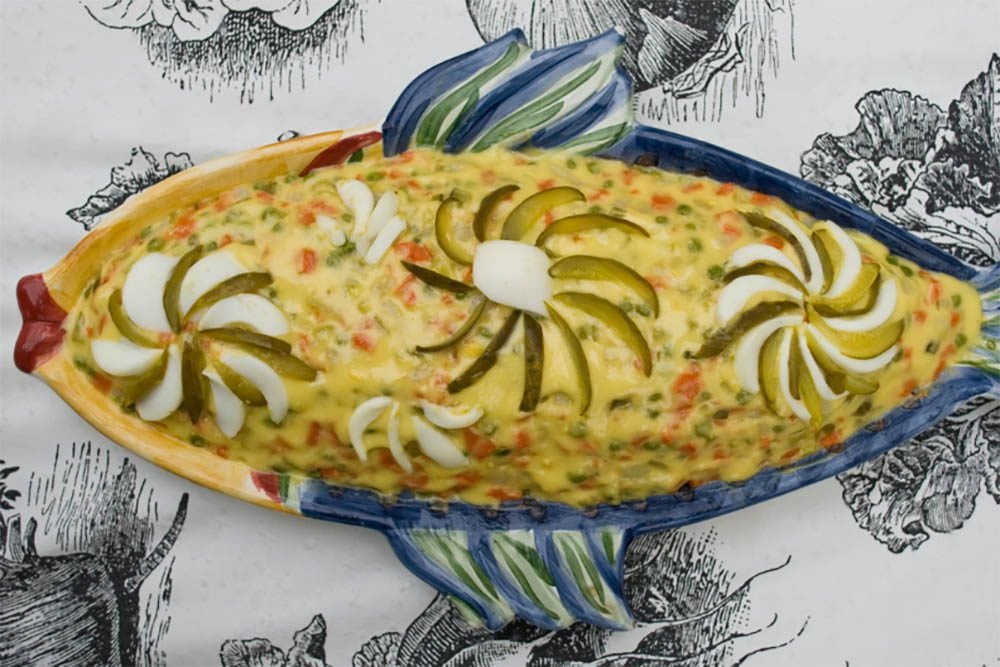 Although it is traditionally made with small cubes of beef, many people now prefer to make it with chicken, as it is then even easier to make.

It is considered to be a festive dish, and it is often served at dinner parties, gatherings, and celebrations.

It is heavy and filling, and the mixture of flavors might not be for everyone, but it is delicious for most! 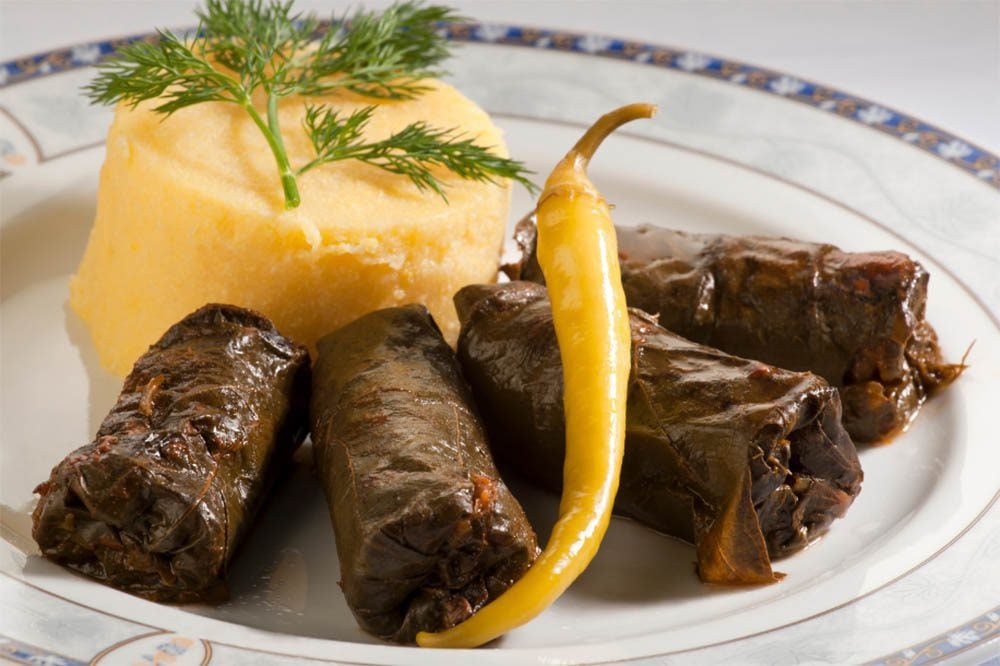 Sarmales are basically cabbage rolls, and they can be found all over the country as a popular snack, side dish, appetizer, or similar.

Sarmale is also traditionally served at Romanian weddings and during special celebrations and festivities such as the Christmas holidays or New Years’.

It is made with minced meat (usually pork), mixed with a combination of spices, rice, and onions.

The mixture is then rolled up in fermented cabbage leaves, which are then boiled for a few hours in a sauce made primarily of sauerkraut juice.

If desired, the minced meat can be replaced by a variety of vegetables, to make the dish vegetarian or vegan, so it can be adapted to different preferences and tastes.

If you visit Romania, this is a must and it will be easily found in any restaurant.

Romanian cuisine is full of heavy and filling dishes, savory and full of flavor.

There is something for everyone, and Romanian cuisine is also full of specific foods for different occasions and celebrations, so almost every meal feels special. 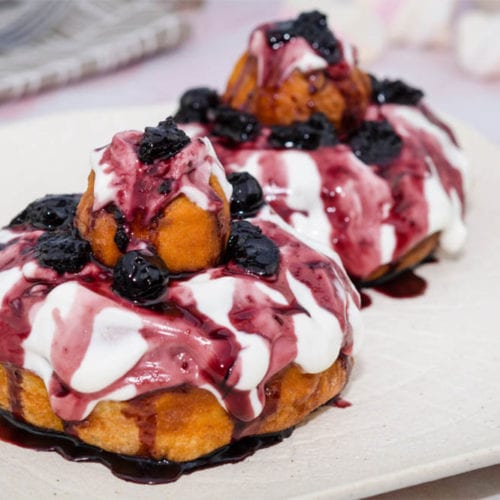