The microwave is a useful asset, but there comes a time when you have to ask yourself: Is it actually safe to be microwaving a Styrofoam container; either a Styrofoam plate or Styrofoam cup?

There’s a degree of common sense involved when it comes to microwaving containers. We know that it’s a bad idea to microwave things like metals like aluminum foil and a lot of plastics. These sorts of materials can be bad news for your health. 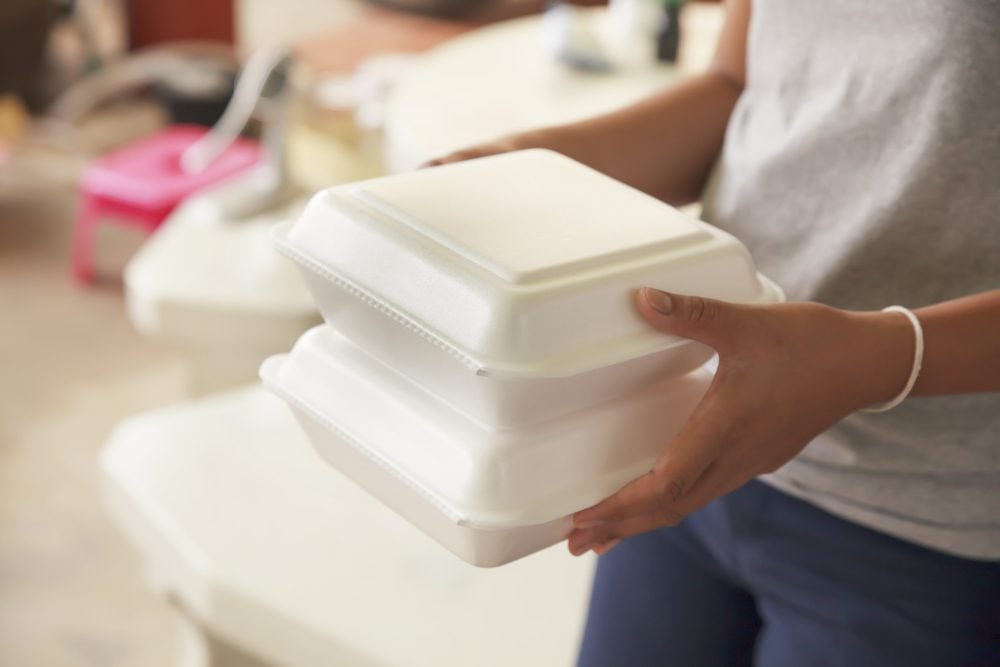 With that being said though, there are some Styrofoam containers that are completely fine to be used in a microwave.

Should you microwave Styrofoam? If you’re looking for the short answer, then it’s a no. For this article, we’re going to be doing a deep dive into microwaving Styrofoam. Polystyrene foam, which is the basis for the polystyrene container needs to be carefully handled before putting in a microwave oven. the foam container is different than a plastic container.

What Kinds of Styrofoam Containers Are There?

There are a few different types of Styrofoam containers out there. First of all we have coffee cups. As the name suggests, they are usually designed to hold things like coffee, tea or hot chocolate.

They can sometimes be used to hold stews, soups and chili instead of using bowls.

Next we have Styrofoam plates. These are very affordable choices and this makes them perfect for things like parties! You can also throw them away after you have used them.

Sometimes people will use them the next day to heat up food in the microwave, or sometimes the plates are used by people that are late to parties when all of the normal plates have run out.

Cup noodles are all the rage, and they’re usually in Styrofoam containers! Should you microwave them? In most circumstances, you’ll get one of two directions. Some cup noodles may suggest adding some boiling water.

Others will say that it’s a good idea to fill the container up with tap water and putting it completely in the microwave to heat it up.

If you’re getting takeout then you’ll usually get it in a take out container. Most people will just reheat it in the microwave rather than taking the contents out and putting them onto a separate dish. It’s faster and a lot easier.

The first question to ask is this: what exactly is Styrofoam? Well, the main thing that Styrofoam is made out of is polystyrene. This particular material contains molecules of benzene and styrene.

As you may expect, these are incredibly toxic.  Both of these chemicals have possibly neurotoxic and carcinogenic chemicals inside of them. And that’s without even mentioning the other potential side effects that they may cause!

Ultimately it comes down to a debate about heated chemicals. If you heat polystyrene, are these toxic chemicals making their way into your food?

Well, some reviews by the National Institute of Standards and Technology - NIST for short - have stated that polystyrene begins to compose at around 200 degrees Celsius.

At this temperature, the polystyrene gets released in small amounts.

When you heat it at 224 degrees, however, the polystyrene breaks down. You can only begin to imagine the amount of toxic substances being released into your food at this temperature.

As such, cooking things in Styrofoam at this temperature is an incredibly bad idea. If you fancy cooking your roast dinner in the microwave when it’s in Styrofoam, you had better think again.

It will pretty much certainly melt the polystyrene.

Okay, so will Styrofoam melt? In short, yes. If you microwave it for too long with very hot foods, you can get some rather scary looking results.

For instance, let’s say that you are cooking a cup of water inside of the microwave. Water will usually start to boil at around 212 degrees Fahrenheit. This is a little lower than when polystyrene will begin to melt into the microwave.

If you’ve put the water in polystyrene and it has melted though, what would happen?

Your cup is 5 grams and it’s melted - there’s around 10% of the polystyrene cup in your water. First of all, that’s gross, but more importantly, you’re swallowing around 500 mg of polystyrene.

Even if the pieces didn’t melt inside of the water, there’s still a decent chance that you are swallowing the particles of polystyrene, which isn’t good for you either.

These aren’t the only chemicals in polystyrene either. In some Styrofoam, manufacturers have added other nasty things in order to make it more affordable. Or perhaps they’ve done it to ‘improve’ the product.

This may begin to break down even more at lower temperatures than what polystyrene would typically melt at.

Is It Safe to Microwave Styrofoam - The Dangers of Styrofoam 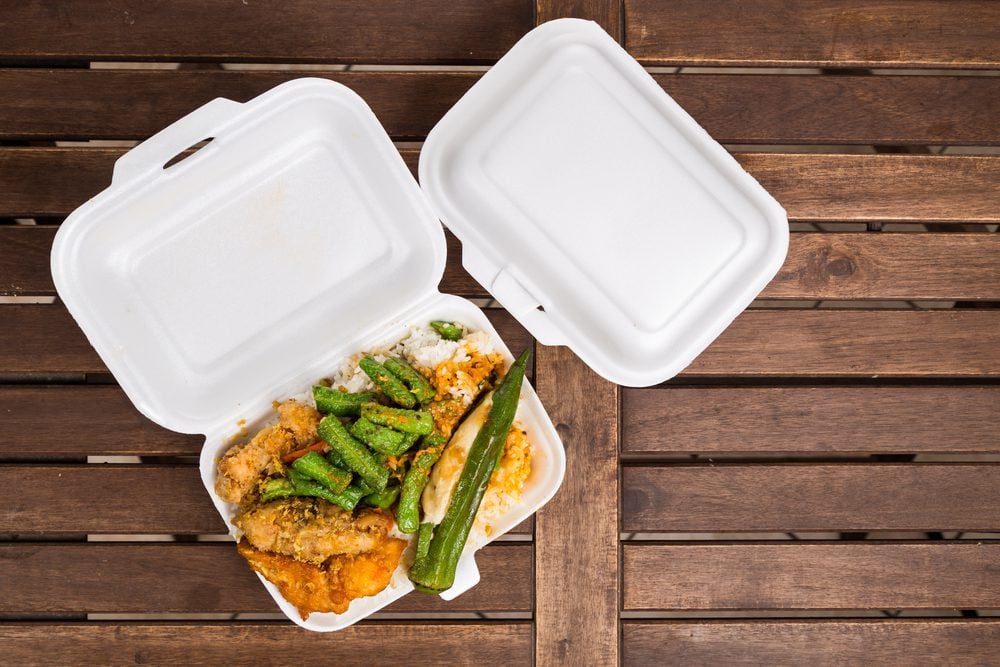 You may be wondering if styrofoam is flammable. Well, since styrofoam is made out of polystyrene, it is usually incredibly flammable. This does depend on the application, however - sometimes chemicals are added to it to make it more heat resistant.

That doesn’t mean that you should heat it though. These containers are usually incredibly thin and are not good to cook with. There’s a chance that they could catch fire.

There are a few physical symptoms that you may experience if you ingest the chemicals in Styrofoam. These include the following:

What about cancer? There are a lot of articles out there saying that styrene can cause cancer. Unfortunately, styrene has indeed been listed as a potential carcinogen, so it’s important to be very safe about how you use it.

Of course, many of the risks associated with putting Styrofoam in the microwave haven’t been extensively researched at this point. For that reason, it can sometimes be difficult to know if it will cause you harm.

Naturally, there are some very obvious conveniences associated with microwaving Styrofoam. First, it’s easy. It’s also very affordable and you can toss it out afterwards, eliminating the need to wash the dishes.

Do these benefits make it worthwhile to microwave Styrofoam? That’s for you to decide.

Is It Possible To Know If Styrofoam is Safe to Microwave?

Check the container - does it say that it’s microwave safe? If not, then keep it away from the microwave. Even 20 seconds in the microwave could result in disaster if you aren’t careful.

You will see a microwave symbol on some containers - it looks like a microwave and has wavy lines in the middle.

It may differ between manufacturers, but it will generally look similar.

Can I Microwave Styrofoam?

There’s no real data out there to suggest that it’s remotely safe to heat Styrofoam in the microwave.

As such, it’s best to avoid doing so. It’s not necessary - it’s better to avoid taking the risk and use a different option, even if it means that you have to do some dishes. Your health always trumps the ease of doing something.

Some potential substitutes include using glass or Pyrex containers, ceramic plates, or you could just cook the food in a pan.