You have probably already heard of Cilantro and Coriander. But, you may not have known that they are the same thing. Both Cilantro and Coriander are a popular fresh herb, used in lots of different dishes to season food. In particular, they are popular in South Asian cuisine, where their distinct taste and smell compliments the other ingredients exquisitely.

But, as with many herbs and spices, you may find that you do not use Cilantro all the time. As it is a herb that is mainly used fresh, this can be incredibly frustrating as you may find that the plant has gone off by the time you use it next. So how can you preserve cilantro? 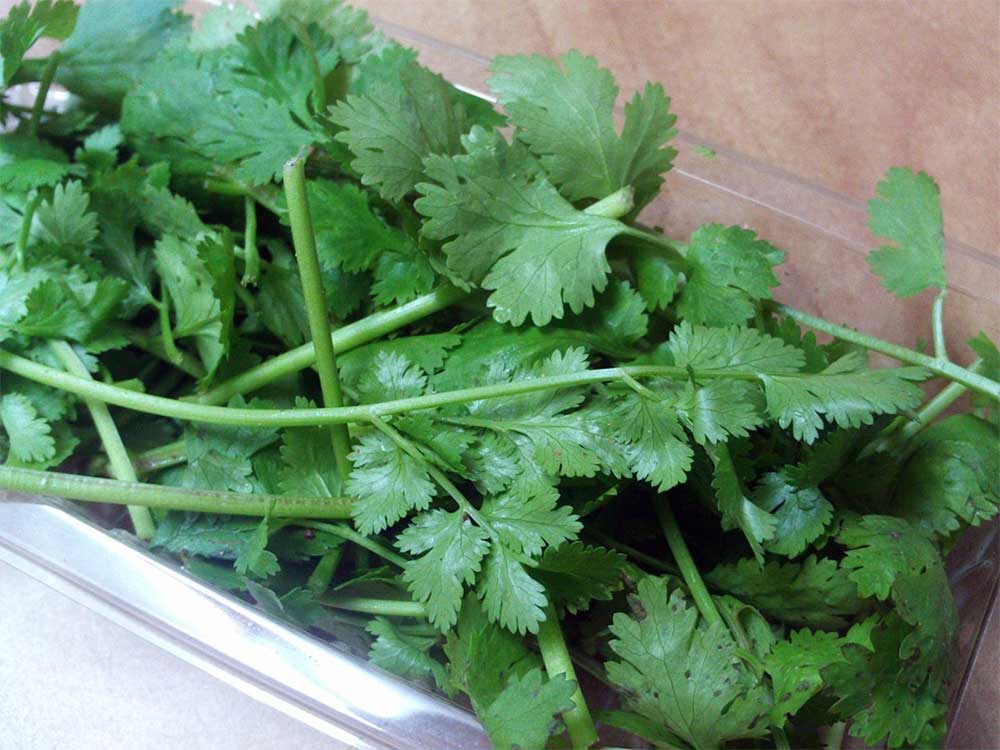 But before we get into that, let’s take a look at some fun facts about Cilantro. A lot of people know what Cilantro is, but not many people actually know anything about it. Most people simply use it in their recipes, and think nothing of it. But, when you actually sit and think about Cilantro, there are probably lots of unanswered questions that you have about this herb.

Starting with why Cilantro is also called Coriander. Traditionally, cilantro was known as ‘coriander’, and this name was given to the herb from the Greek word ‘koris’. This word directly translates to ‘bugs’, which can be quite confusing. However, at the time, people believed that the seeds of a coriander plant smelled of bed bugs, so this herb was given its name.

But, cilantro and coriander aren’t the only two names given to this plant. In fact, you might also have heard this herb referred to as ‘Pak Chee’ or ‘Chinese Parsley’. It can be difficult to comprehend why this herb is known by so many names, but it is simply because it is so popular. Even though its name hails from Greece, this herb was also used by the Romans, and even the Ancient Egyptians. So it has been very popular for a very long time.

However, in the modern day, the most common place to find cilantro is in South Asian cuisine. South Asian food is packed with lots of different flavors that come from a variety of herbs and spices. So, cilantro is the perfect fit as it not only has a strong taste, but it also has a very aromatic smell, the kind that makes you desperate to eat whatever is cooking. This is why cilantro is so commonly used in Malaysia, China, and India, as well as Spain and Mexico.

While cilantro is great for using in dishes, as we established earlier, it isn’t great to keep. Cilantro tastes best when it is fresh, but keeping it fresh is insanely difficult. Most herbs and spices are fairly hardy, but cilantro sadly isn’t, and within a few days, your fresh cilantro will have turned.

So how can you preserve your cilantro and keep it fresh for longer? Let’s take a look at some of the best methods for this.

As we have mentioned, there are some methods of preserving cilantro that are highly effective. But there are a lot of others that are not. Let’s begin by taking a look at the methods which usually work well.

Can You Freeze Cilantro - Method One: Blanch it, then Freeze it

How to Freeze Cilantro - If you want to preserve your cilantro for a long time, then this is the best method for you. By doing this, you will be able to extend the shelf life of your cilantro from a few days to a whole month, and it is actually really easy to do.

When the water has boiled, you should take your fresh cilantro, and insert the ends of it into the hot water for a few seconds. You will know when to stop as the leaves will begin to wilt. As soon as you observe this, you should remove the cilantro, and place the leaves directly into your freezing cold water. This is blanching.

The blanching process will preserve the leaves by killing the bacteria that causes cilantro to decompose. Then placing the cilantro in ice-cold water will stop it from cooking, ensuring that your cilantro is okay to use in the future. After you have held the cilantro in the   water for a few minutes, you should remove it and dry with paper towels. You can then remove the cilantro leaves from the plant, and place in a freezer bag before putting in the freezer. Any plastic bag will do.

You can also put the cilantro in an ice cube tray. The frozen herb or cilantro cubes can be used in future cooked dishes. My favorite is a cilantro lime rice recipe. Use the cilantro ice cubes the same way you would use chopped cilantro, dried cilantro or cilantro leaf. Freezing herbs can be a great option for winter use. Plus it's an easy way to store cilantro. The leafy herb is great all year round. You can store fresh basil the same way for great flavor.

Once your cilantro is finely chopped, you will then need to add it to a blender. Before you do anything else, you should also add half a cup of olive oil to the blender, then turn it on. There is no set time that you should blend for, but you must keep a close eye on your cilantro. If you blend it for too long, it will become a paste (which you do not want), so it is important that you stop blending when the cilantro becomes coarsely chopped.

After that is done, you can then remove your cilantro from the blender and place it in an airtight container or bag. Then, all you need to do is keep it in the refrigerator until you want to use the cilantro in the future.

But, perhaps, the best way to preserve cilantro is to use water. This process is very simple, which is why it is so popular. To do this, you need to begin by chopping the ends of the cilantro plant with a knife or a pair of scissors.

You should then fill a jar halfway with water and submerge the cilantro in the jar. Ensure that you place the ends that you chopped into the water, not the leaves. You will then need to wash the leaves of the plant. Some people choose to do this before, so the decision is entirely yours. Once you have washed the leaves, you will then need to pat them dry with paper towels.

After your leaves are dry, cover the plant and jar with a loose fitting plastic carrier bag. Use a rubber band to secure the bag in place, then leave the plant until you want to use the coriander. You should change the water every 3-4 days. Using this method will keep your cilantro fresh for up to 3 weeks.

In short, this has been a complete guide to preserving cilantro. So, if you have cilantro that you want to keep fresh, read this to find out what (and what not) to do.