As food trends come and go, you’ll find recipes are including more and more obscure ingredients that can be off-putting and awkward to source.

Chickpea flour is also gluten-free and a staple ingredient in Indian cuisine. And it’s growing in popularity beyond India, especially in the West, as a terrific alternative to wheat flour.

A few benefits of chickpea flour include low calories, high protein, low fat, and low carbs, and it is rich in fiber, folate, thiamine, phosphorus, copper, magnesium, and manganese. One cup or 92 grams of chickpea flour has a bit more folate than the human body requires in a day. Folate is a vitamin shown to play a vital role in helping to prevent fetal spinal cord defects during pregnancy.

One such ingredient that we have seen added to ingredients lists more and more is chickpea flour.

While chickpea flour isn’t the most obscure ingredient in the world, it’s still not as easy to find as wheat flour and not all local grocery stores will stock it. 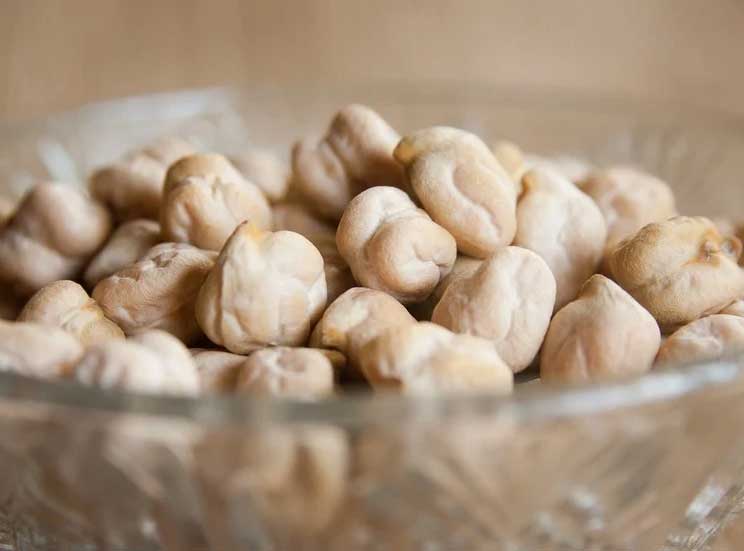 Fortunately, we’ve come up with a list of our favorite chickpea flour alternatives to help you out when you’re in a baking bind.

Keep reading to find out.

What is chickpea flour?

Chickpea flour is made from chickpeas, also referred to as garbanzo beans. Chickpeas are a popular addition to vegan and vegetarian dishes such as hummus, falafel and curries.

Chickpeas come with a huge range of health benefits and are super tasty too.

Using chickpeas to make flour isn’t a new concept, but it has grown in popularity in recent years.

The flour, sometimes also called gram flour or besan, is made from the most common type of chickpea: desi chickpeas.

Regular chickpea flour is produced by grinding dried kabuli chickpeas. Another variation is better known as gram flour. This is made by removing the dark hulls from dried chickpeas and splitting the inner seed, which is then ground into a fine powder.

Why use chickpea flour?

Chickpea flour is often used as a binding agent in vegetarian dishes like burgers and fritters, but it’s also great in regular cooking for thickening sauces and soups and even for baking things like waffles and muffins.

It’s particularly popular in gluten-free cooking and baking because it doesn’t contain any wheat or gluten.

It’s particularly good for using in cooking and baking because of its neutral flavor. So, the dish will ultimately be flavored by the seasonings and anything else you add to it rather than the chickpea flour, even if it consists of large amounts of it.

In most parts of the world, chickpea flour is relatively easy to find in grocery stores etc. but it isn’t widely available everywhere. Fortunately, there are lots of flour alternatives that will do the job and may be easier to get your hands on. Alternatively you may have just run out of chickpea flour and instead of running to the store, you may have a perfectly good alternative already sitting in your pantry.

So, keep reading to find a list of the best chickpea flour alternatives that can do the job just as well.

In terms of appearance, Spelt flour is similar to regular wheat flour, and it’s a great substitute for chickpea flour.

It works really well when used for baking, especially muffins and cookies. In terms of taste it has a subtle but nutty aroma, but it won’t overpower your baked goods.

It’s not great for dishes that require flour to rise like bread and other cake-like desserts, but it’s a nice healthy alternative if you’re just making brownies or cookies etc.

You may not be able to find it in all stores, but there’s plenty of options to purchase it online, or you will likely find it in larger grocery stores with more options to choose from.

This flour is fine in consistency and is made from ground quinoa seeds, making it another great gluten-free flour alternative.

Quinoa flour is also great to use in diet dishes if you’re watching your weight, compared to chickpea flour. It works really well in binding veggie burger patties and in homemade falafel.

The distinctive quinoa taste adds even more delicious flavor to any dish. That being said, the stronger taste means quinoa flour is not so great in desserts and other baked goods like cakes and cookies.

Buckwheat flour is more absorbent than other flours like chickpea and wheat flour, which is what makes it so great for making gluten free pasta and noodles.

The cereal has been used in cooking for centuries and is commonly used in modern day cooking in dishes such as flatbread, tortillas, crackers and more.

Much like Spelt flour, it is nutty in flavor, which gives dishes like those mentioned above some lovely added depth of flavor.

Millet flour is good for making bread, pancakes, crackers and more due to its mild flavor making it perfect for sweet and savory foods.

Millet is also a prebiotic which helps bacteria to grow within your digestive tract to protect against illnesses such as colon cancer and helps with digestion.

This alternative flour is also gluten free and very good for you. In fact, it’s filled with nutrients like amino acids and fiber as well as protein.

The only downside is it’s not great for using to make baked goods, so you would need to mix it with some wheat flour or another raising agent for best results.

If you don’t have any special dietary requirements such as gluten free, wheat flour is probably the best option. Wheat flour is the most commonly used flour and is known for making delicious bouncy breads, donuts, waffles – you name it! Its impressive ability to make the fluffiest baked goods makes it a favorite among many avid bakers.

It’s also a great source of protein, iron, fiber, calcium and more. The main downside being it is not suitable for those who are sensitive to gluten, which is why many gluten free eaters rely on alternatives like chickpea flour in the first place.

Made from ground almond, almond flour is another excellent chickpea flour alternative. It’s super rich in protein and packed with nutrients. It works best in sweet dishes due to its slightly sweet flavor compared to chickpea flour.

That being said, it is often used in other dishes such as burgers, meatballs and bread as it’s good at binding ingredients, and it can have a slight nutty flavor too.

This is also a great option that you can easily make yourself! All you need to do is grind almonds using a food processor or blender until you get it down to a lovely fine powder. If you don’t want to include the slightly more bitter taste of the almost skin, we recommend peeling the almonds first.

This flour is made from rolled oats and is another gluten free option (so long as gluten free oats are used).

Its texture is silky smooth and gives your dishes a lovely oaty taste. The best thing about this option is how common it is, so you should have no issues trying to locate some, and you may even have some already at home.

Besides, much like almond flour, oat flour can be easily made at home using rolled oats and a food processor. If you make a large batch, you’ll be able to store it to use again in the future.

This flour is also packed with nutrients such as copper, magnesium, fiber, vitamin B1 and more!

A much more obscure alternative is cassava flour. You may struggle to find this at your local grocery store, but it can be easily purchased online.

It’s a source of protein and has antioxidant properties known to support your immune system. Plus, it’s gluten free, so it can be used in gluten free cooking and baking.

The only issue with this flour, like a few others on this list, is its inability to help dishes rise, particularly if making breads or cakes.

You would have to mix it with wheat flour or another raising agent to use it in baking. That being said, it’s great for making tortillas and crackers and adds a delicious nutty flavor!

Finally, the last option in the list, but certainly not least, is seitan flour. Again, much like cassava flour, it won’t be as easy to find as wheat or oat flour, but it makes for a great alternative to chickpea flour.

This alternative is not gluten free as it is made by kneading wheat flour with water. Seitan is the main protein component of wheat. So, it’s the perfect flour to use when making stretchy foods like breads and other doughy foods.

It has a very savory flavor so wouldn’t be best in sweet dishes.

As you may have noticed from the description of these chickpea flour alternatives, different flours work better with certain dishes than others. So, we’ve put together a guide on when to use what flour to achieve the best results.

You can also use garbanzo bean flour, rice flour, or almond meal. Enjoy! 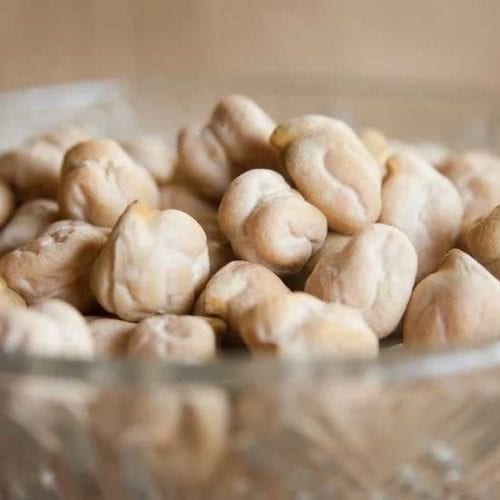 These options are sure to be a hit. So, gather your family and friends and enjoy. Let us know your thoughts!
4.86 from 7 votes
Print Recipe Pin Recipe
Total Time 9 mins
Course Substitute
Cuisine American
Servings 4
Calories 144 kcal

Calories: 144kcal
Keyword chickpea flour substitutes
Tried this recipe?Let us know how it was!