Oyster sauce is a common ingredient in stir-fries. It is made by cooking oysters in water for a long time.

How did oyster sauce come to be, anyhow? Who got the idea to boil oysters in a pot of water to draw out the flavors and make a sauce? It’s hard to trace the origins of many foods, but with oyster sauce, we actually have an origin story to share with you.

The year was 1888 and a southern Chinese restaurant owner named Lee Kum Sheung was cooking oyster soup when he forgot about his soup that was simmering on the stove. By the time he remembered the soup, it had simmered until it turned into a thick gravy. When he tasted it, he knew he was onto something.

The cooking liquid is then drained and caramelized. This is then combined with sugar, salt, soy sauce, and cornstarch to thicken.

Traditionally nothing else was indeed, however most oyster sauces today contain caramel colorings, oyster extract, preservatives, and starches to make the sauce more shelf-stable.

It is a commercially produced Chinese and Thai sauce. 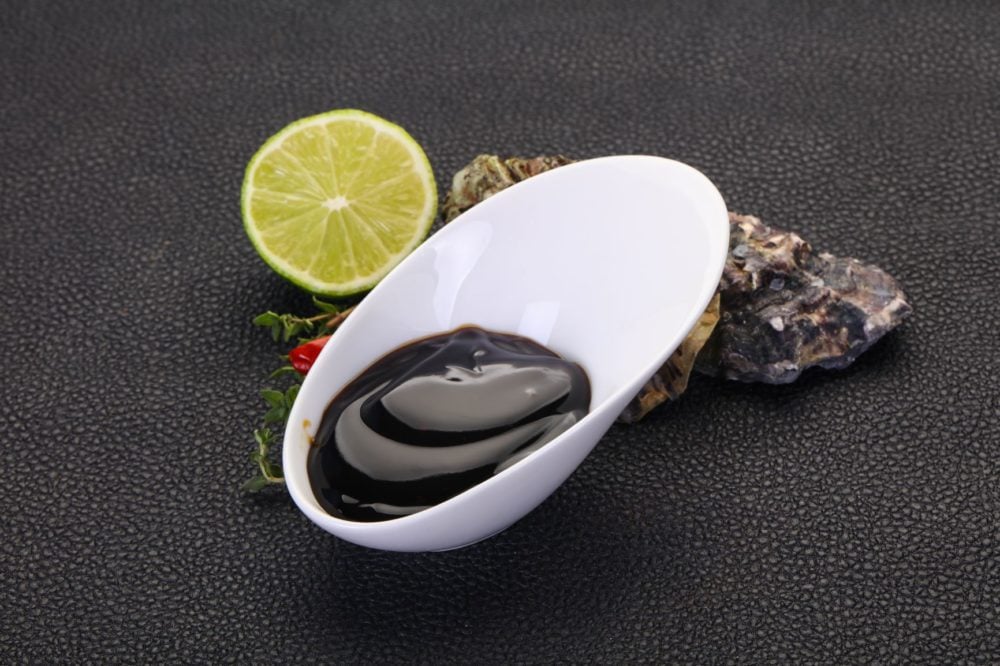 Oyster sauce is dark and thick, almost resembling a mixture between bbq sauce and soy sauce. It’s salty, sweet, and adds a hit of umami to the dish.

Not everyone can eat this dish, for instance, vegans, vegetarians, and people with shellfish allergies. What can you substitute to make your favorite dish for them? What if you don’t have oyster sauce in the cupboard?

We have rounded up some of the best substitutes for oyster sauce available. Some of these are ready-made products, others are formed of a mixture of store cupboard staples to create a similar flavor profile.

This has a much more liquid consistency than oyster sauce and tends to be saltier as well. For this reason, you should use a little less soy sauce than the recipe calls for of oyster sauce.

It works well to create a note of umami in the dish. We suggest using about half the volume of soy sauce as stated you should be using of oyster sauce.

You could also add a little sugar to create a sweet element if you like.

This is known also as kecap manis. It is a sauce originating from Indonesia and can be used effectively as an oyster sauce substitute.

Like above, you do not need to replace the oyster sauce with an equal volume of kecap manis, instead we suggest adding half as much to begin with and adding more to taste.

Soy sauce plus sugar and Worcestershire 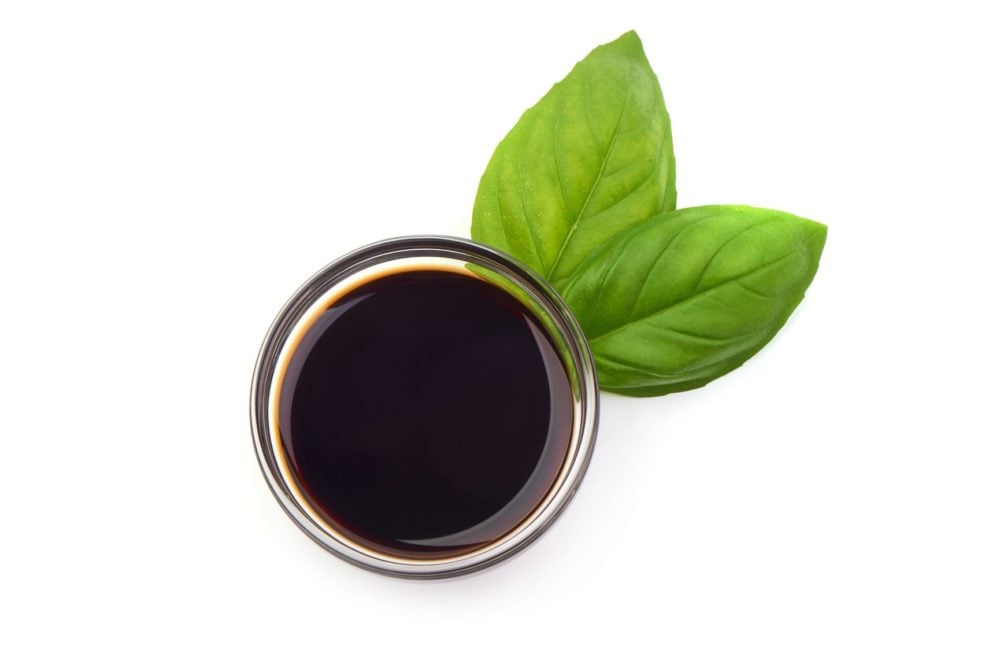 This is relatively similar to the sweet soy sauce option mentioned above. Simply add ½ teaspoon of sugar to regular soy sauce to sweeten it a little.

Add in a few drops of Worcestershire sauce to taste, to mimic the taste of oyster sauce.

Despite both sauces being made from sea life, fish sauce and oyster sauce share very few of the same flavor profiles. Fish sauce tends to be made primarily of salted and fermented krill.

This is much stronger than oyster sauce and you will commonly only need to add a couple of drops to any recipe.

This is a good substitute that is suitable for both vegetarians and vegans. This would be considered a vegetarian oyster sauce. A mushroom sauce is yummy particularly if made with shiitake mushrooms. If you’re feeling particularly adventurous throw some Chinese broccoli in as well. I prefer dried shiitake mushrooms for that real mushroom flavor. I add teriyaki sauce, sesame oil, miso paste, and umami if I have it.

Dissolve one cube of concentrated mushroom broth in half of a cup of boiling water in a pan. Add in 2 tablespoons of brown bean sauce and 1 tablespoon of sugar. Boil for a few minutes, whisking to combine.

Whisk this into the boiling liquid in the saucepan and continue stirring until it thickens. The consistency of the sauce should imitate that of oyster sauce.

This paste is vegan too. It is made from black beans that have been allowed to ferment. This has then been mixed with vinegar, soy sauce, garlic, and sugar.

It has a similar color and consistency to oyster sauce and will replicate the texture in your dish beautifully.

We recommend substituting black bean paste for oyster sauce in a 1:1 ratio.

This is another good vegan alternative to oyster sauce. It is primarily composed of soybeans to create a base.

This is then flavored with sugar, salt, flour, cornstarch, mushroom flavoring, preservatives, and caramel coloring.

This can be substituted for oyster sauce in equal proportions. It does contain wheat, meaning that it is not suitable for those with gluten intolerances or who are celiac.

This is a sweet and salty sauce, making a solid replacement for oyster sauce if you do not have any.

It can be used in the same quantities as the oyster sauce your recipe is calling for.

This should be combined in equal proportions. This will create a sweet, salty, and viscous liquid similar to that of oyster sauce. It can be used in the same ratio as the oyster sauce.

For instance, if your recipe calls for 1 tablespoon of oyster sauce, mix together ½ tablespoon each of hoisin sauce and soy sauce.

To make this, you will need half a pound of shucked oysters, salt, and soy sauce.

Drain the liquid from the shucked oysters and place this to one side. Cut the oysters finely into a mince. Add in 1 tablespoon of water and the drained liquid we set aside earlier.

Add to a saucepan and bring to the boil. Reduce the heat and simmer the contents of the pan for 10 minutes.

Take the pan off of the heat and add some salt. Leave the contents to cool completely. Pass the mixture through a sieve to remove any lumps.

Measure out the volume of the sauce in cups. For every half cup you have, add 2 tablespoons of light soy sauce. Mix well and add half a tablespoon of dark soy sauce.

Return the liquid to a saucepan and bring to the boil once more. Simmer for a further 10 minutes, and then your sauce is ready.

In 2021, there are now multiple vegan and vegetarian oyster sauces commercially available.

These can be used as direct substitutes for traditional oyster sauce and will create a nearly identical appearance and flavor profile.

What can I use instead of oyster sauce in stir fry?

The quickest substitutes for oyster sauce are soy sauce, sweet soy sauce, or hoisin sauce. Oyster sauce is an ideal sauce for stir fry as it combines sweet, salty, and umami. The thick, almost syrupy, texture, is perfect for coating the food and works for marinades.

Soy sauce is a good base, and a few drops can be used as a quick substitute. Alternatively, it can be mixed for a better match. Adding a minimal sprinkle of brown sugar will get you close.

Sweet soy sauce has the salt and umami flavors of oyster sauce, but with a greater sweetness. Use sparingly if you choose this option.

Hoisin may also be used on its own.

Can I replace oyster sauce with hoisin?

Yes, you can replace oyster sauce with hoisin sauce, but it won’t be an exact match. Oyster sauce has the brininess of fish, rather than the saltiness of hoisin.

However, in terms of texture and basic flavors, hoisin is a solid substitute. It can be used in the same amount as oyster sauce as well, to create an easy substitute.

The substitution can be improved, and this is done by mixing hoisin and soy sauce in a 1:1 ratio. This captures something very close to the sweet and salty blend of oyster sauce, with that added hit of umami. It also maintains the texture.

Although slightly more effort, it’s worth doing, especially if you have both ingredients. Hoisin on its own lacks the umami of oyster sauce, where soy sauce doesn’t have the sweetness. Together, they’re the closest substitute you can get.

Is oyster sauce and Worcestershire sauce the same?

Oyster sauce and Worcestershire sauce are not the same, but they do share similar properties. Both are made using seafood to give an umami taste, and both are used to enhance savory food.

The two can be used in place of the other, but they aren’t the best substitute. Worcestershire sauce would be overpowering if used as a direct substitute of oyster sauce. It would also need to be thickened, for a closer texture match.

If you have Worcestershire sauce and want to use it as a replacement for oyster sauce, mix a few drops with soy sauce and sugar.

There are many substitutes for oyster sauce available.

We recommend starting with the minimum substitution quantities we have stated, adding more to taste. This prevents you from over salting or massively over flavoring your dish.

We suggest experimenting with substitutes to see which you prefer. 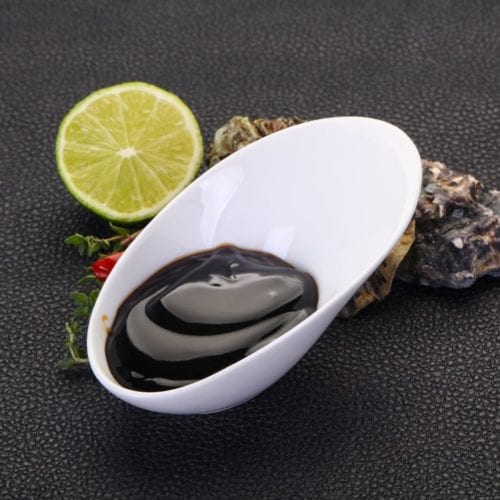 These options are sure to be a hit. So, gather your family and friends and enjoy. Let us know your thoughts!
5 from 5 votes
Print Recipe Pin Recipe
Total Time 9 mins
Course Substitute
Cuisine American
Servings 4
Calories 210 kcal

Calories: 210kcal
Keyword oyster sauce substitutes
Tried this recipe?Let us know how it was!