Potato soup is the perfect companion to a chilly winter day and this Paula Deen crockpot recipe will keep you warm all season long.

Although potatoes are an important food all over the world, food experts believe that they are only truly native to the continent of South America. In South America, there is a huge diversity of wild potato varieties. Spanish explorers brought potatoes to Europe when they explored the New World, and now, potatoes are the world’s fifth most important crop.

Believe it or not, in the 1700s, some people were bewildered by potatoes. The flowers that potato plants make were actually coveted by royalty, who wore them in their hair and buttonholes. Who knew the history of the humble potato was so complex?

The best part about a crock pot is that once you throw all your ingredients into the pot, you can spend your time focusing on the other errands you have to run that day.

The creamy and rich flavors of this soup will have your family asking why you don’t make it more often.

Try out this Paula Deen crock pot potato soup recipe the next time you’re looking for a warm meal to fill you up.

Usually, potato soup can take some time to make and simmer on the stove, but using a crockpot means you free up some extra time for yourself.

Having the smell of a warm potato soup emanating throughout your home really brings back memories of childhood.

This Paula Deen potato soup is great too because it allows all the ingredients to simmer for a long time together, which helps them release as much flavor as possible.

Why find your own random potato soup recipe online when a great chef like Paula Deen has already done all the work for you?

When you’re wanting a hot meal to fill you up then trust this slow cooker potato soup recipe to give you what you need.

There are even some tricks and tips you can use to make this Paula Deen crockpot potato soup recipe even better.

Making a great potato soup isn’t just about following a recipe exactly how it states. It’s about finding your own groove and mixing in some ingredients you know will taste good.

To give your potato soup a flavor that you and your family will enjoy, use the following tips and tricks the next time you bust out your crockpot. 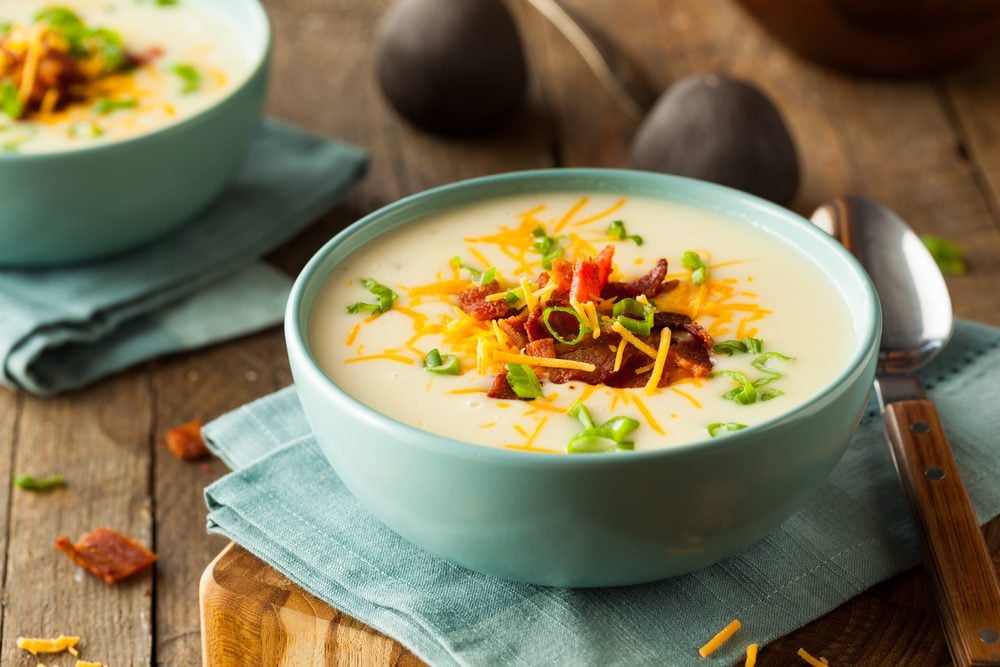 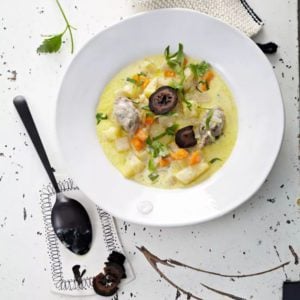 Save this Paula Deen Potato Soup for a nice cold winter day so you can stay nice and warm on the inside while having a delicious and filling meal.
5 from 10 votes
Print Recipe Pin Recipe
Prep Time 15 mins
Cook Time 5 hrs 30 mins
Total Time 5 hrs 45 mins
Course Soup
Cuisine American
Servings 5
Calories 334 kcal

Calories: 334kcal
Keyword Paula Deen’s Crockpot Potato Soup
Tried this recipe?Let us know how it was!