The coarse texture of kosher salt makes it a great addition to certain recipes, however, due to its flakiness, it is not suitable for all types of cooking. There are many types of salt available, most of which vary in size, grain, and texture but share a similar saltiness. In instances where kosher salt cannot be added to a recipe, it will typically be sprinkled on top of the finished dish to enhance the flavor.

Salt is an ingredient that brings out the flavor in food. It can be the difference between a bland dish and one bursting with delicious flavor. Of course, too much salt can harm a person’s health, but salt is also a significant part of our daily diet.

Also, our bodies require a certain amount of salt to function, as salt deficiency can lead to symptoms such as reduced hydration, headaches, muscle cramps, increased risk of heart attack, weakness, irritability, and cognitive decline in older adults. Salt also increases our body’s ability to conserve water, which is very useful for emergencies.

Some people argue that there is a noticeable difference between the different types of salt. Of course, the texture of kosher salt makes it fairly easy to distinguish and it is also free of additives. 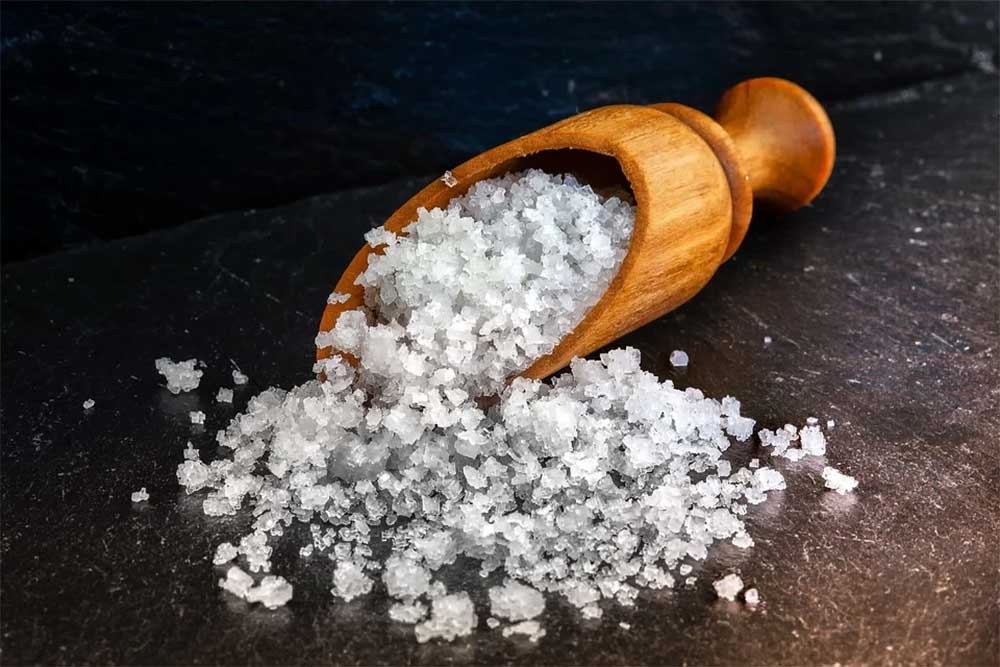 Salt is a staple in many cooking and baking recipes and is often used to season a meal too. This nutrient comes from two main sources. It is either extracted from salt mines or distilled seawater. Aside from kosher salt, you can also get sea salt, table salt, Celtic salt, iodized salt, and rock salt.

Kosher salt is a particularly popular option amongst chefs as it contains naturally occurring minerals that create a natural flavor. Despite its name, it is not a kosher food. It’s typically used for koshering meat because the size of the crystals are effective in drawing out moisture.

Typically, Kosher salt is used in cooking rather than served on the table, however, it isn’t the best option for baking. Though it is free of additives, occasionally it may contain an anti-caking agent.

In some recipes, it may need to be added in larger quantities because although the flakes are larger they aren’t as dense as other types of salt. It can also take a while to dissolve so depending on the recipe you will need to ensure that there is enough liquid to break the flakes down.

If you do not have any kosher salt to hand or you are looking for a replacement, we have listed the best substitutes for you below.

Sea salt is created through the process of evaporating seawater. In some instances, other types of salt may not provide a sufficient substitute so sea salt can be used instead. The grains of course sea salt are a similar size to those of kosher salt and because of this, it can be added to a recipe in equal amounts. Aside from this, it also has a crunchy texture which makes it a viable finishing salt too. The taste of sea salt is also practically identical to kosher salt.

Often, sea salt is used to season dishes, but it can also be added to cooking recipes. The amount that you use will depend on the size of the flakes. Generally, it is recommended that you substitute 1 ¼ teaspoon of kosher salt that your recipe calls for with a single teaspoon of sea salt.

Table salt is one of the most common seasonings that is found in the kitchens of many and because of this, it is one of the most readily available kosher salt substitutes. As it is particularly versatile, it can be used for the majority of cooking and baking recipes. Though the size of the flakes can differ between brands, the crystals of table salt are typically fine and easily dissolvable.

Due to the difference in grain size, it is important to be careful with your measurements. If you are following a recipe that calls for a teaspoon of kosher salt, you should add either ½ or ¾ teaspoons of table salt. Essentially, you will be using slightly less table salt than you would use kosher salt. Remember that you will need to adjust the volume of salt that you substitute according to the flake size.

Pickling salt, sometimes referred to as canning salt or preserving salt, is sodium chloride that has been purely granulated. It has earned its name as it is commonly used for manufacturing and canning pickles. Unlike many other types of salt, it does not contain any anti-caking agents or iodine, because of this, it is an ideal replacement for kosher salt.

As it has small, fine granules it dissolves well in pickling brine. Whilst kosher salt has large grains, this salt does not so it may not be the best option for finishing or decorating a dish. Despite this, it can still be used in recipes that originally call for kosher salt.

If your recipe does not need you to add salt to create a crunchy texture, then pickling salt is going to be an effective substitute. Likewise, if you need the salt to dissolve quickly, opting for pickling salt is recommended.

As implied by its name, this salt is pink in color and is mined from the Salt Range mountains in the Punjab region of Pakistan. Just like table salt, Himalayan salt contains sodium chloride but it does not have any iodine.

The pink color will add an exciting decorative touch to your dishes and it can also be added to cooking recipes. Due to the size of the grains, it has a similar crunchy texture to kosher salt and it dissolves slowly too. It is also worth noting that it has a slightly sharper and more noticeable flavor.

In regards to its uses, this salt can be used to cure meats or enhance the flavor of dishes that would otherwise be a little bland. Aside from this, it can also be used to make sweet treats such as ice cream.

When using this salt as a substitute you will need to alter the measurements according to the requirements of the recipe and the difference in the size of the salt grains.

There are several salts available that can be used as a substitute for kosher salt. It is typically used to enhance the flavor of recipes, although it may not achieve the desired outcome with every type of dish. Kosher salt isn’t overly expensive; it tends to be free of additives, caking agents, and iodine.

In instances where you don’t have any kosher salt in your kitchen cupboards, you can use one of the salts we have listed above. Table salt in particular is a popular option that is found in the kitchens of homeowners. When using any of these substitutes, it is important to make sure that you use them in equal amounts to avoid hindering the recipe and outcome of the dish too drastically. 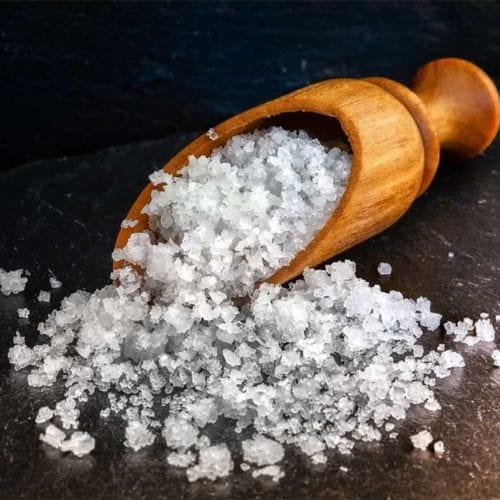 These options are sure to be a hit. So, gather your family and friends and enjoy. Let us know your thoughts!
4.86 from 7 votes
Print Recipe Pin Recipe
Total Time 9 mins
Course Substitute
Cuisine American
Servings 4
Calories 133 kcal

Calories: 133kcal
Keyword kosher salt substitute
Tried this recipe?Let us know how it was!