As anybody who lives on a vegan diet will know, it can be very difficult to find products that are vegan. You would expect there to be more options for people who are living a clean lifestyle, but sadly this is not the case.

Contents show
What are Cheerios?
What makes something Vegan?
Are Cheerios Vegan?
Summary
Related Posts:

While there are lots of benefits of being vegan, it can make your food shop hard. You may find yourself spending excessive amounts of money on vegan alternatives, or struggling to find vegan cereal, and it can be incredibly frustrating. 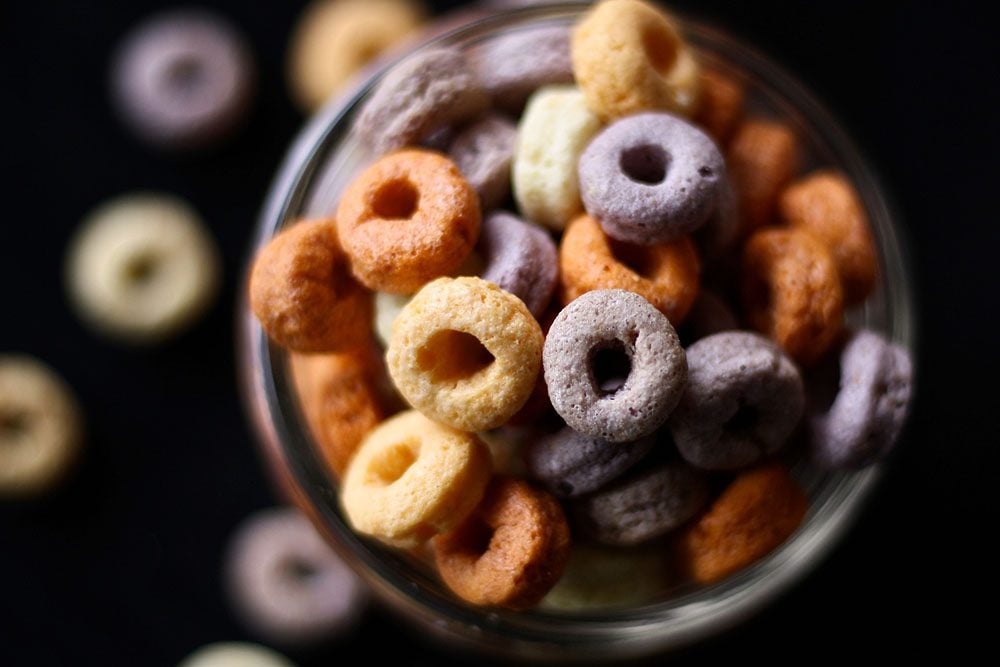 But something that you may not know, is that a lot of vegan products may not be marked as such.

So you shouldn’t immediately be put off of a product simply because it does not have a vegan label. Instead, you should check out the ingredients list before choosing not to purchase something.

One product in particular that a lot of vegans seem interested in is cheerios.

They are not labeled as vegan but a lot of people think that they are vegan because they are made with oats and generally appear healthy.

In this guide, we’ll be answering the question, ‘are cheerios vegan?’ and giving you lots of information about how to find out whether or not a product is vegan.

Unless you have been living under a rock, you probably will have heard of Cheerios.

They are a staple in the world of breakfast foods, and easily one of the most popular cereals that are in circulation.

For a lot of Americans, they are the option that you reach for when you want to alter your diet to eat healthier foods.

Cheerios are made with oat that have been mixed and shaped into small rings for healthy and fun breakfast cereal with multigrain cheerios, honey nut cheerios, cheerios crunch and frosted cheerios being the most popular. However, be wary of the refined sugar. Obviously cheerios aren't muesli but it is one of several vegan friendly cereals if you choose wisely.

It is a common misconception that all vegan food is healthy, and because of this a lot of people assume that all healthy food is vegan when this isn’t the case. But we’ll find out whether or not cheerios are vegan later on.

Originally, cheerios were designed to be a pretty much flavorless cereal brand. The cheerios flavor wasn't so much a design choice, but more so the only option as flavoring options were not as advanced as they are today.

But over the years, cheerios have advanced and now they are available in a variety of different flavors, including honey nut and apple cinnamon.

Despite this, the original cheerios still appear to remain the most popular option.

As we have mentioned, a lot of people just assume that because a food is healthy that it must be vegan, but anyone with experience in veganism will know that this isn’t the case. Before we find out whether or not cheerios are vegan, let’s first take a look at the deciding factors which determine whether or not a product is vegan.

What makes something Vegan?

It is safe to say that there are a lot of misconceptions about what being vegan means.

It is a term often linked with controversy, and a common butt of many jokes. Yes, veganism is one of the healthiest diets to follow, but that doesn’t mean that all vegans only eat vegetables and zero unhealthy food.

A vegan diet is actually a diet that consists of food made with absolutely zero animal products.

This not only includes meat, like a vegetarian diet, but it also includes any animal by-products or any ingredients that are manufactured using animal products.

As a lot of foods are manufactured using products that have come from animals, it really limits the options that you can choose which is why a lot of vegans end up following healthier diets.

While others will refuse to eat any food that can be associated with an animal throughout its existence.

So now that we know exactly what a vegan diet is, let’s find out the answer to the question you’ve all been waiting for.

Unfortunately, cheerios are not vegan.

While a lot of people believe that they should be because of their healthy, whole-grain nature, cheerios cannot be labeled as vegan-friendly because of the other ingredients that they are made with.

While the primary ingredients of cheerios are oats, other ingredients are added to the recipe to give cheerios their flavor and appearance.

Sadly, it is these additional ingredients that mean that cheerios cannot be classed as vegan. The first of these ingredients is white sugar.

This is such a common ingredient in so many different foods, and one that you might assume is vegan-friendly but in a lot of cases, it is not.

The reason that white sugar is commonly not vegan-safe is because of the ingredients used to give it its white appearance.

It is an unknown fact that this white color is commonly sourced from calcium carbonate which is found in animal bones. This is, of course, an animal by-product which is why it is not vegan-friendly.

Another ingredient that is included in cheerios that is not vegan-friendly is vitamin D3.

While vitamins are good for your health, this particular vitamin is commonly sourced from sheep wool lanolin which means that it is not vegan.

This is why regular cheerios are not suitable for vegans. Unfortunately, this means that their other varieties will not be safe for vegans either, so you should avoid cheerios if you are living a vegan lifestyle.

In short, unfortunately, cheerios are not vegan-friendly due to the additional ingredients included in the recipe.

This is disappointing as they are one of the healthiest cereals that exist, but thankfully there are lots of different cereals on the market, many of which are vegan.