For many people, dessert is the best part of a meal. After all, there’s nothing like finishing up with a delicious sweet dessert, such as anything chocolatey.

Jell-O pudding has been around for most of us for our entire lives. However, Jello (as we’ve come to call it informally) has a fascinating history of its own. For one thing, Jell-O is a brand, and gelatine is the core or generic product. It was the French people who first used gelatine for food.

The first reference to gelatine was in 1682 when Frenchman Denis Papin conducted experiments using the gelatinous material from the bones of animals. Gelatine is odor-free and flavor-free, so it’s an excellent base for different flavors. Plus, gelatine in animal products is pure protein. 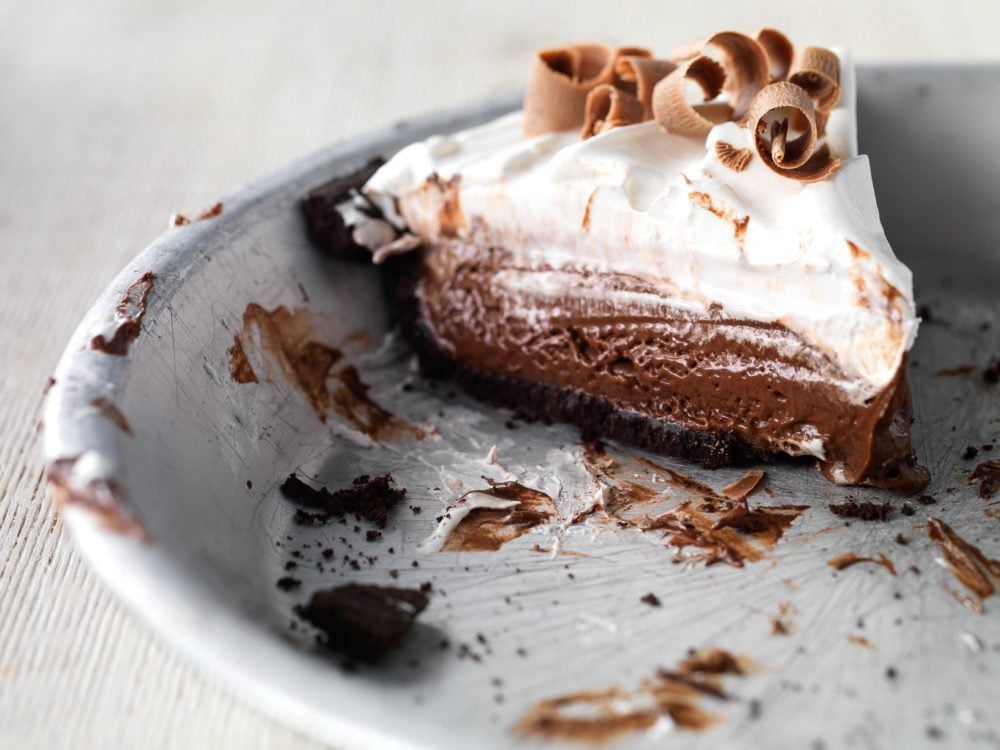 You might think that to get an impressive chocolate dessert, you need to spend a lot of time and effort in the kitchen baking. We’re here to tell you otherwise!

This no bake jello pudding pie recipe below is easy and delicious. This chocolate pie with whipped cream and chocolate shavings (chocolate curls) or cocoa powder on top is my family’s favorite.

There are plenty of no bake options when it comes to chocolate desserts, as there are types of cakes that don’t require any oven baking time at all!

That means that they’re a lot faster to make, they require a lot less effort, and they’re just as delicious!

Usually, these recipes just require some prep time, so that you can put all the ingredients together to form the dessert, and then some time in the refrigerator so that they set properly and are ready to enjoy!

Pros of a no bake chocolate dessert:

If you’ve never tried a no bake chocolate dessert, you might have your doubts about whether it’s worth it or not.

You might think that a cake made without putting it in the oven is far too weird to be just as good as one made without any baking.

It’s true that a no bake dessert isn’t the same as a cake baked in the oven, they’re different. But different doesn’t have to mean bad.

Here are some of the pros for making a no bake dessert, to prove that it’s a great option:

Baking a cake can require a lot of effort, and it can be quite tricky to get right so that the result is tasty and enjoyable. With a no bake chocolate dessert, there is no need to use an oven, as it won’t require any baking.

This means it’s a lot less effort, and a lot easier to make overall! It also means that it’s a great kitchen activity to do with children. As there’s no oven involved, it’s completely safe, and it will get the children involved in making their own food for later!

As a no bake dessert doesn’t require any oven time, you’ll be saving a lot of time. Once you’ve put it together, you just stick it in the refrigerator to set!

No need to spend a long time in the kitchen to make your own dessert. This also means that it’s great for making on days in which you don’t have as much time, or as a quick fun activity at home that won’t take up hours at a time.

No bake desserts are set in the refrigerator and are therefore best served cold. This makes them a great dessert option during the hotter seasons!

When you make a no bake dessert, you can set it in the refrigerator to enjoy that very same day, or you could set it in the freezer where it will be ready to enjoy at a later date. Meaning, you can make it days in advance! 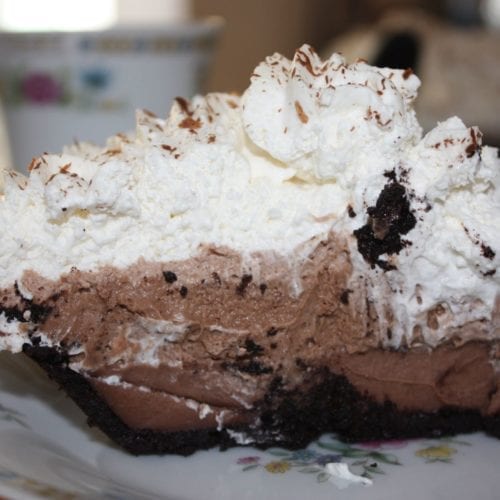 This recipe is very easy to follow, and it won’t take up a lot of time. In fact, your dessert will be done in less than 30 minutes! Also, as it’s a chocolate dessert, we’ve made sure it has plenty of chocolate layers to satisfy even the most demanding of chocoholics.5 from 6 votes Print Recipe Pin Recipe Total Time 34 mins Course DessertCuisine American Servings 4Calories 275 kcal

Select your favorite recipe.Organize all the required ingredients.Enjoy the food.